Alicia Vikander is a Swedish actress born on 03 October 1988. As a child, she acted in the production of the minor stage at the Gothenburg opera house. She joined as a dancer in the ballet at the Royal Swedish Ballet School in Stockholm. Now she is a professional actress of Swedish. She has been acting since 2002. So far, she performed in many films, T.V. shows and received many awards and nominations. Her fantastic performance in the various stage gave her a lot of fame and popularity.

Alicia acts through the English language. That’s why she is a well-known actress not only in Sweden but also in all over the world. She is primarily known for her leading role in several films such as Pure, Affair, Testament of Youth, Tomb Raider, and more. In this article, you will know everything about her activities. Have a look at the table below for a glance. 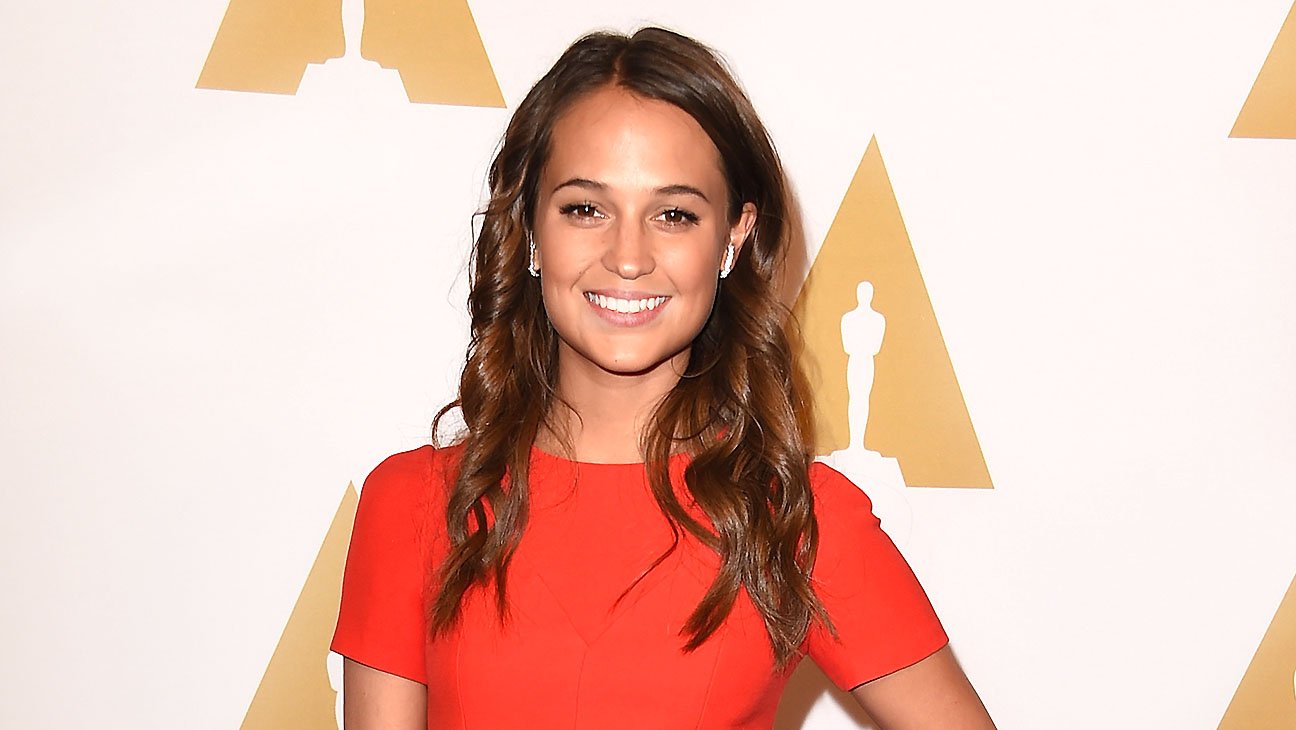 Then she cherished by her single mother. She has five siblings, all from her paternal side; she is the only child of her mother. She used to visit her father’s house every two weeks. She started acting when she was only seven years old. At an early age, she appeared on a drama at The Göteborg Opera, which was the production of Kristina från Duvemåla. She performed for over three and a half years on that stage. 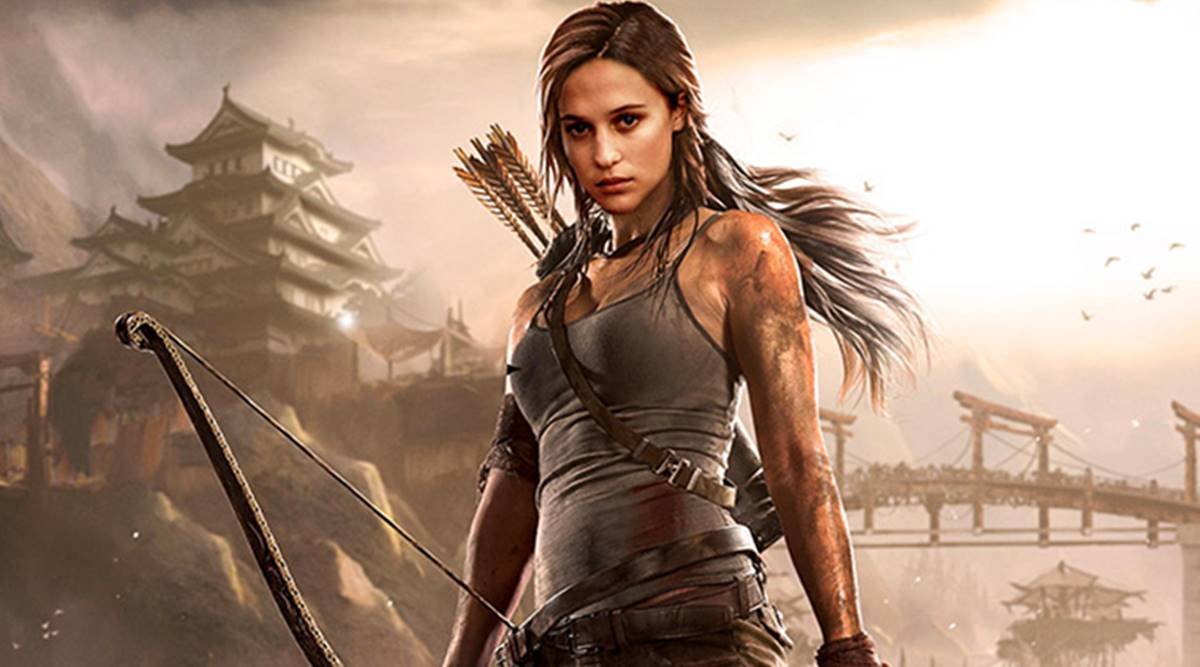 At the age of nine, she joined the ballet for learning dance. When Vikander was 15, she moved Gothenburg to ballet’s upper school in Stockholm and start living alone. Later, she attended ballet training in New York. Before she was 10, she participated in many more musicals such as Les Misérables, The Sound of Music. She won praise from the judges for her episode. 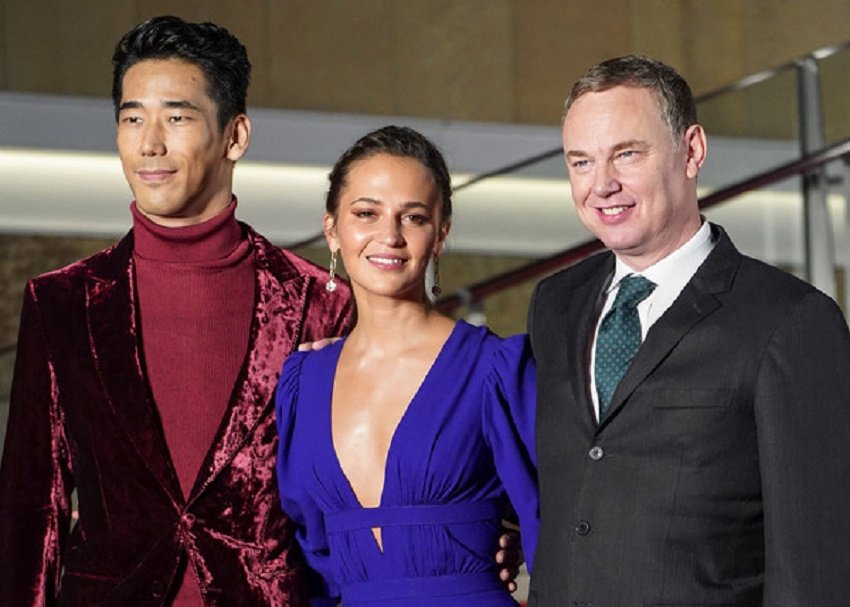 As a teenager, she suffered a significant injury that prevented her from making a dance career. Then she left the ballet school and focused on acting in television series with the director Tomas Alfredson. The director realized her passion for the performance, so he gave her a chance. That time she was sixteen years old. Later she auditioned for admission to drama school, but unfortunately, she was rejected twice. At one point, she was enrolled in law school but did not attend to fulfill her dream of becoming an actress.

In 2014, Alicia made a relationship with Michael Fassbender, an Irish actor. He is 11 years senior to her. For two years, they keep this relationship secret. In 2006 they made a public appearance at Golden Globes. They met in Australia and New Zealand in the film The Light Between Oceans. Finally, they got married on 14 October 2017, at the private ceremony in Ibiza, Spain. The couple is currently living in Lisbon, Portugal. 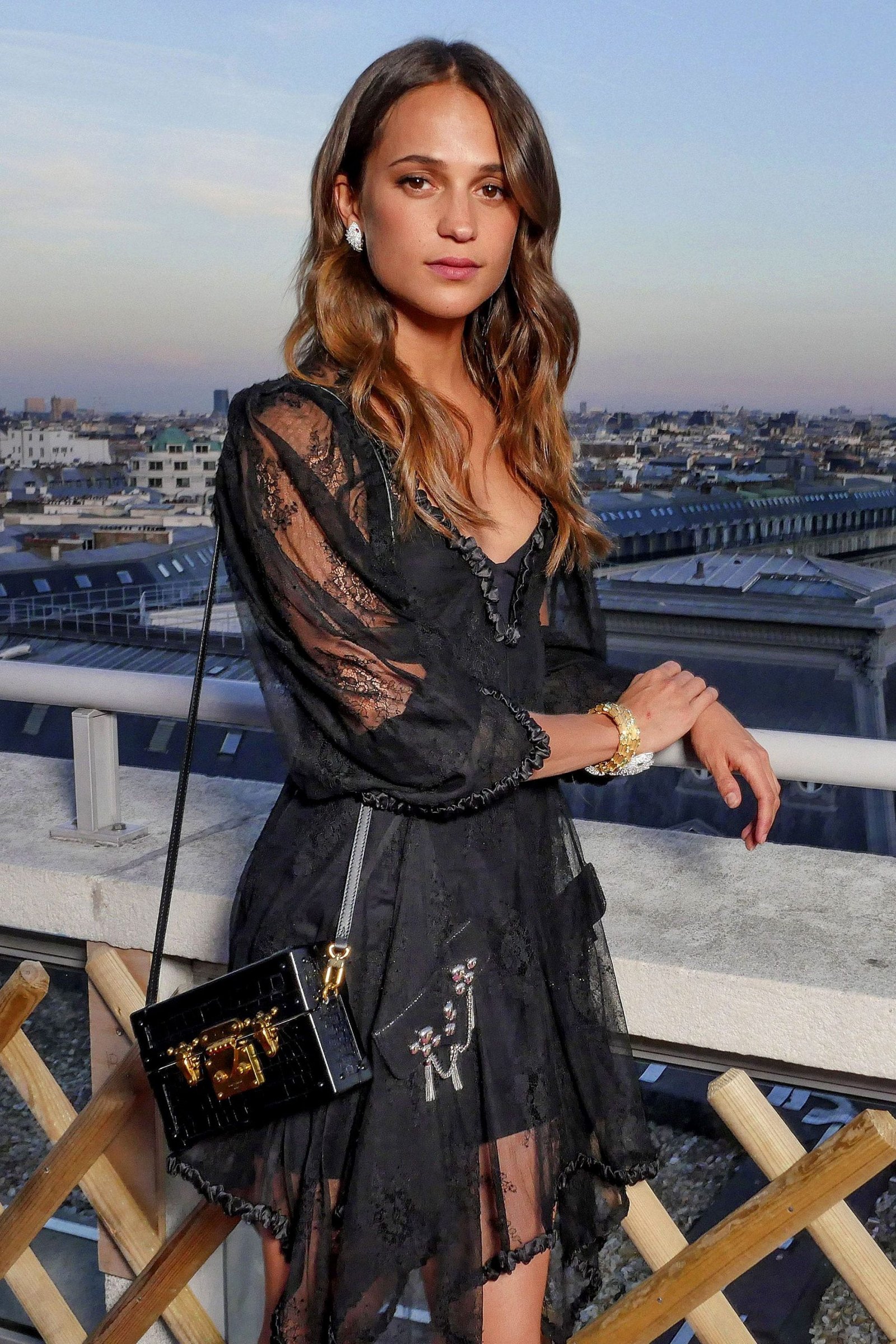 Alicia is a popular actress, and she has a lot of fans and followers. Young followers are excited to know about her physical structure. Here is the real info. Her height is 5 feet 5 inches in feet, 166 in cm, and 1.66 in meters. Her weight is 53 in Kilograms and 117 lbs in pounds. Now time to know her body measurements. Her body measurement is 34-24-35, where Bust – 34 inches, Waist – 24 inches, and Hip – 35 inches. Her eye color is Dark Brown, and her hair color is black.

Net Worth Of Alicia Vikander

Alicia is a professional actress in the Swedish film industry. She has been acting for 17 years. It means she is making revenue from the box office regularly. Without the film, she has been performing in television shows and advertisements as well. According to the recent update, her net worth is more than $7 million approximately, and it’s increasing. 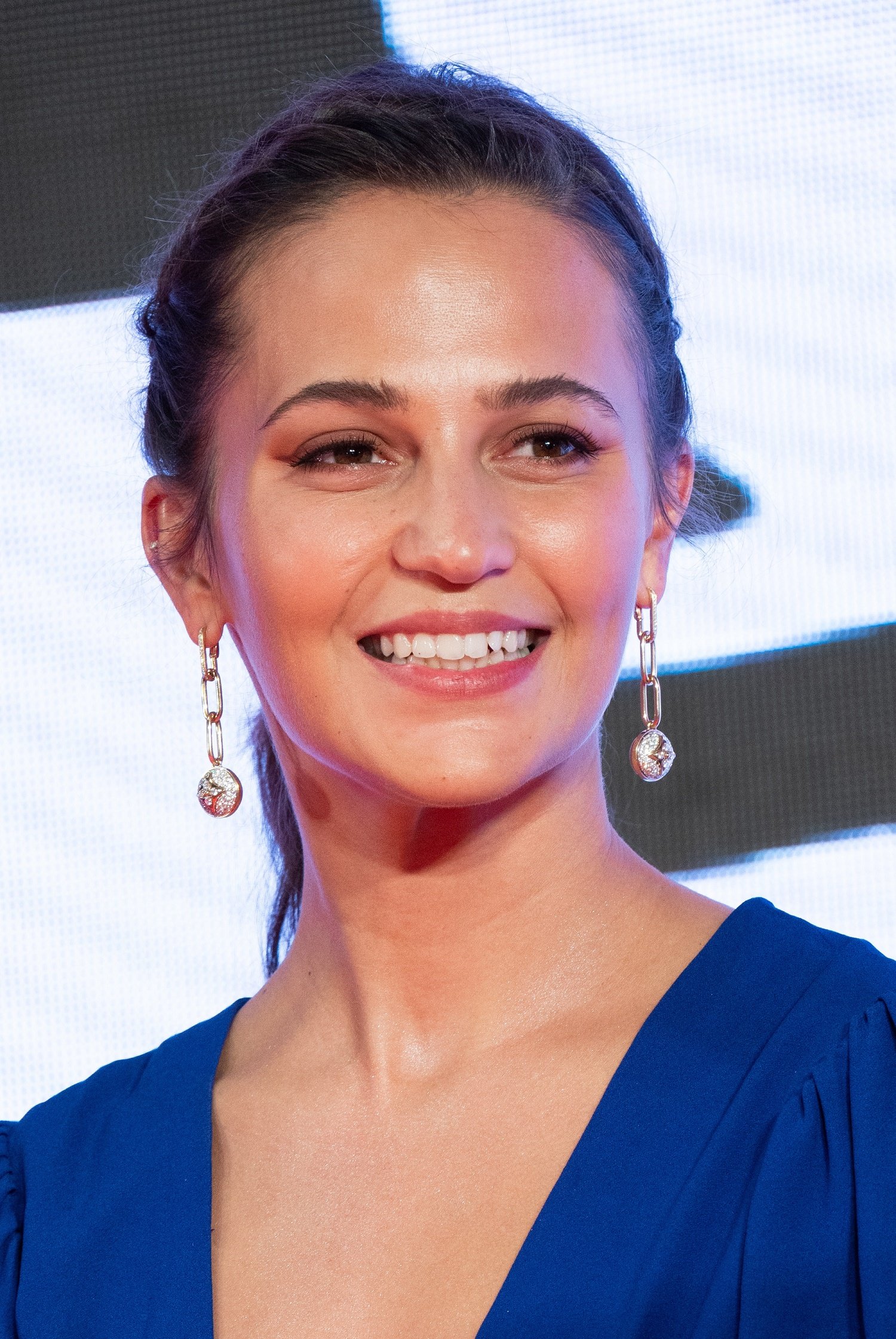 She has started acting as a career in 2002 on television shows and in 2006 in films. When Alicia started working when she was only sixteen years old, she performed on more than thirty-five movies and eight T.V. shows. In this section, you will get the highlight and know important information.

Her debut T.V. series is Min balsamerade mor. She acted there as the role of Ebba Du Rietz. It was released in 2002. IMDb rating is 6.3 out of 10, Osborn Bladini directed it.

This film was not hit; without it, she acted in more shows. Most of those were hitting on the release time. Here are the top five T.V. shows of Alicia. 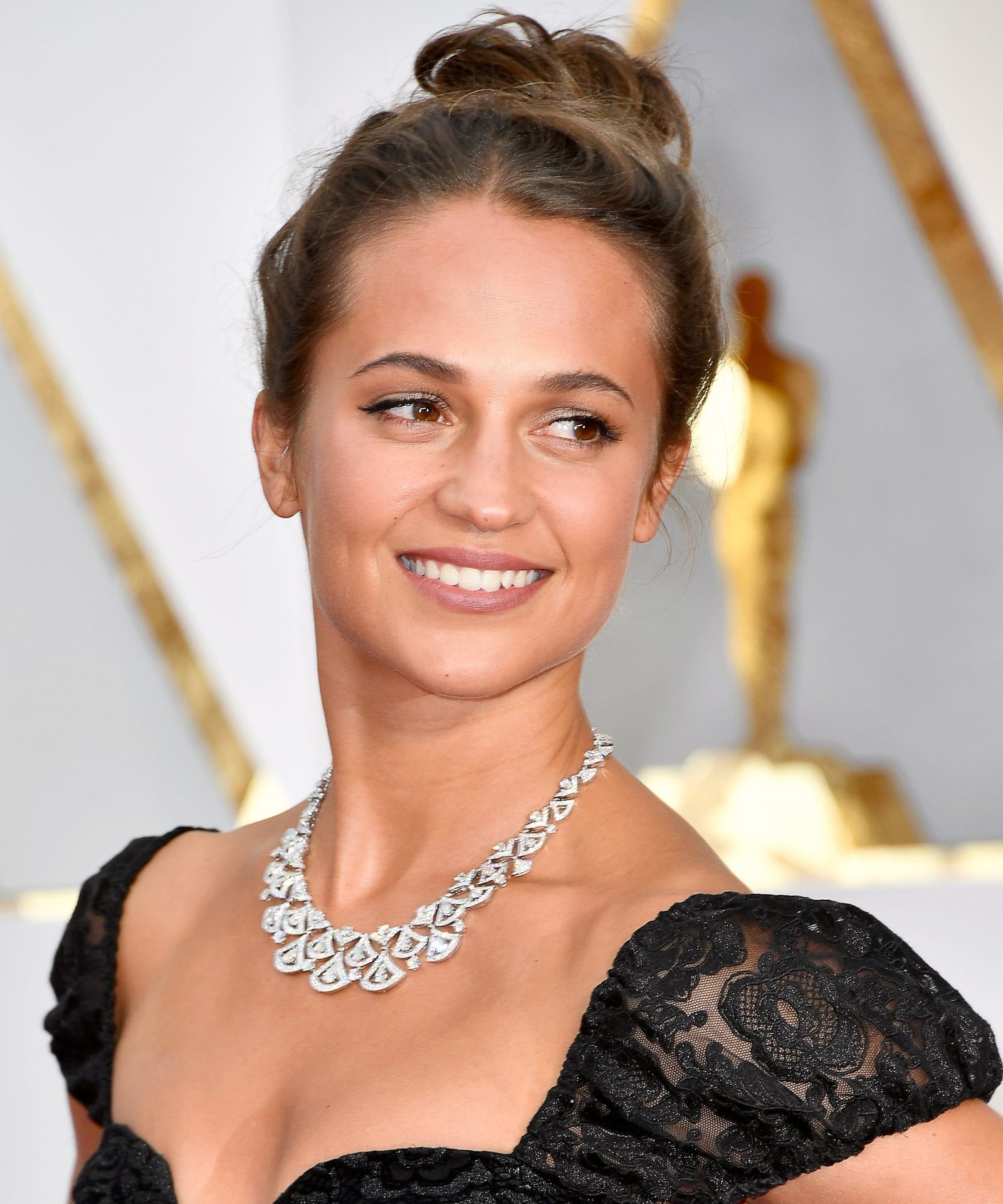 Alicia made her film debut in 2006, the name of her first movie is Standing Outside Doors. It was a short film directed by Stefano Rolando. The IMDb rating of that film is 6.8 out of 10. Then she played a leading role in the Swedish cinema called pure in 2010. In the same year, she won the Rising Star award at the Stockholm International Film Festival and Guldbagge Award for Best Actress in a Leading Role.

In 2012, she played an essential role as Fragancia Fernandez in a drama film The Crown Jewels. Alicia was selected as one of the 10 Actors to watch at the 20th Hamptons International Film Festival in the Breakthrough Performances of 2012 and received Editor’s Choice Award from the Elle Style Awards association.

She has also performed in the Hotell film. It was a Swedish drama film directed by Lisa Langseth. She acted as Erika and received Marrakech International Film Festival by jury president. In 2014, she praised after her performance in the Australian film Son of a Gun. It was released on 16 October 2014 and received mixed reviews from critics; most of those are positive. 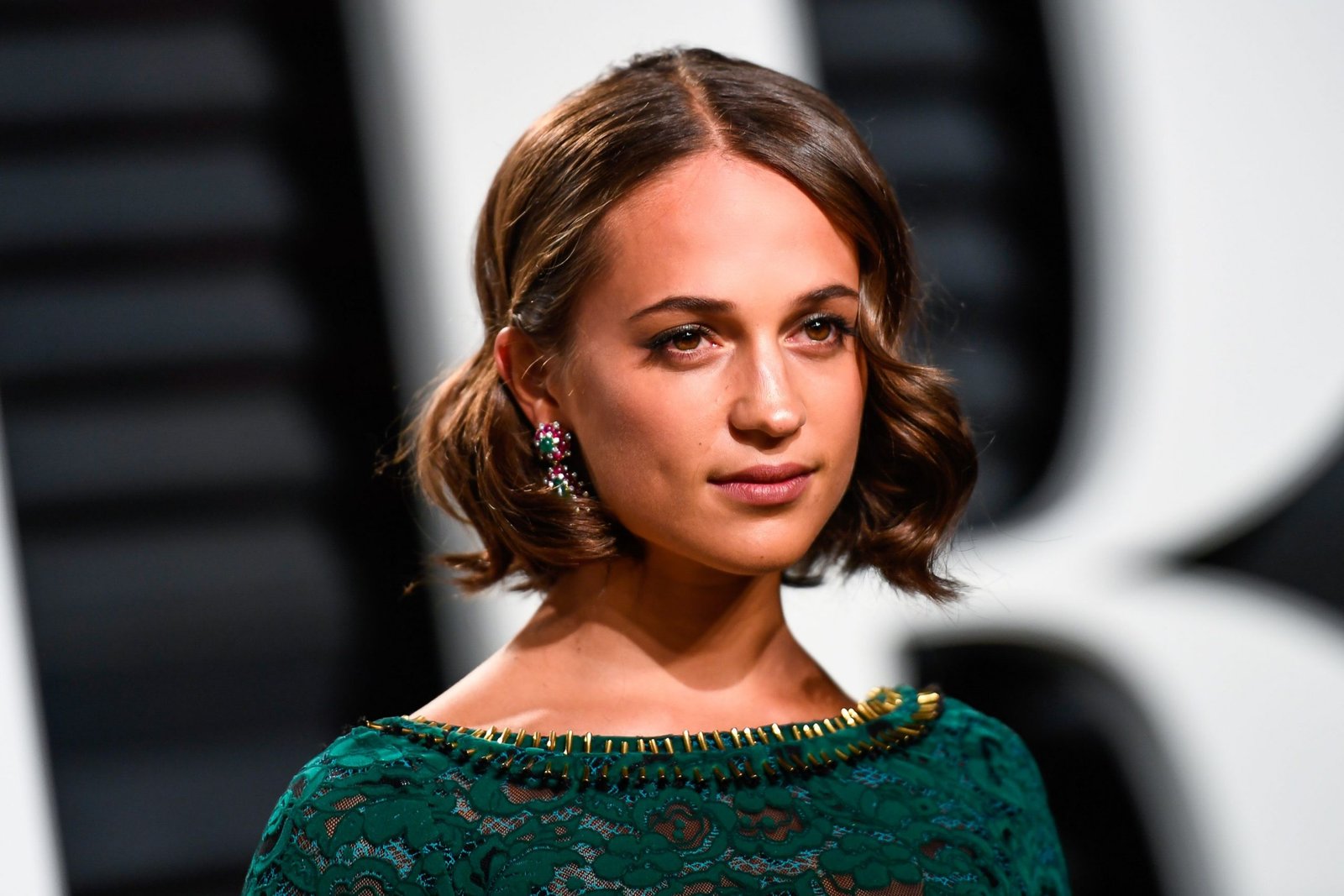 Besides, she worked in many films, and all were not hit. That’s why we don’t know about it. If you are a real fan of Alicia, I’m sure you want to watch out the best films about her. Here are the top five movies of Alicia Vikander. 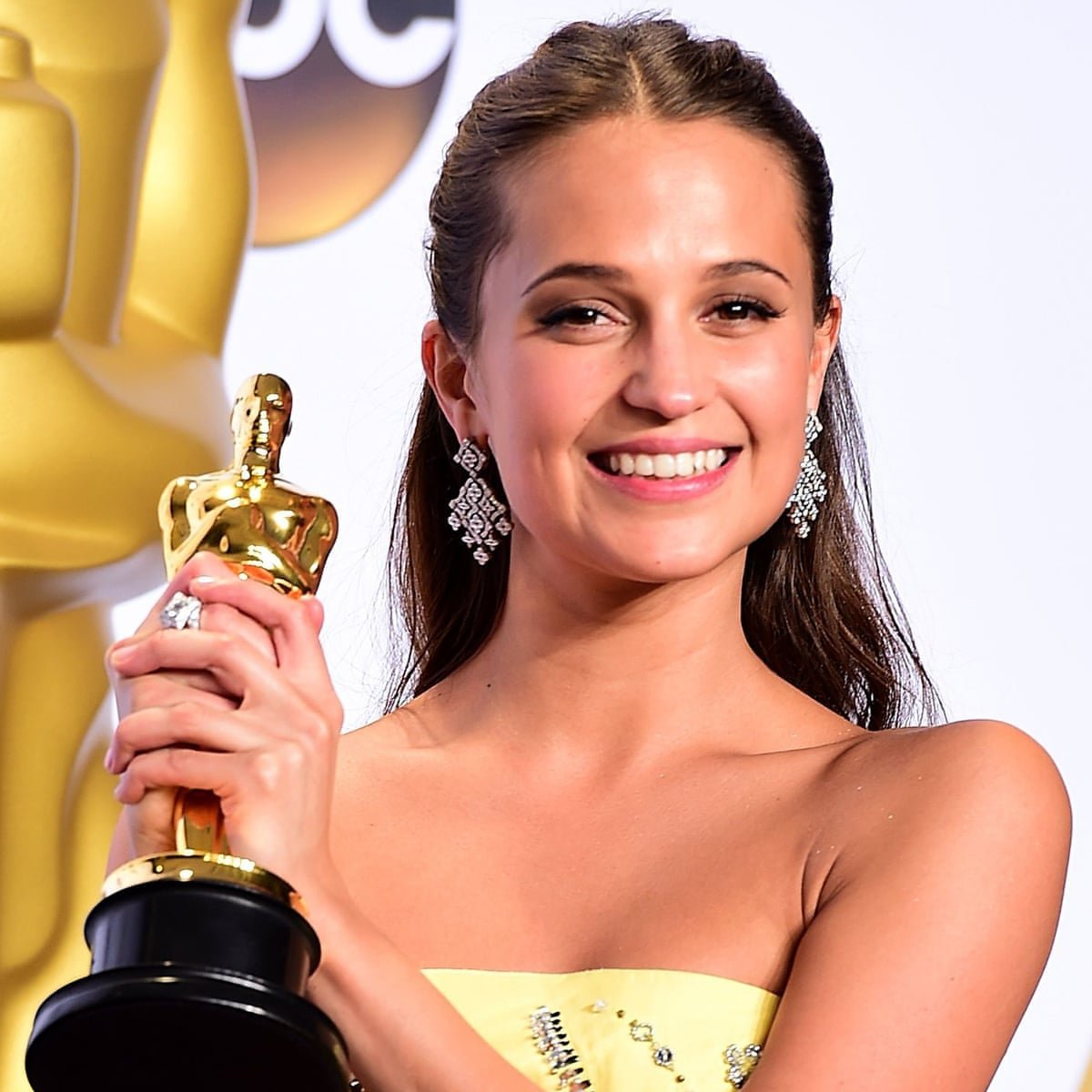 As I said earlier, Alicia has been acting since 2002. It’s more than 17 years. In her acting life, she got a lot of fame and popularity around the world. Especially when it comes to Swedish actress, you have must come with Alicia’s name. At this moment, she has numerous fans and followers on social media platforms.

For her amazing performance in the films and T.V. shows, she received more than thirty awards and seventy nominations. If you analyze her career, you will surely agree that Vikander is thriving as an actress. Here is the quick info of awards.