Blake Lively is an American actress born on August 25, 1987. She has been acting for more than 20 years. In her acting career, she appeared in many films, including The Sisterhood of the Traveling Pants, The Private Lives of Pippa Lee, Elvis and Anabelle, The Age of Adaline, Hick and more. Her best role includes as Serena van der Woodsen in The CW Television Network drama series Gossip Girl (2007–2012).

For her leading role, she received a good number of awards and nominations. She received her first award in Gossip Girl at Teen Choice Awards for Choice TV Breakout Star-Female and Choice TV Actress Drama. After receiving the award, she started to work better with encouragement and achieved more. In this article, you will know everything about her complete life, including early life, education, film Career, success. Take a look at the table below for a quick overview of the necessary information. 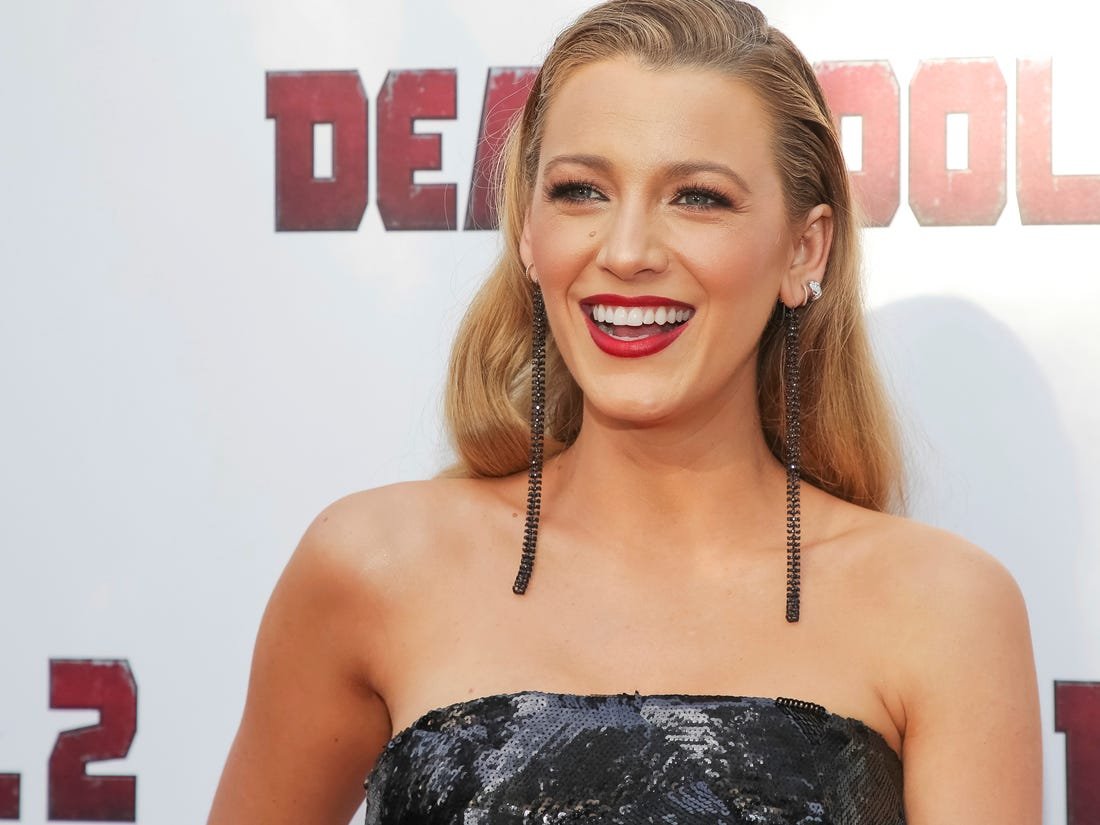 Blake Lively was born on August 25, 1987, in Los Angeles, California, Blake Ellender Lively was her birth name. She is also known as Blake Reynolds. Her father’s name is Ernie Lively (né Ernest Wilson Brown, Jr.), an American actor and coach and her mother’s name is Elaine Lively (née McAlpin), an actress, known for Return to Zork (1993). Blake is of English, Irish, and German descent. She has four siblings: 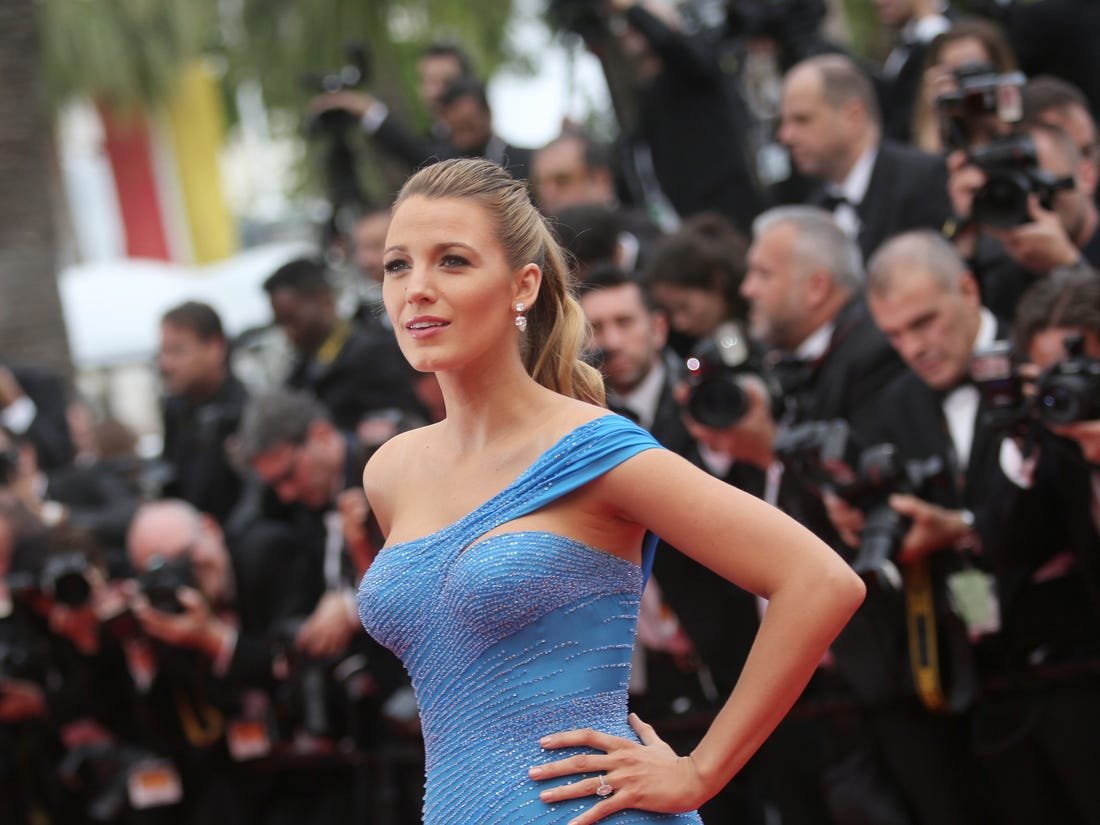 Most of her relatives are associated with acting and entertainment industry. Her half-sisters and half-brother are from the previous marriage of her mother. Her grandparents are Beatrice Gray Walton and Ernest Wilson Brown. 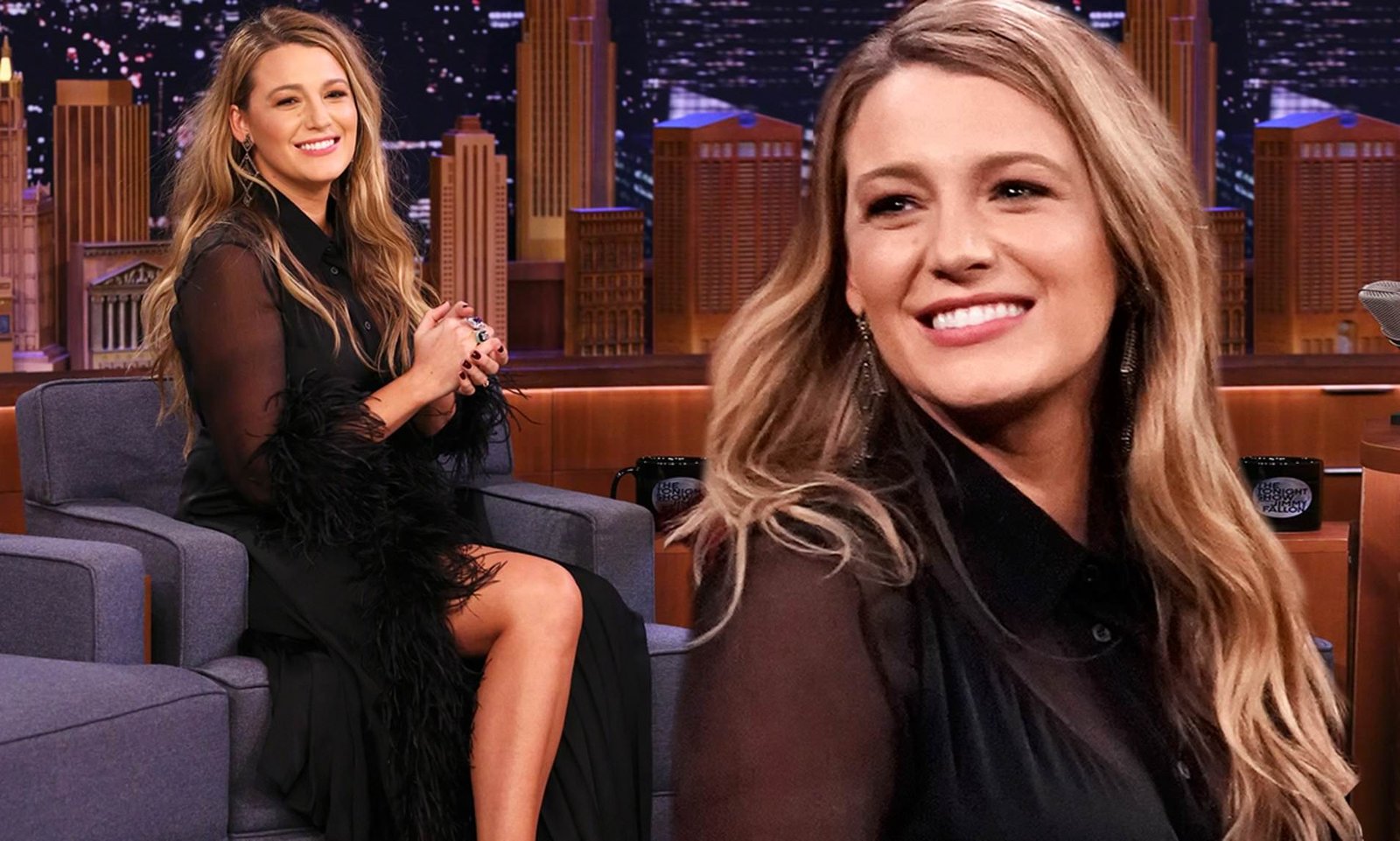 During her childhood, her mother used to take her acting classes regularly, which helped her a lot to learn acting correctly and give a lot of confidence to enter the film industry. Lively started acting when she was only ten years old, although initially she was not interested in acting and wanted to study at Stanford University. Then she attended Burbank High School Burbank, California. She was a cheerleader as well as class president.

Kelly Blatz: In 2004, she was in love with an American actor and musician Kelly Blatz. It was the first relationship of her. Kelly was the crush of Blake since childhood. During the shooting of Simon Says, they became closer together and started a relationship. The relationship lasted until 2007. 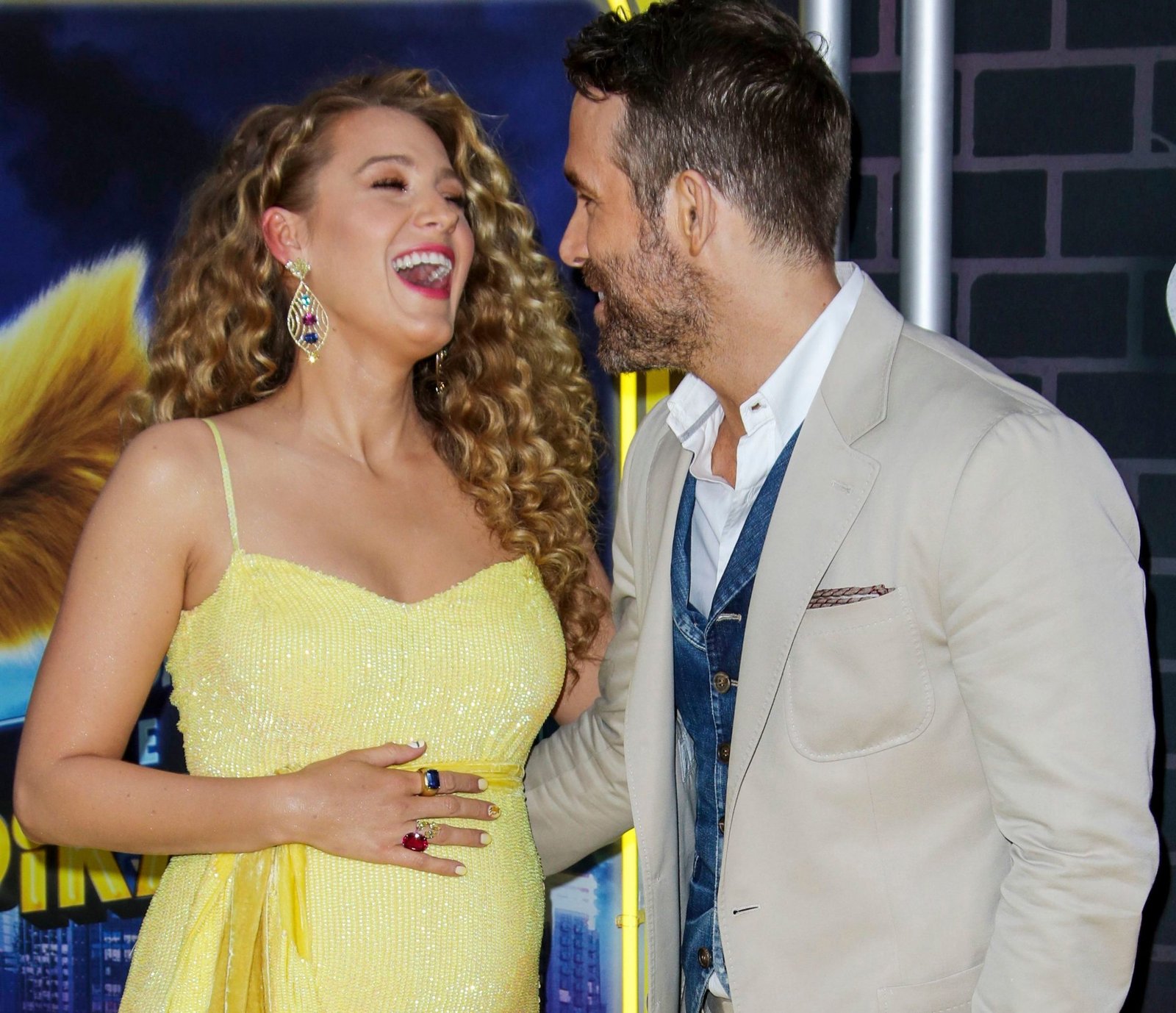 Ryan Gosling: Blake was rumored to be dated with a Canadian actor and musician Ryan Gosling. They are just friends, but the rumor was spreading when they were seen in a romantic moment at Disneyland Park. 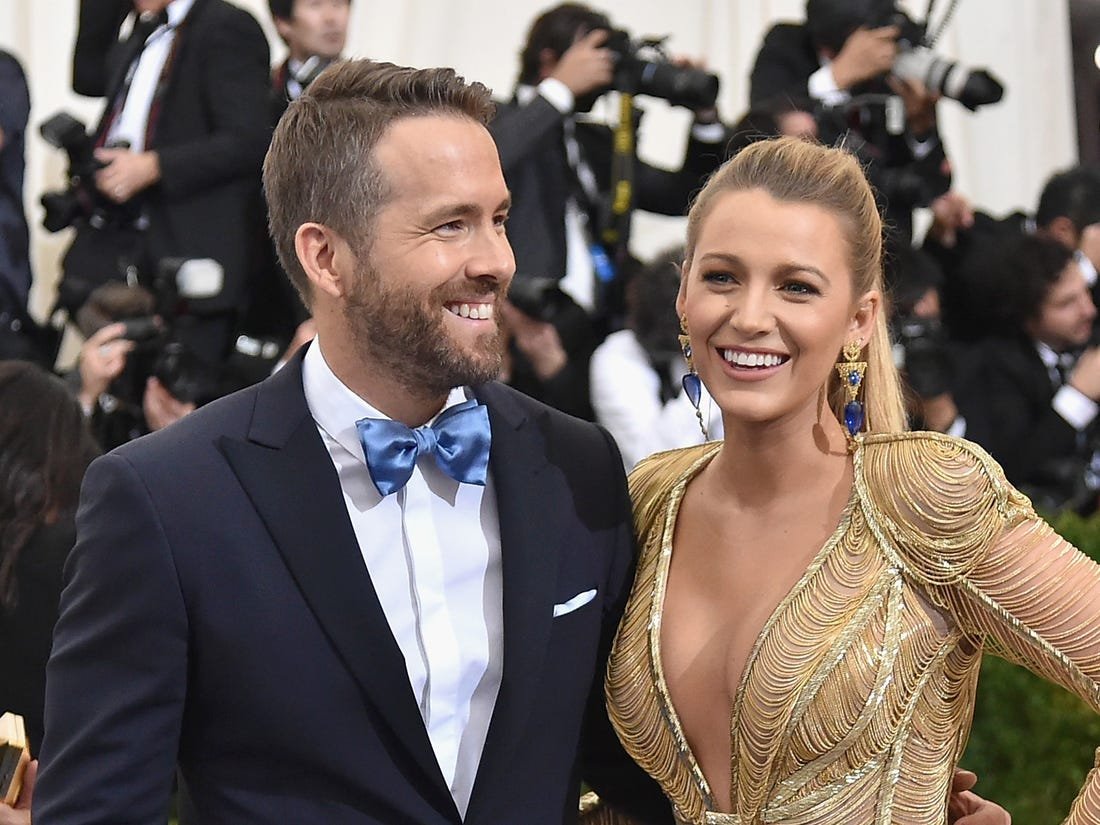 Leonardo DiCaprio: In 2011, she involved in love with an American actor, producer, and environmentalist Leonardo DiCaprio. They were spending time and enjoying themselves in the United States and France from May 2011 to October 2011. Eventually, they separated from each other because they were not serious.

Ryan Reynolds: In 2012, she began dating a Canadian-American actor, comedian, film producer, and screenwriter Ryan Reynolds. With whom she appeared in Green Lantern. They got married on September 9, 2012, in Mount Pleasant, Charleston County, South Carolina at Boone Hall Plantation. Blake’s engagement ring was designed by Lorraine Schwartz and purchased for $12million. They have welcomed three children and living together happily. 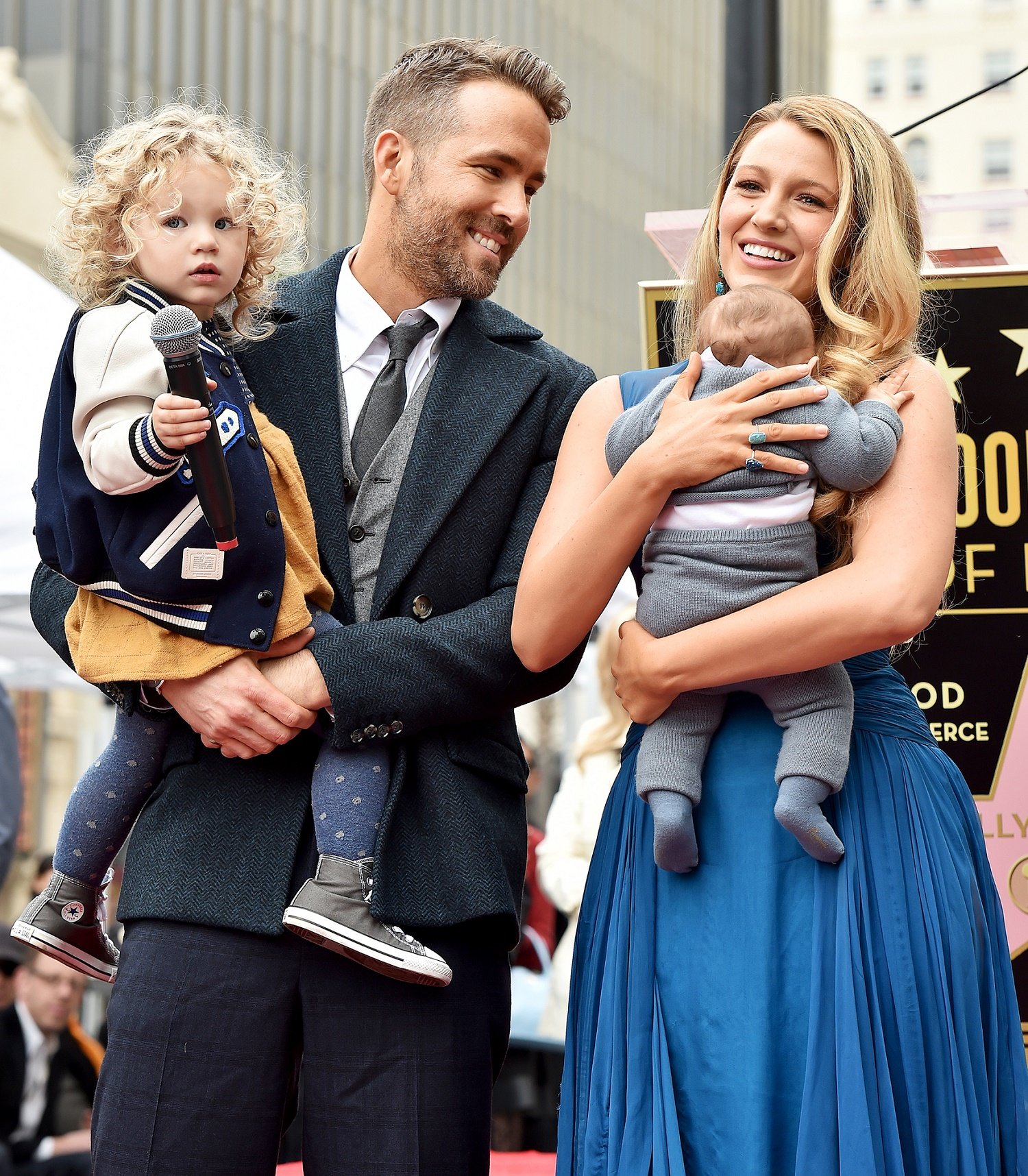 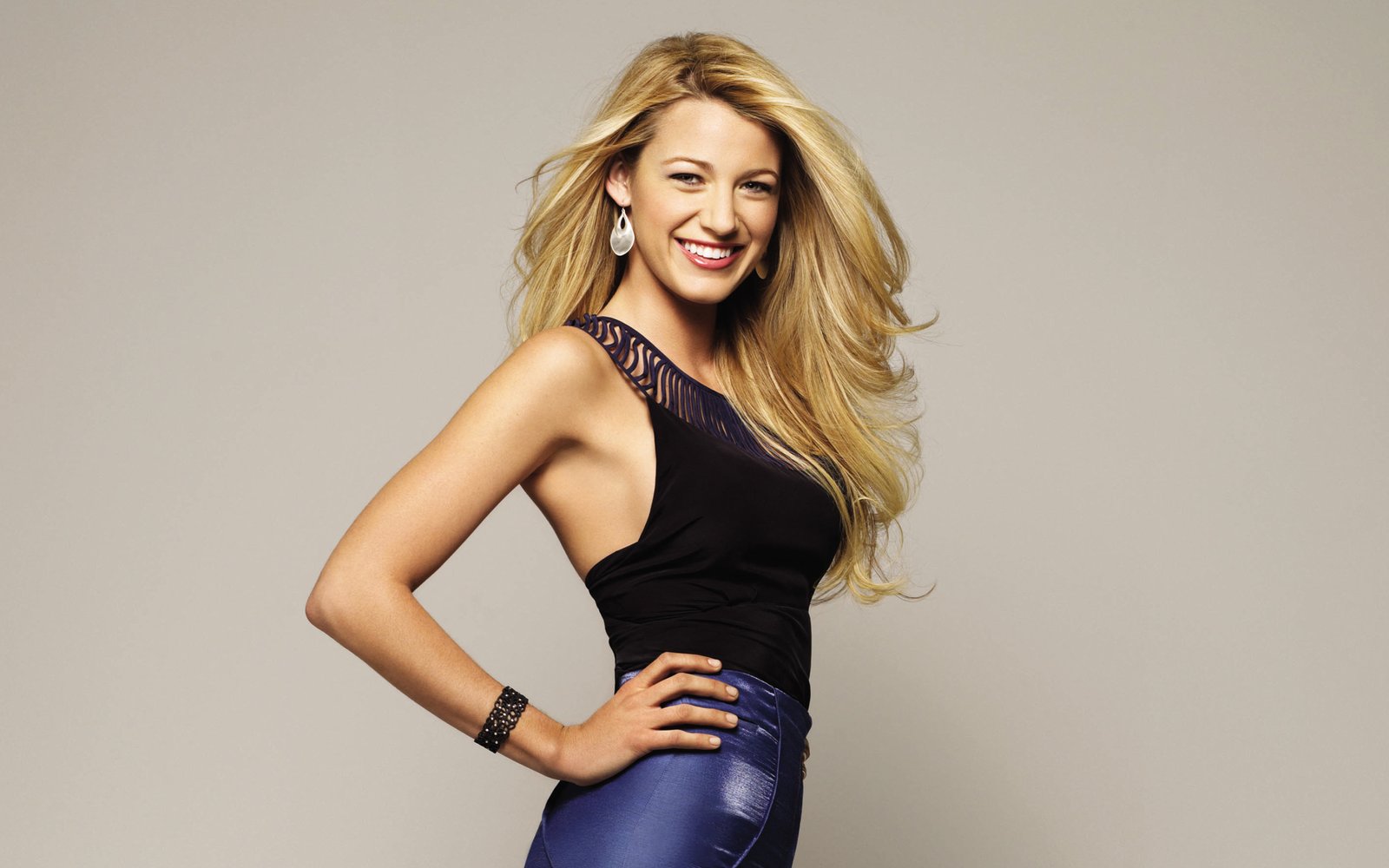 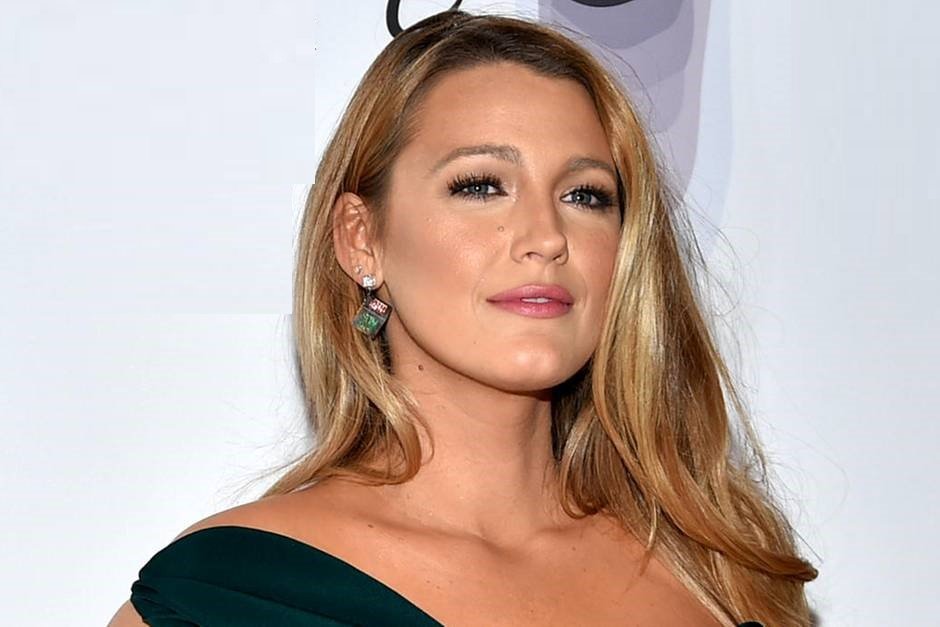 The career of Blake Lively

In 2005, she started acting professionally as Bridget Vreeland in American comedy-drama film The Sisterhood of the Traveling Pants. For her performance, she was nominated at Teen Choice Award for Choice Movie Breakout Performance – Female. 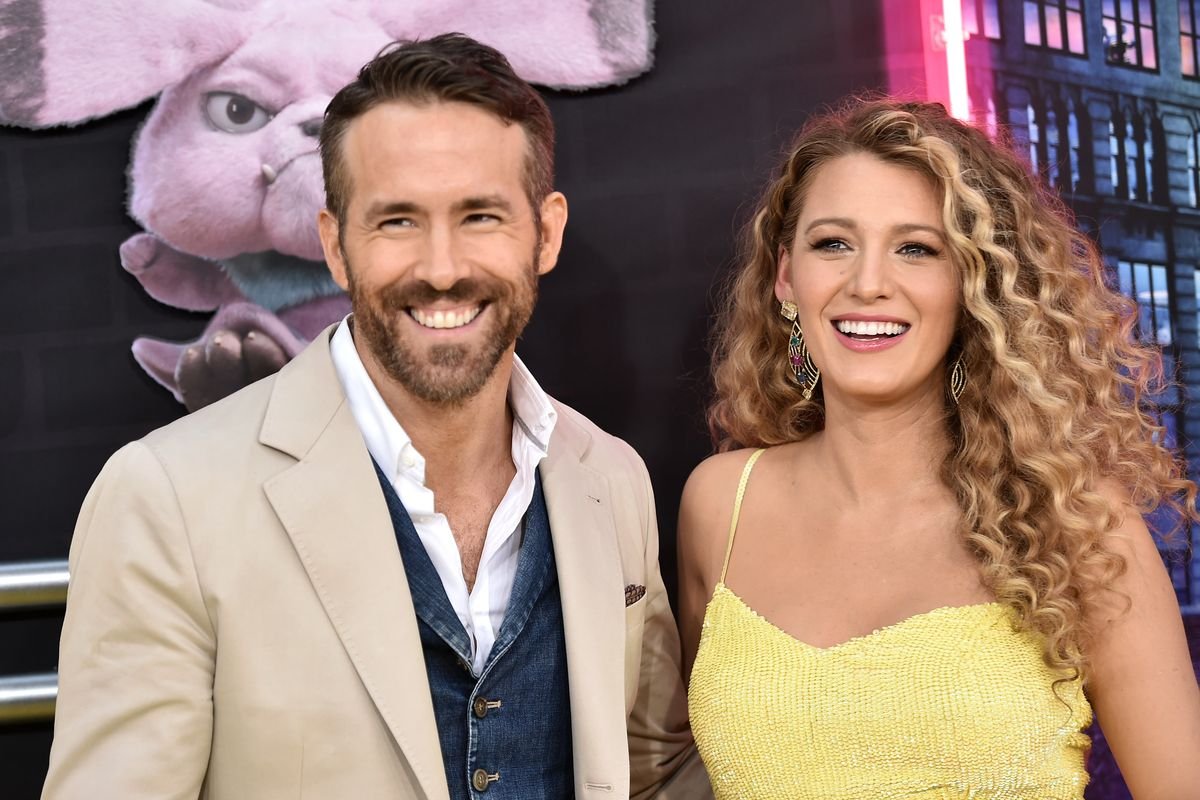 In 2006, she appeared in an American comedy film Accepted. After that, she performed as Jenny in a horror film Simon Says. For which she received Breakthrough Award at Hollywood Life although she played a minor role.

In 2007, she played a role in an American romantic drama film Elvis and Anabelle. She acted as Anabelle Leigh and from which she received Achievement Award-Breakout Performance at the Newport Beach Film Festival. In the same year, she started acting in an American teen drama television series Gossip Girl, a series of The CW TV by Cecily von Ziegesar. It was based on novel series of the same name where she played a role as Serena van der Woodsen until the end of the series. 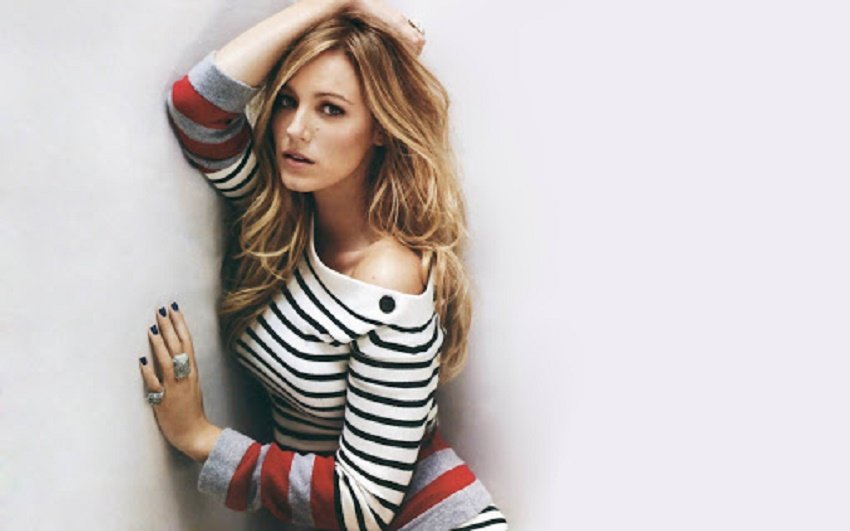 In 2008, she worked for an American comedy-drama film The Sisterhood of the Traveling Pants 2 as the role of Bridget Vreeland. Next year Blake appeared as Gabrielle DiMarco in an American romantic comedy-drama anthology film New York, I Love You; which consists of 3 short films. Her next film was The Private Lives of Pippa Lee, a romantic comedy-drama film. It was premiered at the 59th Berlin International Film Festival and released on November 27, 2009, in the United States.

In 2010, she got a breakthrough as the role of Krista “Kris” Coughlin in a crime thriller film The Town. For which she received awards at the National Board of Review for Best Ensemble Cast and at the Washington D.C. Area Film Critics Association for Best Ensemble. She was also nominated for Best Supporting Actress at San Diego Film Critics Society. 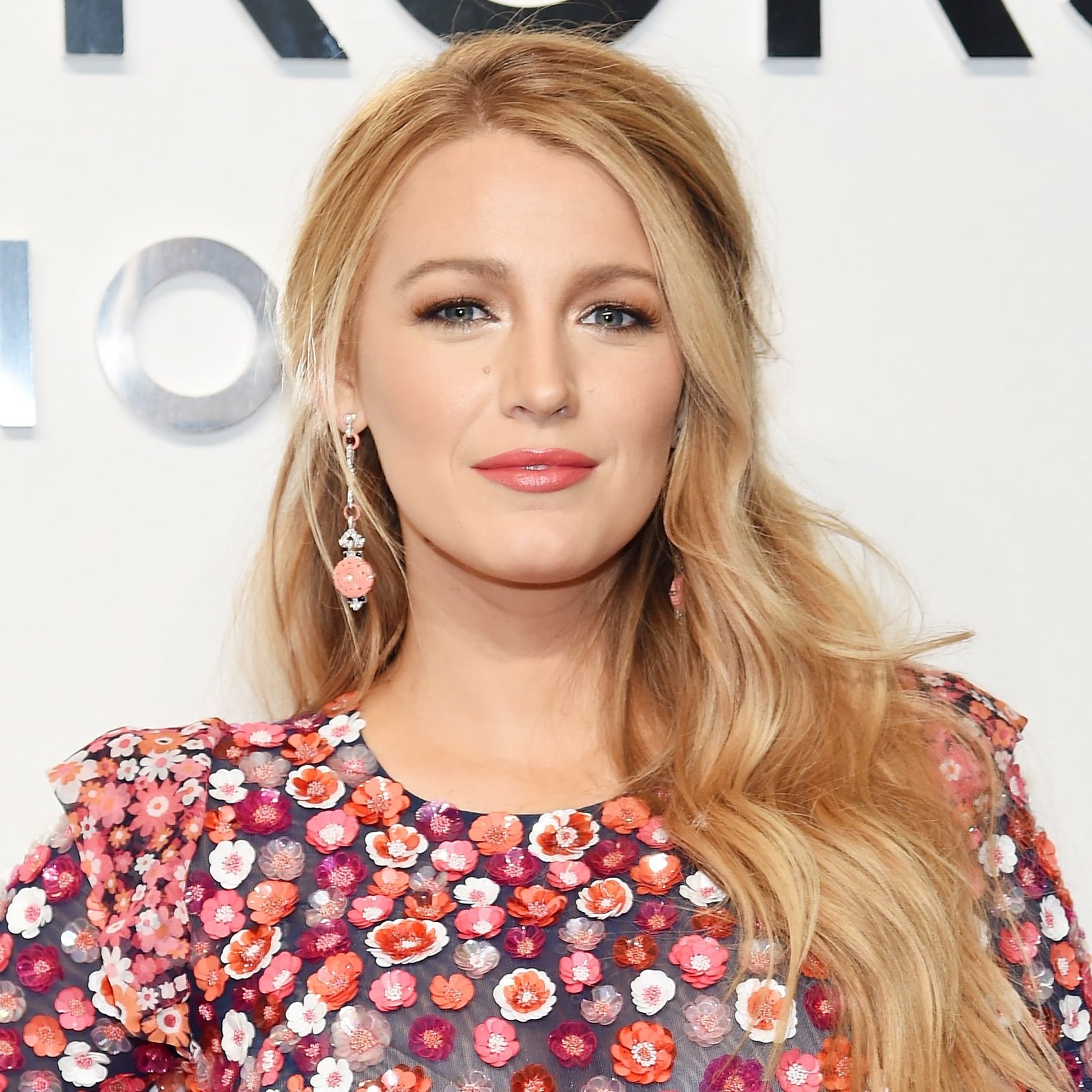 In 2011, she played an important role as Carol Ferris in an American superhero film Green Lantern. She and her current spouse actor Ryan Reynolds was the main character of the film. In which she received nominations at Teen Choice Awards and Jupiter Award. Her next appearance as Glenda, an American comedy-drama film Hick. It was released on September 10, 2011 at Toronto International Film Festival and on May 11, 2012, in the United States.

In 2012, she appeared in a crime thriller film Savages directed by Oliver Stone. She played a leading role as Ophelia “O” Sage. It was released on July 6, 2012, in the United States. 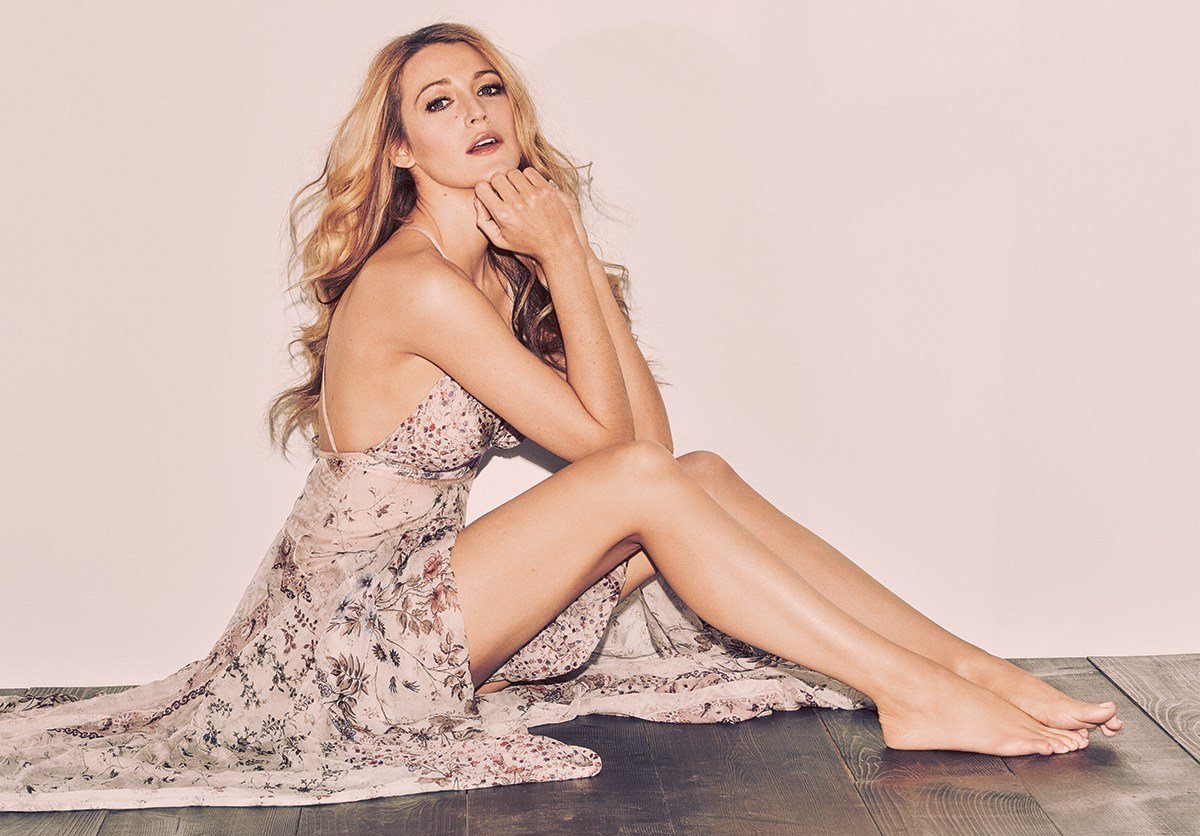 In 2015, she and actor Michiel Huisman played a leading role in an American romantic fantasy film The Age of Adaline. She was acted as Adaline Bowman. The film was popular in the release time and received many positive responses from the critics. In the film, she nominated for Choice Movie Actress: Drama at Teen Choice Awards.

In 2016, she starred in just one film called The Shallows. It was a survival horror film directed by Jaume Collet-Serra. She played a leading role as Nancy Adams. As a result of her outstanding performance, she received Favorite Dramatic Movie Actress Award from the People’s Choice Awards and nominated for Best International Actress and Choice Summer Movie Star: Female. In the same year, she also appeared in a romantic comedy-drama film Café Society. It was released on May 11, 2016, at the Cannes Film Festival and on July 15, 2016, in the United States. 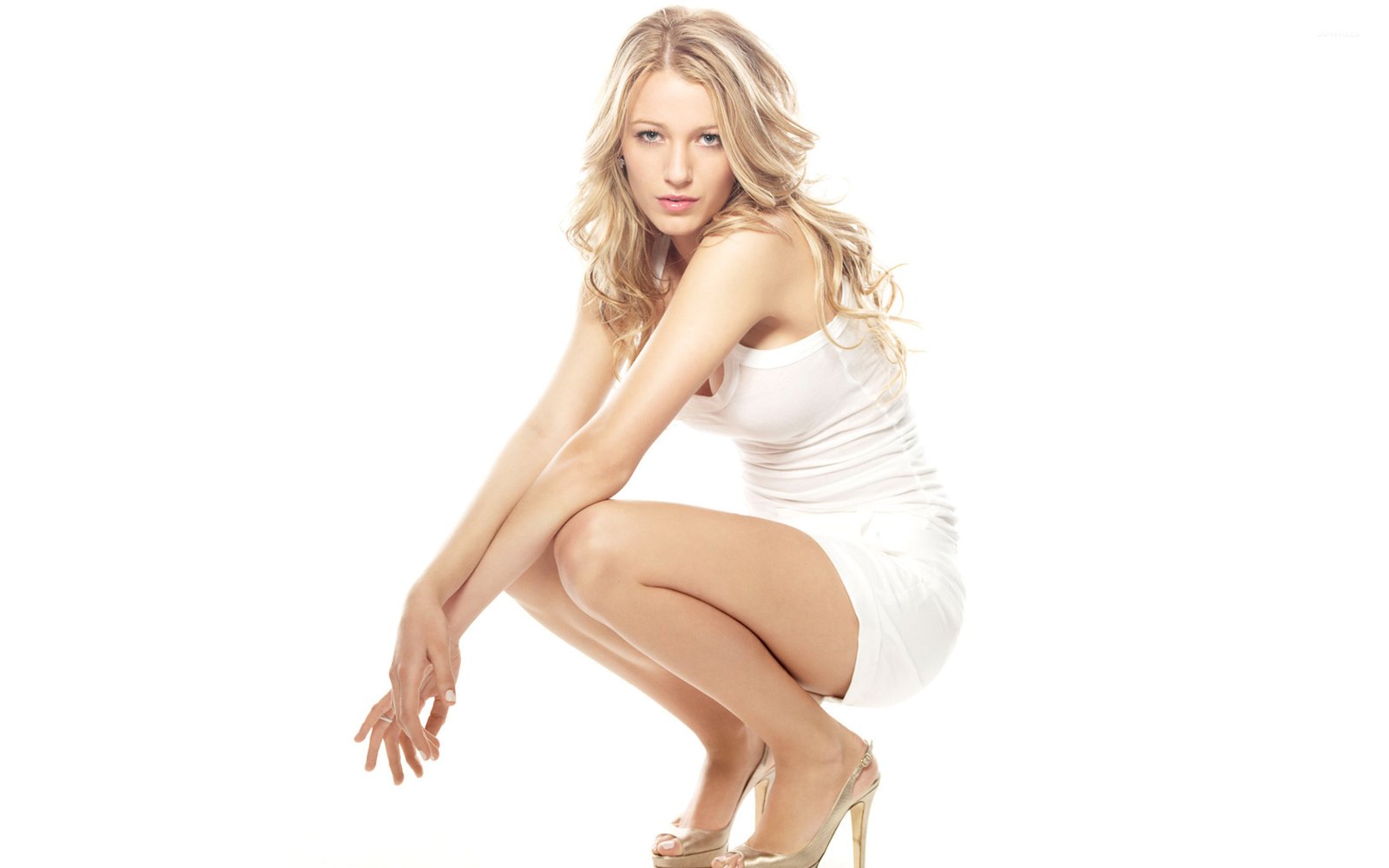 In 2017, she was working as Gina in a psychological romantic drama film All I See Is You. It received mixed reviews from the critics even if she played a leading role and performed well.

In 2018, she appeared in an American comedy-thriller called A Simple Favor. Her role was Emily Nelson/Hope & Faith McLanden. The film grossed $97.6 million in the box office where the budget was only $20 million; it was also a commercially successful movie. 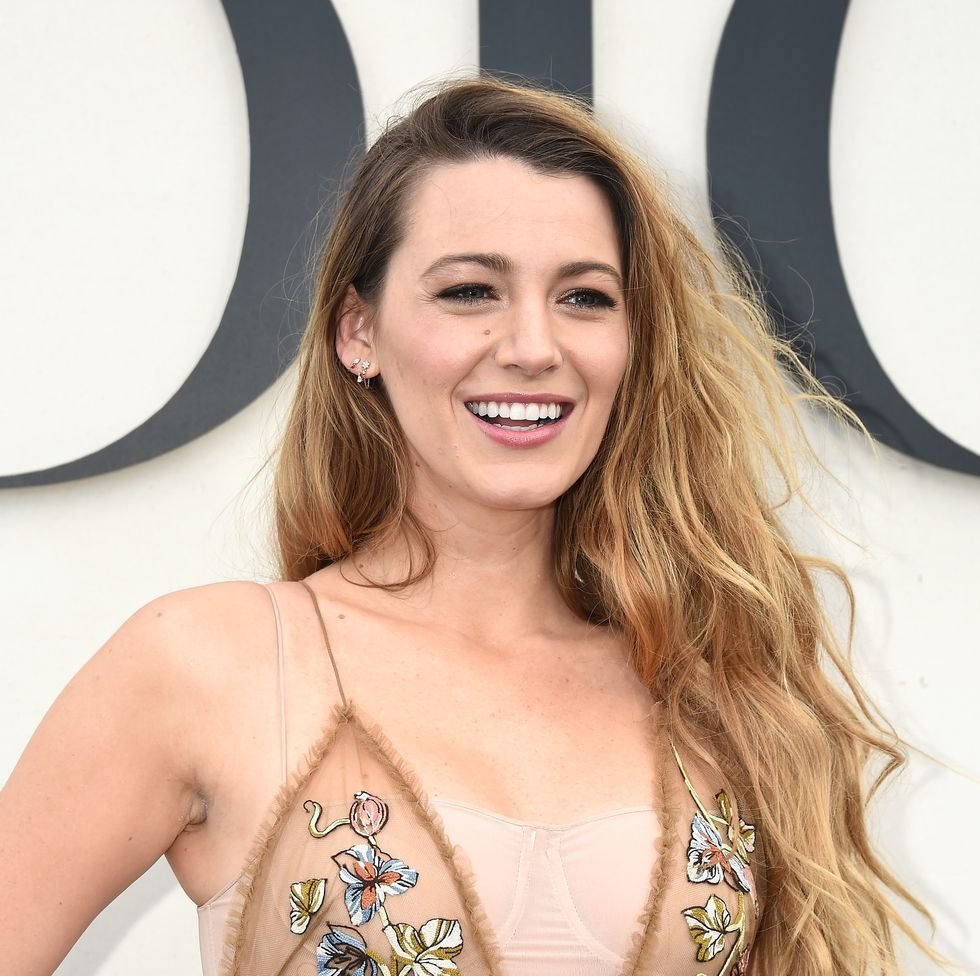 According to the updated status of 2020, the net worth of Blake Lively is $15 million approximately. At this time, she is working to improve herself. Hopefully, net worth will be increased in the next year. 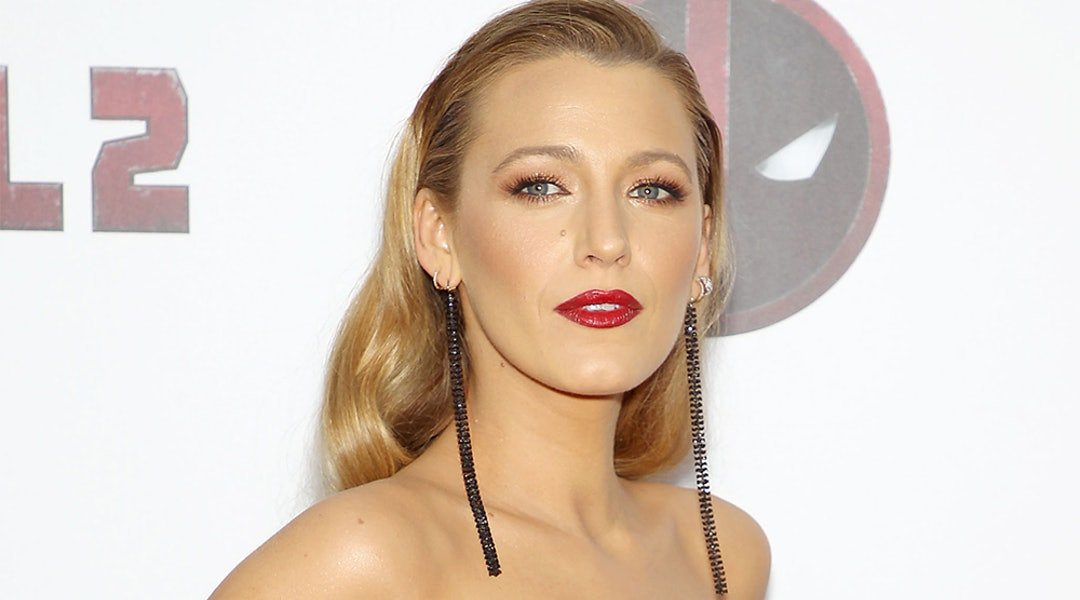 Blake has been acting since 1998. She acted in many films and TV shows so far; her successful work is Gossip Girl series and The Town film. From which, she received a good number of awards and nominations. Here is brief information about it.