Jeet is the most popular, talented, and successful actor in Bengal. He was born on 30 November 1978. Chandu was the first film of him. Jeet was working many successful blockbuster movies in Boxoffice. He married Mohona Ratlani (School Teacher) in 2011. His Net Worth is 2 million dollars. Now see Jeet biodata. 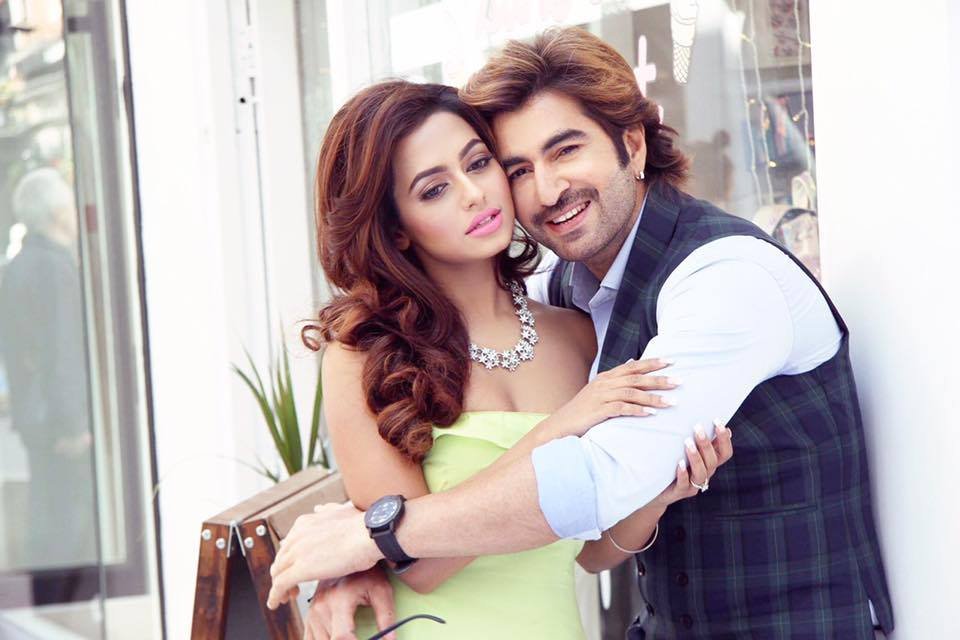 Bengali actor jeet was born was 30 November 1978 in Kolkata, India. He was studied at Andhra Association School and St. Joseph & Mary’s School. After completing school life, he was admitted to the National High School. From the Bhawanipur Education Society College, he was compilated his graduation degree that under the University of Kolkata. 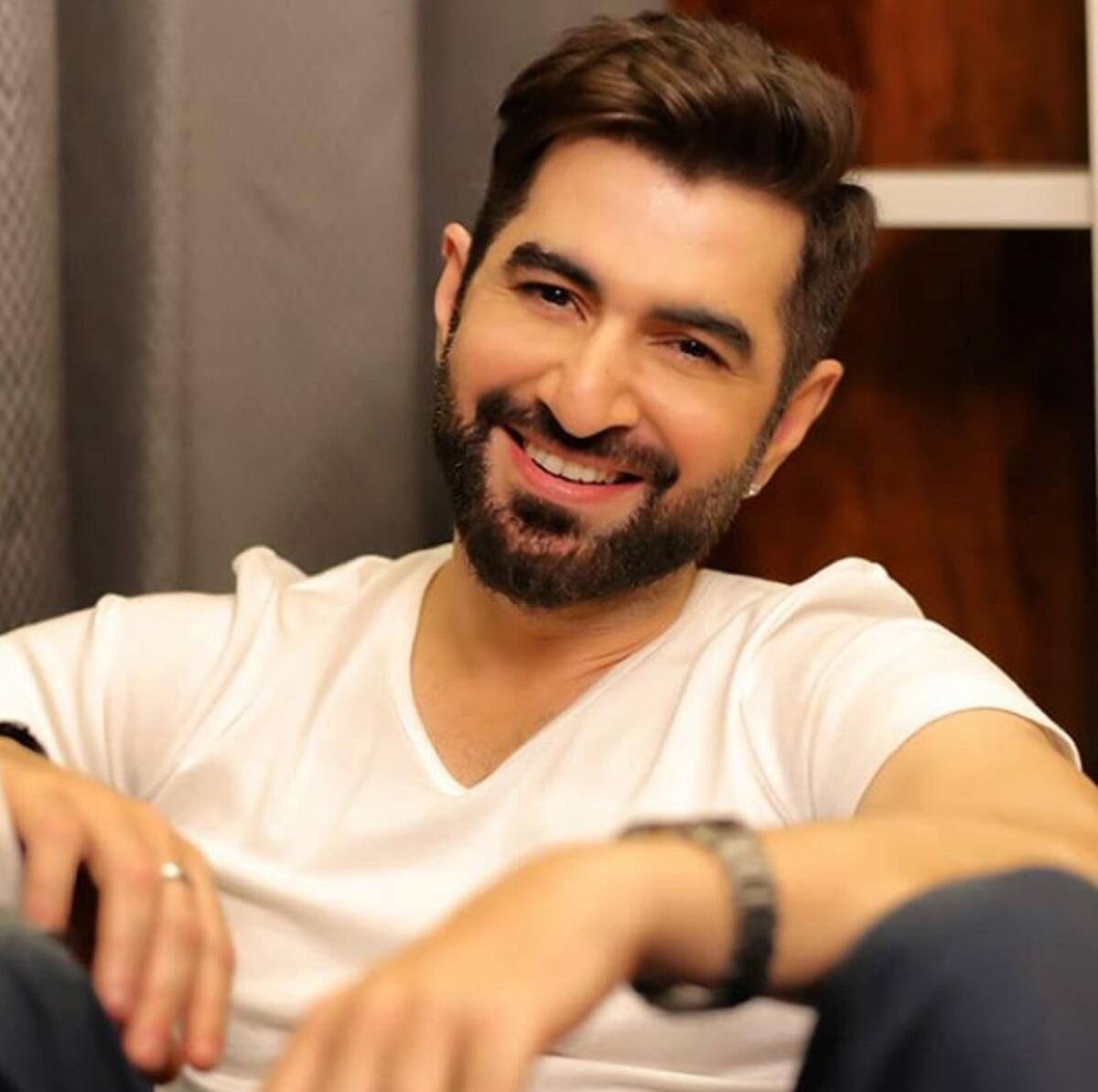 He was fascinating concerning creative work from his school days; occasionally, he decided to emulation of famous artists working at his young age. Nevertheless, he sought to showbiz arena in an attempt to test his luck in the movie industry by a request of his friends.

Jeet was started his career with modeling. Then he was shifted on the TV serial, and the first serial name was Bishabriksha, and Bishnu Palchaudhuri was the director. The Tv serial was running on the TV in 1994-1995. He played the Taracharan role. 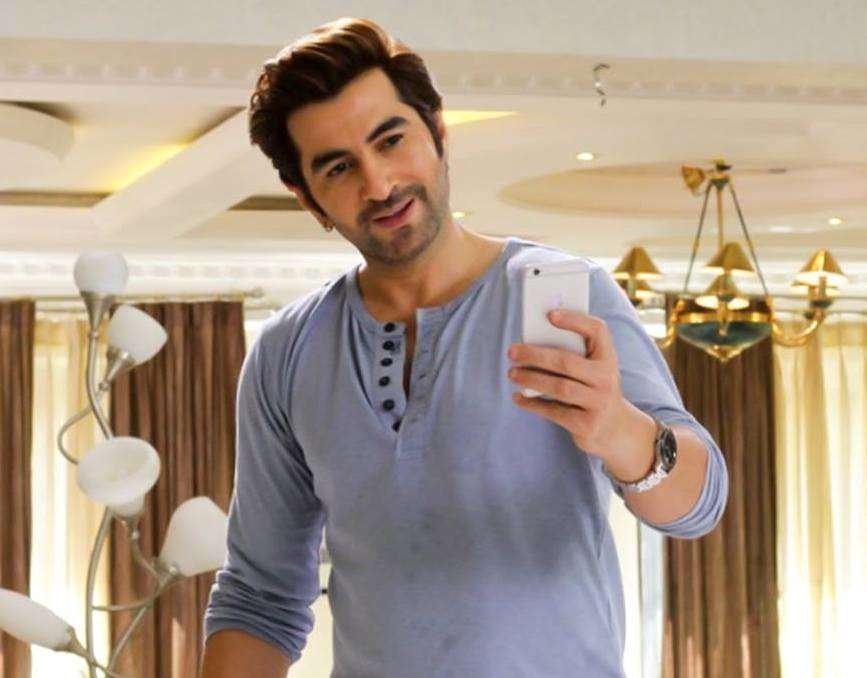 After acting on the Tv serial then he moved on to the movie in 2001. Chandu was the first film of him, which was released on 10 May 2002. This movie was the Kannada romance-drama film, and Arun Prasad P.A. doctored it. Sonia Agarwal and Sudeep in the lead roles.

Sathi was the 2nd film of him which released in 2002. It was a remake film and it remaking from the Tamil film Thulladha Manamum Thullum, 1999. The Haranath Chakraborty directed this movie, and the start of cinema was the Priyanka Trivedi and him. 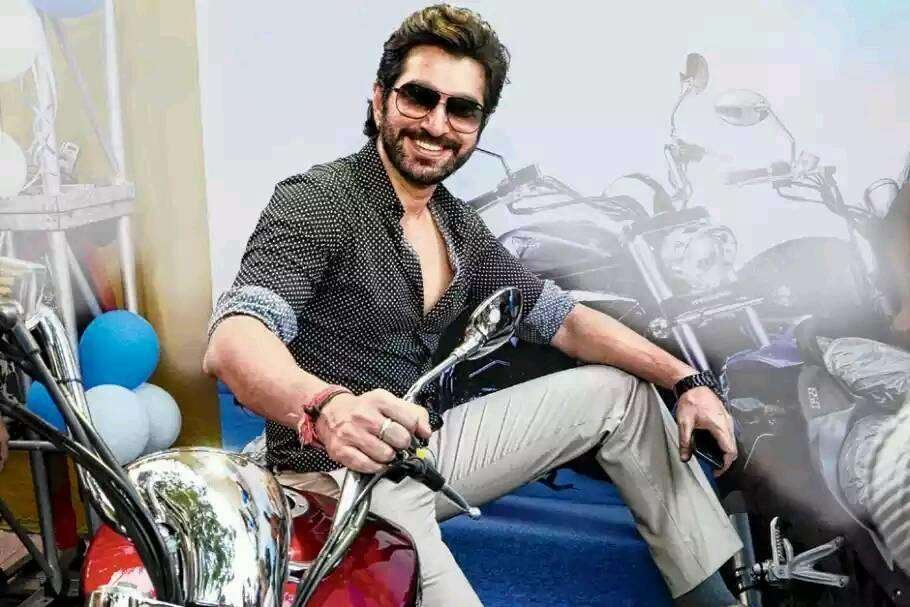 He was working on the four-film in 2003. Aamar Mayer Shapath one of them. Dulal Bhowmick directed it. Another movie was the Champion that was the Bengali sports-drama film and Rabi Kinagi director of it. It was the Telugu remake film Thammudu (1999). It was the Srabanti Chatterjee’s debut movie.

Nater Guru one of the best movies of Jeet, and it was successful at the box office. This movie was released in 2003, and Haranath Chakraborty Directed it. It was Koel Mallick’s first movie.

Sanger was the remake from the Kannedhirey Thondrinal,1998, that was a Tamil film. This movie directed by Haranath Chakraborty. It was related on the 14 June 2003. 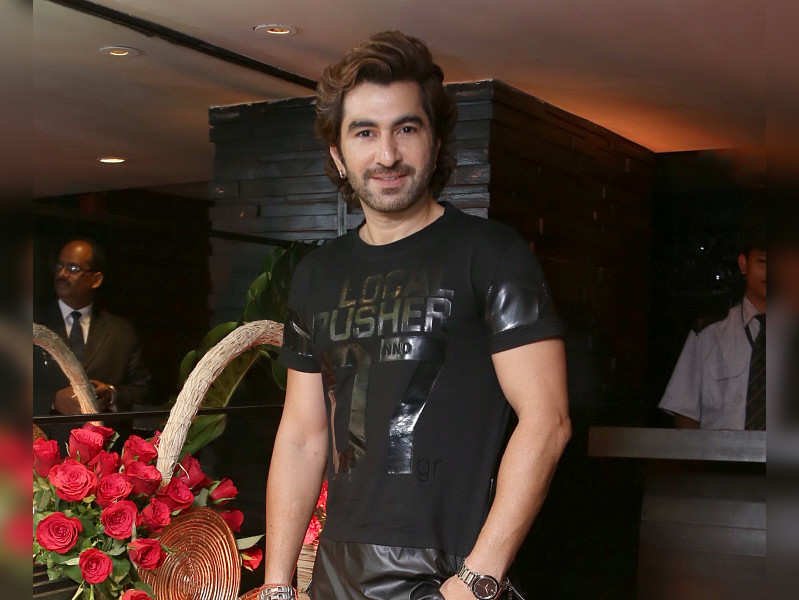 Shakti movie was related in 2004, P. Sambhashiv Rao was the director, Bijoy Khemka and G. A. Sheshagiri Rao was the producer.it was a remake from the Telugu film Satyam, 2003.

Mastan movie was released in 2004, and Rabi Kinagi was the director of it. Mastan was the remake of ‘Jaanwar,’ and it was the unofficial remake.

Bandhan is one of the best romantic movies of jeet, and it was released in 2004. Rabi Kinagi was the director of it.it was the blockbuster at the box office and massive success in west Bengal. In 2004, it was the highest-grossing film. Although this movie remade from the Tamil film Unnai Thedi and Telugu film Santosham. 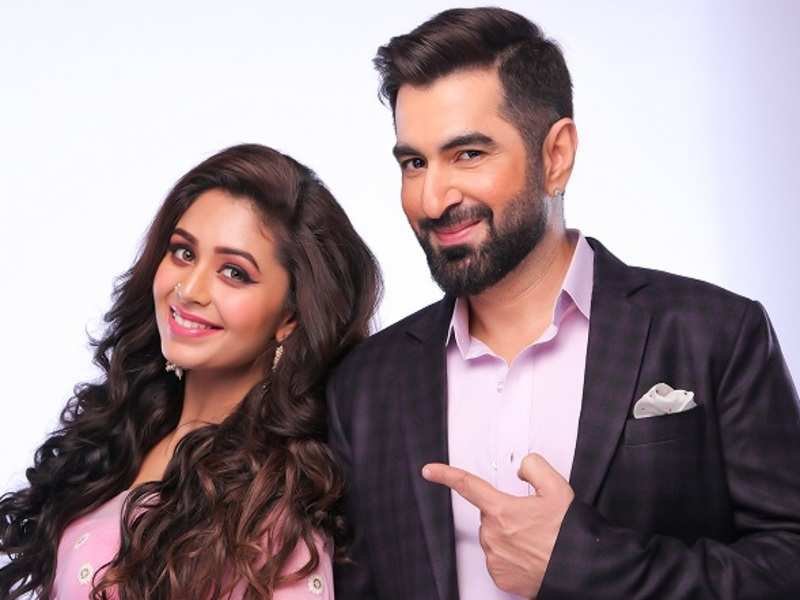 Shubhodrishti is a romantic movie in Bengal, and in 2005 it released. Prabhat Roy directed it. Jeet composed the music for the film.

Manik fils was released in 2005, and Prabhat Roy was the director. Koel Mallick was the star of this movie.

Chore Chore Mastuto Bhai is a Bengali-language Kolkata film, and it was released in 2005. Anup Sengupta was the director and for the primary role of Jisshu Sengupta, Chiranjit, Mithun Chakraborty, Koel Mallick. This movie was a remake movie of 1973 Victoria No. 203, and it was a Hindi movie. 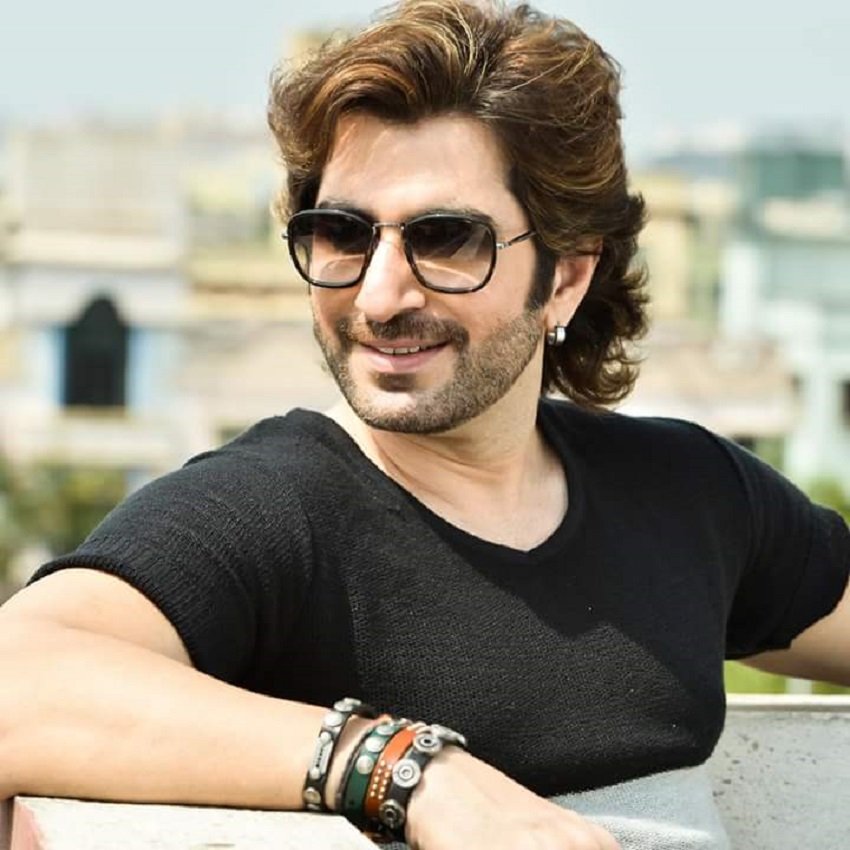 The hero is a Jeet comedy movie released in 2006, and it directed by Swapan Saha. Jeet Ganguly has composed the music. It was a remake film Kannada movie, 2002. This movie also remade at Telugu as Idiot, Dum in Tamil, and Priya Amar Priya in Bangladeshi Bengali.

Kranti is a 2006 Bengali movie, and Ringo Banerjee is the director. Swastika Mukherjee and Jeet play the leading role. Kranti was the big success of Jeet. It also a success as a commercial. 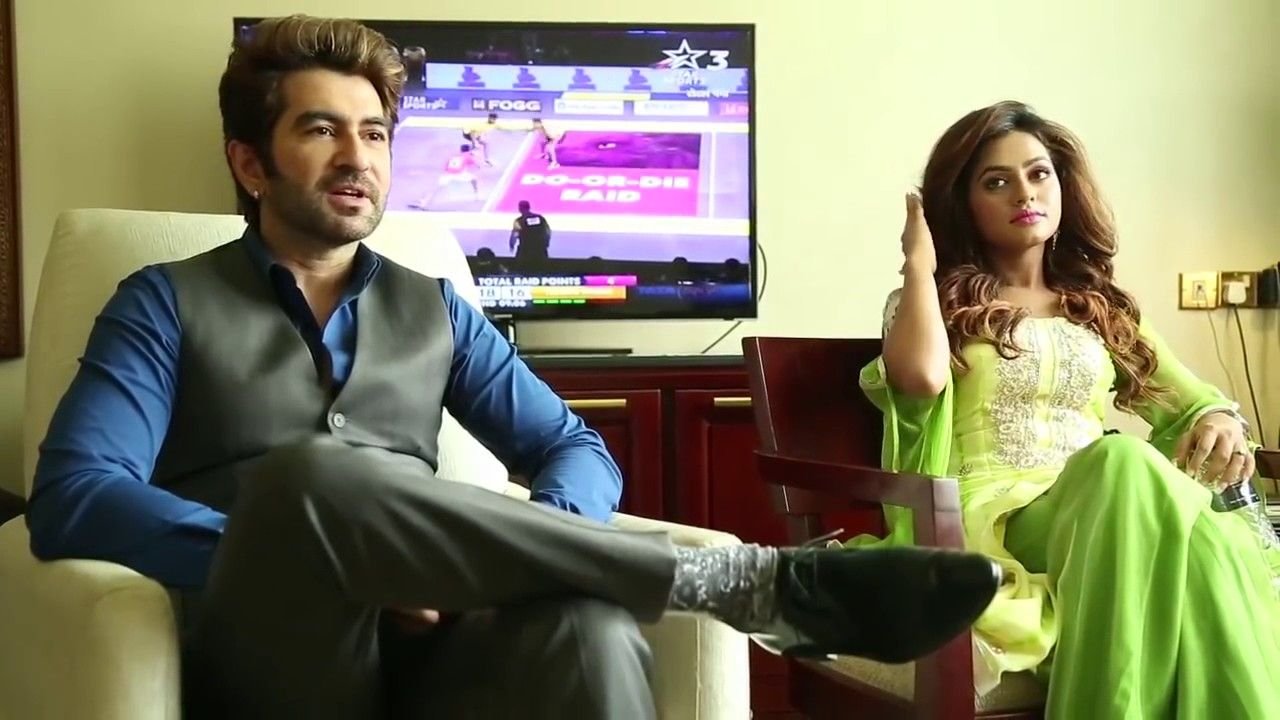 Partner film was released in 2008, and Shankar Ray is the director of it.

Joor is an action film in Bengal, and it was released in 2008. The Swapan Saha directed it. The primary role played in this movie Barsa Priyadarshini and Jeet. It was the 1st Bengali film of Barsa Priyadarshini, although it was a remade movie from the Okkadu Telugu movie, 2003.

Saat Paake Bandha is a romantic drama movie, and it released in 2009. Sujit Mondal was the director and played the leading role Koyel Mullick and Jeet . from Pavitra Bandham 1996 Telugu movie; it was remade. 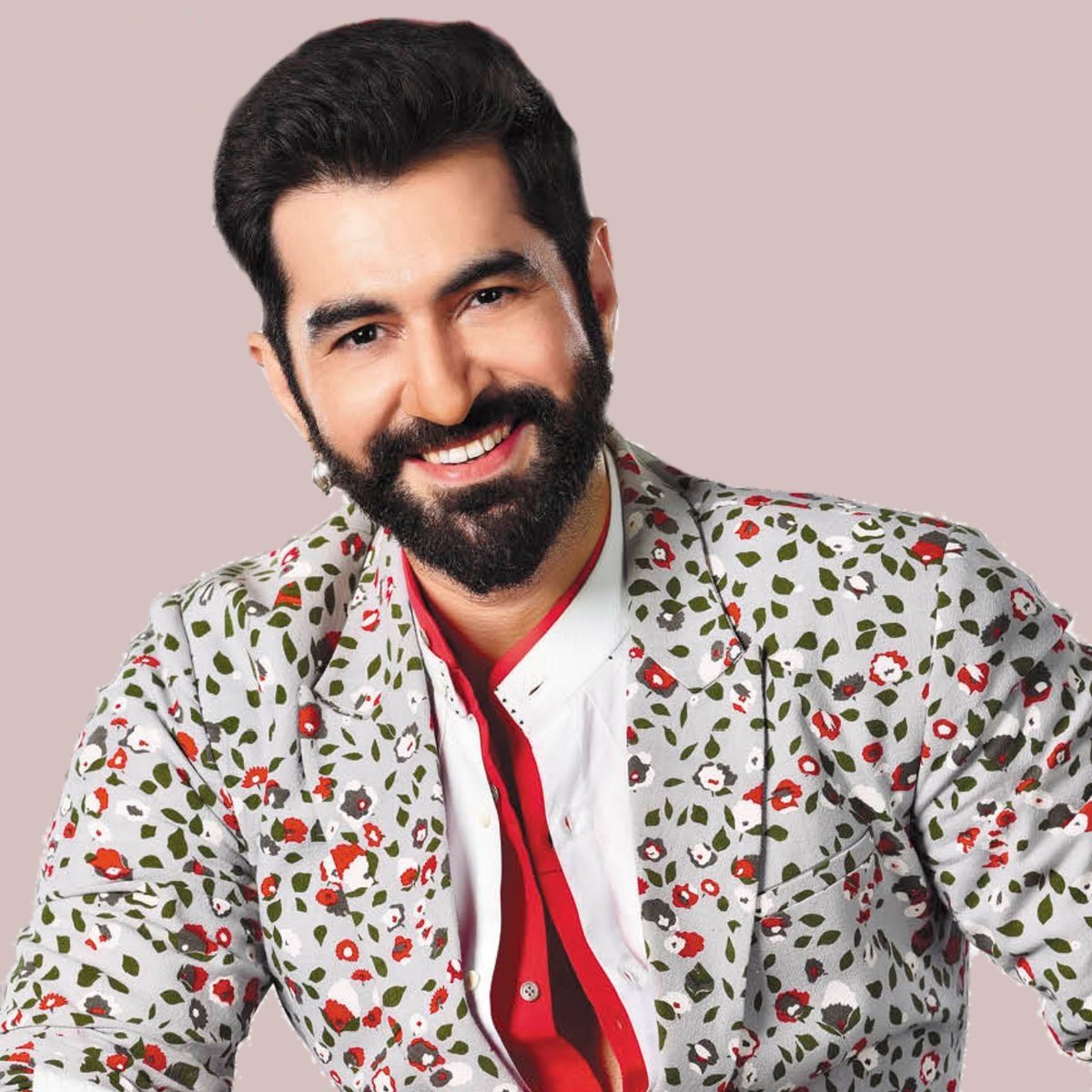 Neel Akasher Chadni was the 2009 Bengali film, and it was a romantic comedy movie. Sujit Guha was the director and played the leading role Koel Mallick, Jeet, and Jisshu. In 2010 this film won the best film at  Kalakar Awards.

Wanted is an action film, and it released in 2010. The Ravi Kinagi directorate it, and Srabanti Chatterjee and Jett play the lead roles. It is a remade movie from the Telugu film Athadu 2005.it was a super hit movie in 2010.

Josh fils is released on 30 July 2010, and it is a romantic action movie. Ravi Kinagi has directed it. Josh was a remarked movie, and it was remade from the Blockbuster Telugu movie Bhadra that resealed in 2005. 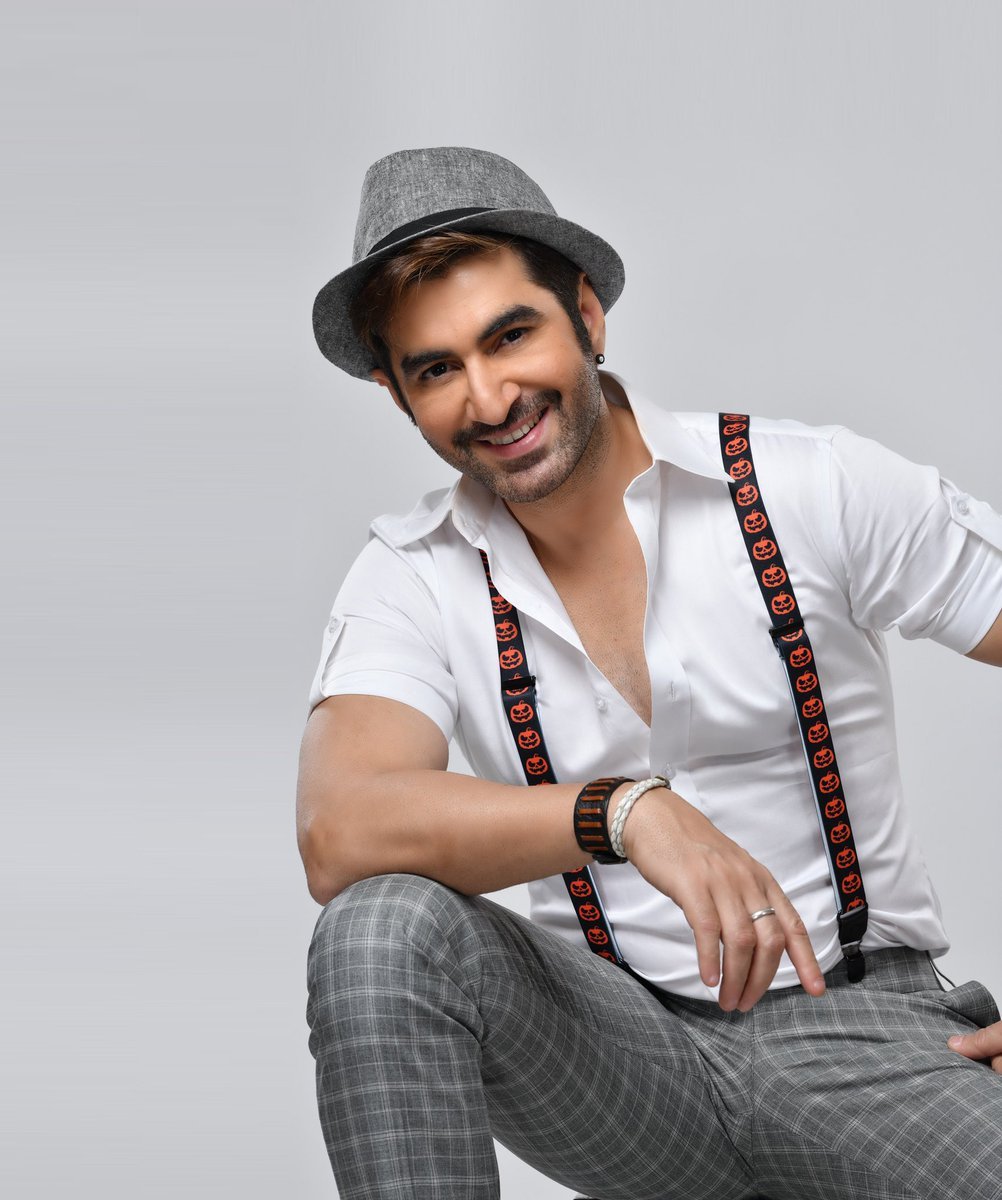 Raj Chakraborty directs Dui Prithibi. It was released in 2010, and it is the highest-grossing Bengali film of 2010. From the Telugu movie, Gamyam Dui Prithibi remade.

The fighter is an action film, and Rabi Kinagi was the director of it. Srabanti and Jett played the leading role in this movie. It is a super hit movie, and it remade from the Telugu film Lakshyam.

Shotru is an action movie that released in 2011 and that directed by Raj Chakraborty. It is a remake movie, and it remade from the Tamil movie Singam. 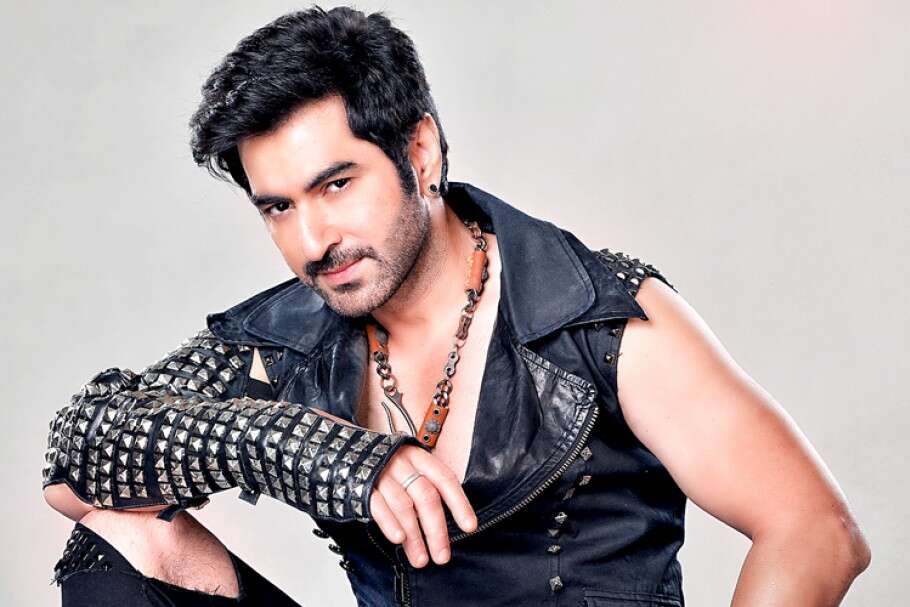 100% Love is a Romantic film, and Rabi Kinagi was the director of this film. It was copied from the 2007 Telugu film Aadavari Matalaku Ardhale Verule. Koel Mallick and Jeet are played the leading role. It was released on 20 January 2012.

Awara film was released in 2012, and it was s romantic comedy action film. Ravi Kinnagi was the director of this movie. Sayantika Banerjee and Jeet were splayed the leading role. It was remade from the 2008 Telugu movie Krishna.

Deewana is a romantic film, and it released in 2013. Director Rabi Kinagi has directed this movie. Srabanti Chatterjee and Jeet were played the primary role. It remakes from the 2007 Tamil film Deepavali. 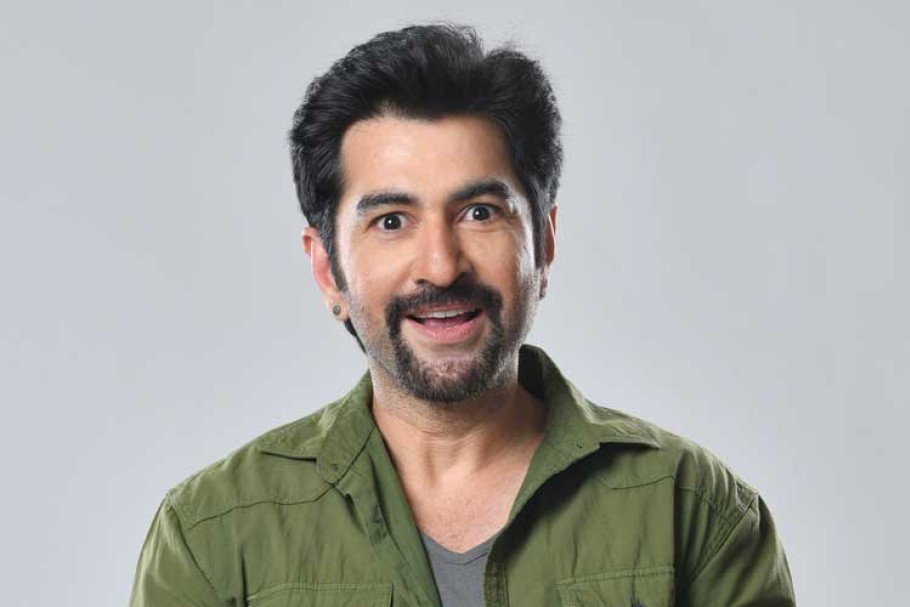 Boss: Born to Rule is an Indian Bangla film that was released in 2013. Baba Yadav was the director of it. It is a remake movie of Telugu Businessman film, 2012. Subhasree Ganguly and Jeet play the primary role in this movie. Boss fils hot Blockbuster in the box office.

Besh Korechi Prem Korechi is a comedy film by Jeet and Koel Mallick. The Raja Chanda directed it. It is a remake of Telugu Movie Loukyam.

Badshah – The Don is an Indian Bangla film of 2016, it is a comedy film. Baba Yadav was the director of this film. It was remade from the 2010 Telugu movie Don Seenu. Nusrat Faria and Jeet was the star of this film. 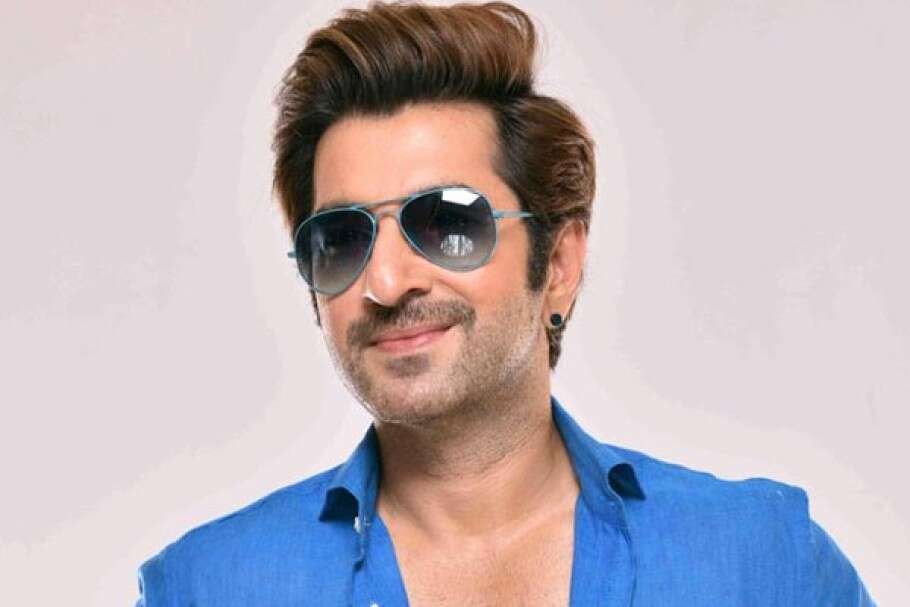 Abhimaan is an action comedy film that was released in 2016. Raj Chakraborty directed it. Subhasree Ganguly, Sayantika Banerjee, and Jeet were played the primary role. It was remade from the Telugu film Attarintiki Daredi.

Boss 2: Back to Rule is a crime thriller film directed by Baba Yadav. Jeet, Nusraat Faria, and Subhasree Ganguly played the primary role in this movie.

Sultan: The Saviour was released in 2018, and it is an Indian Bangla film directed by Raja Chanda. Priyanka Sarkar, Bidya Sinha Mim, and Jeet were the leading roles. It was a remade movie from the Tamil film Vedalam 2015. 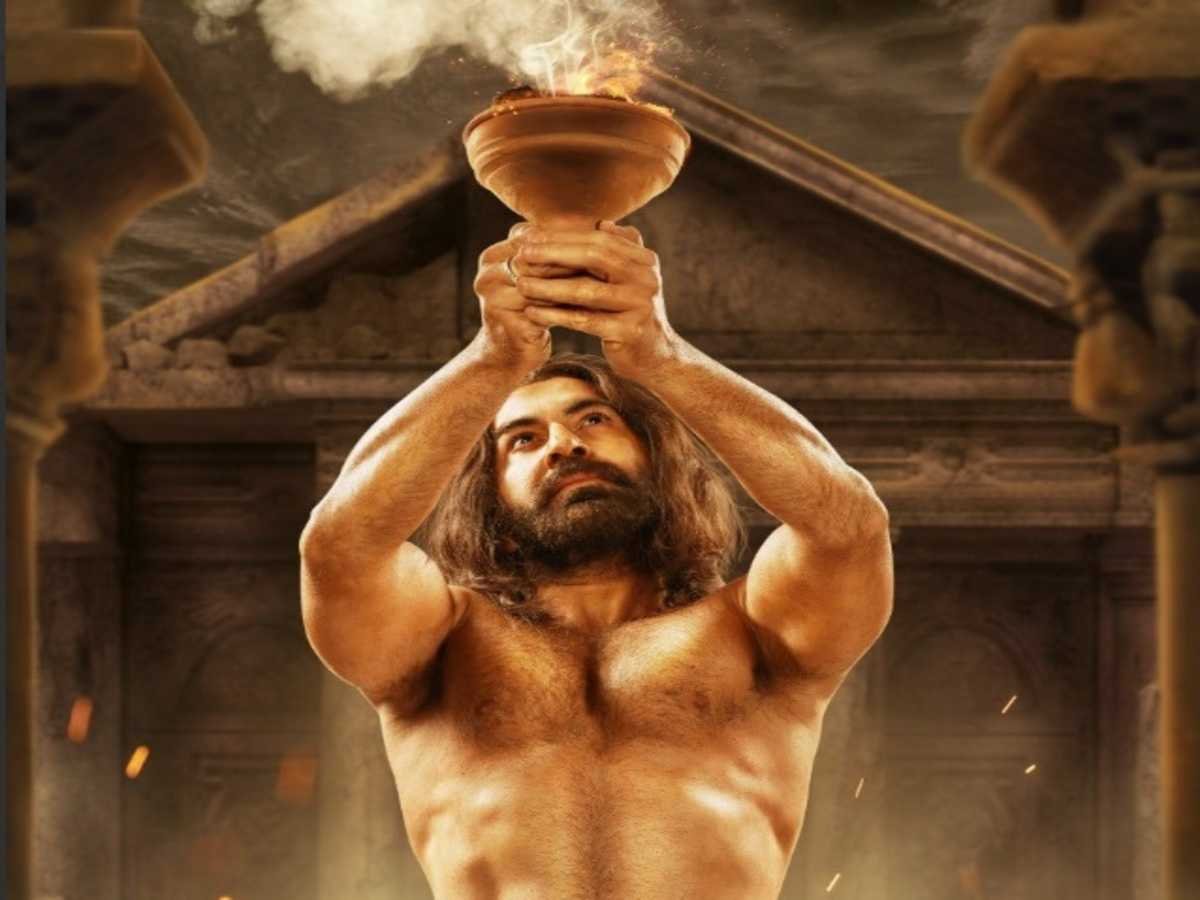 Baccha Shoshur is released in 2019, and it is a comedy-drama movie. Director Biswarup Biswas has directed it. Chiranjit Chakraborty, Koushani Mukherjee, Aman Mehra, and Jeet was played the leading role in this movie.

Shesh Theke Shuru is a Jeet latest movie of 2019, and this film directed by Raj Chakraborty. Koel Mallick, Ritabhari Chakraborty, and Jeet are played the leading role of this movie. It remade from the Telugu movie 2016 Siddhartha. It is Jeet’s 50th film. 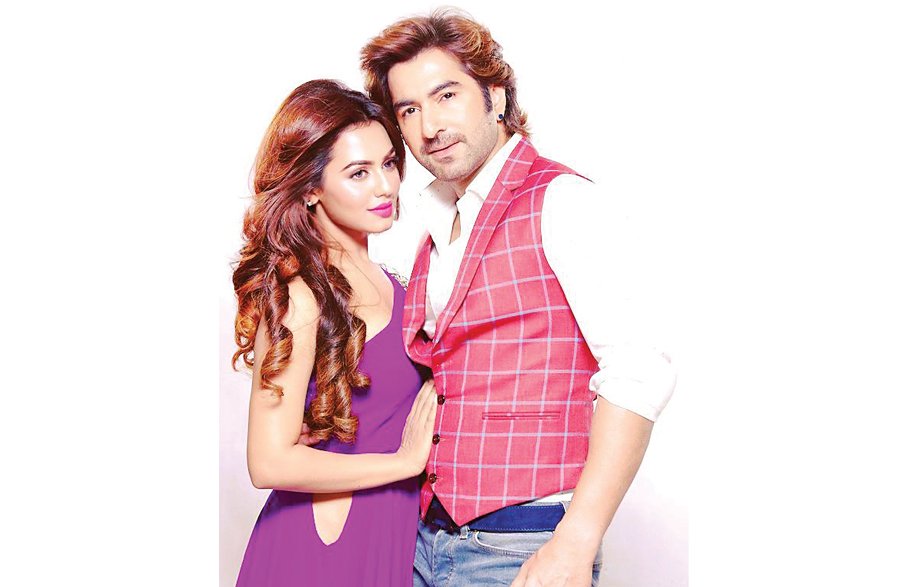 Jeet spends his life now busily. Now he is working on many movies at once. In 2020, 5 films will come of him. Asur, Dream Project, Hawa Bandook is an upcoming movie of him. If we look of him, we see that he is working on the many remade film that was initially Tamil and Telugu.