Joseph Vijay is a well-known Indian actor. He is also a playback singer. However, this actor works for Tamil cinema. Another name of Vijay among his fans is Thalapathy, which means commander. He sang a lot of songs for his movies. However, he is a successful film actor and playback singer. People like to watch his dances. He started his acting during his childhood. Still, now, he is working for Tamil film. He has played a role as a lead actor in 63 movies and got a lot of awards. Besides, he is one of the most paid actors in the Tamil film industry.

The early life of Joseph Vijay

Joseph Vijay comes from a Christian family. He was born on 22 June 1974. And his birthplace is Chennai. He is the son of the well-known film director S. A. Chandrasekhar. Vijay’s mother is Shova, who is a playback singer. Now he is the only son of his parents because his younger sister Vidhya died during her two years old. However, the death of his sister affected Vijoy much. Though he was very naughty and talkative during his childhood, his sister’s death made me silent.

As a Roman Catholic, Vijoy received Holy communion from a church in Chennai. Then he started his primary education in Fathima Matriculation Higher Secondary School. It was at Kodambakkam. Later he studied at Balalok Matriculation High School.

Then he earned a degree from Loyola College. But he did not continue his study because he showed more interest in acting. Later in 1999, he married a fan named Sangeetha Sornalingam. He met him in the UK. Now this couple has two children named Jason Sanjay and Divya Shasha. But these two little guys also acted with his father.

Vijay started his acting career when he was only ten years old. His debuted film was Vetri. Besides this movie, he also acted as a child actor in Kudumbam, Sattam Oru Vilayaattu, Ithu Engal Neethi, Naan Sigappu Manithan, etc. It was easy for him to make his acting career because of his father.

From the age of 18, he started to play some leading roles. The first movie was Naalaiya Theerpu. In this film, he performed well, and the film was box office successful. After that, he started to give a lot of super hit movies such as Vasantha Vasal, Selva, Kaalamellam Kaathiruppen, Maanavan, etc. He won a lot of awards.

In 2002, he acted in a film alongside Priyanka Chopra. The name of this movie was Thamizhan. It was the debuted Tamil film of this actress.

1996-2003 is the best time for Vijay because, during those years, a lot of hit films got released. The remake Telugu film Ghilli was a film that grossed over 500 million rupees. The movie Pokkiri was the 3rd most grossing movie of 2007. In 2009, his movie Vettaikaaran was the highest-grossing Tamil film.

Then 2017, his film Marshal became the highest-grossing film of the acting career of Vijay that earned approximately 2,500,000,000 Indian rupees. Not only India, but it was also got released in Japan’s four major cities. In 2018, his released film was Sharkar. It got a great positive view of the people of India and abroad. This film was dubbed in several languages.

Others regional films in India

Vijay acted in several cameo Hindi movies. The first one is Chtina Chinta, which is according to the Bollywood film Rowdy Rathore.

Here the co-star was Akshay Kumar and actor Pravu Deva. Besides, he sang the playback music in the Hindi film Golmaal Again. However, you can watch most of his movies dubbed in Hindi on the Channel Sony Max. The Hindi version of Kaththi released as Khaki Aur Khiladi was telecast in Zee cinema. In 2018, the cameo Shinju. Sharkar broke all the records and became the best-grossing film.

Besides, Vijay’s films are also dubbed in Telugu and gained success.

Vijay earned a lot of awards as an actor. He got 50 awards. In 2008, he got the People’s Choice Superstar Award.

Social and other works

The name of this organization is Vijay Makkal Yakkam. However, that fund was for cyclone-affected people. For the promotion of the students, Vijoy has a fund called Vijay Education Awards.

In 2014, he distributed some golden rings to the people who get newborns at Egmore Govt General Hospital. Besides, he helps two girls and their families for their educational purposes. For the flood-affected people of 2018, Vijay provided 70 lakh rupees for relief goods. For the Cyclone Gaja, he also spent money on the people of Tamil Nadu.

We see that Joseph Vijay is a successful Tamil actor and social worker. Though he is the son of a director father, he gains his position through hard work. He has a lot of fans worldwide. His fans are waiting for many more good jobs from him. He does a lot for students, suffering people and children. With one daughter and one son, he is now leading a happy family life. 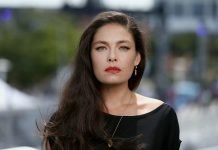 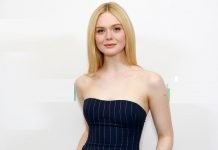 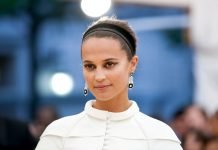