Do you know what “Bankable Star” means? It means a star who can guarantee a box office success by merely showing up in a movie. Matt Damon is considered as one of the Bankable Stars by Forbes magazine. Matt Damon is also famous for his character as Jason Bourne in the “Bourne Identity” franchise. He is an American actor, film producer, and screenwriter. Matt has received various awards, including an Academy Award, 2 Golden Globe Awards. He was born on October 7, 1970, in Cambridge, Massachusetts. He got married to a beautiful Argentine lady Luciana Bozán Barroso in 2005, and they have 4 children. 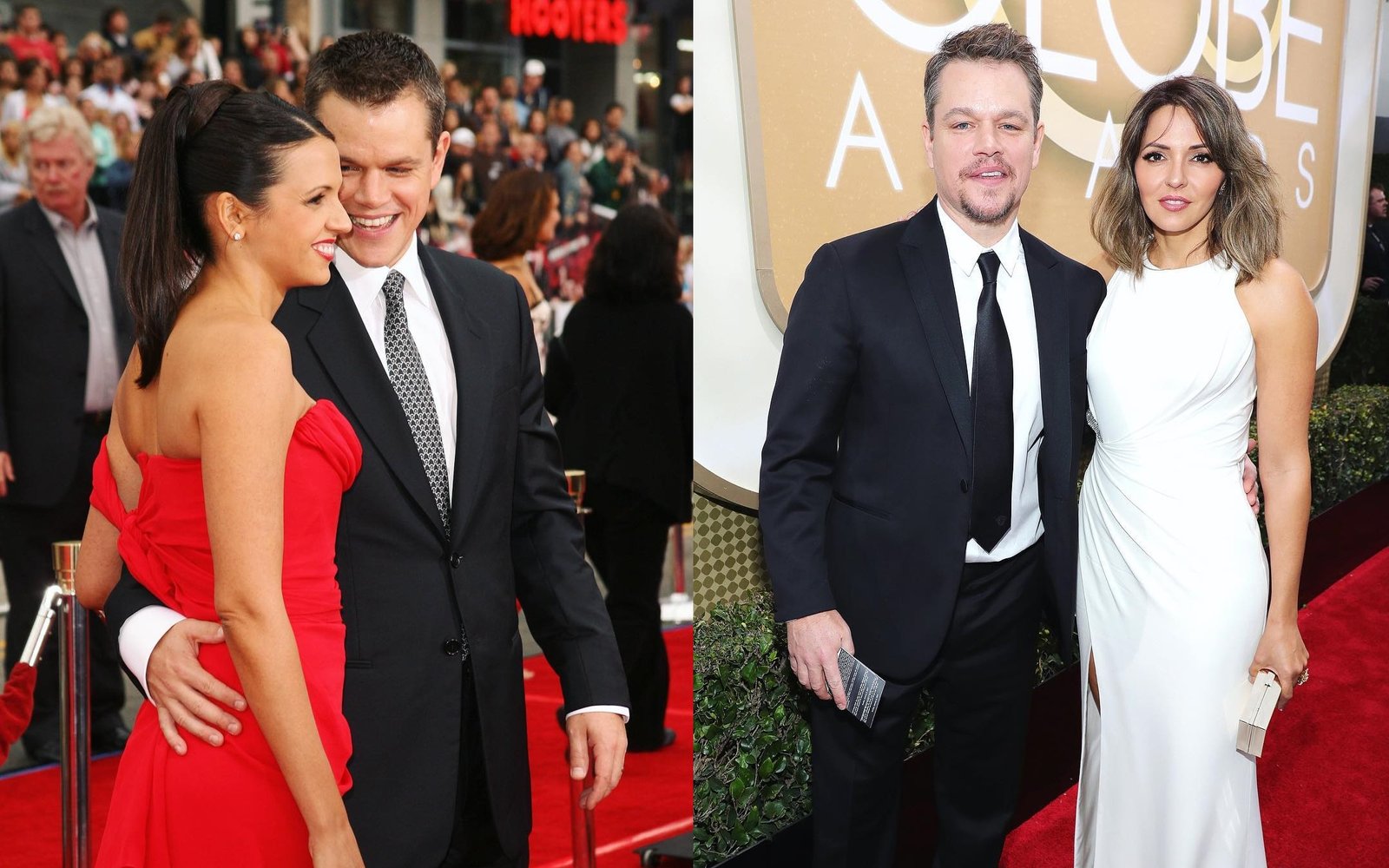 Matt’s parents got divorced when he was only 2 years old. Then he and his brother Kyle who is a skilled sculptor and artist now, move with their mother at Cambridge. They started living in a six-family communal house. 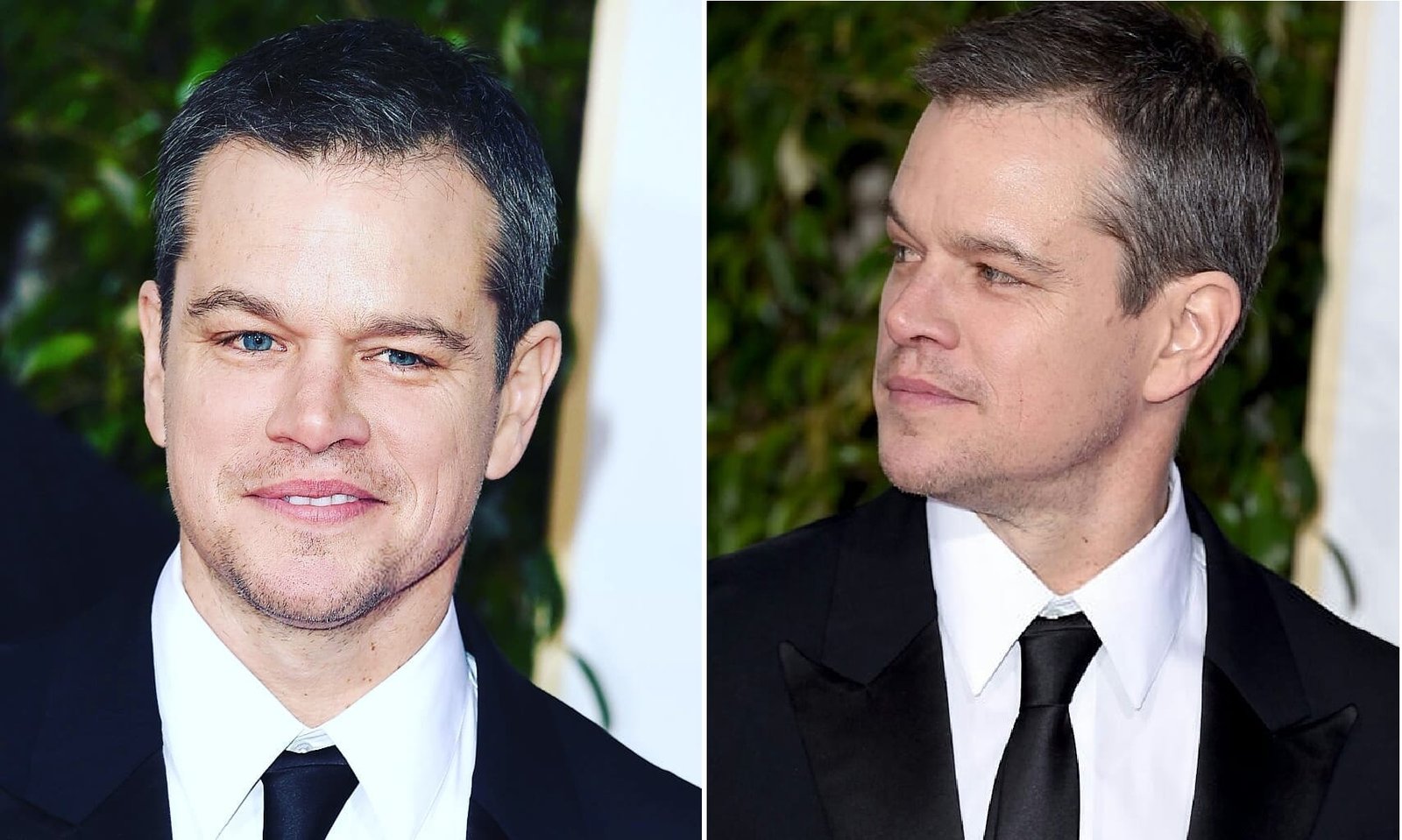 During his childhood, he was a lonely teenager. He faced a hard time defining a self-identity. Matt attended Cambridge Alternative School (is now known as Graham and Parks) and then Cambridge Rindge and Latin School. He was a good student and performing well enough at different High School Theatre productions. His drama teacher, Gerry Speca, as his artistic influence. Also, Matt and Ben Affleck are good friends and schoolmates.

Matt attended Howard University, but he can’t complete his graduation because he left before receiving his degree to perform a lead role in the film Geronimo: An American Legend. He wrote an early treatment of the screenplay for Good Will Hunting as an exercise for an English class. 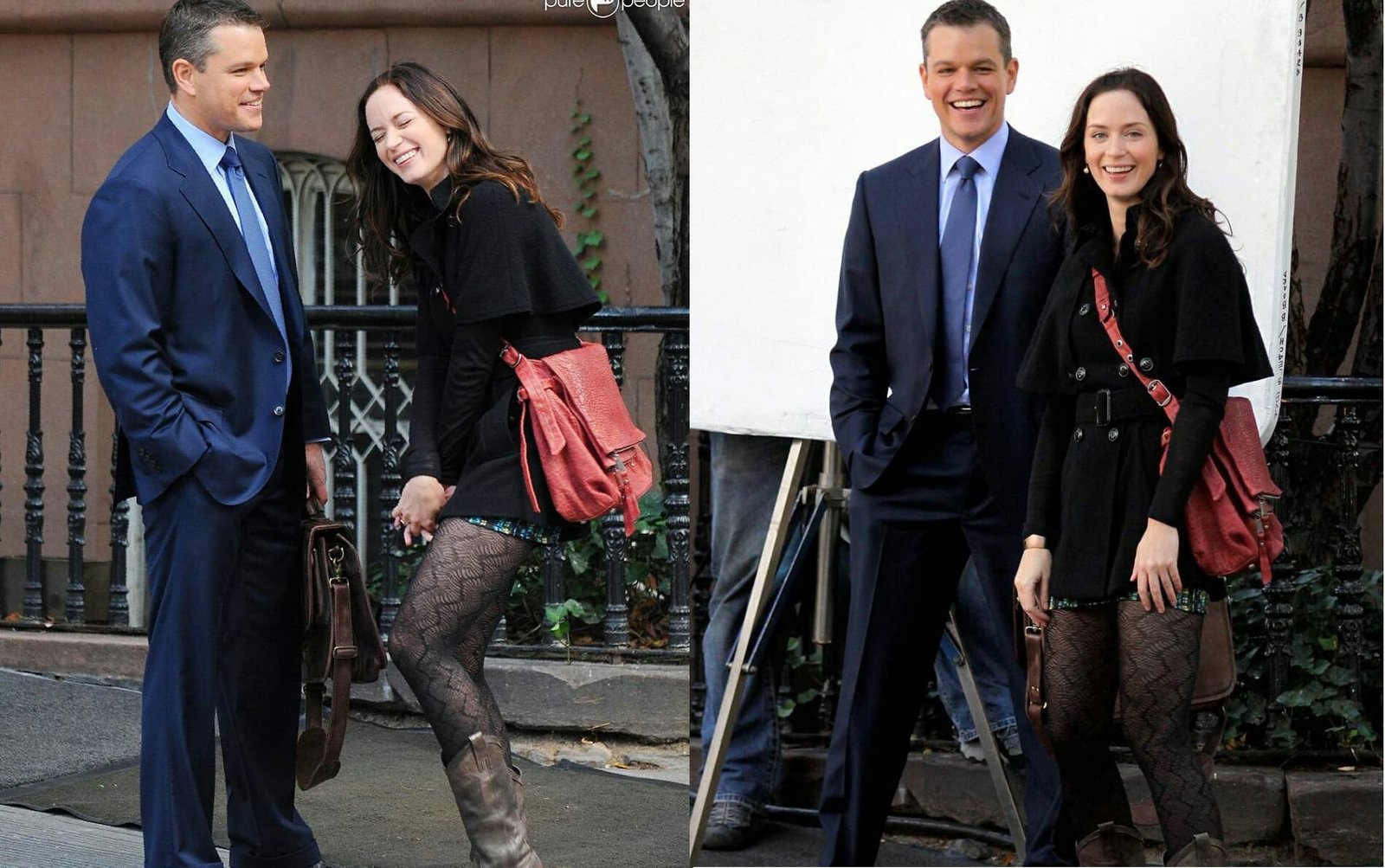 In 2013, he received the Harvard Arts Medal. Damon won an Academy Award for the screenplay of Good Will Hunting in 1998.

Matt was a familiar face at Harvard University as he appeared in several student theatres plays named “Burn This” and “A …. My Name is Alice.” When he was 18, he made his film debut with a single line of dialogue in a romantic comedy called “Mystic Pizza.” Next, he appeared in “Courage Under Fire,” he lost 18 kg in only 100 days to perform in this movie. To lose weight, Matt followed his prescribed diet chart and fitness regimen. Finally, he received to get the attention of this film, and The Washington Post described his performance as “impressive.” 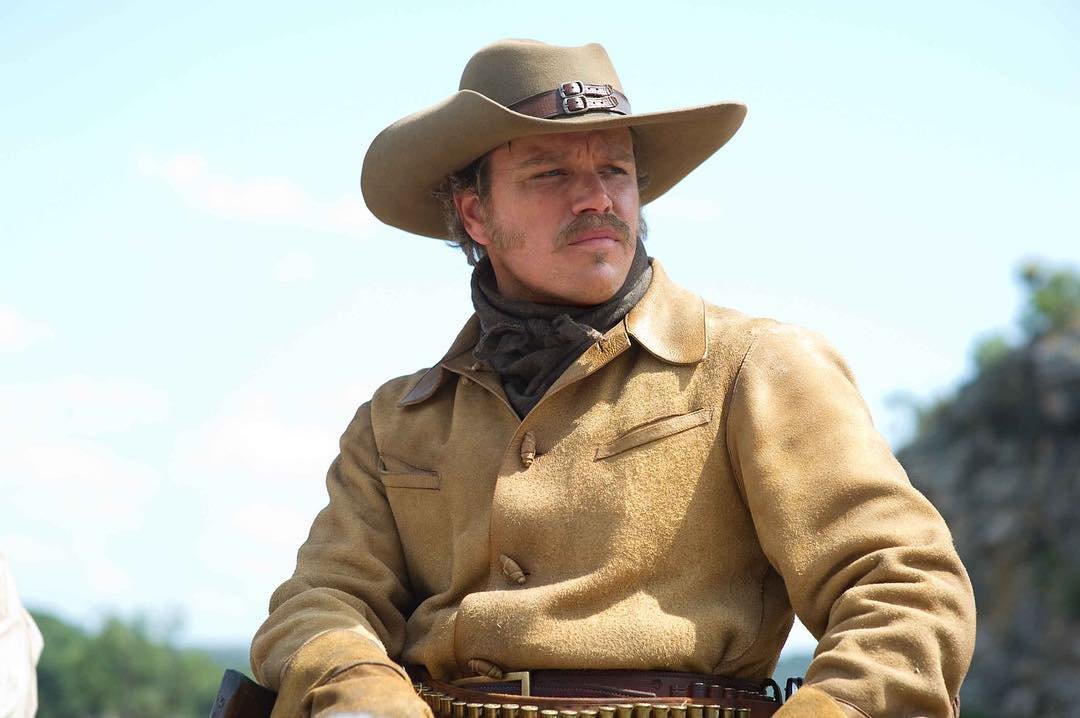 From 1997 – -2000, Matt did his breakthrough roles and became a rising talent. He, along with Ben Affleck, wrote the improvisation part of the Academy Award-winning movie “Good Will Hunting” as a project work when they were at Harvard University. Later, when they moved to Affleck’s flat in Los Angeles, they started writing balance screenplay seriously. In 1994, they sold the screenplay to Castle Rock, but they had a conflict with the company. Finally, they were able to re-sold it to Miramax.

In 1997, Matt played the leading role in this movie, highly praised by the critic’s world. The Daily Telegraph found “real wit and vigor, and some depth” in their writing and Damon’s acting. The movie received 9 Academy Award Nominations, including best actor played by Matt Damon, and he, along with Ben Affleck, won both an Academy Award and Golden Globe Award for Best Screenplay category. The film grossed over $225 million at the worldwide box office. 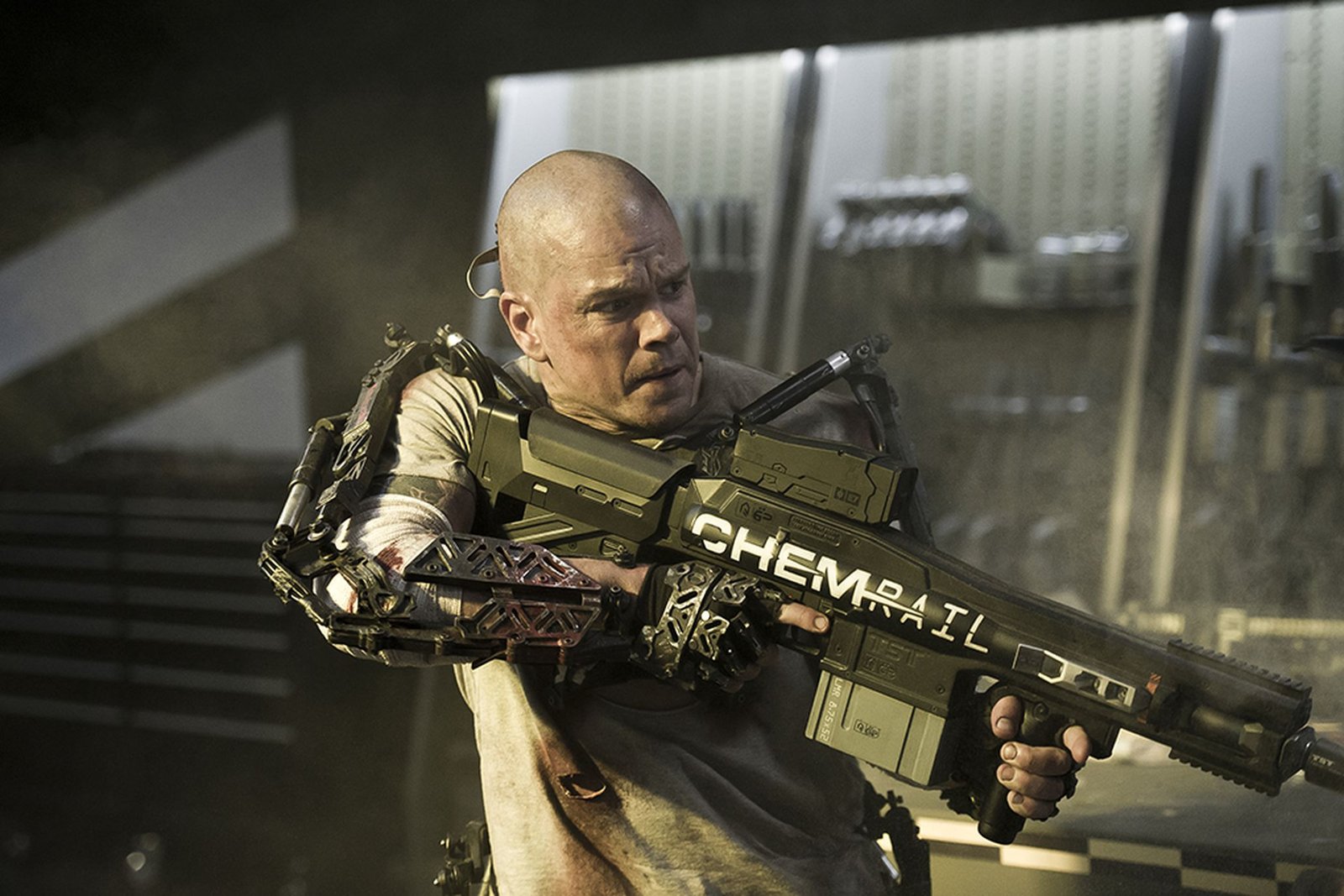 Matt is the only actor who came with the 2 mostly earned franchise, action thriller “Bourne Identity” and heist series “Ocean’s Trilogy.” The “Bourne Identity” (2002), along with its sequels “The Bourne Supremacy” (2004) and “The Bourne Ultimatum” (2007). The $110 million Bourne Ultimatum had the most massive August opening weekend in movie history, earning an estimated $70.2 million of business in the United States and Canada, and it held that record until the release of 2014’s Guardians of the Galaxy. 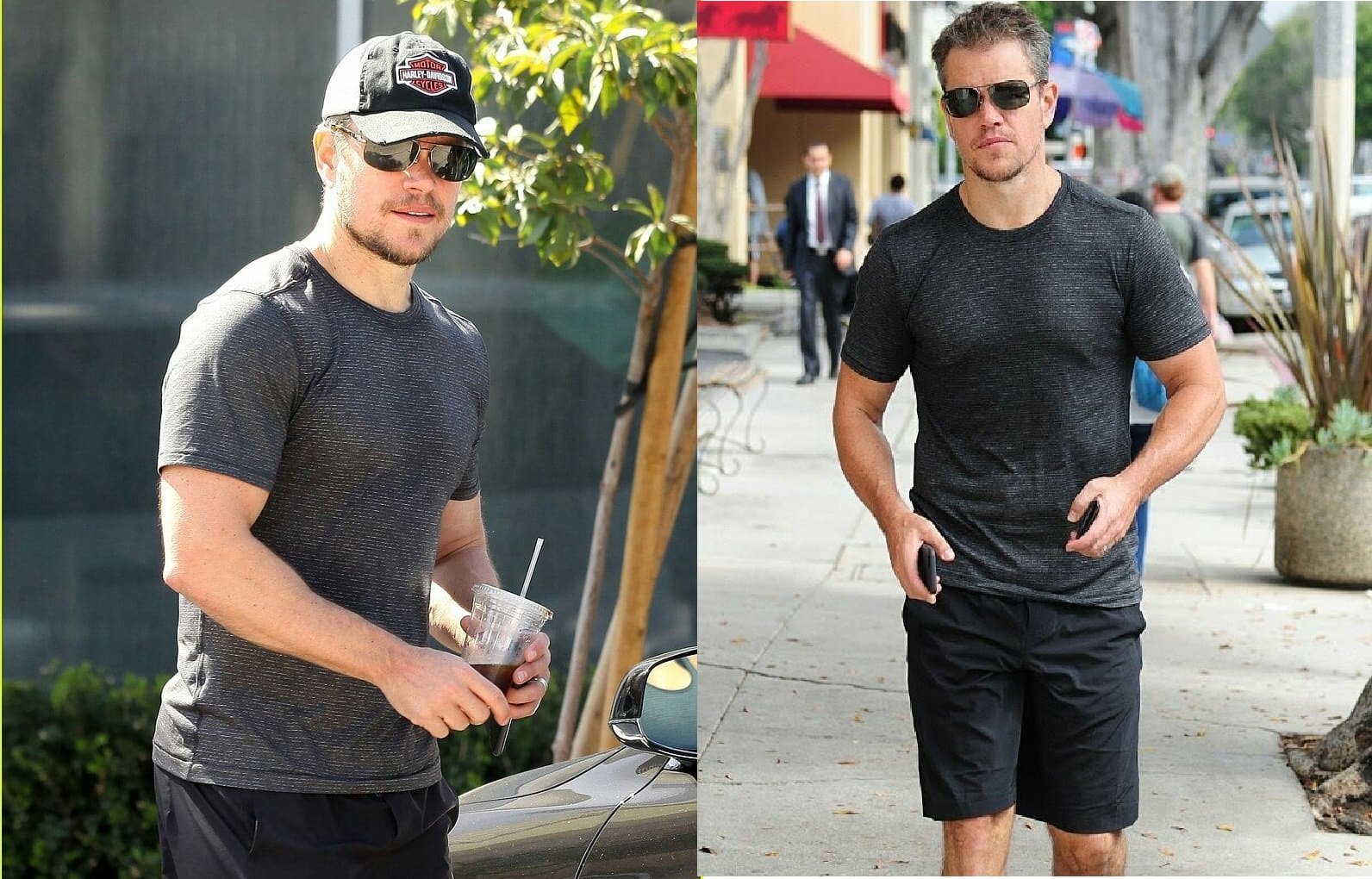 In 2016, Damon starred in Jason Bourne, the fifth installment of the Bourne series. In a review for The Bourne Supremacy, BBC’s Nev Pierce called the film “a brisk, engrossing and intelligent thriller,” adding, “Damon is one hell of an action hero. He does a lot with very little, imbuing his limited dialogue with both rage and sorrow, looking harder and more haunted as the picture progresses”.

Although it received mixed reviews from critics, the film was a box office hit around the world. He was a part of the “Ocean’s Trilogy” team and played in all the sequels of this franchise. “Ocean’s Eleven” (2001), “Ocean’s Twelve” (2004) and “Ocean’s Thirteen” (2007). All the sequels earned more than $300 million worldwide. 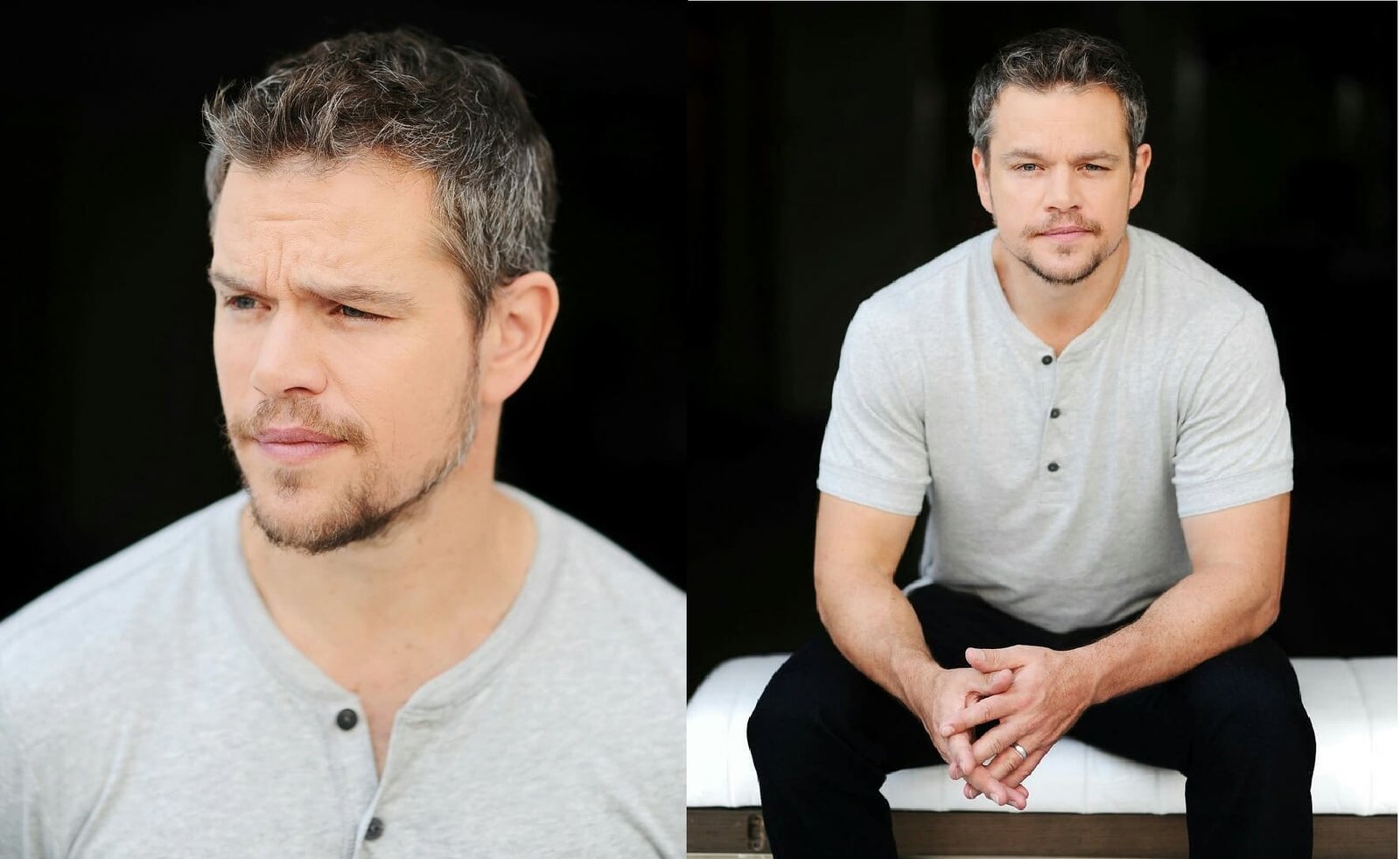 Damon then earned raves for his turn as Liberace’s boyfriend Scott Thorson in the critically acclaimed HBO movie “Behind the Candelabra” (2013), starring Michael Douglas. Damon earned both Emmy and Golden Globe nominations for the part, with Douglas winning both awards in the lead actor category. 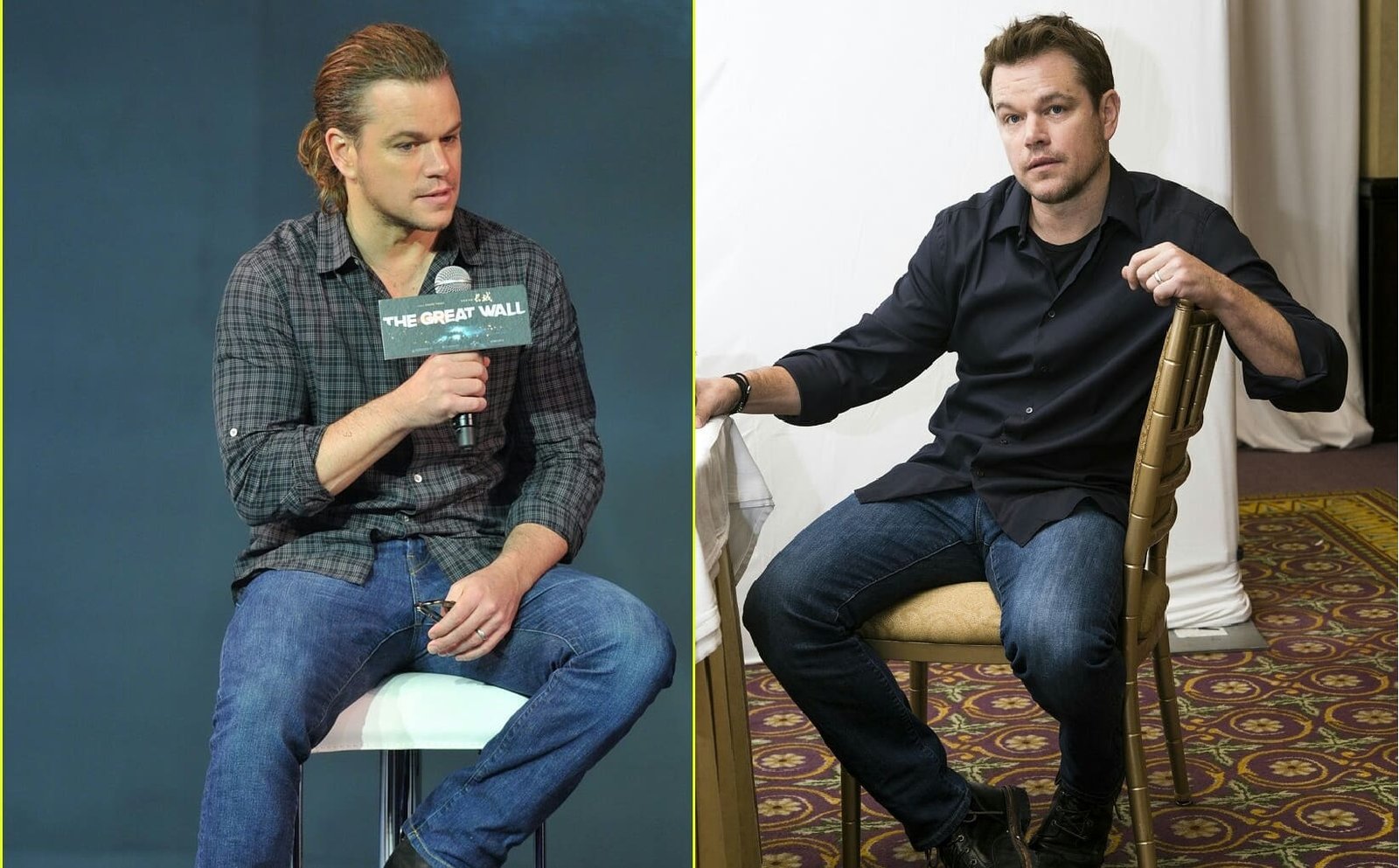 In 2013, Matt returned to the sci-fi genre. He presented himself in two sci-fi movie called “Elysium” and “Theorem.” That fall, Damon once again teamed up with longtime friend Affleck. The pair’s production company, Pearl Street Films, agreed to develop a new series, Incorporated, for the Syfy cable network. And in autumn 2015, Damon was part of the returning production team involved in the HBO filmmaking documentary series Project Greenlight.

Damon also had a significant hit with the fall release of “The Martian,” directed by Ridley Scott and co-starring Jessica Chastain and Chiwetel Ejiofor, among others. Based on the 2011 Andy Weir novel, the movie depicts the travails of an astronaut who becomes stranded on Mars while chronicling efforts on Earth to facilitate his rescue. Receiving an avalanche of positive reviews, The Martian earned almost $600 million worldwide. Both the film and Damon won Golden Globes in early 2016, and Damon also received an Oscar nomination. 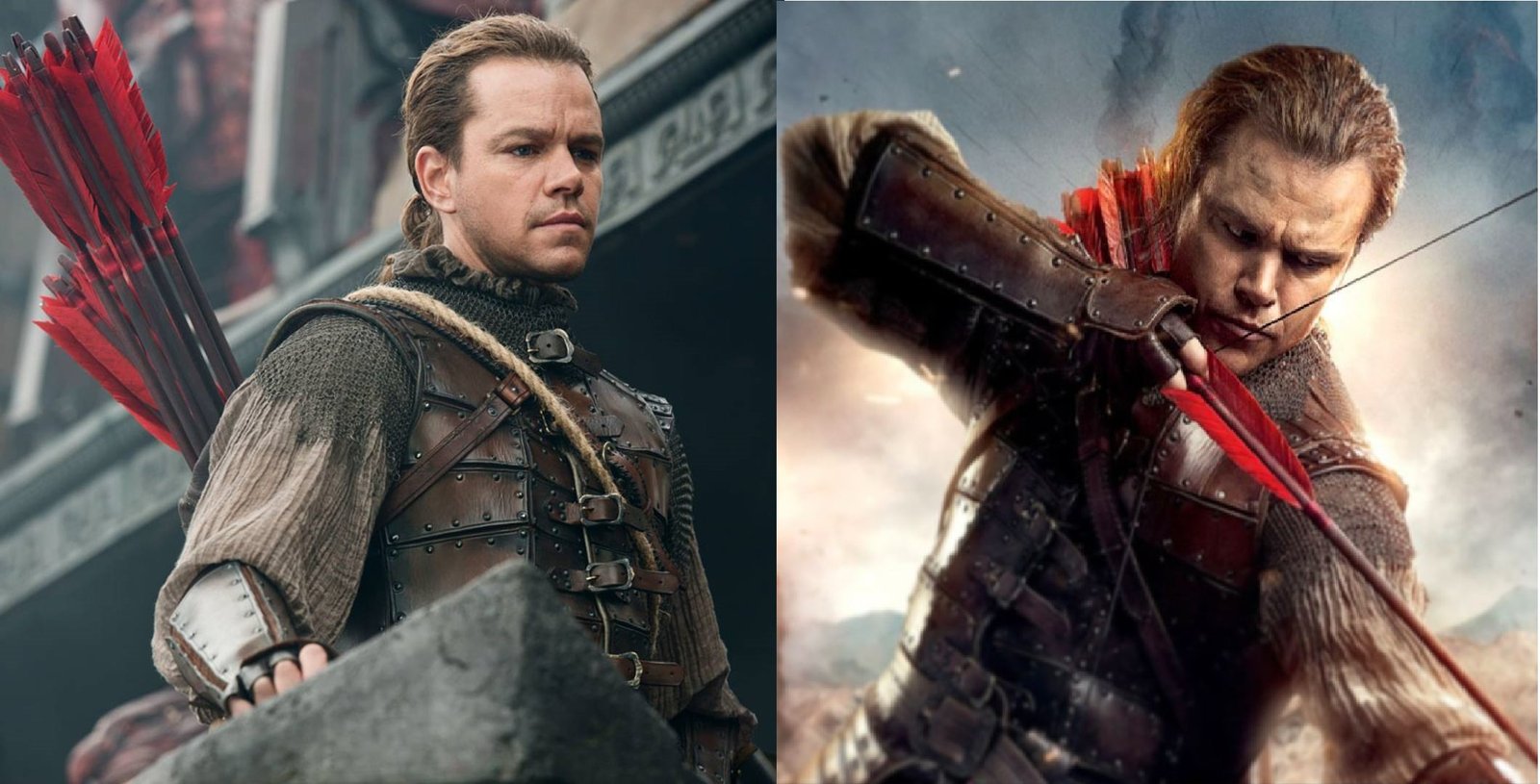 Later that year, after headlining the fifth installment of Bourne, Damon starred in the action blockbuster “The Great Wall.” He was involved in another Oscar favorite, serving as a producer for “Manchester by the Sea.” In 2017, Damon starred in the ambitious sci-fi feature Downsizing and the twisted comedy Suburbicon. Both were commercial disappointments, though he hit the mark with a surprise cameo in Thor: Ragnarok.

Matt, along with his Ocean’s Trilogy partners George Clooney, Brad Pitt, Don Cheadle, David Pressman, and Jerry Weintraub, is one of the founders of Not On Our Watch Project, an organization that focuses global attention and resources to stop and prevent mass atrocities such as in Darfur. 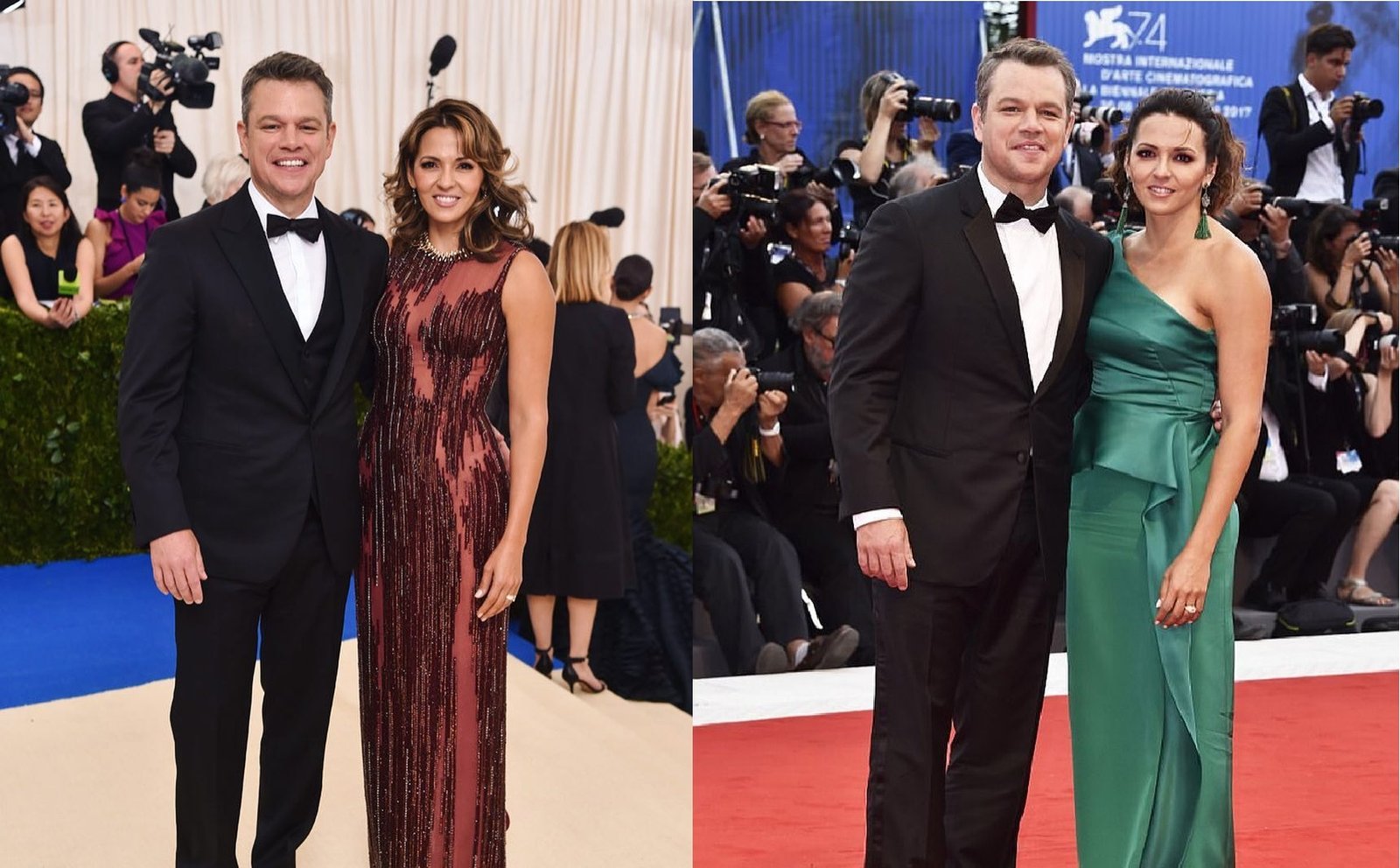 Matt is a brand-ambassador of ONEXONE. This foundation is working for supporting, preserving, and improving the lives of children at home in Canada, the United States, and around the world.

Matt met his wife Luciana Bozán Barroso in 2003 while he was shooting the film “Stuck on You.” They got engaged in September 2005 and tied their knot in a private ceremony at New York Hall in December 2005. They have 4 daughters and a stepdaughter from Barroso’s earlier marriage. He bought a luxurious penthouse in Brooklyn Heights in 2018.

Aside from awards he has gained for his role as an actor and producer, Damon became the 2,343rd person to receive a star on the Hollywood Walk of Fame on July 25, 2007. 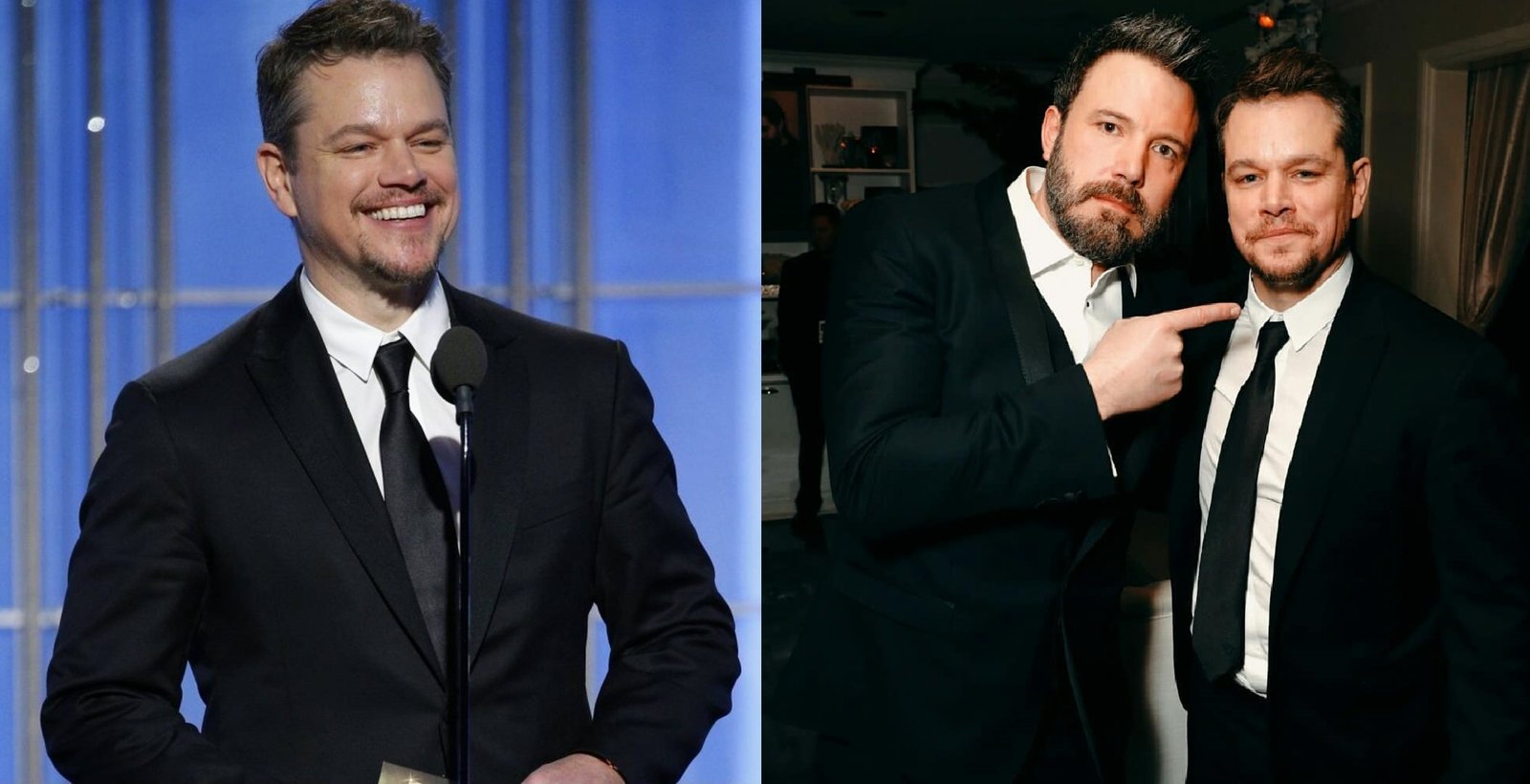 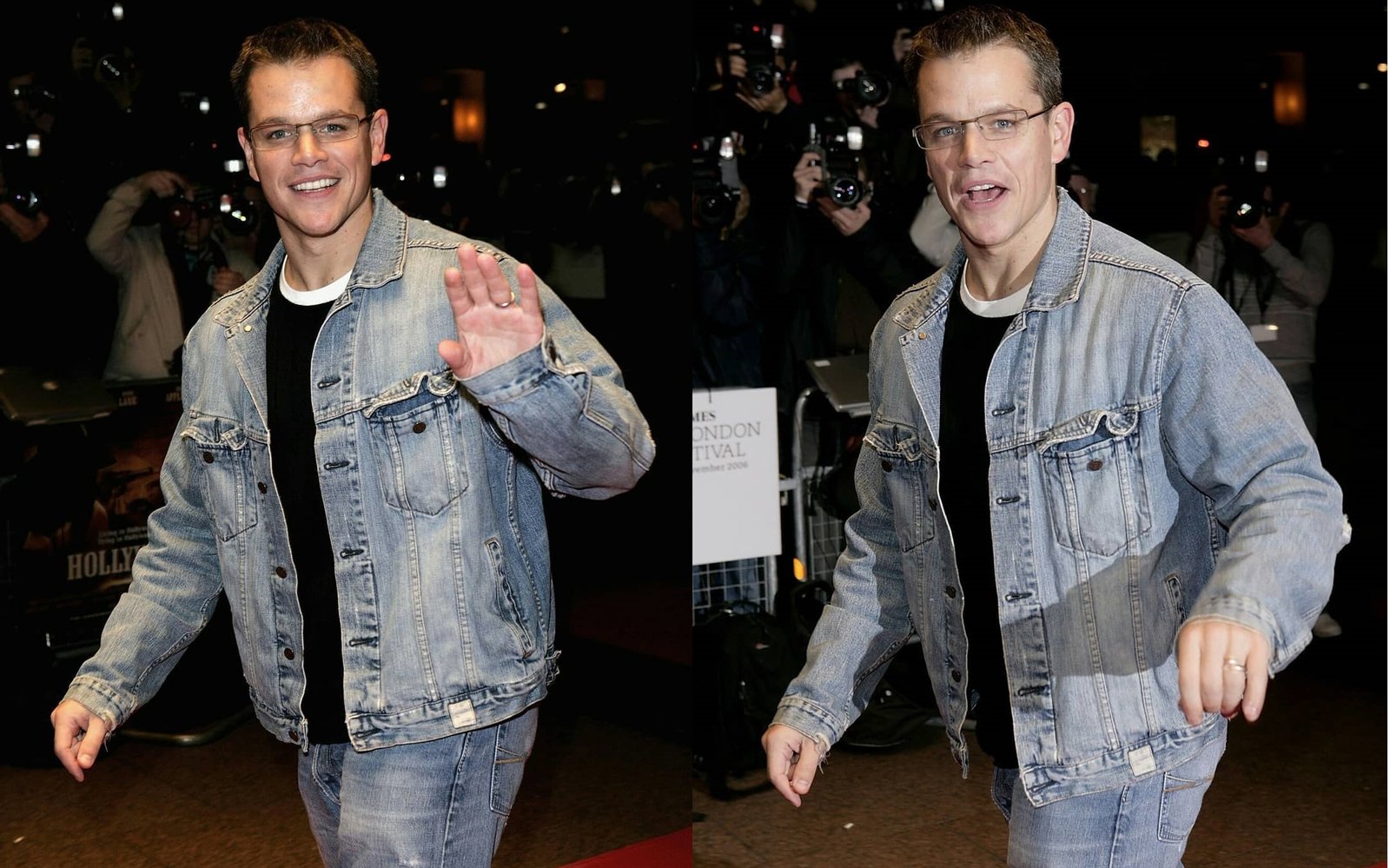 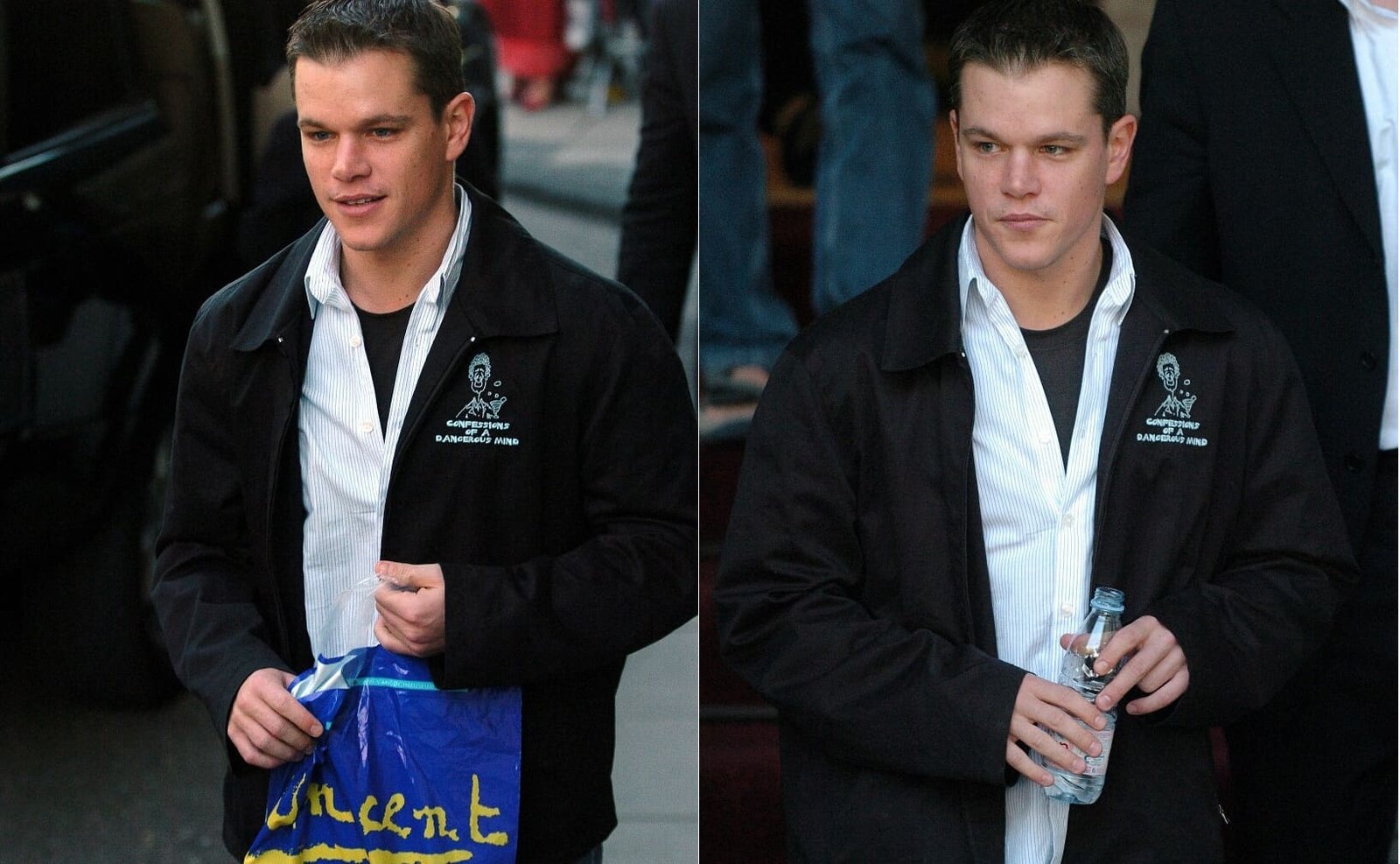