Sweety Shetty, known by her stage name Anushka Shetty, is an Indian film actress and model who predominantly works in the Telugu and Tamil film industries. She has received several accolades, including three CineMAA Awards, a Nandi Award, TN State Film Awards and three Filmfare Awards from eight nominations.

Kajal Aggarwal is an Indian film actress and model. She has established a career in the Telugu, Tamil, and Hindi films and has been nominated for four Filmfare Awards South. Aggarwal made her acting debut with the 2004 Hindi film Kyun! Ho Gaya Na… and had her first Telugu film release in 2007, Lakshmi Kalyanam.

Sai Pallavi Senthamarai is an Indian actress and dancer who appears in Telugu, Tamil and Malayalam films. She is a recipient of several awards including two Filmfare Awards for her performances in the films Premam and Fidaa.

Samantha Akkineni is an Indian actress who has established a career in the Telugu and Tamil film industries and is a recipient of several awards including four Filmfare Awards. While pursuing a degree in commerce, Akkineni worked part-time on modeling assignments.

Shruti Haasan is an Indian actress and singer who works predominantly in Tamil, Telugu, and Hindi-language films. Born in the Haasan family, she is the daughter of actors Kamal Haasan and Sarika Thakur.

Tamanna Bhatia, known professionally as Tamannaah, is an Indian actress who predominantly appears in Telugu, Tamil and Hindi-language films. In addition to acting, she also participates in stage shows and is a prominent celebrity endorser for brands and products.

Keerthy Suresh is an Indian film actress who mainly appears in Tamil films, alongside Malayalam and Telugu films. She made her film debut in Malayalam cinema with Geethaanjali and became the recipient of numerous accolades, including a Filmfare Award.

Amala Paul is an Indian film actress who mainly appears in Tamil, Malayalam and Telugu films. After appearing in a supporting role in the Malayalam-language film Neelathamara, Amala became noted after playing the title role in Mynaa, receiving critical acclaim for her work.

Hansika Motwani is an Indian actress who mainly appears in Tamil films, alongside Telugu and Hindi films. She made her film debut in Telugu cinema with Desamuduru and became the recipient of numerous accolades, including a Filmfare Award. Motwani appeared in a couple of Telugu movies, including Kantri and Maska. 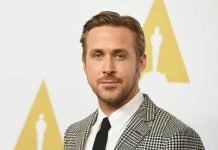 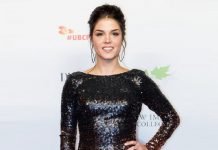 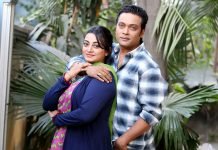 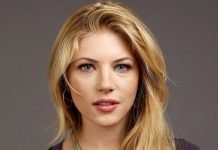