Ziaul Faruq Apurba is a fashionable, smart, and famous face in the film industry of Bangladesh. He is a renowned actor and model. His acting talent becomes his full-time career. Besides acting, he is a good singer and composer. His film career started with marital drama. In a very short time, he has achieved great success.

In 2002, he got the fame “Me Bangladesh” and “You Got the Looks” show. He made his debut with his movie Gangster Returns in 2014. In 2017, Apurba won Meril Prothom Alo “Best Actor Award” for amazing performance in the “Boro Chele” film. Mizanur Rahaman Ariyan directed it. In this article, we will present Ziaul Faruq Apurba’s net worth, films, career and so on. 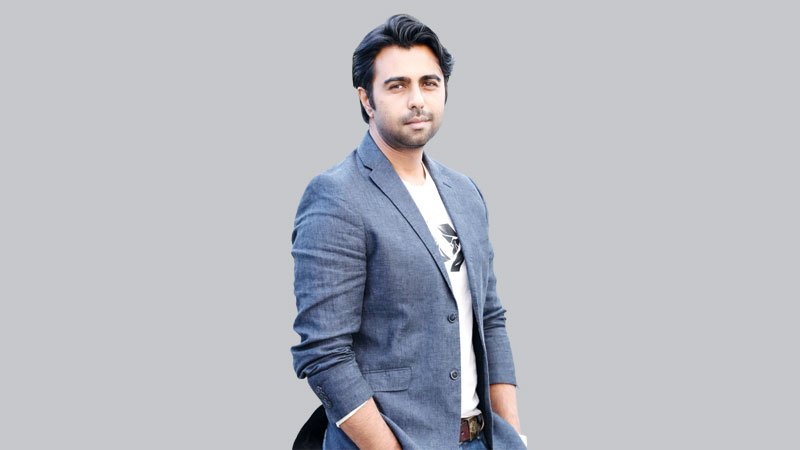 Ziaul Faruq Apurba was born on 27th July 1985. His mother, Feroza Ahmed, was an artist of Rajshahi Betar (Radio) and grandfather was the host of the same radio station. Feroza Ahmed was a fan of the showbiz arena. Family members used to call him Apu at home. Apurba has been very interested in the showbiz world since her childhood. 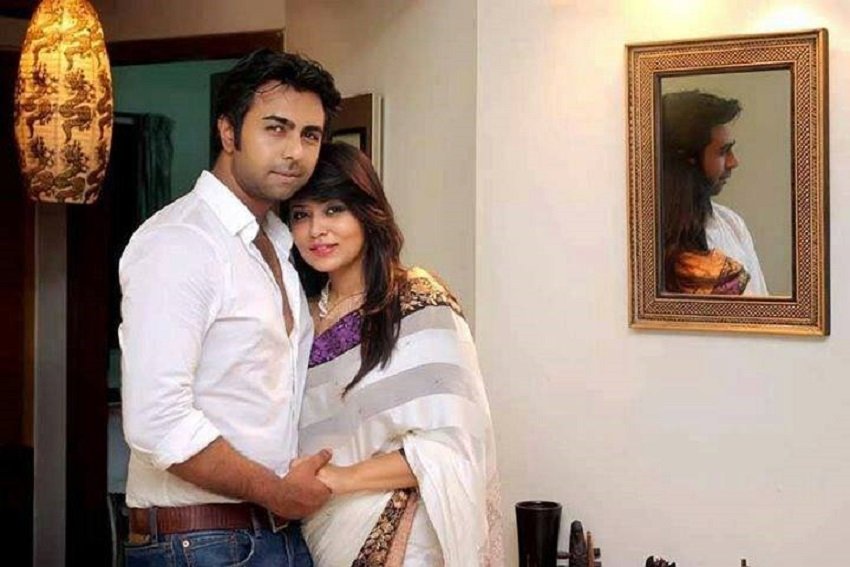 He completed BBA from a reputed university. He never shares his educational life with media. His career started with an advertisement for Nescafe, which was directed by Amitabh Reza Chowdhury. It made him famous. He is the fourth of four brothers and sisters. 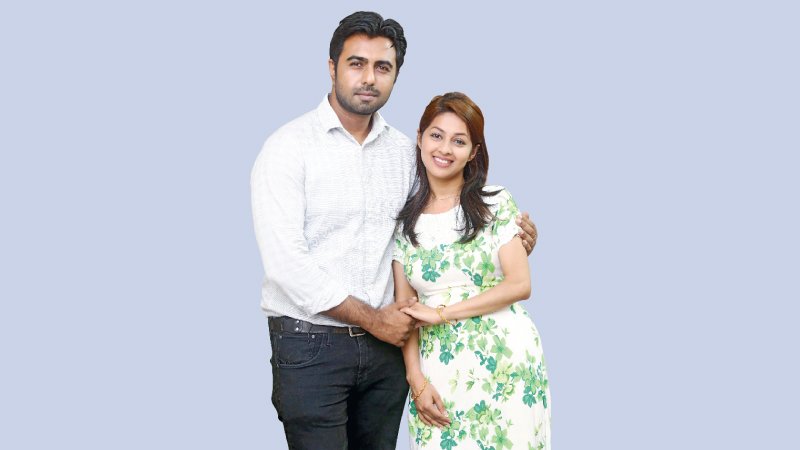 In 2008, He performed in “Khuje Pawa” film based on Father’s day. It was directed by Chayonika Chowdhury and written by Emdadul Haque Milon. He also acted in the “Swopner Nil Pori, Valobasar Suru and X factor” films. 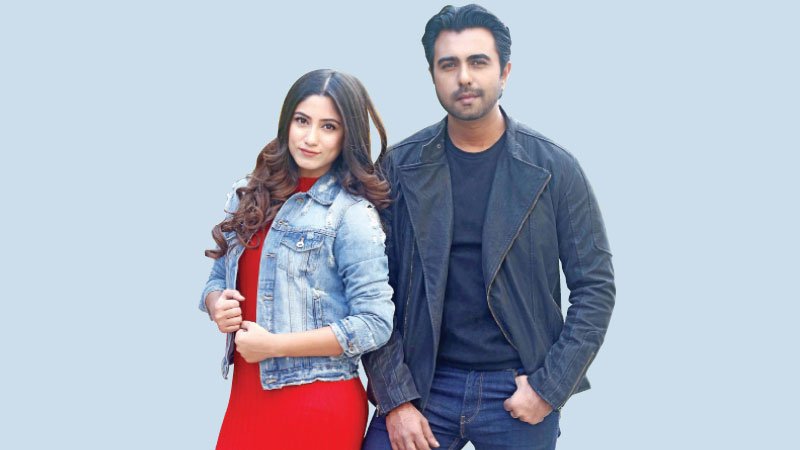 In 2010, his 6 series film “Pkahir Danai Vor” was released. It gained popularity and got tons of viewers. In the same year, he also performed in the “Sayanne and Chokhe Amar Trishna” films. 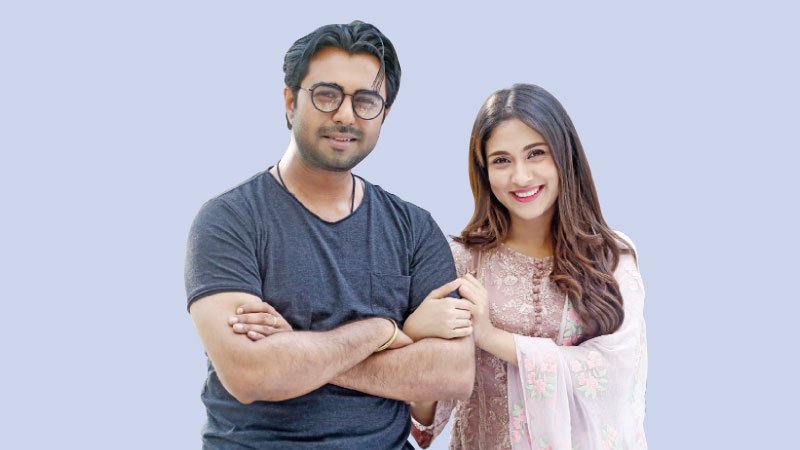 In 2017, his film “Boro Chele” gained unimaginable popularity. Everyone cried when they saw the films. It was directed by Mizanur Rahaman Ariyan. Mehezabin worked with Apurba as an actress in the “Boro Chele” film. He won Best Actor award for this film.

Apurba is a good presenter and host. In 2014, he worked in the “Late Night Coffee” tv show with Nusrat Faria and Abir. The program was telecasted in RTV. 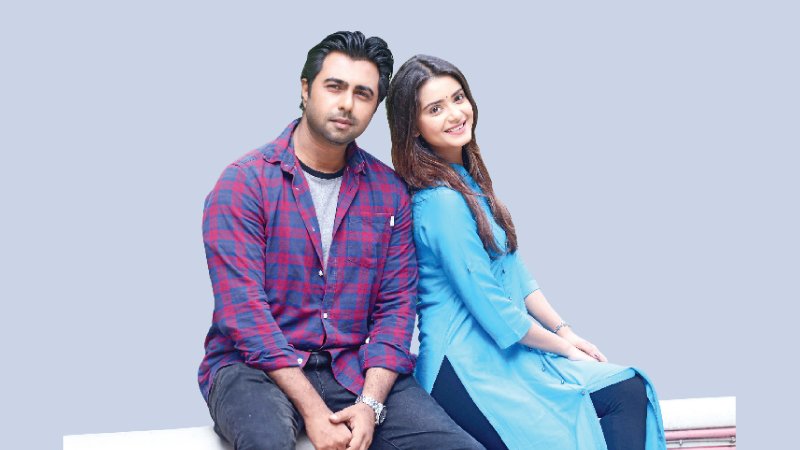 Apurba’s son Ayash performed in “Bini Sutar Taan” film and his acting crossed father’s performance. But there are no plans for his son. One day, Ayash will be great as his father: Ziaul Faruq Apurba. His son Ayash said, “I want to help my Dad in the film industry after growing up”.

In 2017, Ziaul Faruq Apurba won Meril Prothom Alo “Best Actor” Award for the “Boro Chele” film. In the same year, he won the ATN Bangla Performance Best Actor Award. He was nominated for the same award in the previous year 2009, 2010 and 2016. 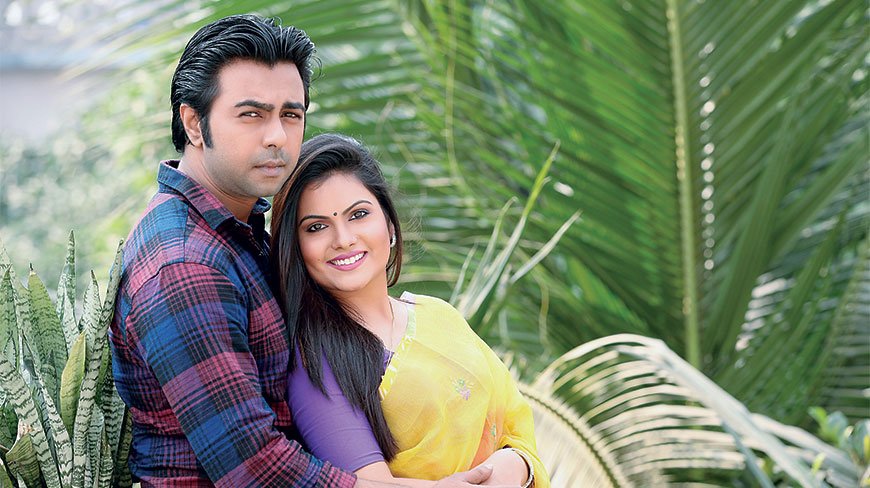 Bangladeshi actor Ziaul Faruq Apurba married popular model Sadia Jahan Probha on 18th August 2010. However, their relationship did not last long. She had an illicit relationship with Rajiv (ex-boyfriend of Sadia Jahan Prova). Apurba got to know that and divorced Probha on 21 February 2011. 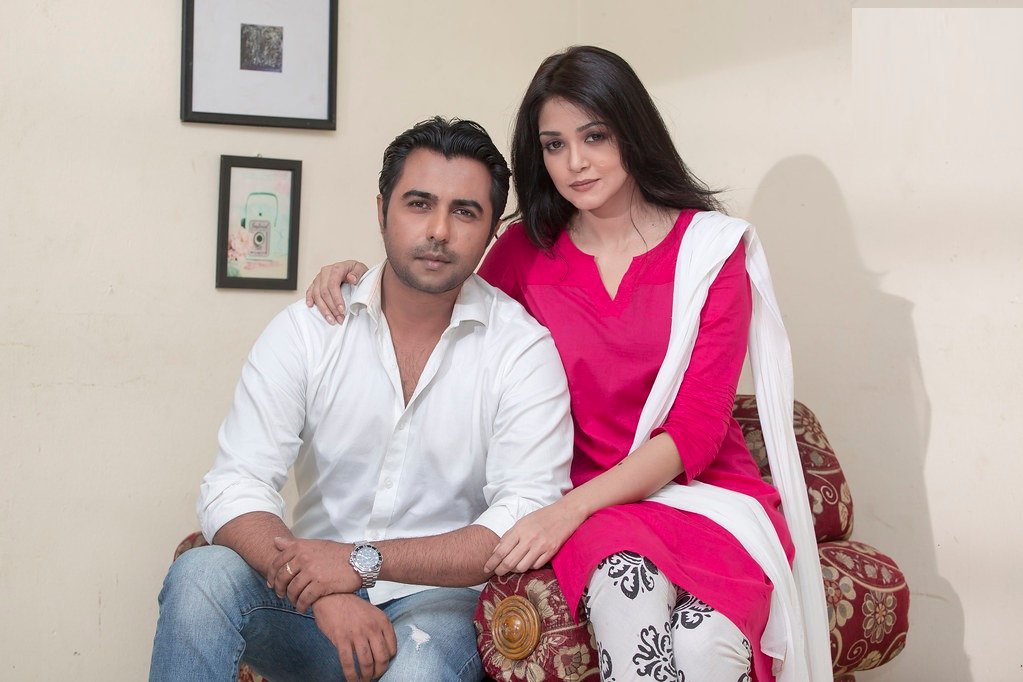 On 21 December 2011, he married Nazia Hasan Aditi. They are living happily. In the married life he is the father of one son. They have a son named Jian Faruq Ayash. He sang a song on the “Valobashar Chotuskon” film. Apurba’s voice is awesome and gained popularity. But he is now working as an actor. He has his own film production house whose name is ASI Creation Limited. In 2012, the “Backdated” film was released under the ASI film house. His house location is unknown to us. 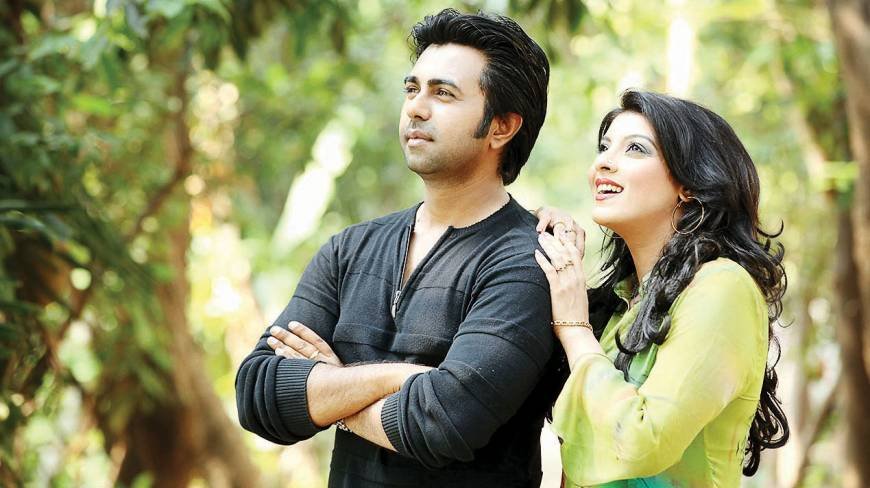 Outside of acting, he performs various entertaining activities, including singing, drawing, reading books, playing games, watching movies. His favorite colors are white and black. There was a lot to be desired, but later he fell in love with acting. He has kept his way without any plans.

In total career, Ziaul Faruq Apurba worked more than 100 films. He also takes part in the advertisement and many tv shows. He is known as one of the richest actors in Bangladesh. 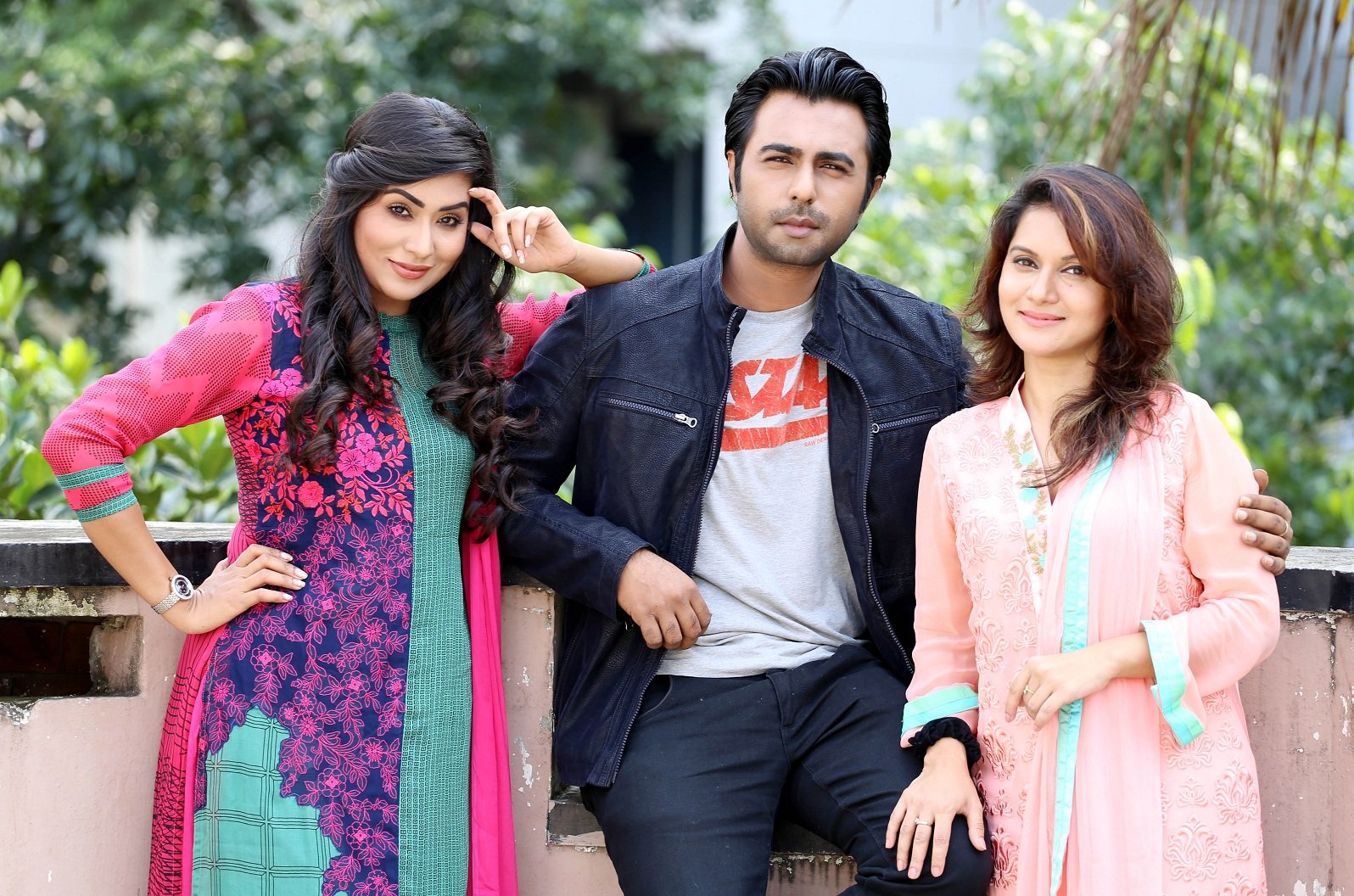 According to Ziaul Faruq Apurba’s statement and studies, his net worth is about 50 million US dollars. It is similar to 400 million Taka. His primary source of income is acting and brand promotion. He is now living in Dhaka City with his family.