Allen Neal Jones is one of the most popular wrestlers, is also known as AJ Styles. He is a fearless wrestler who had suffered a lot from his childhood. He was even raised in poverty and couldn’t afford to watch TV because they are very poor. At the same time, his father was an alcoholic man, and there is no much known about him.

But, AJ accepted his condition and worked extremely hard to become a wrestler. Now, look at him; he is one of the most-paid wrestlers. He lost many matches in his career, but never got depressed and gave up, which is the key to his success. 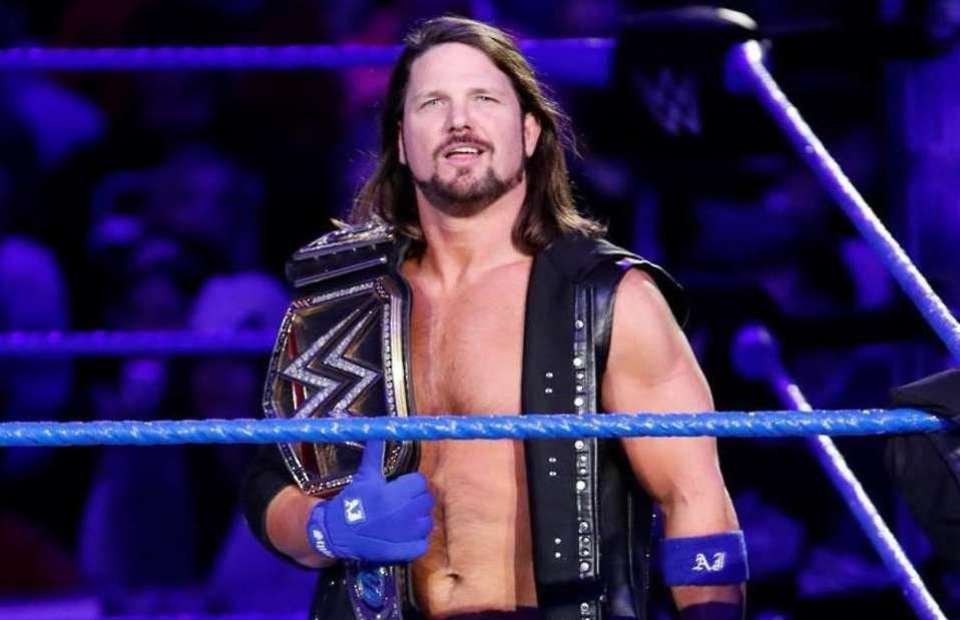 AJ Styles, the real name Allen Neal Jones, was born on 2nd June 1977. He was born in a place called Jacksonville, which is located in North Carolina, US. Now, there’s no information available about Allen’s parents. All we know is that he was raised by his alcoholic father in a very poor and poverty-environment.

AJ is not a highly educated person. He completed his schooling from Johnson High School. Furthermore, he also attended Anderson University for some time. 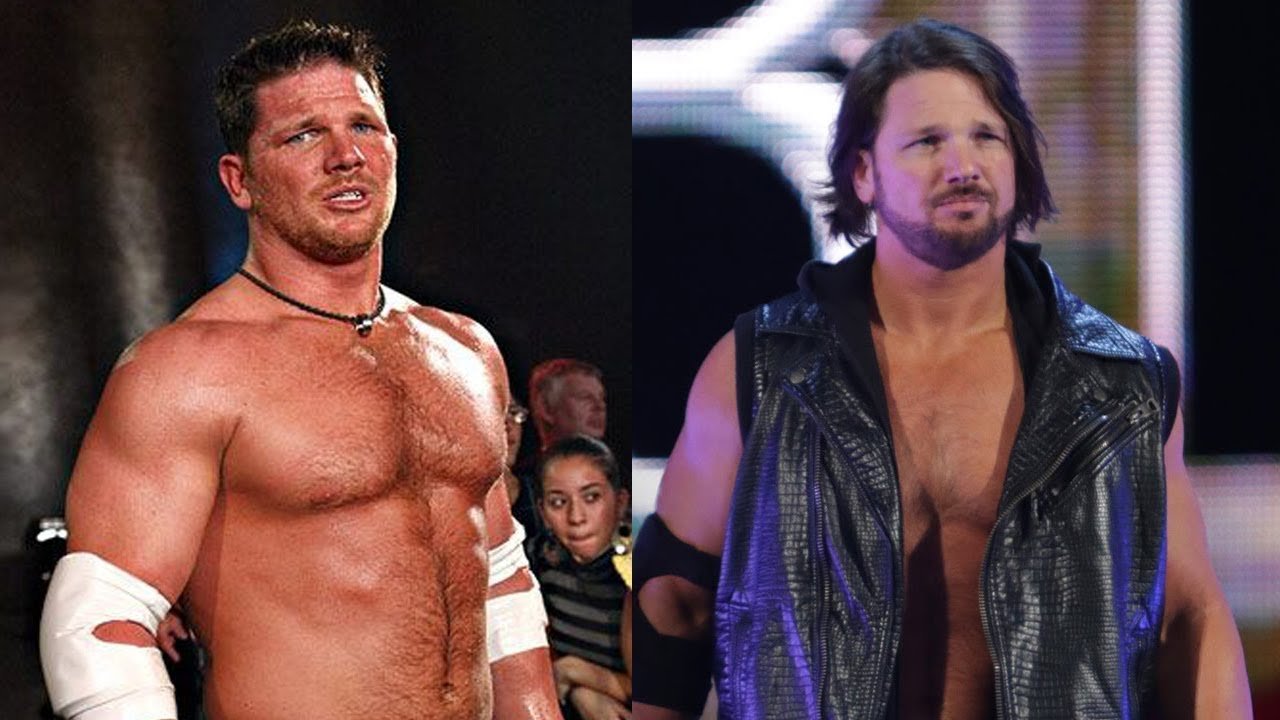 AJ Styles is married to Wendy Etris, who is a teacher by profession, since 2000. This couple has three sons and one daughter. Their names are Abbey Jones, Avery Jones, Ajay Jones, and Anney Jones.

AJ Styles started his wrestling career in 1998 by appearing in the Professional wrestling promotion NCW. In 2001, after three years of NCW, AJ participated in the All-Pro Wrestling tournament and made it to the quarter-final. But he didn’t win the tournament and defeated by Christopher Daniels. After one month, AJ also participated in the XWF Cruiserweight Championship but lost there as well. 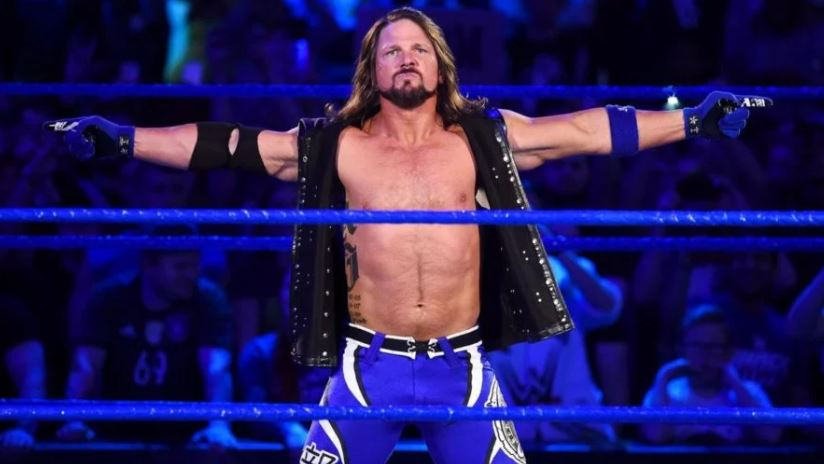 AJ first appeared in the World Wrestling All-Stars in 2002. He appeared in a basic elimination match, but he lost that match too. However, in the same year, he participated in the WWA International Cruiserweight Championship and won nit by defeating Jerry Lynn. He also took part in the ECWA Super 8 tournaments, where AJ reached to finals but lost to wrestler called Donovan Morgan. He appeared in 2 episodes of WWF Metal, WWF, and dark match. Furthermore, he competed in many other competitions.

AJ participated in Impact Wrestling in the middle of 2002. It was also known as Total Nonstop Action Wrestling. Later, he won the two championships, which are the NWA World Tag Team championship and Impact X Division Championship. After that, he focused on the NWA World Heavyweight Championship, but on there he won and lost some matches. 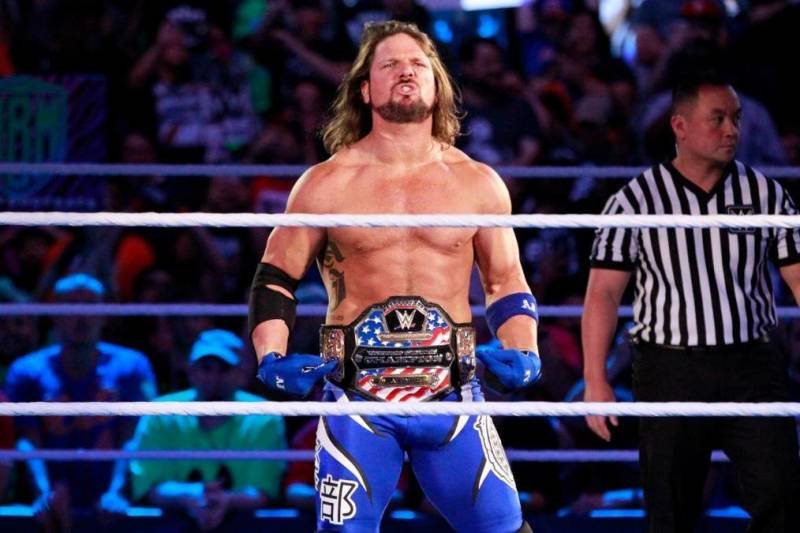 In 2014, AJ went to the Ring of Honor Wrestling and won 4 matches continuously. On the other hand, in 2016, he joined and signed in to WWE and teamed up with Chris Jericho, and their team-up ended when they lose the WWE Tag Team Championship.

In 2017, AJ participated in on the WWE SMackDown Live, and on 7th July, he held the tournament called the United States Championship at the Madison Square Garden WWE live, and on there he defeated wrestler Kevin Owens.

AJ Styles is one of the most popular and successful wrestlers. In his career, he achieved many awards and won many championships, which are as follows: 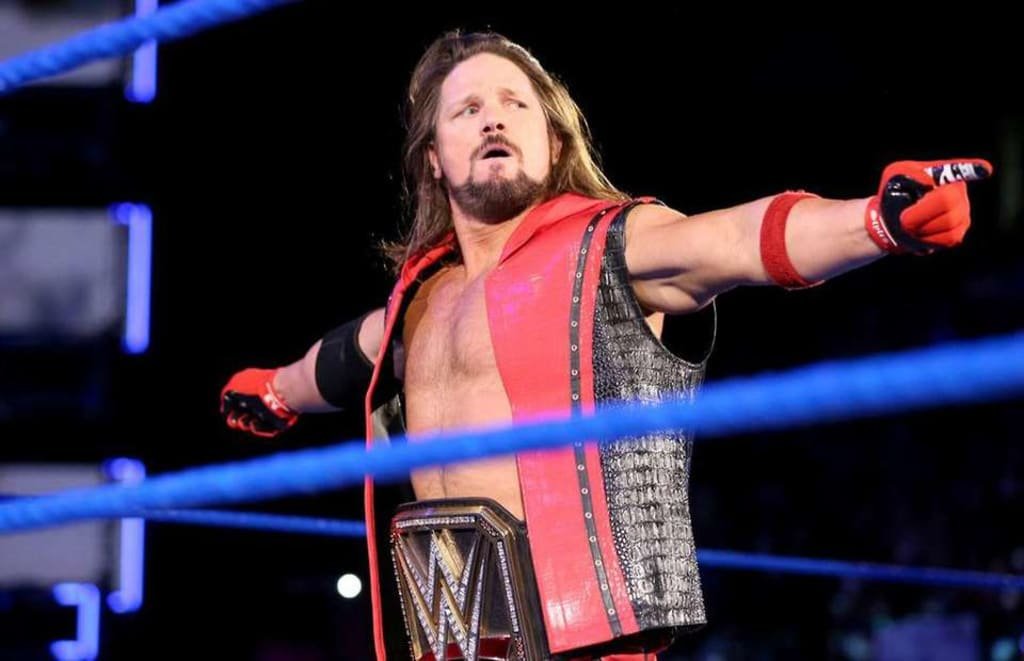 AJ’s net worth is recorded at more than $8 million in 2020. However, he made most of his fortune from being a professional wrestler and by winning several championships. Many reports say that AJ had a great deal with the WWE. Furthermore, he is earning $2 million a year from the WWE. In 2017, he made around $2.4 million from wrestling. 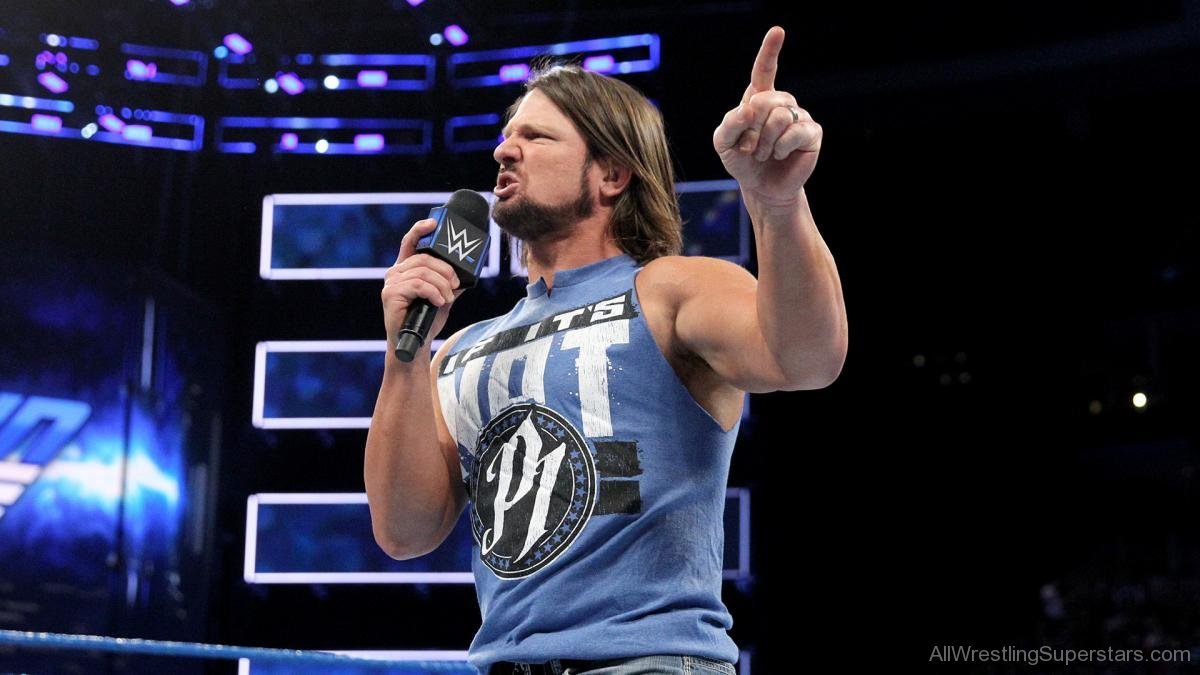 Now, AJ Styles is one of the highest-paid wrestlers in the world. But, he had gone through a very tragic past. He spent his childhood in poverty and couldn’t even watch TV. However, he made it to the professional wrestler.

Some facts that you probably don’t know about AJ Styles are here:

AJ is a star in Japan. That is because he had a successful wrestling career in Japan. He was a two-time IWGP Heavyweight Champion, and he was the only sixth non-Japanese performer to do that. At the same time, he is also the last non-Japanese wrestler who won the championship, and he was led by Brock Lesnar (won the title back in 2005). 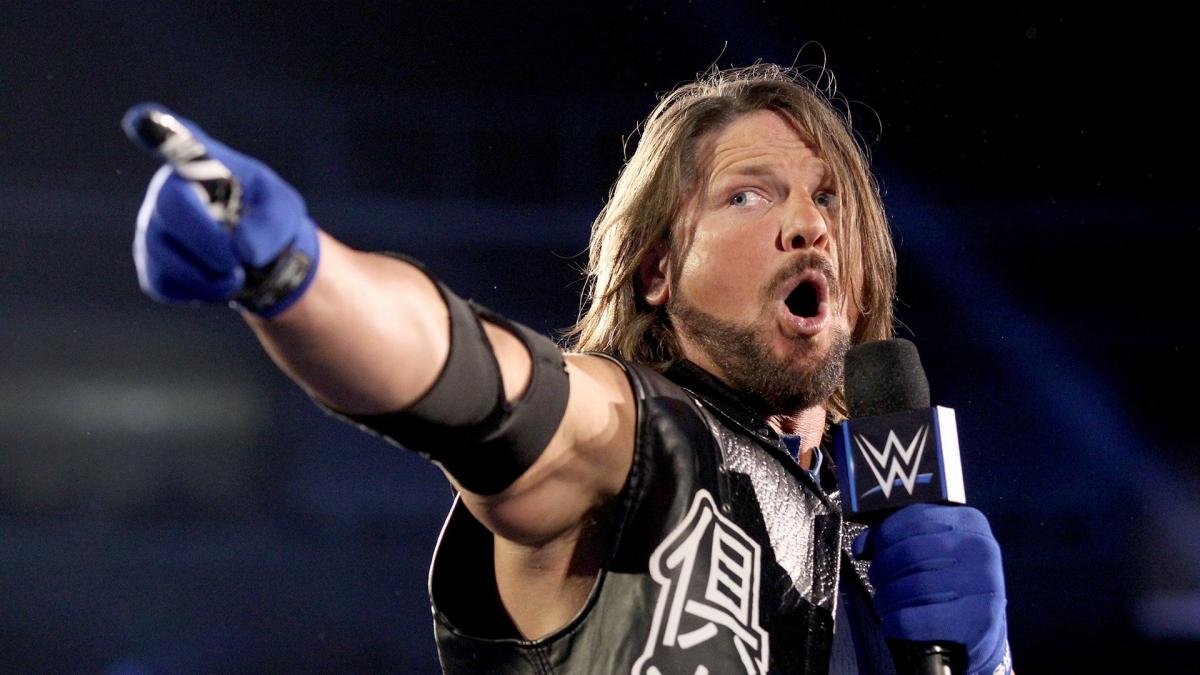 He once turned down a WWE contract. It happened 14 years ago when he received an offer to join the WWE. But, he didn’t accept the offer, and instead he joined the Ring of Honor. The reason is simple, and it is because he is a family man and his wife had to move back with her mother if AJ accepts the offer of WWE.

AJ is a gamer who loves to play video games besides his wrestling hobby. He has a Nintendo 64, and he plays old games like WWE RAW vs SmackDown and other games as well. If you all played the WWE 2K19, then you all seen that AJ is chosen as the cover face of this game that is available for Xbox One, PlayStation 4, and Windows platform too. 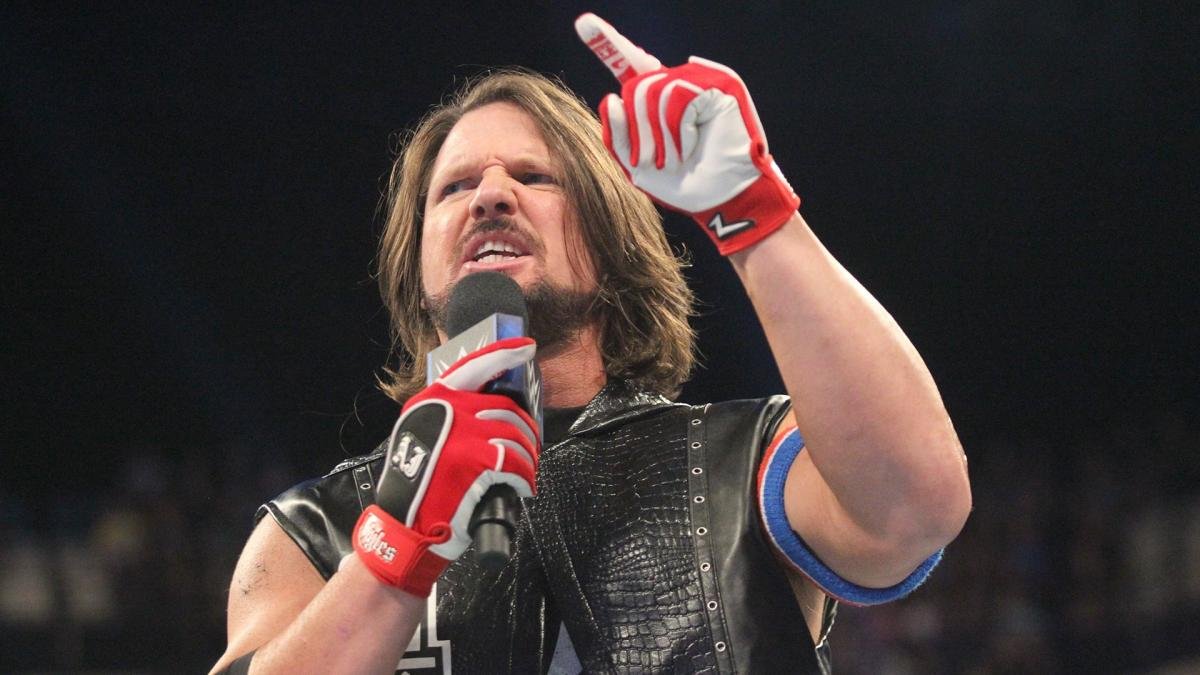 AJ is currently signed in with WWE and doing well with his wrestling career. He has no plans for retiring yet. But, Allen wants a healthy and happy retirement so that he could spend his life happily with his family.