Anna Paquin is a Canadian–New Zealand actress born on 24 July 1982. She started professional acting in her childhood. As a child, she appeared in a New Zealand period drama film in 1993. It was her first appearance in the film industry. For which Anna received the Best Supporting Actress award at the Academy Awards. In the same year, she named as the second-youngest winner in Oscar history.

She is famous for the leading role as Flora McGrath in a film The Piano, as Sookie Stackhouse in American fantasy horror drama television series True Blood and as Marie D’Ancanto / Rogue in an American superhero film X-Men. In this article, you will know all of the important information about her. Keep reading until the end. 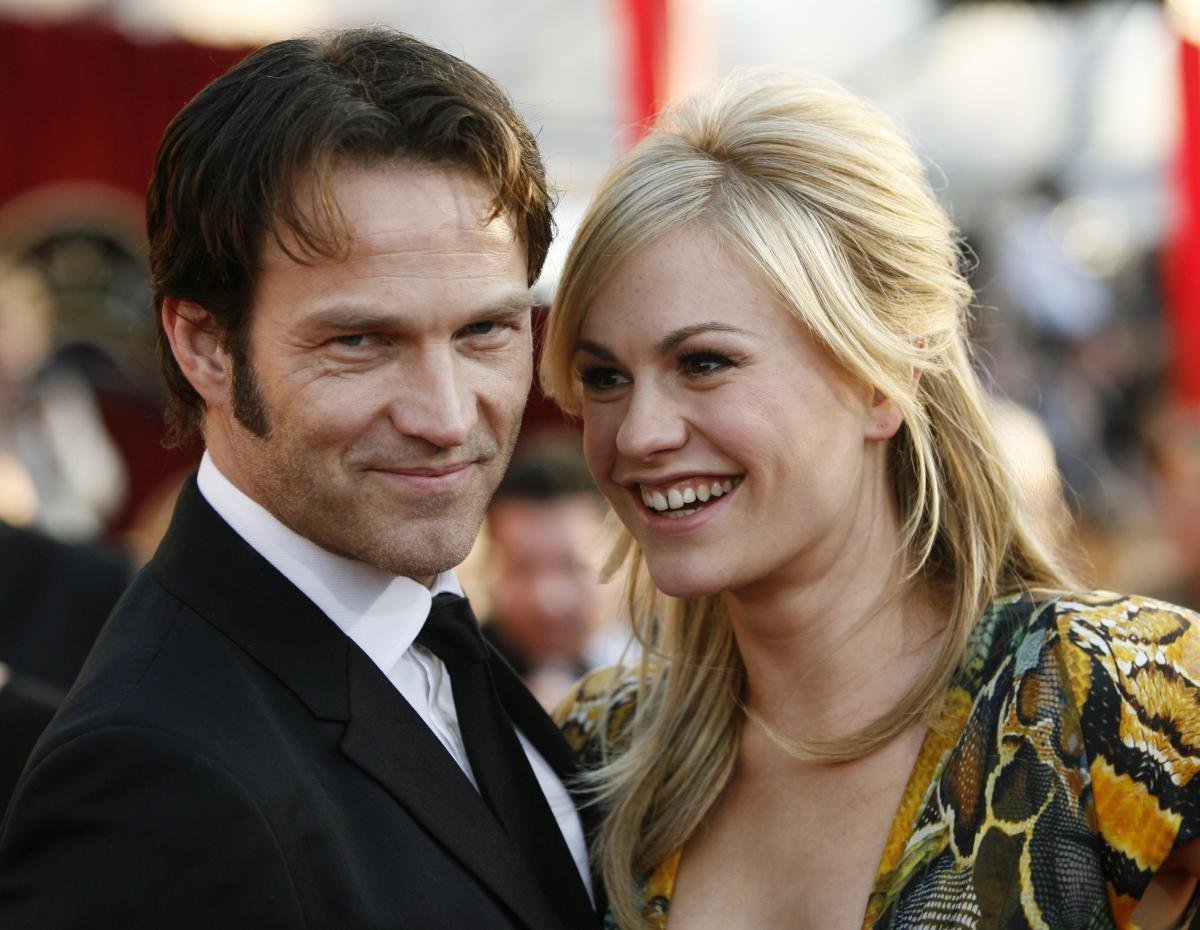 Anna Paquin was born on 24 July 1982 in Winnipeg, Manitoba, Canada. Her birth name was Anna Hélène Paquin. Anna’s father’s name is Brian Paquin, a physical education teacher of the high school from Canada. 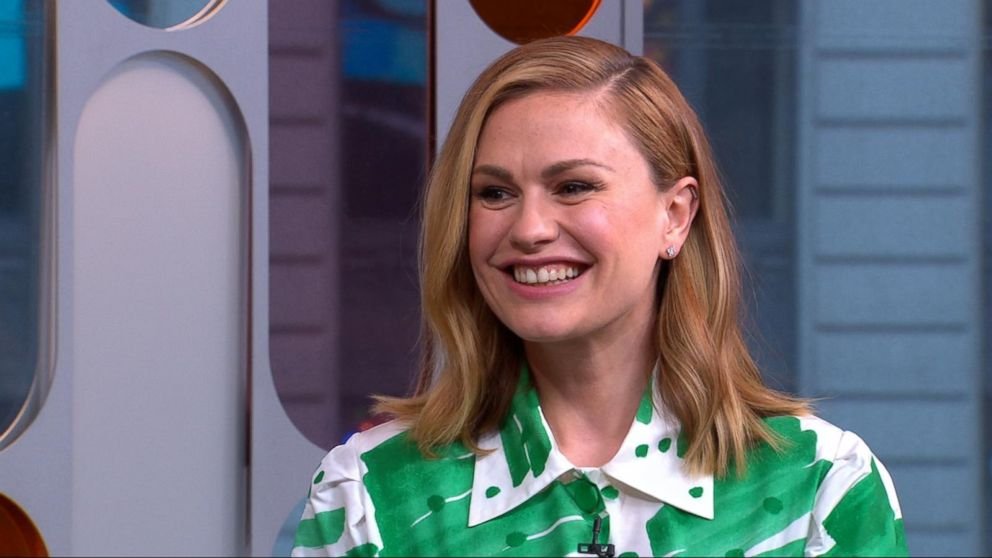 Her mother’s name is Mary Paquin (née Brophy), a teacher of English subject and native of Wellington, New Zealand. She has an older brother named Andrew, a director, and an older sister Katya, partner of Russel Norman, co-leader of Green Party of New Zealand. Anna is of Dutch, French and Irish descent. When she was four years old, her family moved to Wellington, New Zealand; then, she grew up there. In her childhood, she was a music lover. Her hobbies include cello, piano, and viola. Also, passionate about swimming, gymnastics, ballet, and downhill skiing. But she was not interested in acting.

As a child, she attended Raphael House Rudolf Steiner School in Lower Hutt until nine years old while living in New Zealand. Then she studied Hutt Intermediate School for one year. After completing primary, she attended secondary education at Wellington Girls’ College in Wellington. In 1995, her parents got divorced then she moved to Los Angeles along with her mother. There she completed the High school diploma. 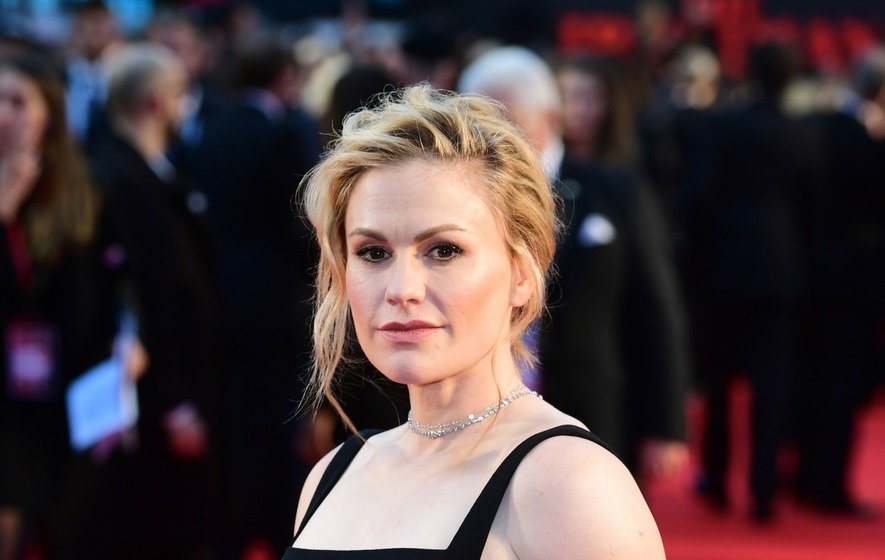 Anna completed graduation at Windward School in June 2000, and at the special education center, she finished school’s Community Service requirement for the soup kitchen. Eventually, she admitted to Columbia University. After one year, she dropped out to pursue an acting career. Right Now, she is a popular actress across the world. 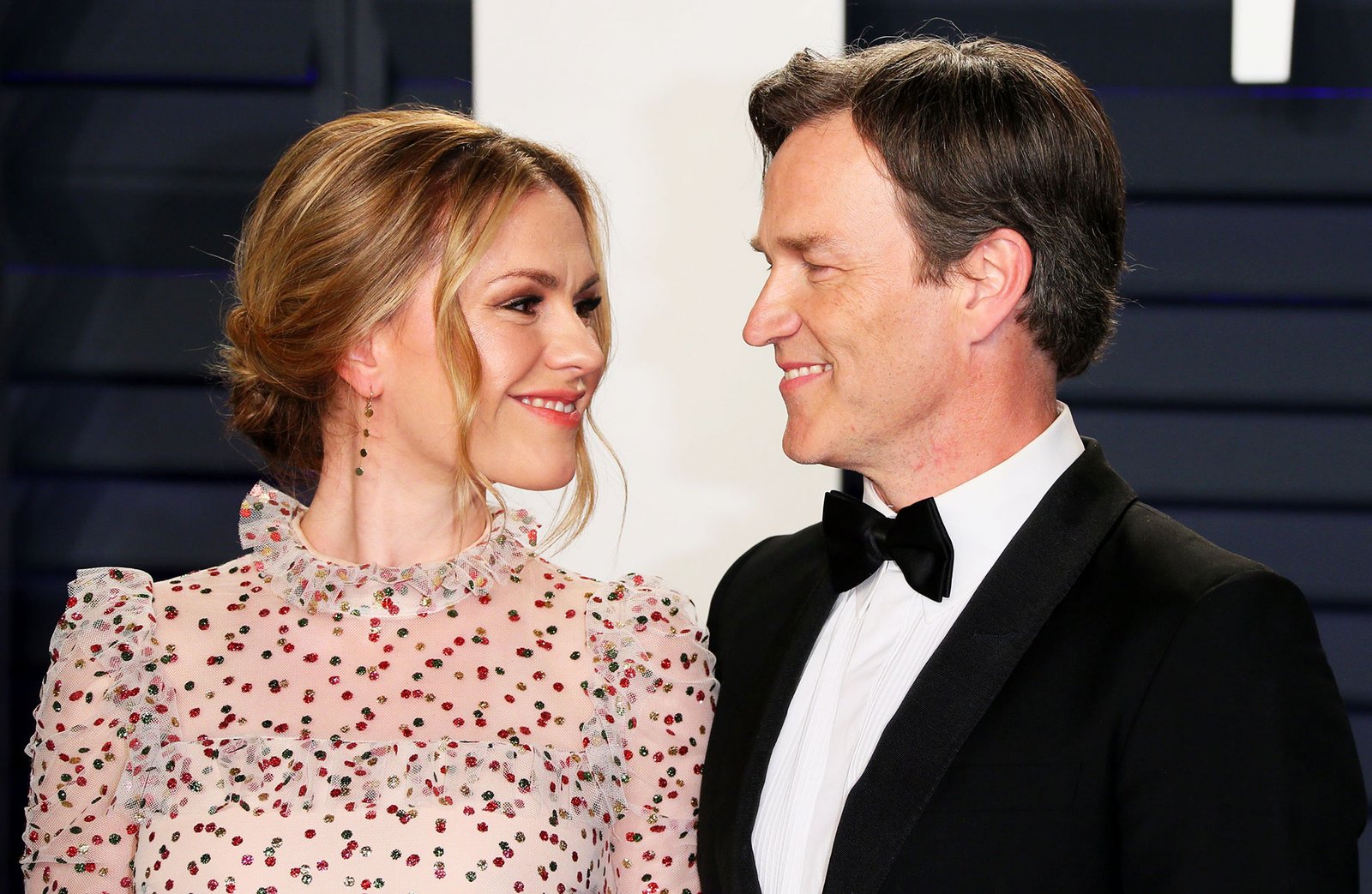 Stephen Moyer: In 2007, after breaking the first relationship, she started dating Stephen Moyer. He is an English film and television actor. Stephen was her co-star of True Blood television series. After dating several times, they announced the engagement on 5 August 2009 and got married on 21 August 2010 at a private residence in Malibu, California. They welcomed two children Paquin and Moyer. At present, the couple living happily in Venice, Los Angeles, California. 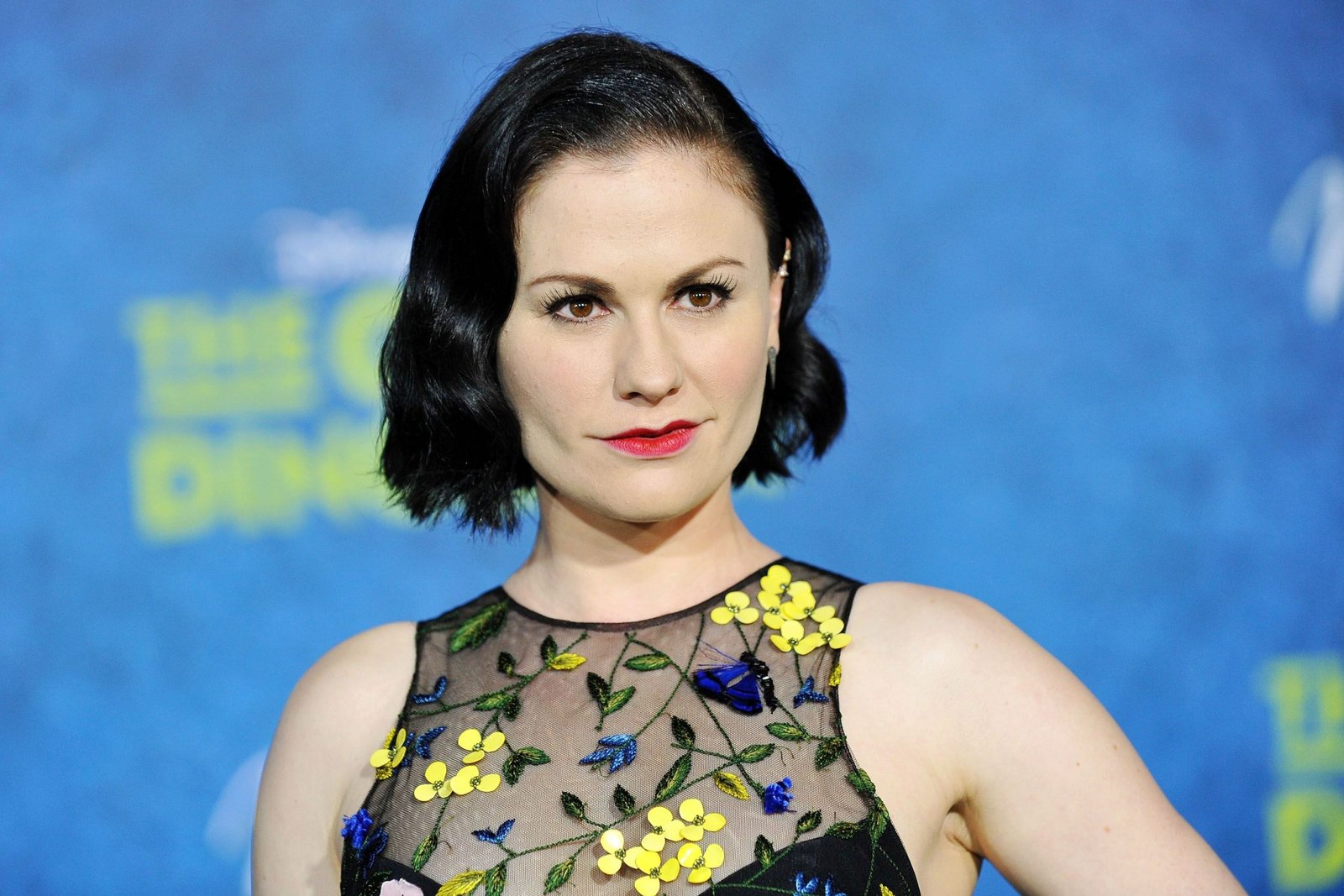 In 1993, Anna started a professional acting career in a period drama film called The Piano. Where her role was Flora McGrath. 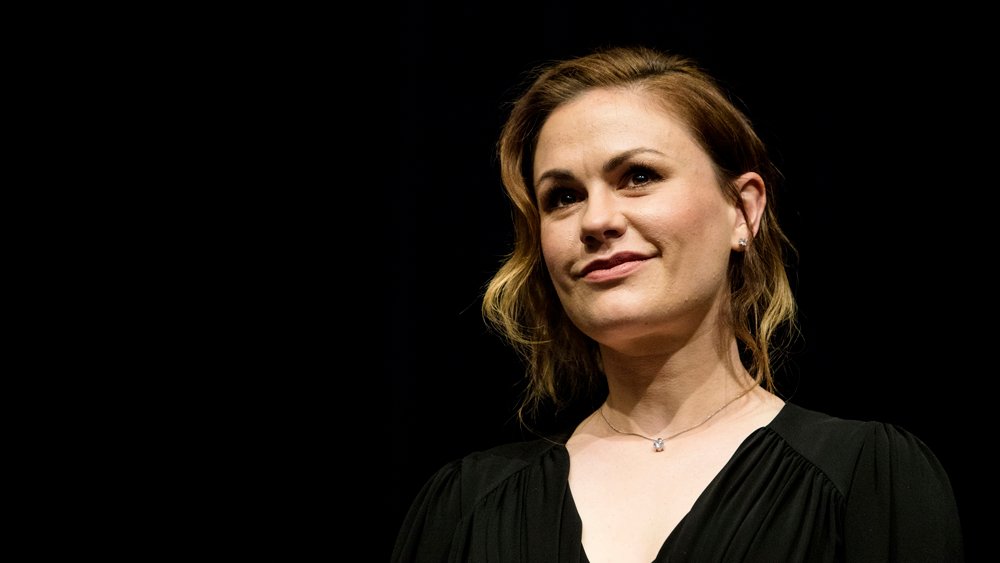 In 1996, during her childhood, she participated as Amy Alden in a family drama film Fly Away Home. For which she received nominations for Best Young Actress in a Movie at Critics’ Choice Awards and Best Leading Young Actress in a Feature Film at Young Artist Award. 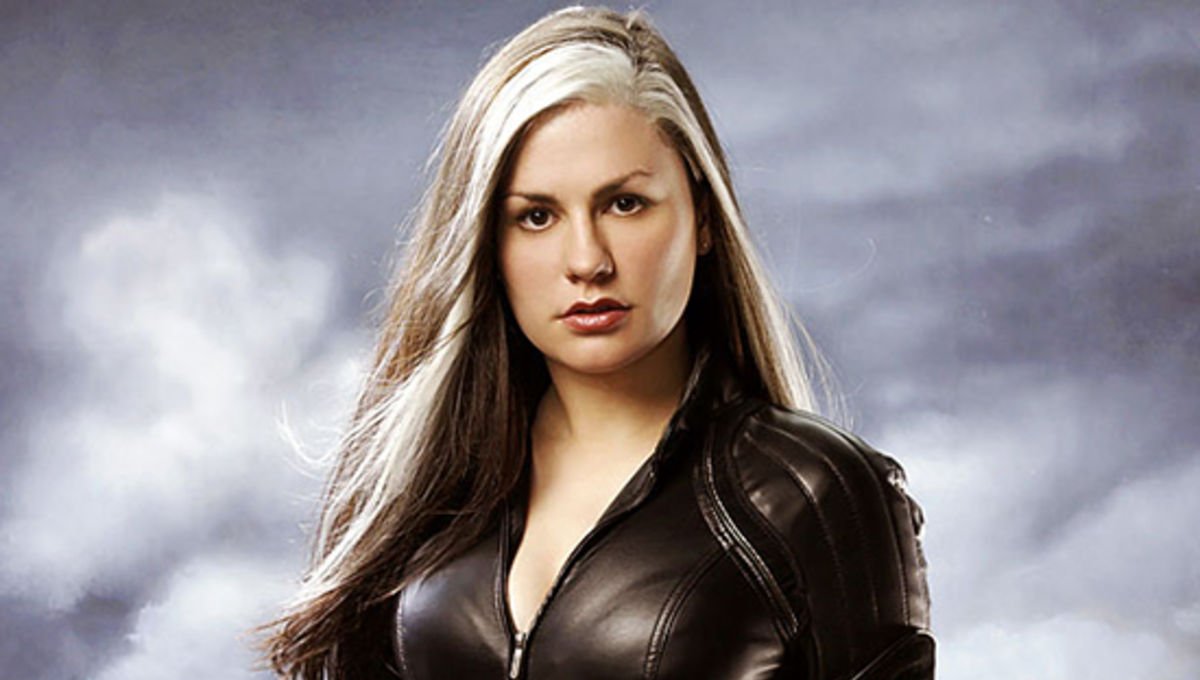 Her next big appearance was in 1998 for an independent film Hurlyburly as Bonnie. For which she was nominated for Best Youth Performance from Online Film & Television Association Awards. In the same year, she shared her voice in Laputa: Castle in the Sky.

Next year, she appeared in three films, including A Walk on the Moon, It’s the Rage, and She’s All That, where her role was as Alison Kantrowitz, Annabel Lee, and Mackenzie Siler respectively. From those, A Walk on the Moon was successful, for which she was nominated at Young Artist Award for Best Supporting Young Actress in a Feature Film and for Best Performance by a Young Actress in a Drama Film at YoungStar Award. 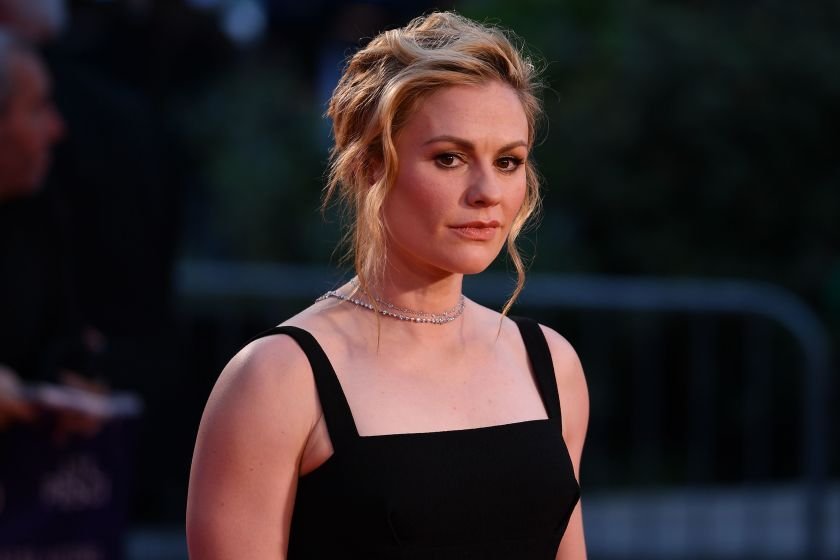 In 2000, she made a breakthrough role as Marie / Rogue in an American superhero film X-Men director by Bryan Singer. It was a commercially successful movie by grossing $296.3 million, where the budget was only $75 million.

For her breakout role, she received three nominations for Best Performance by a Younger Actor, Best On-Screen Duo, and Favorite Actress — Science Fiction. In the same year, she also nominated for Outstanding Performance by a Cast in a Motion Picture in an American comedy-drama film Almost famous; her role was Polexia Aphrodisia. Unfortunately, the film was failed in the box office. 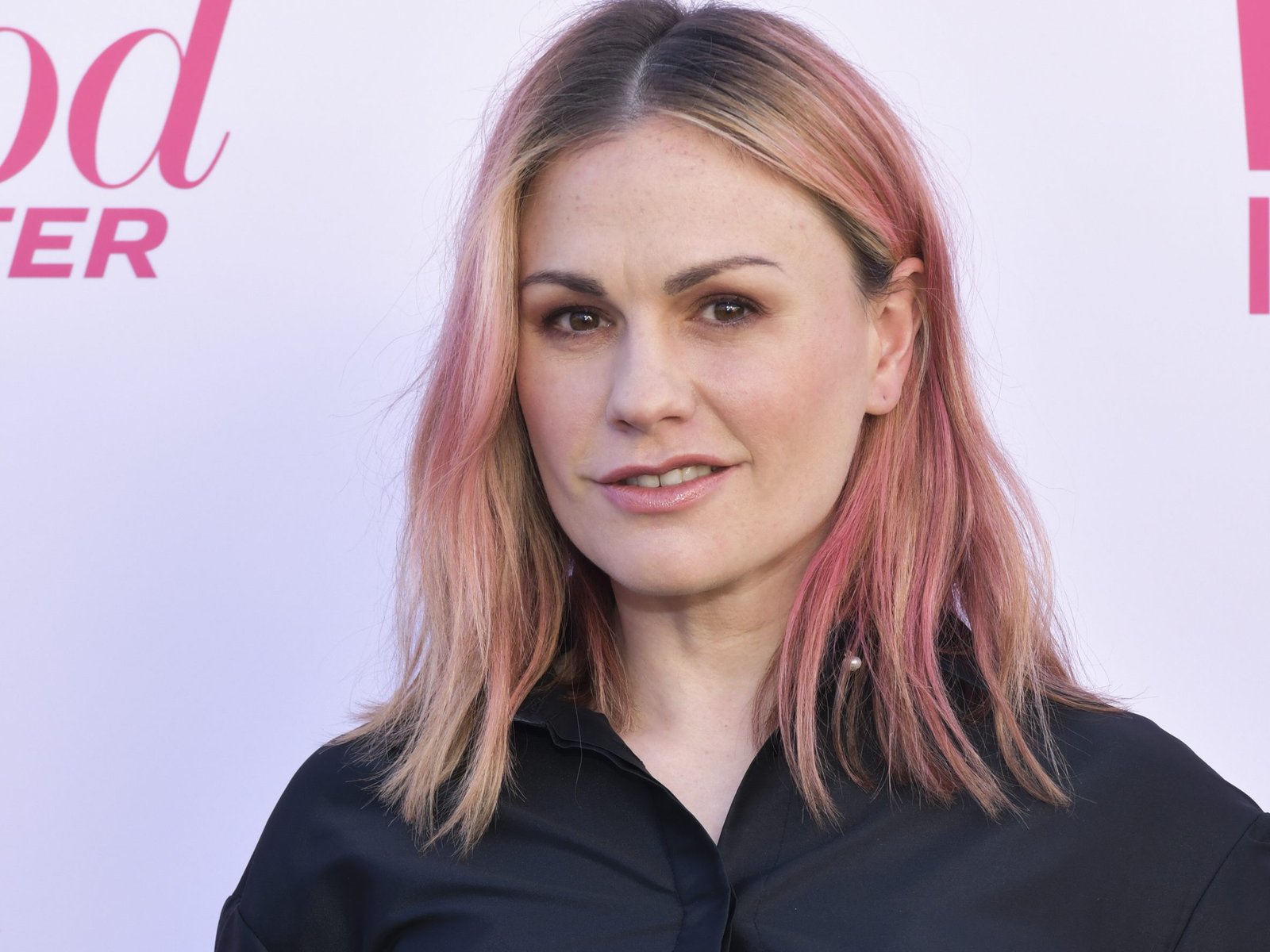 She started 2005 with success as Lili in an American independent comedy-drama film The Squid and the Whale. She played an important role and received the Best Ensemble Cast at Gotham Awards Association.

In the same year, she played another role in an epic drama film Margaret. For which she received three awards, including Best Actress at International Cinephile Society and Village Voice Film Poll. Also, at London Film Critics’ Circle for Actress of the Year. 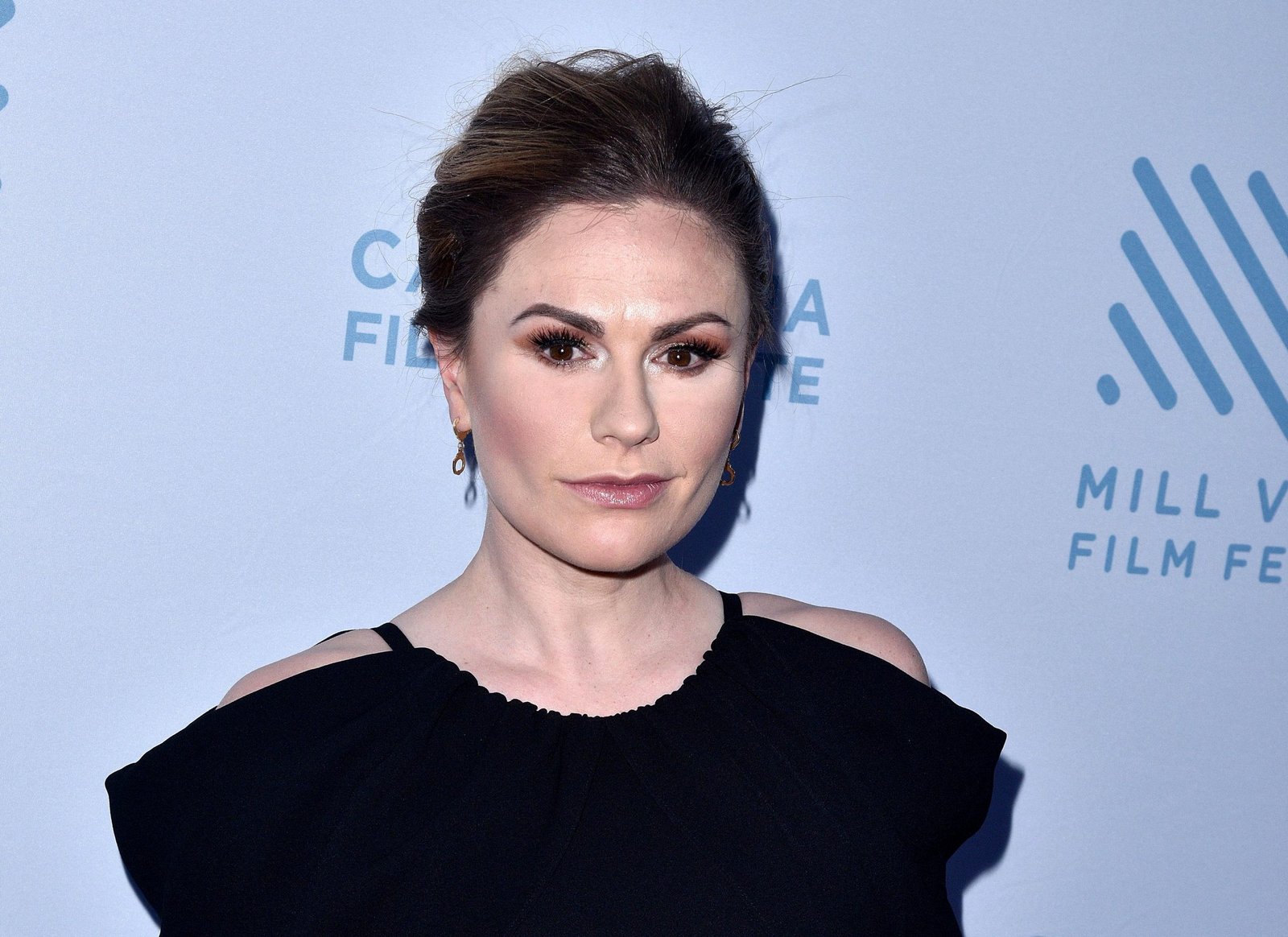 Her next films are The Carrier, Free Ride, and Straight A’s in 2013. In 2014, she appeared in X-Men: Days of Future Past as Marie / Rogue. In 2015, she participated in The Good Dinosaur by giving voice, and in 2018, she appeared in two films including, a comedy-drama film Furlough and a British drama film Tell It to the Bees where her role was Lily Benson and Dr. Jean Markham respectively.

In 1997, she made her film debut in The Member of the Wedding as the role of Frankie Adams. After that, she had a long break from TV shows. In 2007, she worked in a historical drama television film, Bury My Heart at Wounded Knee. For which she received Best Supporting Actress in a Motion Picture or Miniseries Award at Online Film & Television Association Awards. She was also nominated for three awards in that film.

In 2008, she started acting in an American fantasy horror drama television shows called True Blood. Initially, she got an invitation for a few episodes, but she performed well and took a chance to work until the end of the series (from 2014). She appeared in a total of 80 episodes. For her important role, she received several awards and nominations. It’s one of the most successful works by Anna.

In 2009, she starred in another television film, The Courageous Heart of Irena Sendler, and in 2011, she worked for an animated musical comedy television series by giving voice in The Curse of Candace episode. In 2013, Anna took part in the six episodes of the series Susanna.

In 2016, she appeared in a series called Roots. She played as Nancy Holt and nominated for Best Supporting Actress in a TV Movie/Miniseries at Critics’ Choice Awards. 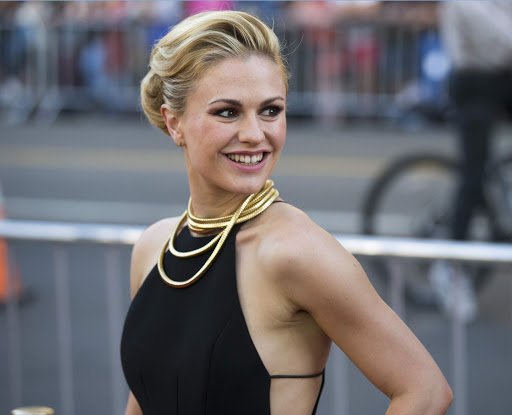 Her next TV series includes Philip K. Dick’s Electric Dreams, Alias Grace, and Bellevue in 2017. In 2019, she acted for The Affair and Flack as Joanie Lockhart and Robyn.

Anna has also done several theatres from 2001 to 2006. Some of these are The Glory of Living; Dog Sees God: Confessions of a Teenage Blockhead, Roulette, The Distance From Here, and After Ashley. She is the perfect woman for every stage, no matter where and when it will be done.

According to the updated calculation of 2020, Anna has an estimated net worth is $15 million. It’s increasing year by year. 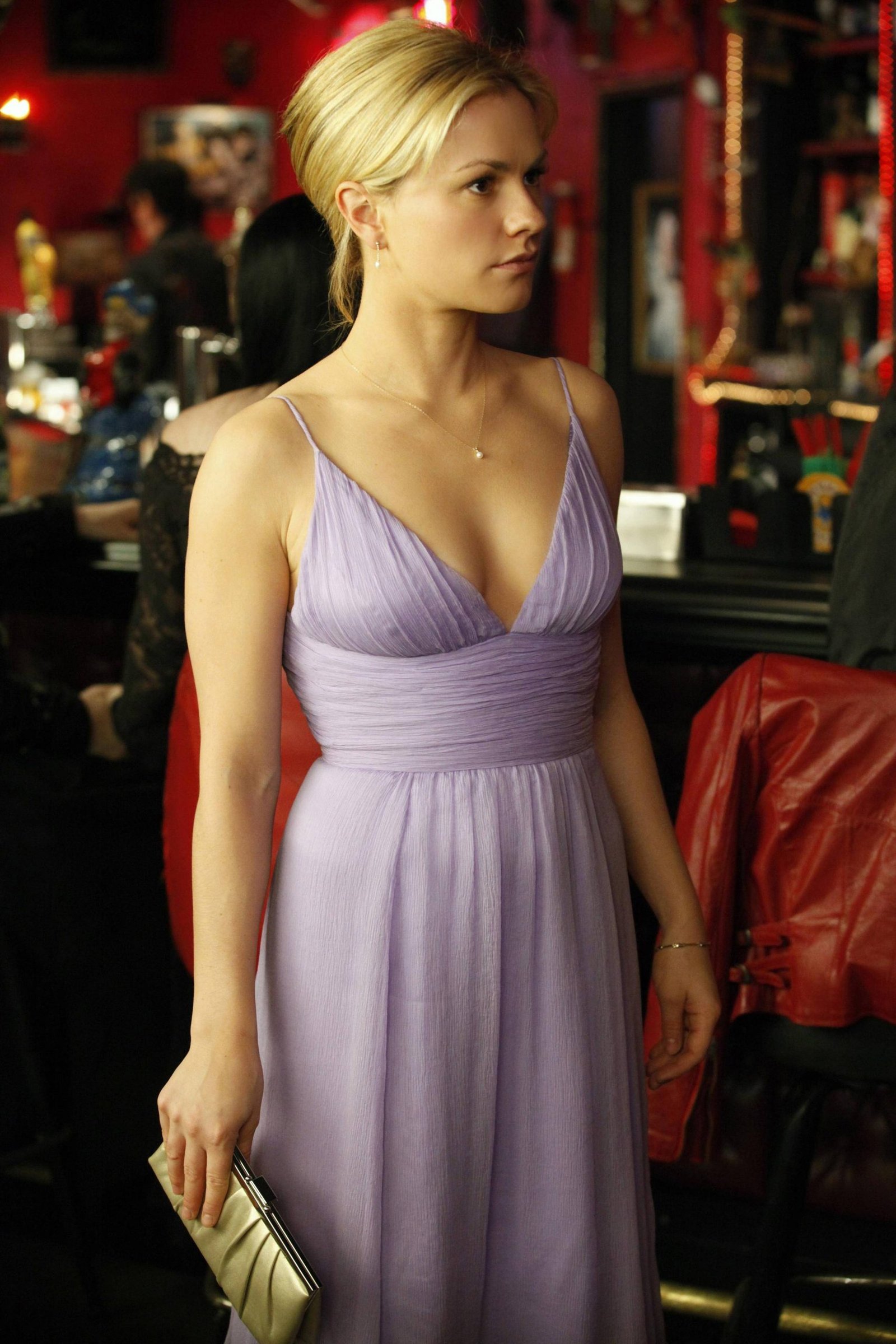 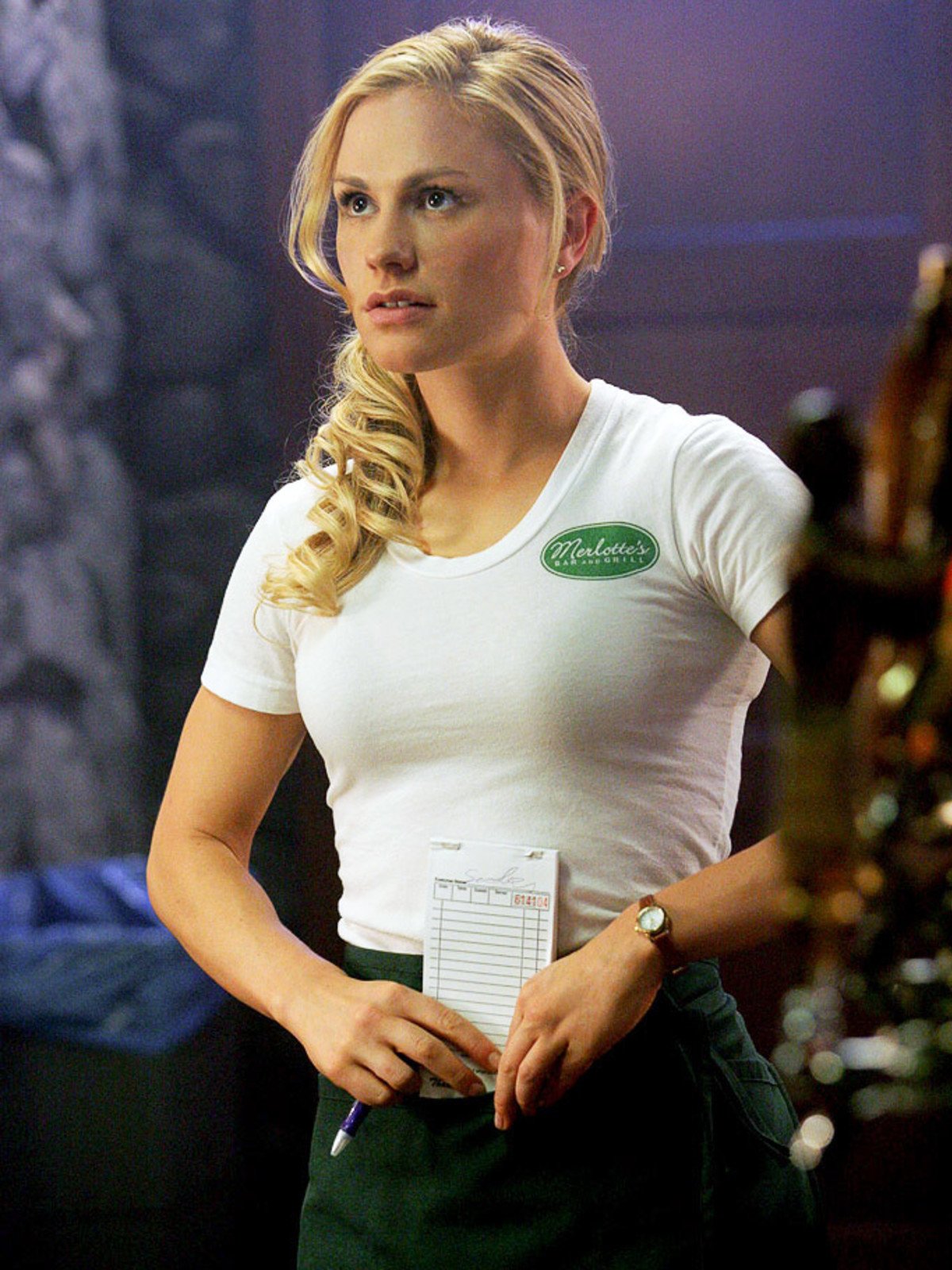 Anna is a successful actress who has been acting since 1993. She has participated in many films and television series. Her best work was True Blood, in which she received six awards and several nominations. She got the first award in 1994 for Best Supporting Actress. Anna has numerous fans and followers on Instagram and Twitter. Here is a brief summary of her achievement.