Brock Lesnar is a popular name in wrestling. Every wrestling fan knows him well. He is known as the Beast in wrestling. That is because he is a man with skills in the field of wrestling. He became so much popular at such a young age, and he is the only and youngest wrestler who won the WWE World Championship. It shows how much skill does he has and how destructive he is.

Brock has won lots of awards and titles in his career. At the same time, he was not only a wrestler but also a Mixed Martial Artist and participated in New Japan Pro-Wrestling. He also appeared in movies and video games too. 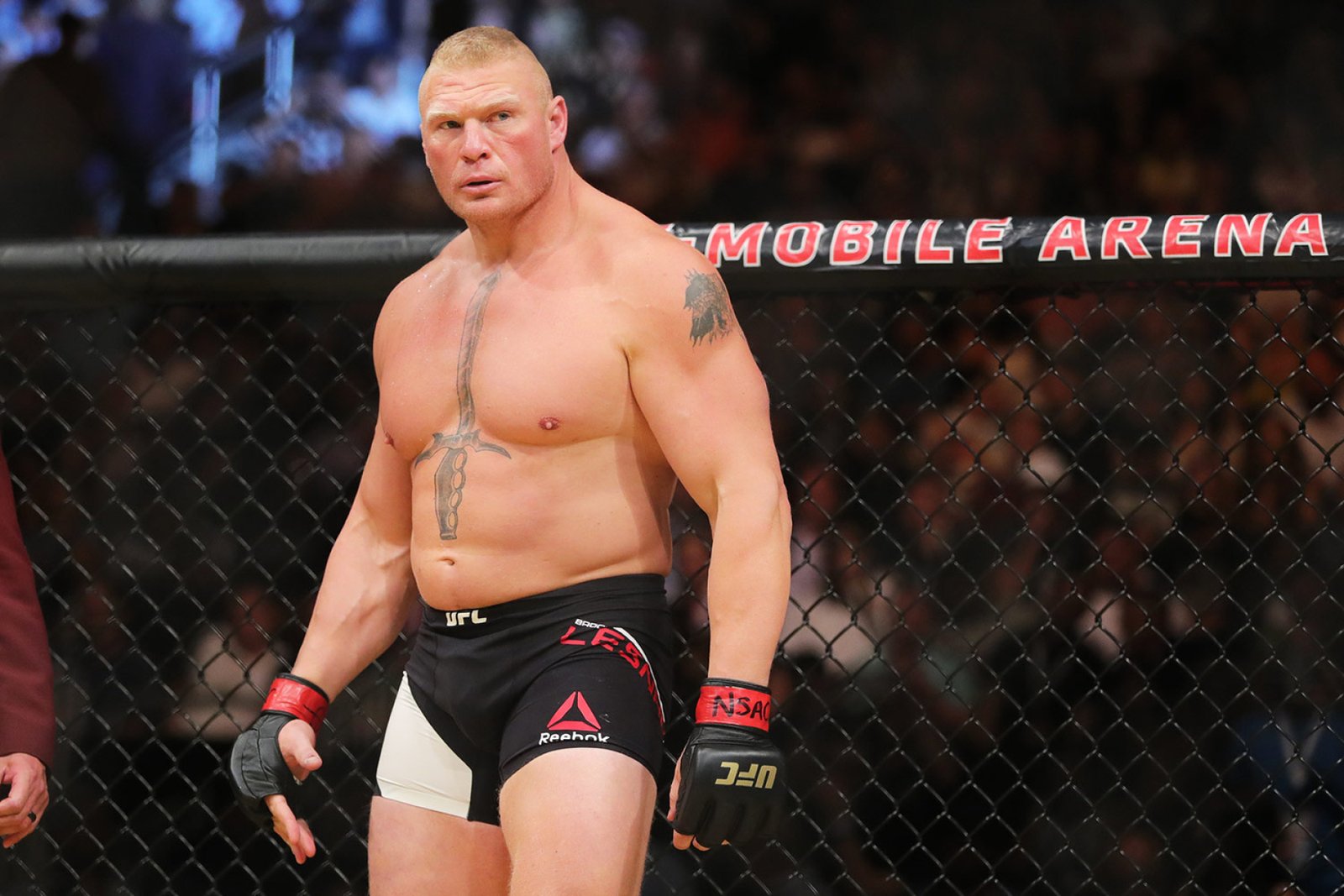 One of the most popular wrestlers, Brock Lesnar was born on 12th July 1977, in a place known as Webster South Dakota. 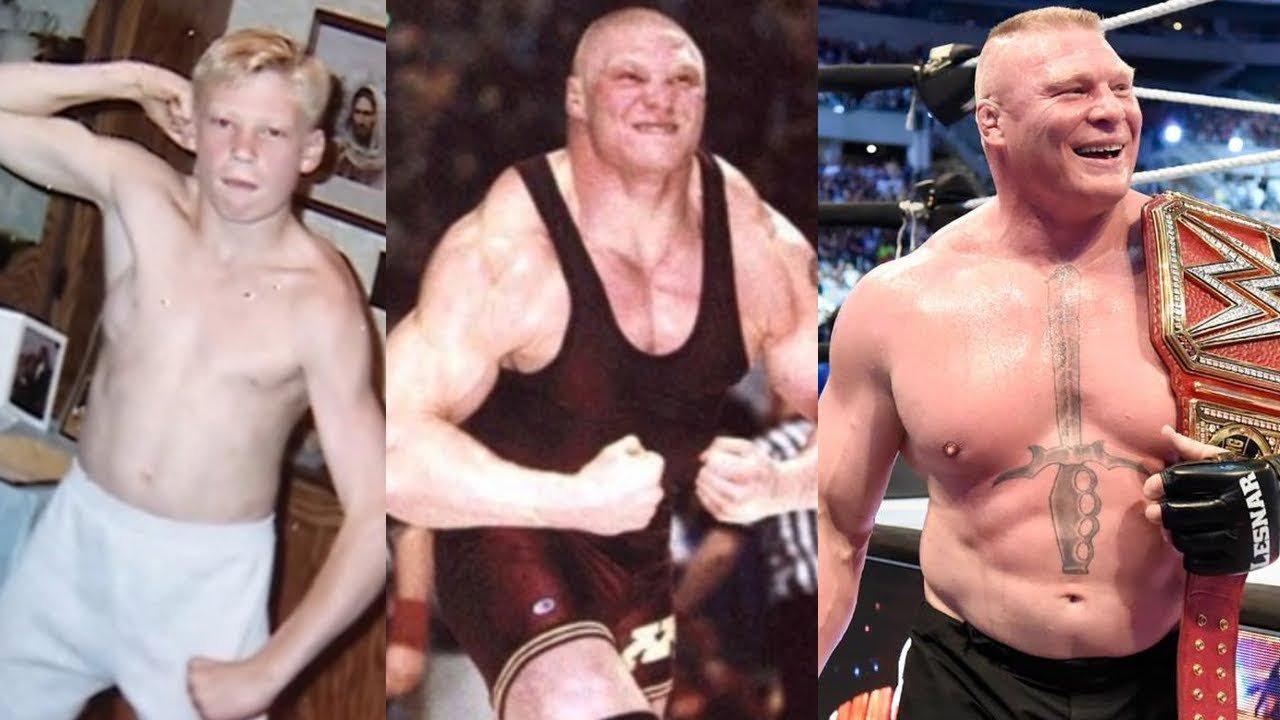 Brock is a son of Richard Lesnar and Stephanie. However, Brock has three siblings, and he is a German descent too. Although he is recognized and holds an American nationality, he actually belongs to German ethnicity. At the same time, he is a follower of Christianity.

Brock went to Webster High School at an early age. On there, he played football and also took part in amateur wrestling tournaments. After completing high school, he joined the Bismarck State College, and on there he participated in the National Junior College Athletic Association heavyweight wrestling championship and won the championship as well. He didn’t complete his graduation because he got the wrestling scholarship at the University of Minnesota for his amazing wrestling skills. 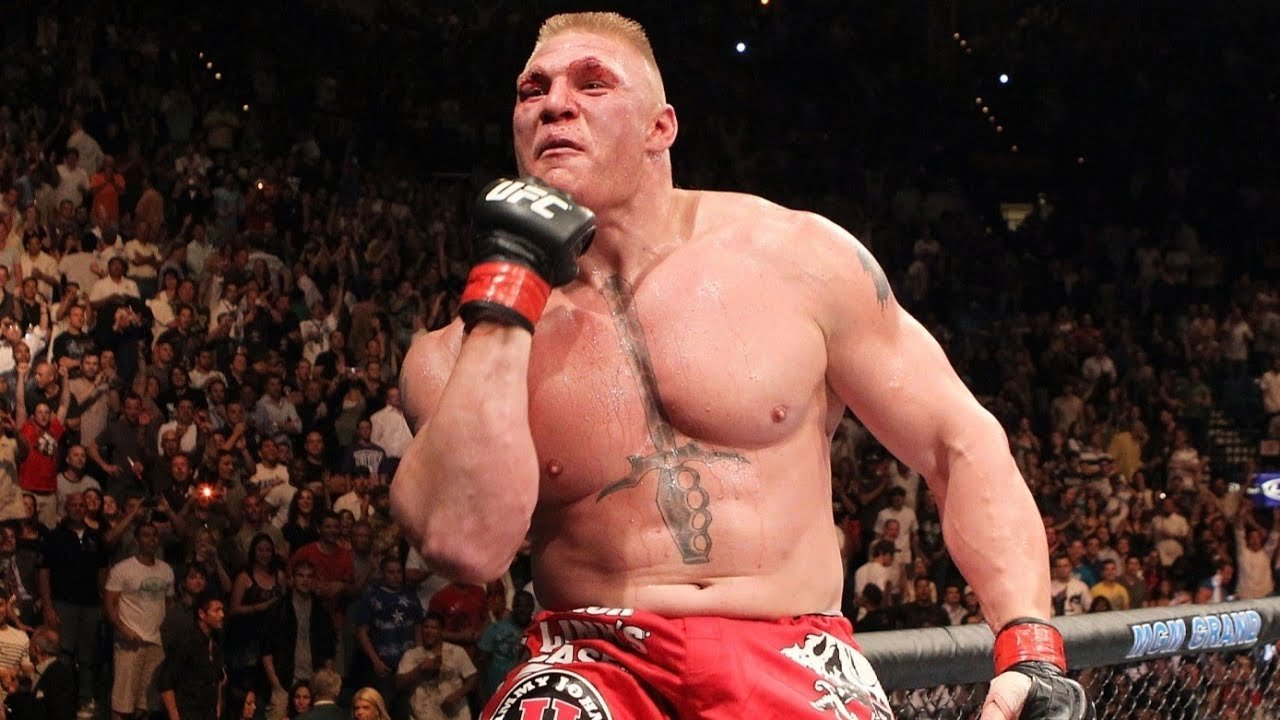 Brock is 42 years old currently and has a great muscular body. His body type is Athletic. However, he is a tall man with a height of 1.91 meters, and his weight is around 130 kg. Brock’s chest size is 53 inches, biceps size is 21 inches, and waist size is 38 inches. 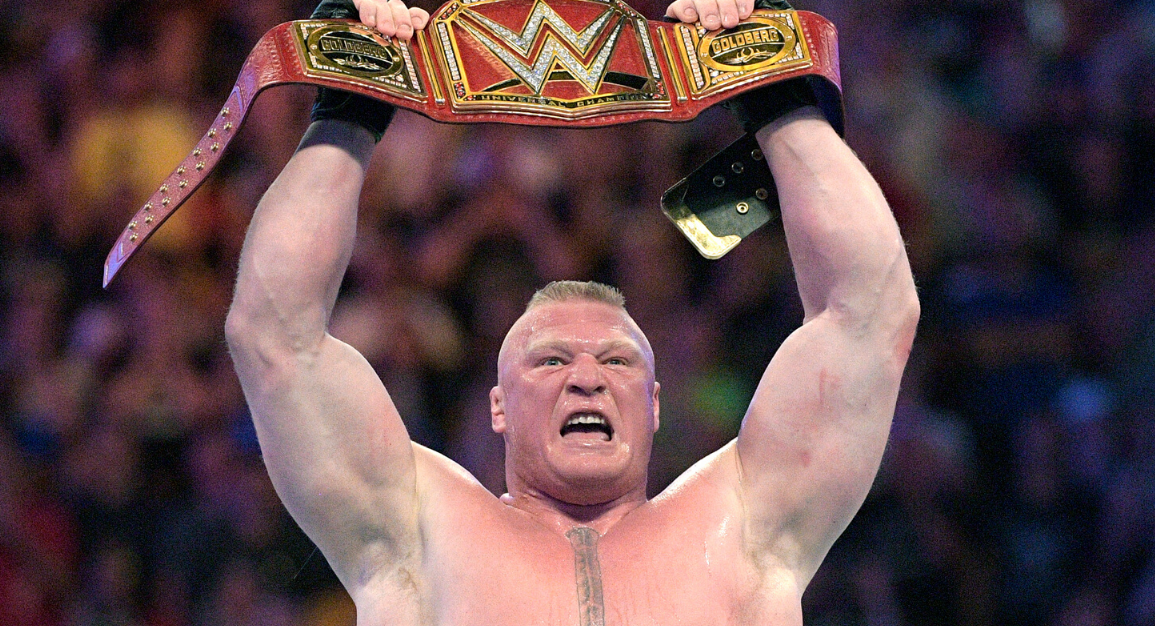 Brock is a married man and his wife is Rena Greek who is professionally a Sable. They got married in 2006. They have two sons. At the same time, Brock has twins from his former fiancé named Nicole McClain.

Brock chose wrestling as his career, but he also did some other things too:

Brock Lesnar started his career as a wrestler by signing with the World Wrestling Federation WWF in 2000. After he signed in, he was sent to OVW that stands for Ohio Valley Wrestling. On there, he met with Paul Heyman who is a spokesman, friend, and manager as well. However, he won the Southern Tag Team Championship three times along with his partner Shelton Benjamin. 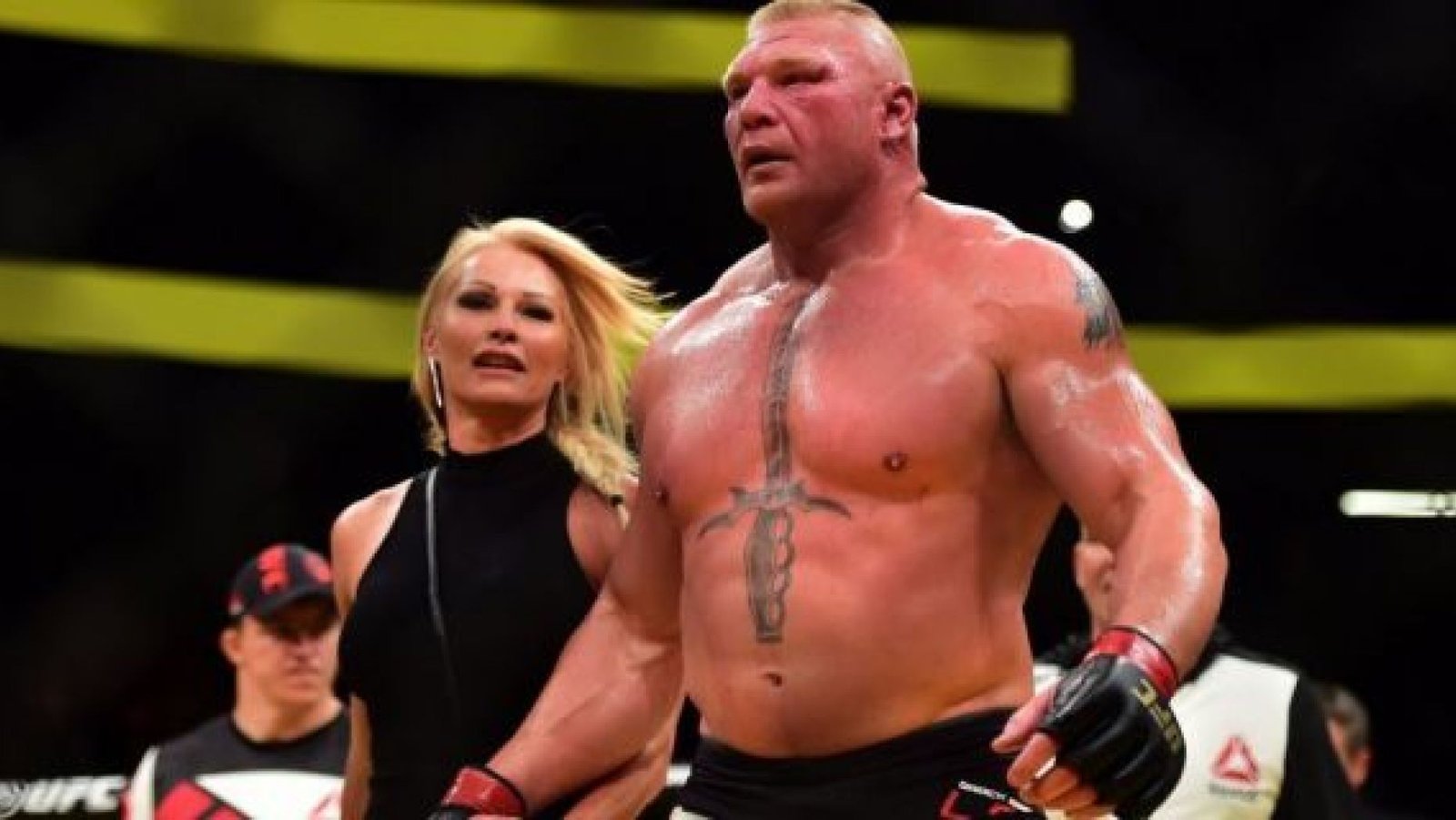 Brock is a skilled wrestler and all the wrestling fans know him very well. But, he also appeared in many movies like True Giants (2014), Foxcatcher (2014), Countdown (2016), etc. On the other hand, he was also featured in many video games as well. 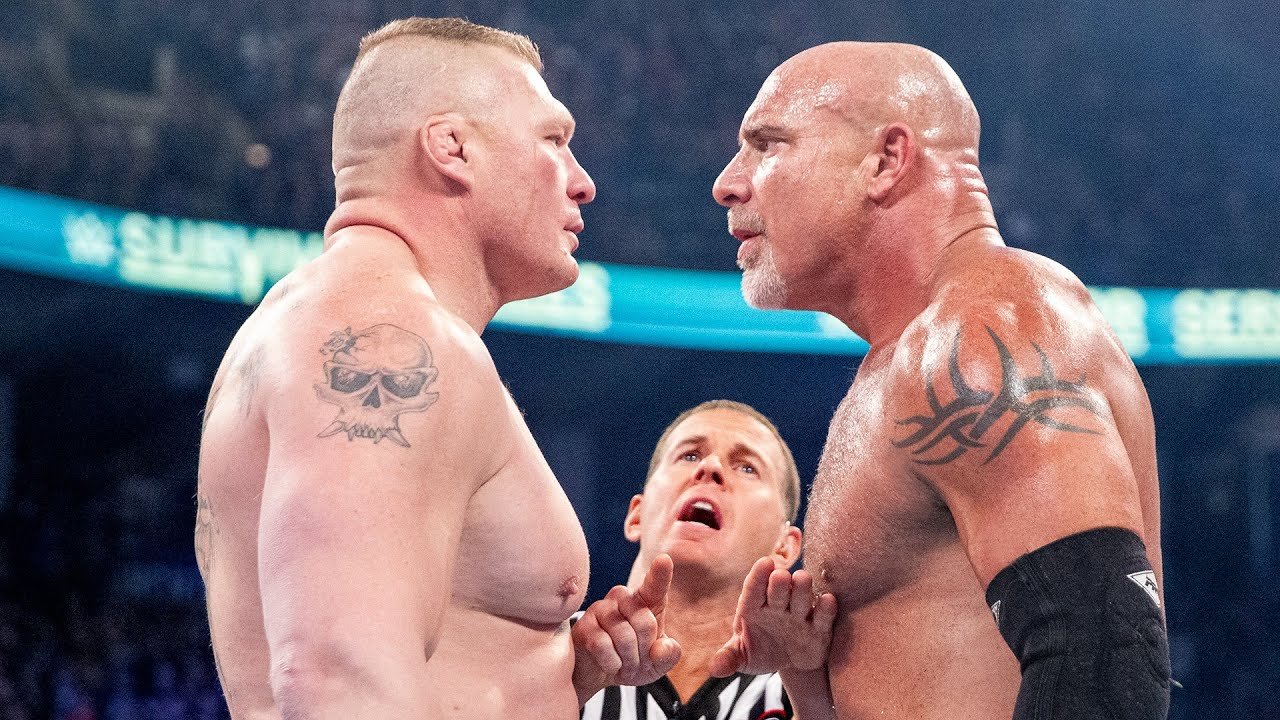 Brock Lesnar has the best achievement records. When it comes to his success and achievements, he is the man who has the Guinness World Record for being the youngest to win the WWE Championship. Apart from that, he won Slammy Award five times, World MMA Awards, Sherdog Awards, WWE Championship, WWE Universal Championship, and other awards too.

In 2019, a report shows Brock’s net worth, which is around $30 million. Brock earns from wrestling and gets his earnings from WWE and UFC. At the same time, he was also a wrestler in New Japan Pro-Wrestling and gets money from there too. 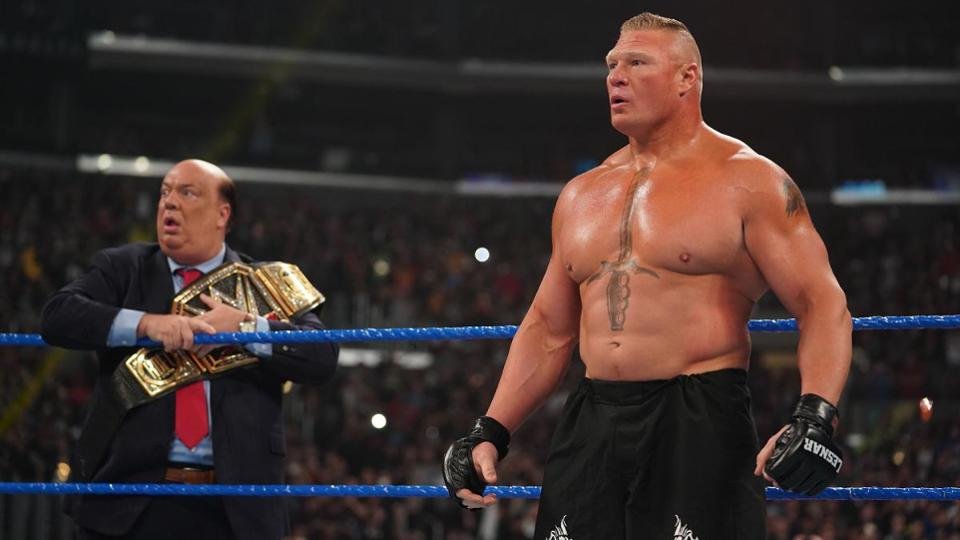 In 2016, Brock earned around $12 million among that he made $6.5 million from fighting in UFC and made other $5.5 million from WWE. Other sources of Brock Lesnar’s net worth claim that he is the highest earning wrestler in the world.

There are some unknown facts about Brock Lesnar that you surely don’t know, and those are as follows: 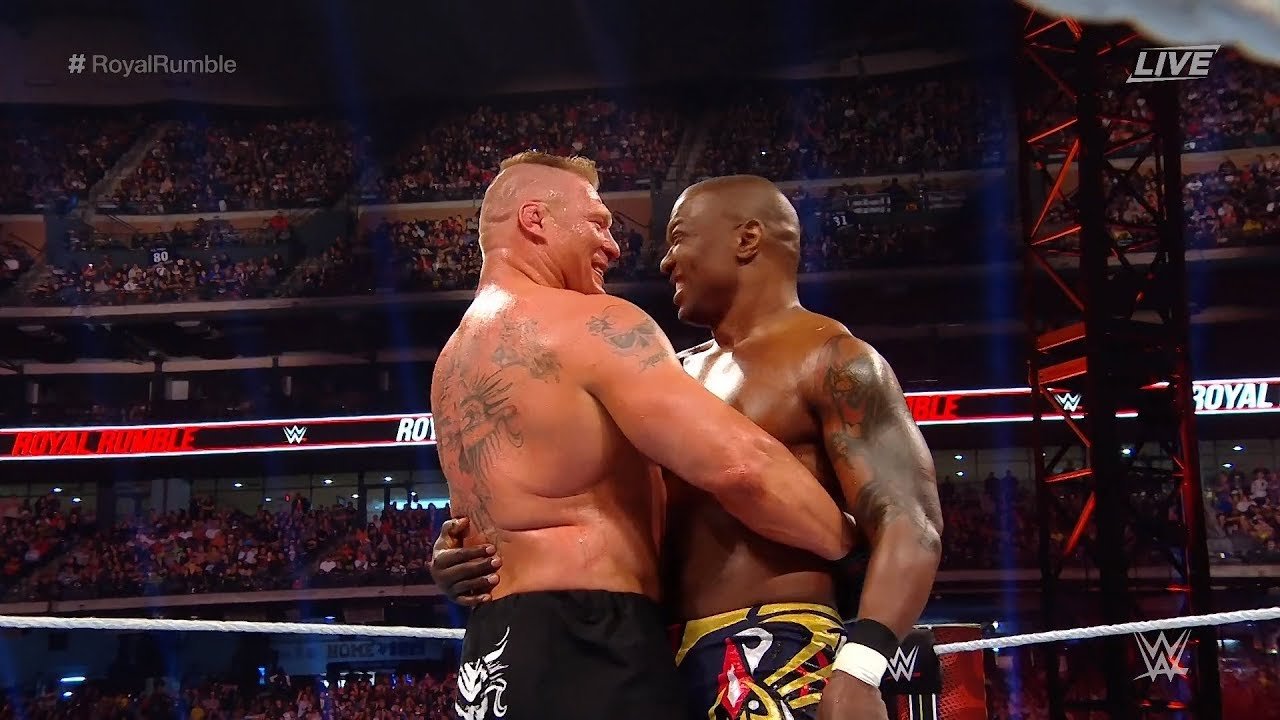 Brock Lesnar is a name of terror in wrestling since he destroys his opponents and known for his attacks. He is a very skilled wrestler and the highest earned wrestler in the world. Now, there are some rumors going on that he is going to retire soon.