You will wonder when you come to learn that George Clooney once starred as Batman in “Batman & Robin” in 1997 as many of us do not know Clooney performed in a SuperHero movie as a lead role. Hence, the achievement of that film was commercially poor but this impressive talented Academy Award-winner American actor presented a lot of movies that got both critics to praise as well as the commercially successful movie. He is famous for working in several TV series, movies and for his humanitarian work. He received the “Sexiest Man Alive” award from People’s Magazine twice and Times Magazine named this actor as “The Last Movie Star”. 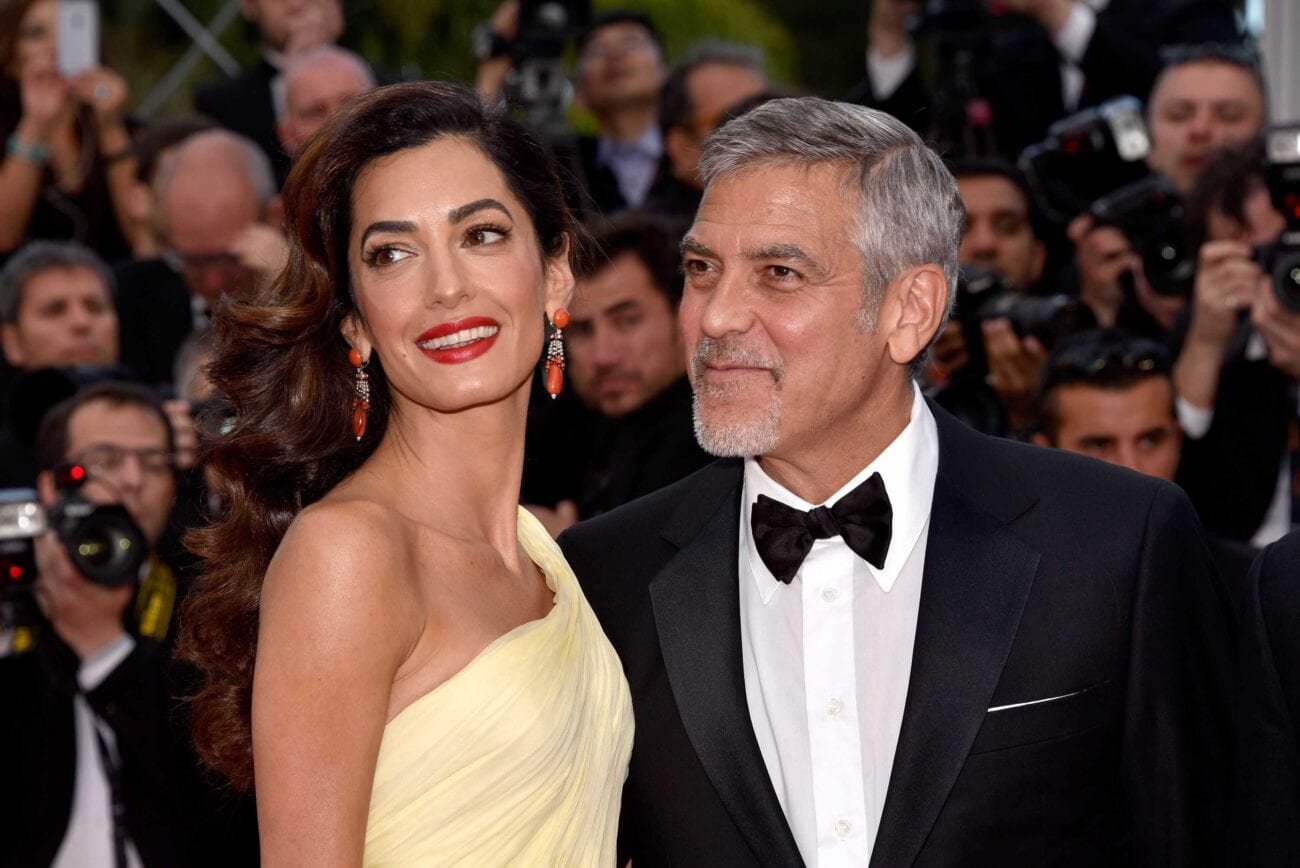 On May 6, 1961, George Clooney was born in Lexington, Kentucky. His father Nick Clooney worked for so many years’ television host on the AMC Network and Mother Nina Bruce was a beauty queen and city councilwoman. Become an actor was in his fate as Clooney raised in a well-known family of media and entertainment personalities. Even, one of his aunties Rosemary Clooney was an actress and Cabaret Singer. He has a sister named Adelia. 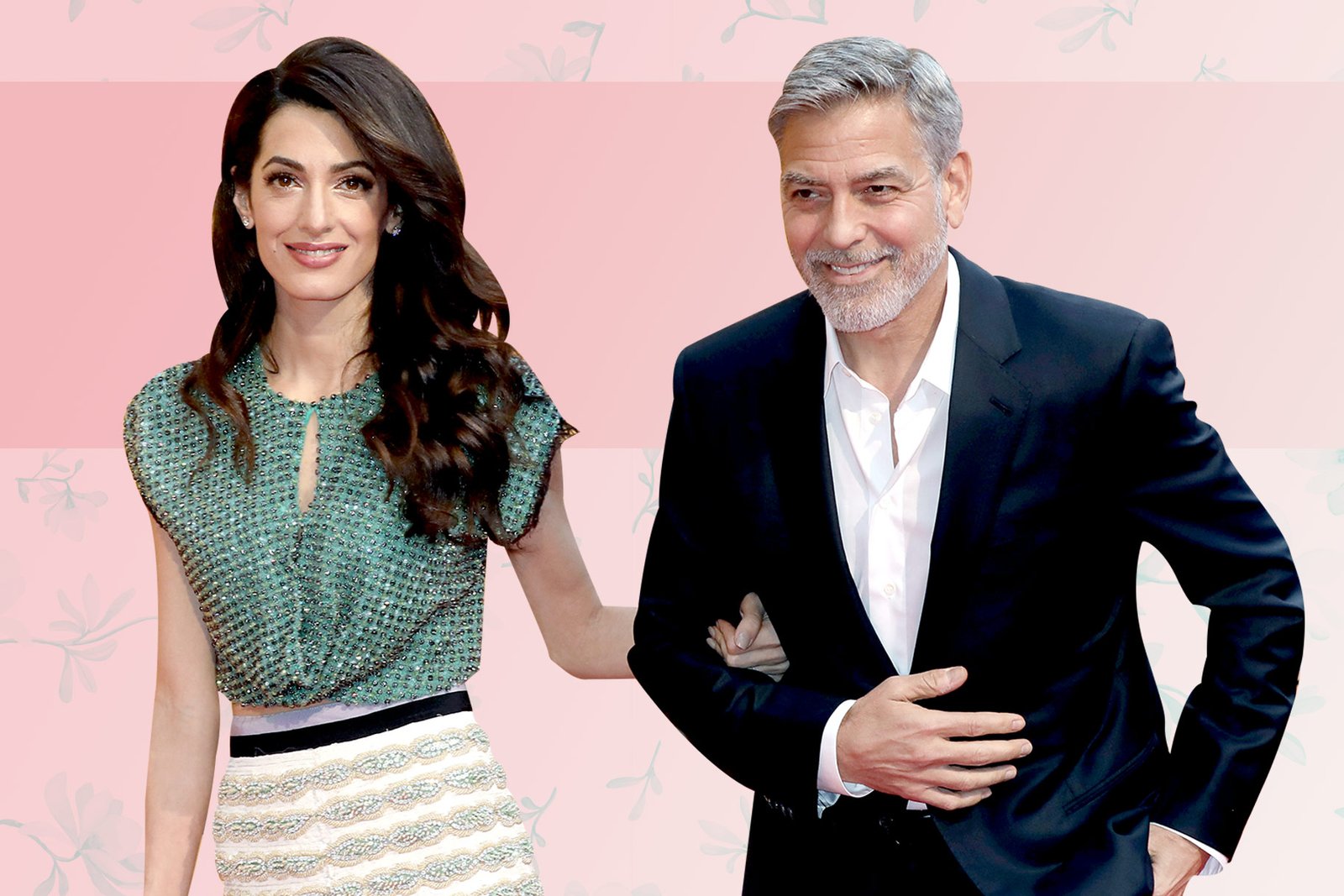 Due to his father’s profession, both Clooney and his sister Ada moved Kentucky to Ohio several times. As a result, they attended so many educational institutes. He started with School in Fort Michelle, Kentucky. Then St. Michael’s School in Worthington, Ohio; then Western Row Elementary School (a public school) in Mason, Ohio, from 1968 to 1974; and St. Susanna School in Mason respectively. Then again his parents moved to Augusta, Kentucky and he started schooling at Augusta High School and his parents settled themselves here. 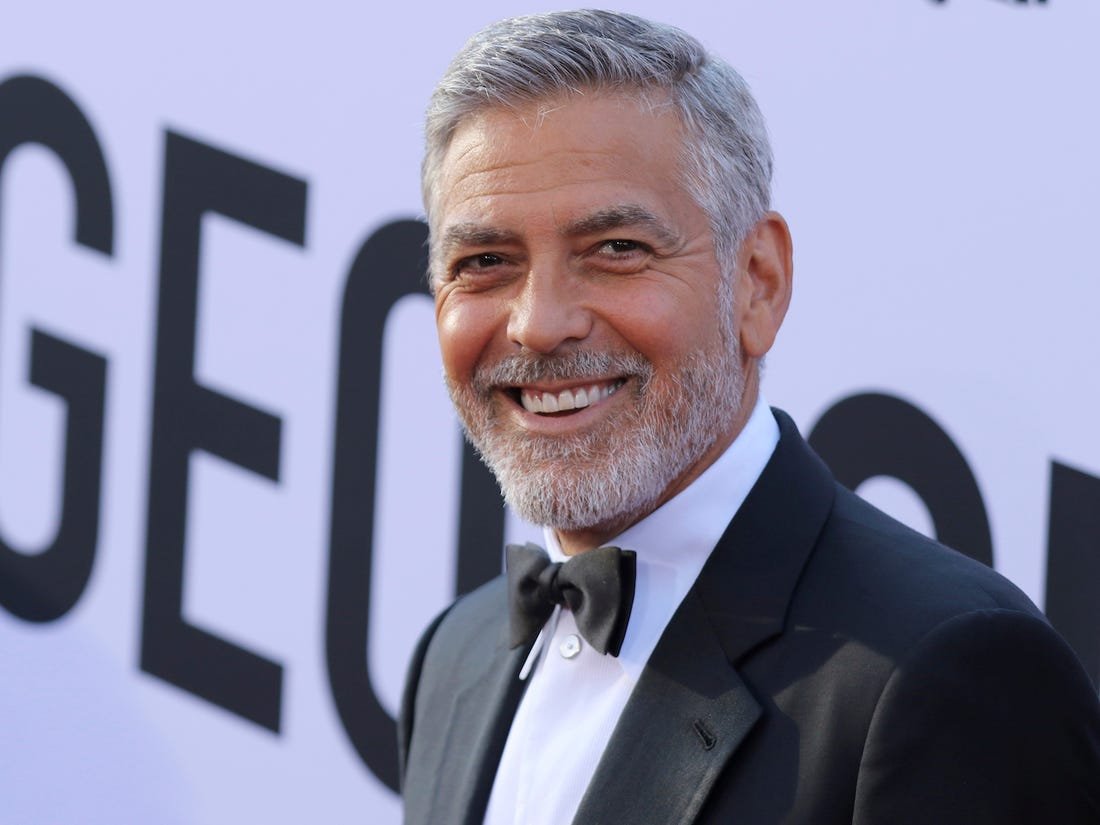 His major subject was Broadcast Journalism from 1979 to 1981. During his High School, he wanted to be a professional basketball player with Cincinnati Reds. But he missed out the chance as he ruled out from the first round of the player cuts. He sold women’s shoes, insurance door-to-door, stocking shelves, working in construction, and cutting tobacco at an early age to earn money.

Clooney started his career as an extra in 1978 with a mini-series called “Centennial”. This mini-series was based on a novel with the same name written by James A. Michener. He started his career slowly and was not getting much work as he expected. Hence, Clooney continued work in different television series which are “The Facts of Life” from 1985 to 1988; a guest appearance on the sitcom “Roseanne” in 1992; as a detective in “Bodies of Evidence” and “Sisters”. 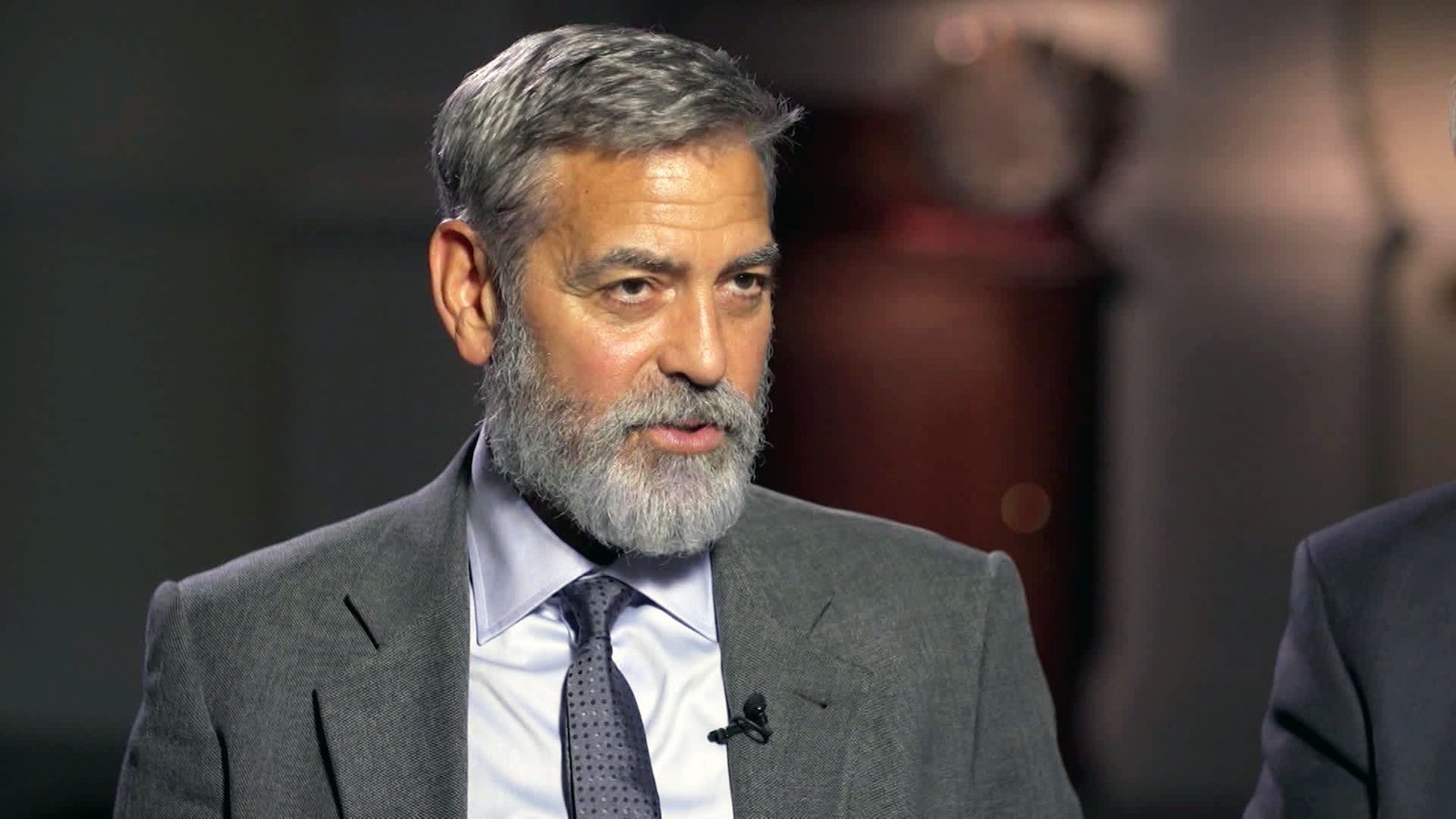 Clooney got his biggest breakthrough in 1994 from a medical drama called “ER” where he played the role of Dr. Doug Ross. The character was about a helpful pediatrician and a notorious person to women. He associated himself in this television series till 1999. In this drama, other characters are played by Anthony Edwards, Julianna Margulies and Sherry Stringfield who are also well-known in their sectors.

Clooney started getting attractions as a rising star. The film industry started putting attention on his classic good looks and eye-catching natural looks. He presented himself in a cameo performance in the 6th season and come back for a guest appearance in ER’s final season. ER gave him many nominations two Primetime Emmy Award nominations for Outstanding Lead Actor in 1995 and 1996; three Golden Globe Award nominations for Best Actor – Television Series Drama in 1995, 1996, and 1997. 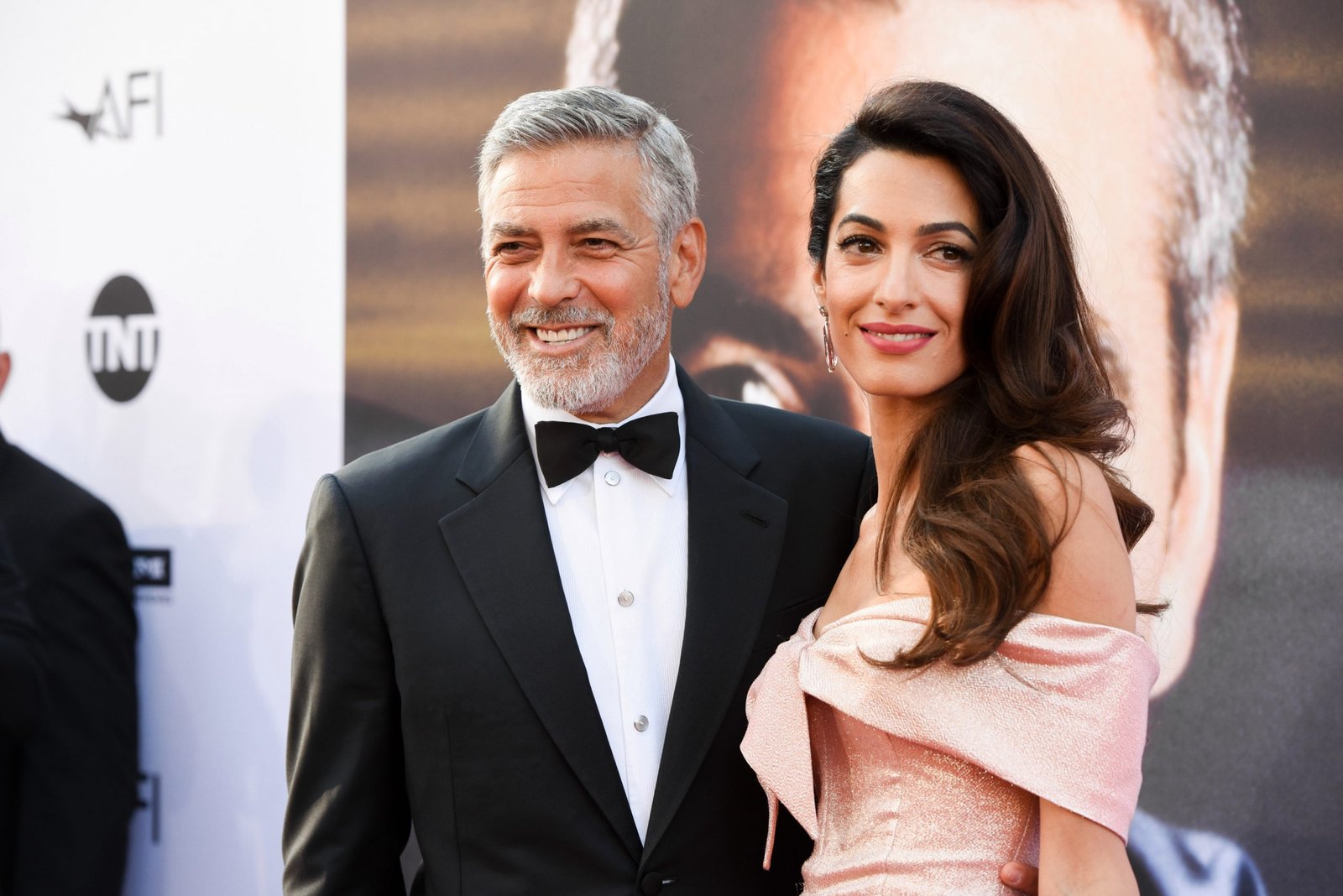 Hence, while Clooney was with the ER team, he was working in Hollywood movies as well but in limited numbers. In 1996, he fought against Evil vampires in Quentin Tarantino’s “From Dusk to Dawn”, the romantic comedy “One Fine Day” where he played as a divorced father who falls in love with a single mother. Then as Batman in “Batman and Robin” in 1997 which was a failure and he quoted his acting as one of the worsts. The next year, he co-starred with Jennifer Lopez in “Out of Sight.”

After completing a successful journey in ER, Clooney started a busy journey in Hollywood. He started acting, producing, directing from 2000 to now. His first commercially successful movie was “The Perfect Storm” in 2000. He received Golden Globe awards for his outstanding performance in the musical-comedy film “O Brother, Where Art Thou?” In 2001, Clooney involved himself with a team to provide one of the most successful franchises in his career named “Ocean’s Eleven”, “Ocean’s Twelve” (2004) and “Ocean’s Thirteen” (2007). All the sequels earned more than $300 million worldwide. 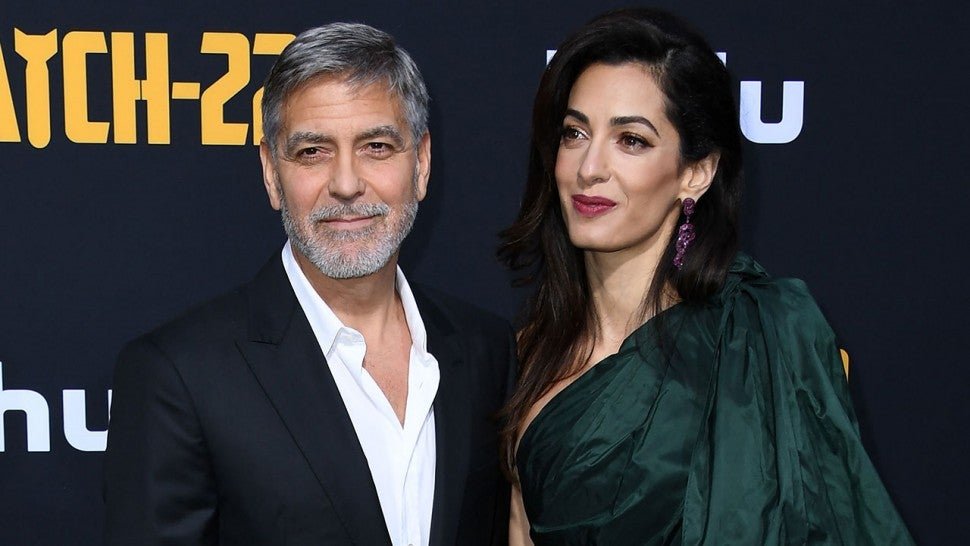 The following year, Hollywood found him behind the camera in “Confessions of a Dangerous Mind”, a biopic of TV producer Chuck Barris. Though the movie received negative feedback from the box office critics said Clooney’s directing was promising.

In 2005, Clooney appeared in a very challenging role in “Syriana”, a biography of Robert Baer who was a former CIA agent providing service in the Middle East. While filming this movie, Clooney badly hurt himself and terrible damage happened to his membrane around the spine. 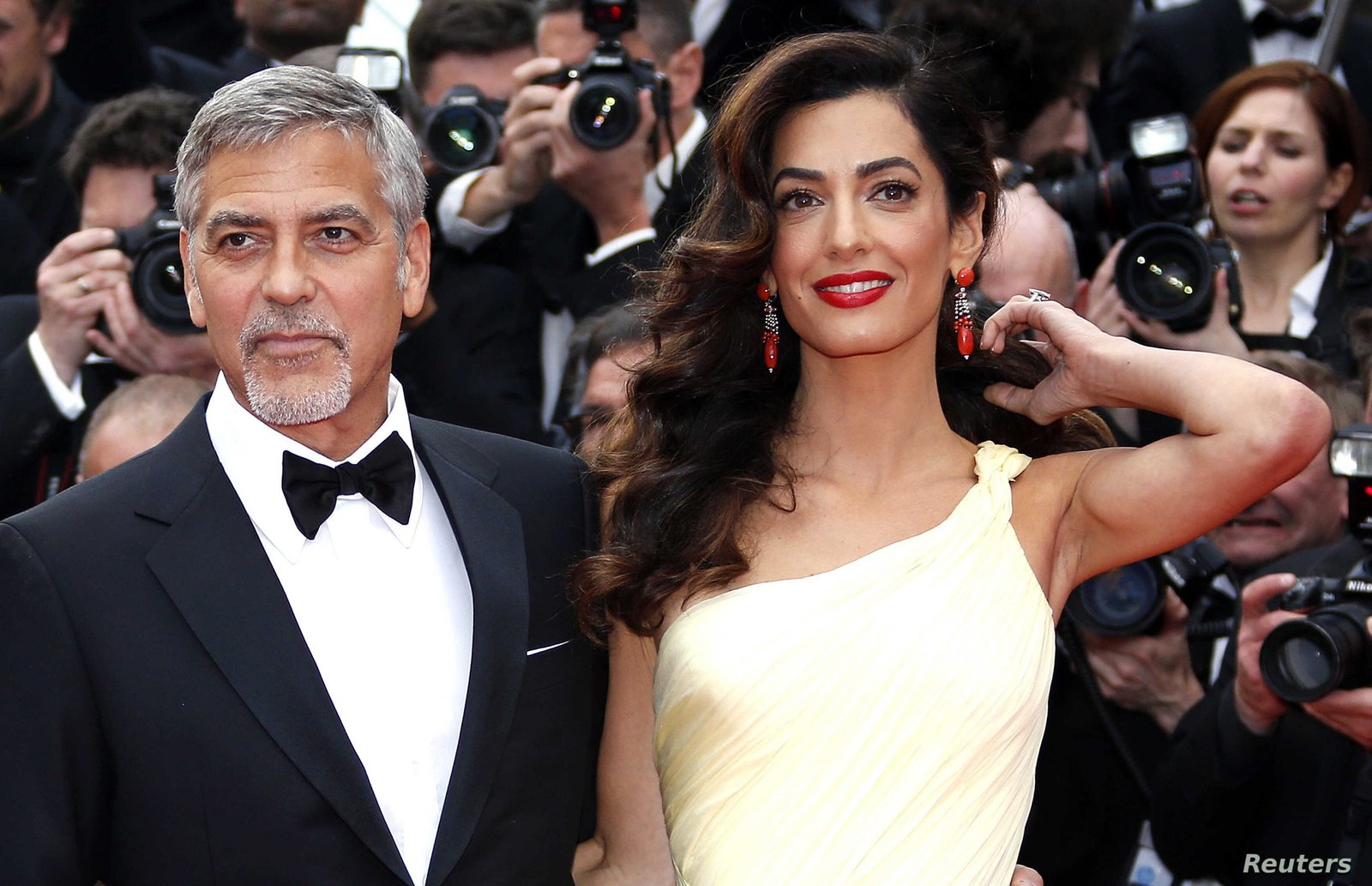 However, after finishing shooting, he underwent two surgeries to get rid of this fracture. At the year-end, he got the reward. He got an Academy Award in the Best Supporting Category. Also, in 2005, he produced, directed and played “Good Night and Good Luck” film in black and white form. The film observes the clatter between famous news anchor Edward R. Murrow and Senator Joseph McCarthy. He received high praise from everywhere and nominated for Best Director in Academy Award.

Clooney continued staring at challenging characters. In 2009, dramatic comedy “Up in the Air”, played as a consultant who is an expert in firing employees; political drama “The Ides of March” in 2011 co-starred with Ryan Gosling as a candidate for the president position. Clooney won Golden Globe award for his tremendous performance in “The Descendants” where he played the role of a husband and father who has to survive with new challenges and unfriendly surprises after his wife is harshly injured in a boating accident. 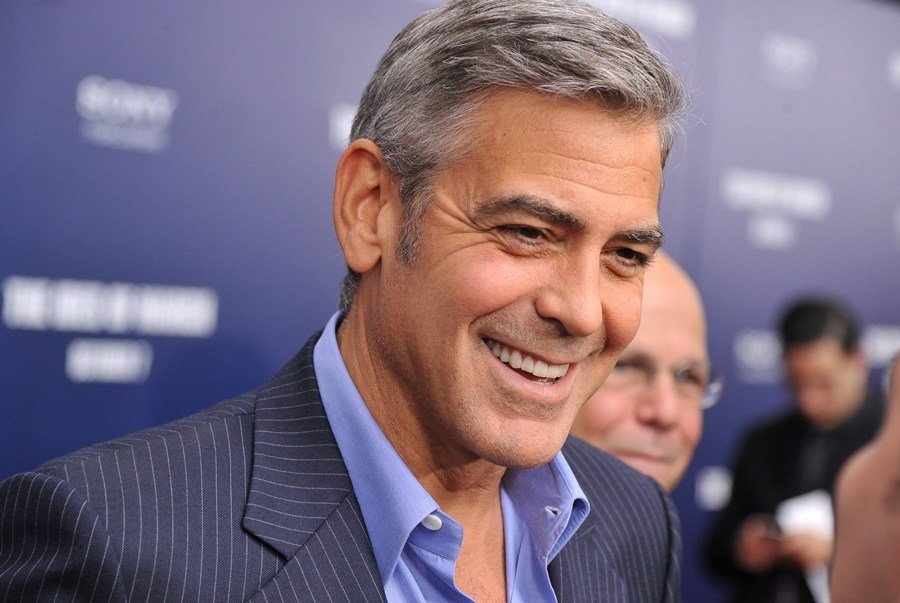 As a producer, Clooney received Golden Globe Award in 2012 for the “Argo” movie. This political thriller is written, directed and starred by another famous actor Ben Affleck. Clooney was also played in the Best Movie of the year 2013 in Academy Award, “Gravity”. While in 2014 he featured “The Monuments Man”. Again in 2016, he returned with “Hail, Caesar!” and “Money Monster”. By this time, he started enjoying directing movies and directed “Suburbicon” in 2017.

George Clooney formed “Not on Our Watch” foundation with his Ocean’s 11 teammates Brad Pitt, Matt Damon, Don Cheadle, David Pressman, and Jerry Weintraub. They focus on to stop the genocide in Sudan. He visited Sudan personally and spoke with the victims of rape and torture. 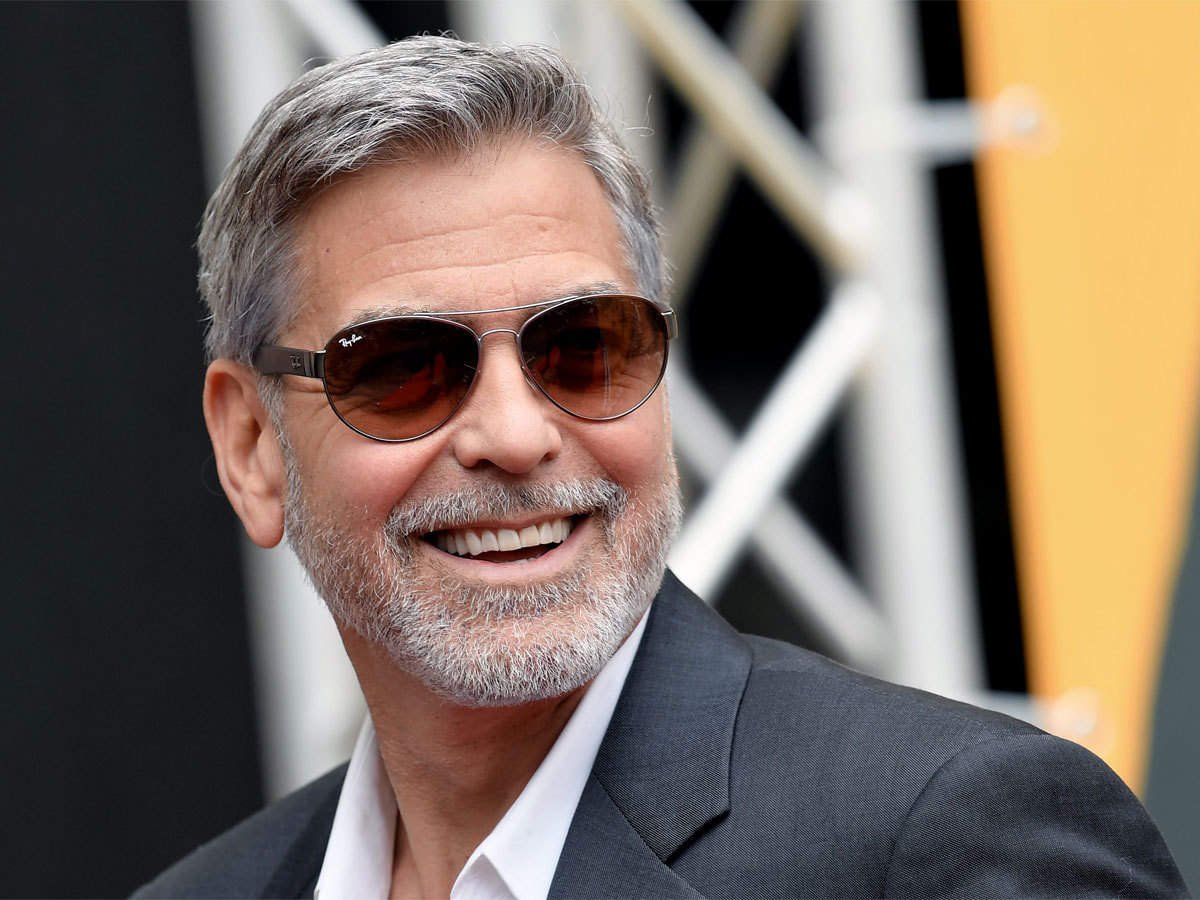 His foundation helped so many people of Sudan by providing Basic Needs. Besides, he is supporting so many charitable foundations named Save the Children, UNICEF, United Way, What it Takes, Red Cross, CARE, Everyone Matters, etc.

George Clooney has a successful career as an Actor, a Producer and a Director. 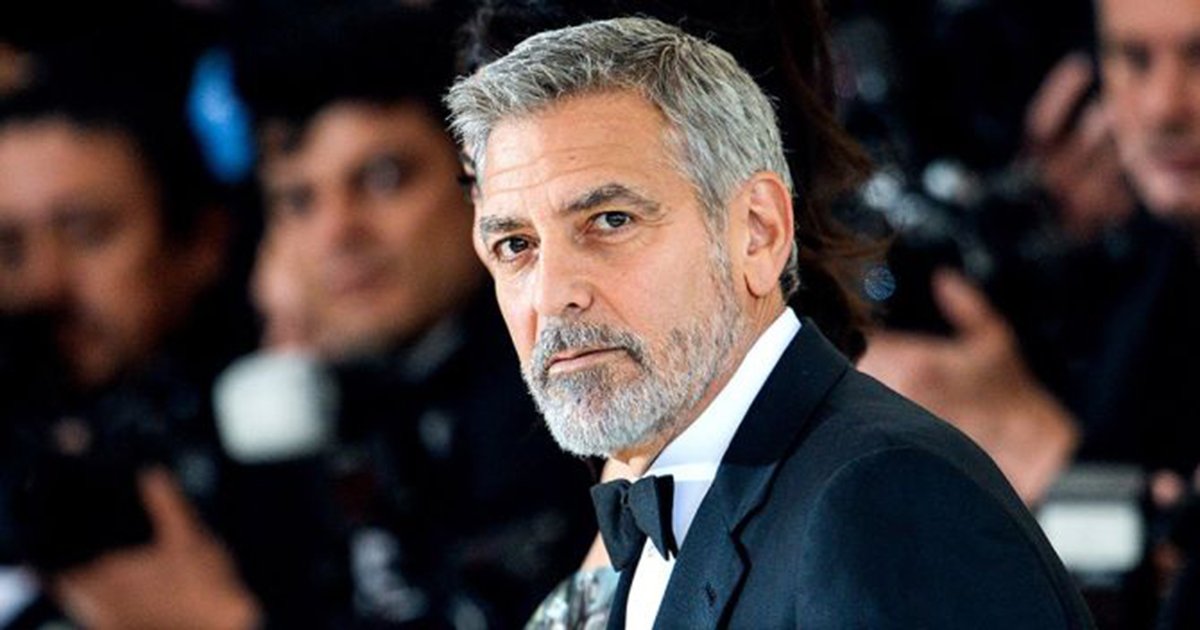 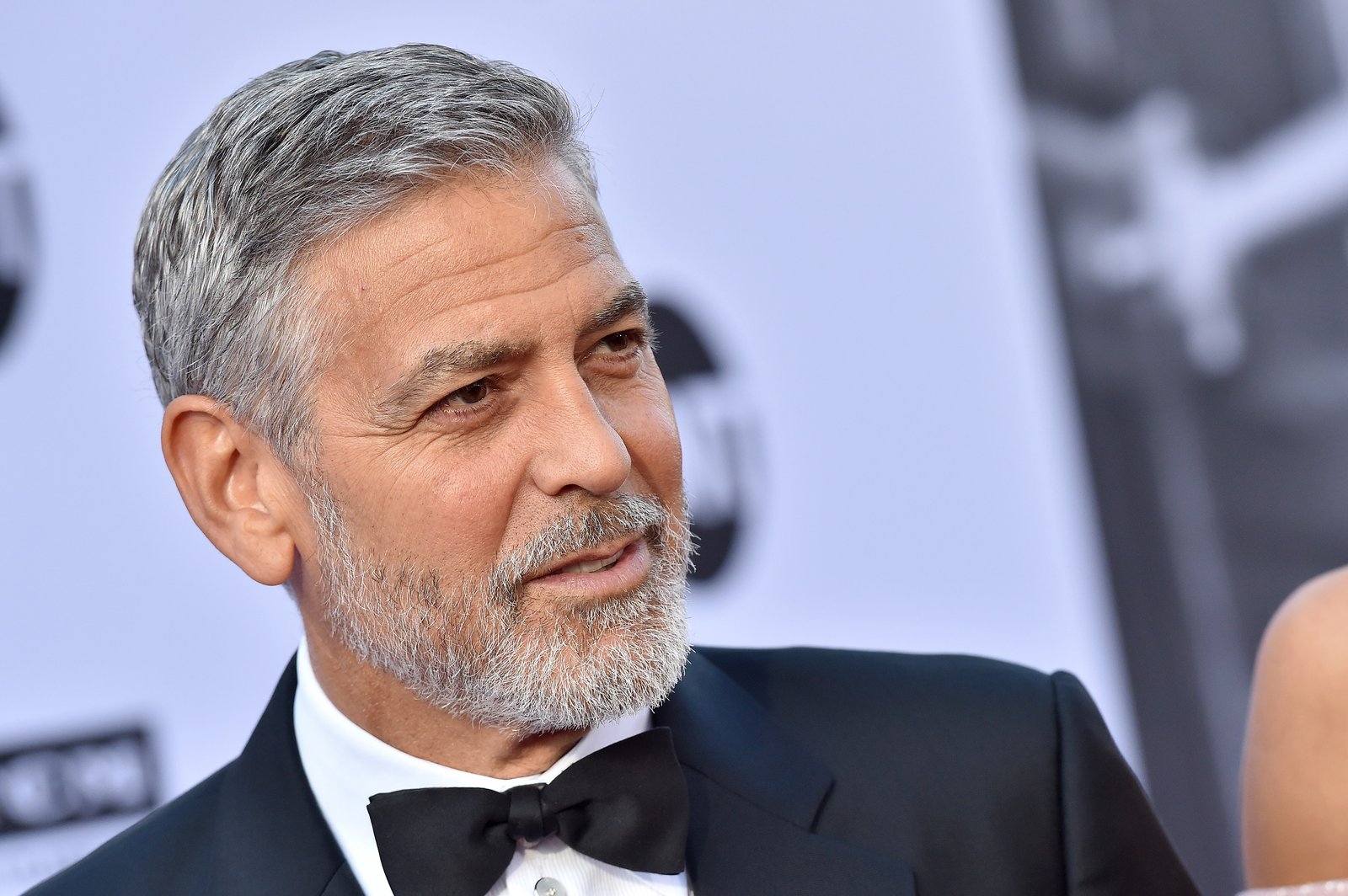