Sayantika Banerjee is one of the best beautiful, sweaty, and talented actress. She is a Bengali actress and comes on the media by a dancing program in 2008, and her 1st movie was released in 2009. She was working on many films and goy many awards. Awara and Hiro Giri is her best movie. Now let’s see her biography. 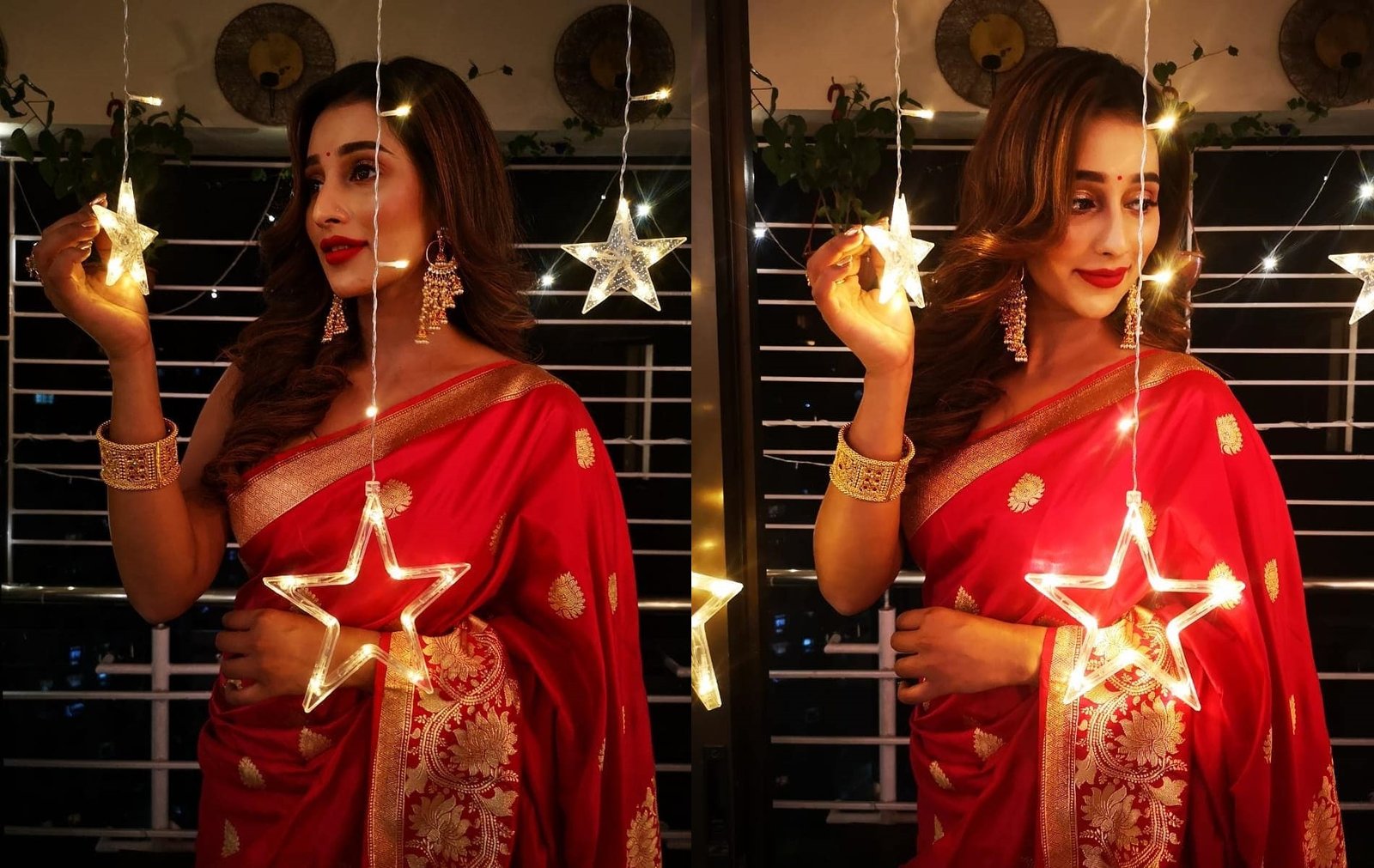 Sayantika Banerjee was born on 12 August 1986, in West Bengal, India, on a noble family. She spends her childhood in England with her family. 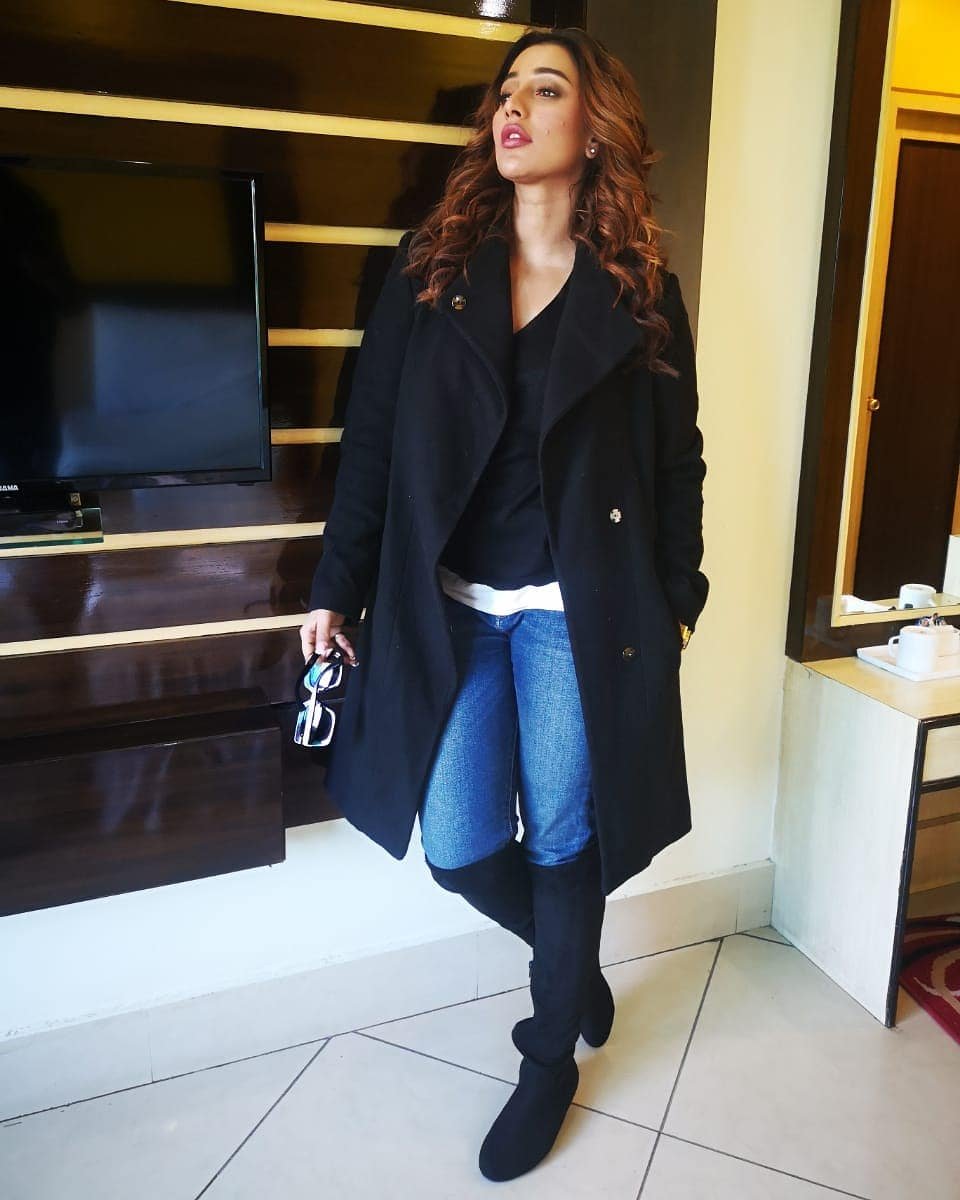 She studied at Kolkata University and received an M.Com degree from this university. Her father’s name is Guru Prashad Banerjee, who is a government-employed and her mother is a housekeeper or housewife. 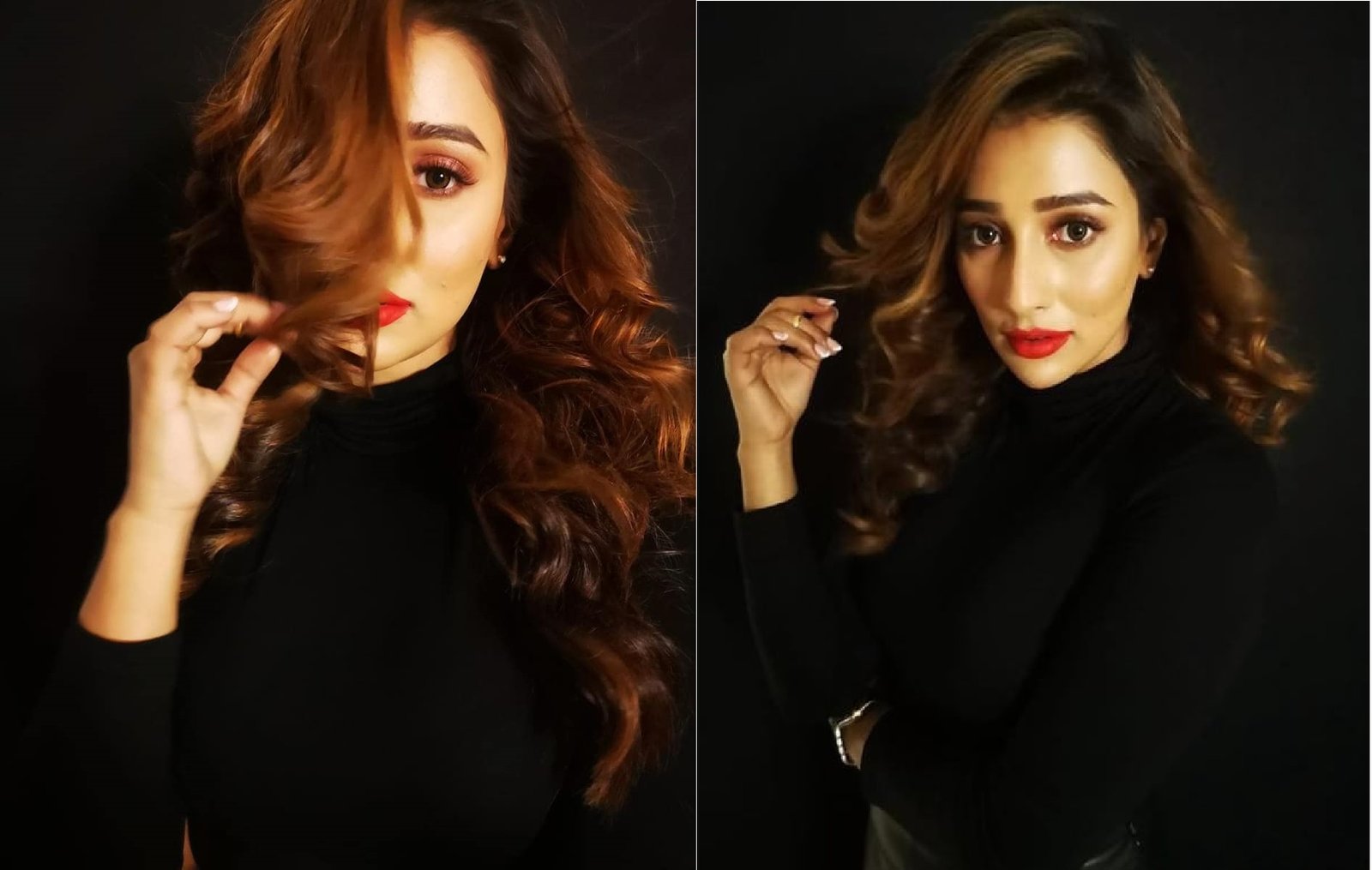 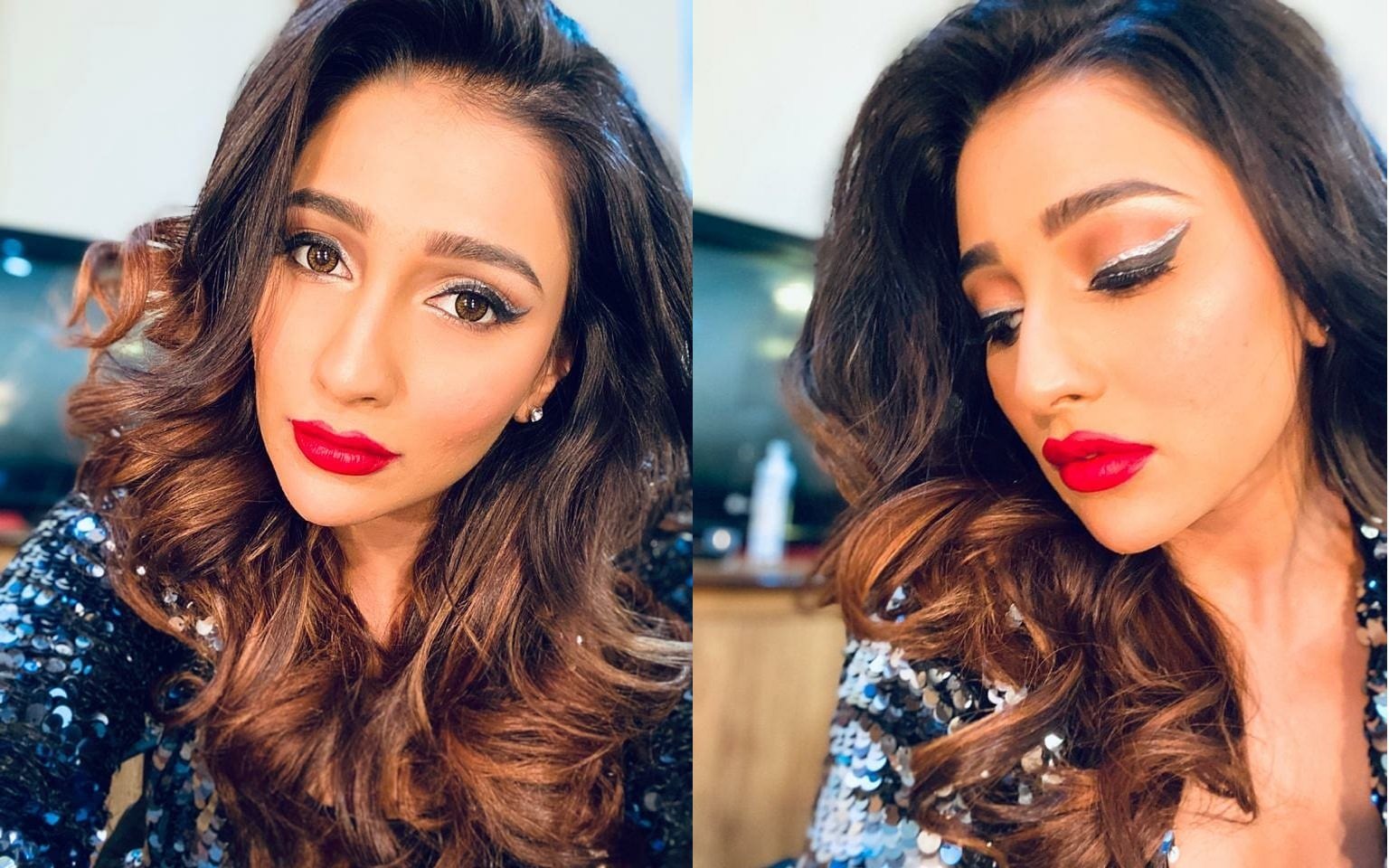 In 2010 she was working on Target: The Final Mission film with Mithun Chakraborty, Neel Mukherjee, Joy, Sonali Chowdhury, Santu Mukherjee co-star. He played the Priti role, and Raja Chanda directed it. The Hangover is her 2nd movie in the same year that director Swapan Saha. Arya Babbar, Prosenjit, is the co-star of it.

Ajay Singh directed Mone Pore Ajo Sei Din in 2011, and she played the Sunaina role. Joy, Abhiraj, is the co-star of it. 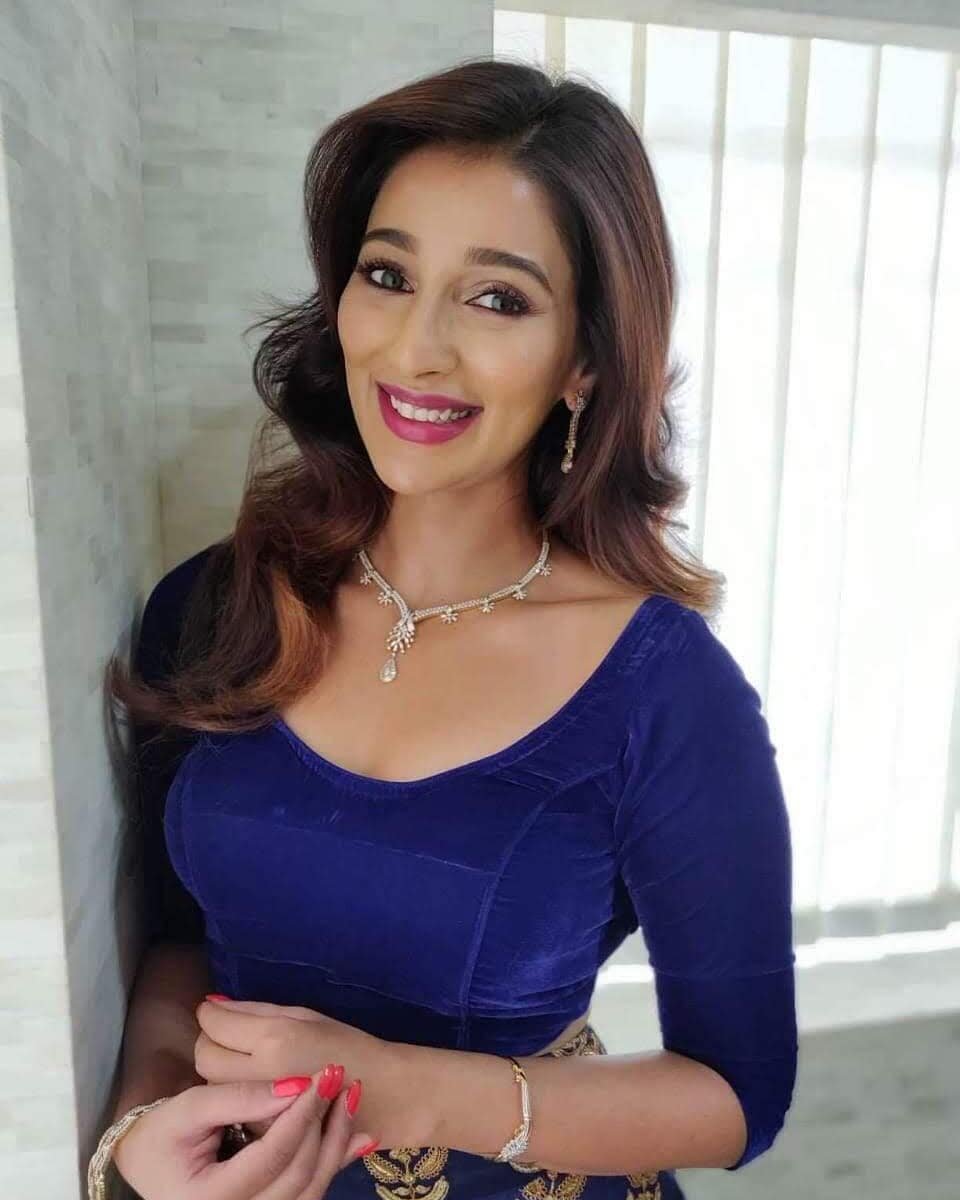 Next year her two films released Awara and Shooter. Awara is the most popular Bengali romantic comedy action film that remade from the 2008 Telugu Krishna movie. Rabi Kinagi was the director of it. Jeet and Mukul Dev are the co-stars of the movie. The shooter is another movie released in the same year. Provas and Arijit have directed it. Joy playing the leading role.

In 2013 she didn’t work any movies. But next year in 2014 she gave a blockbuster film that name is Bindaas, on the Bindaas, Srabanti Chatterjee, Dev also played the leading role. She works as Kajol. Rajiv Kumar directed it. It is a remake of the 2013 Telugu film Mirchi. This film was in the List of highest-grossing Bengali movies of the year. 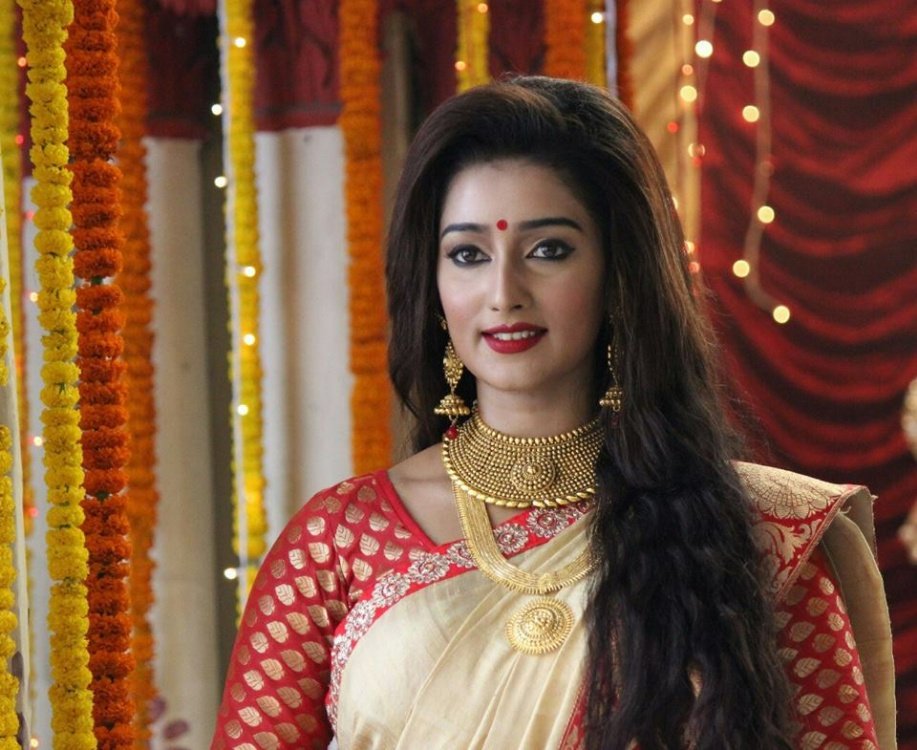 Herogiri is another super hit movie of her that released in 2015. Rabi Kinagi directed it. Dr. Nandini’s character played by her. Dev, Koel Mallick, and Mithun Chakraborty are played the leading role in the cinema. It is a remake of the 2013 Telugu movie Balupu.

In 2016 her four cinema was released, and power is one of them; she played the Anjali role. Rajiv Kumar directed the film, and jeet played the leading character with her. On the Kelor Kirti film, Priya’s role was her, and Raja Chanda is the director. Dev and Jisshu are played the main character. It is a remake of the Tamil film Charlie Chaplin which was also remade in Hindi as No Entry and Malayalam as Happy Husbands (2010 film). 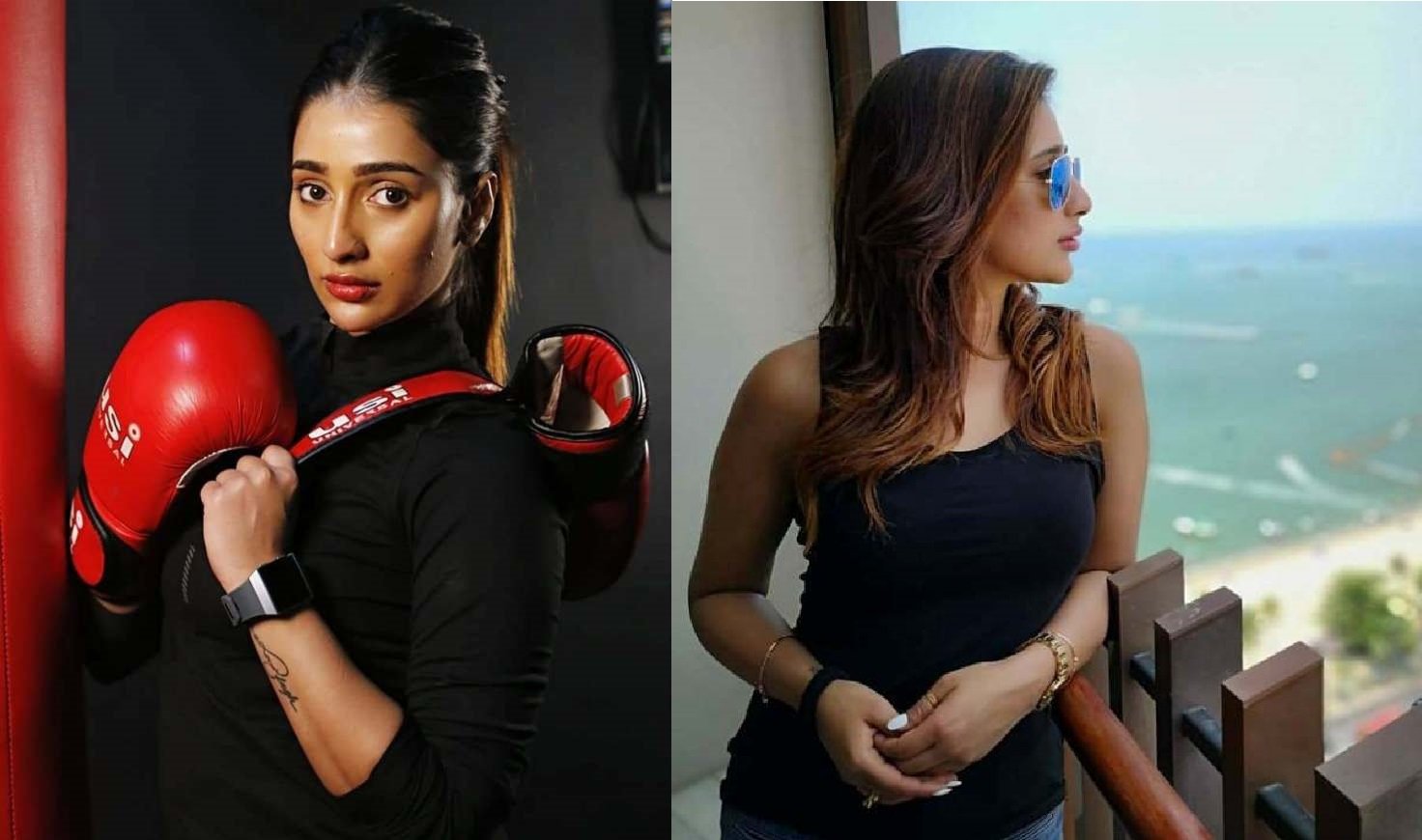 Ami Je Ke Tomar is a super hit film that Rabi Kinagi director and it released in 2017. Joy, Nusrat Jahan, and Ankush played the primary role. It is the remake of the Marathi film Mitwaa starring Swapnil Joshi and Sonalee. 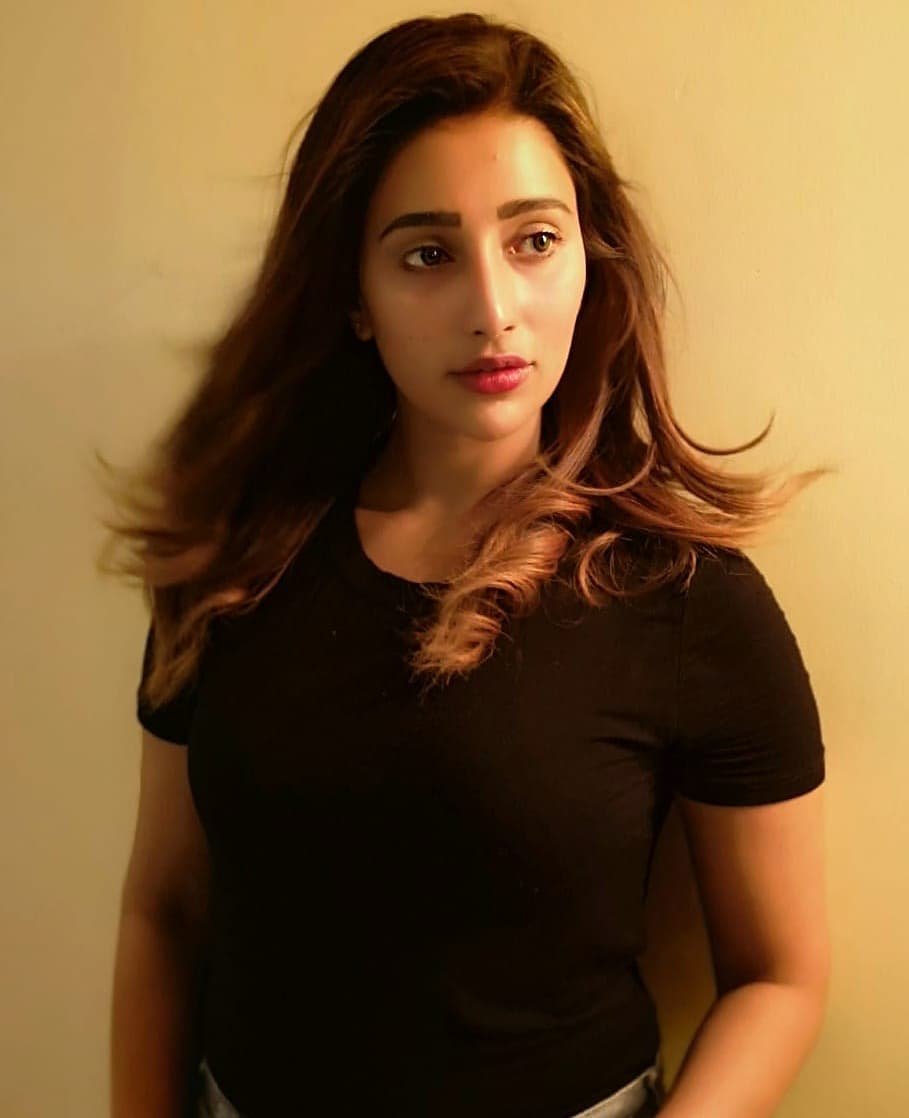 In 2018, she was working with three movies. Uma, Naqaab, and Bagh Bandi Khela. She was working with Sara Sengupta and Jisshu Sengupta on the Uma movie. Menoka was her played character that Srijit Mukherjee directed. Naqaab is released in the same year, and Rajiv Kumar directed it. Nusrat Jahan and Bangladeshi Shakib Khan are the co-stars. She played the Anuradha role.

Bagh Bandi Khela was the last film of her in 2019. She is working on this film with Jeet, Prosenjit, Srabanti Chatterjee, Soham Chakraborty, and Rittika Sen. Haranath Chakraborty, Raja Chanda, and Sujit Mondal are the director of it. Deboshree is her played character. 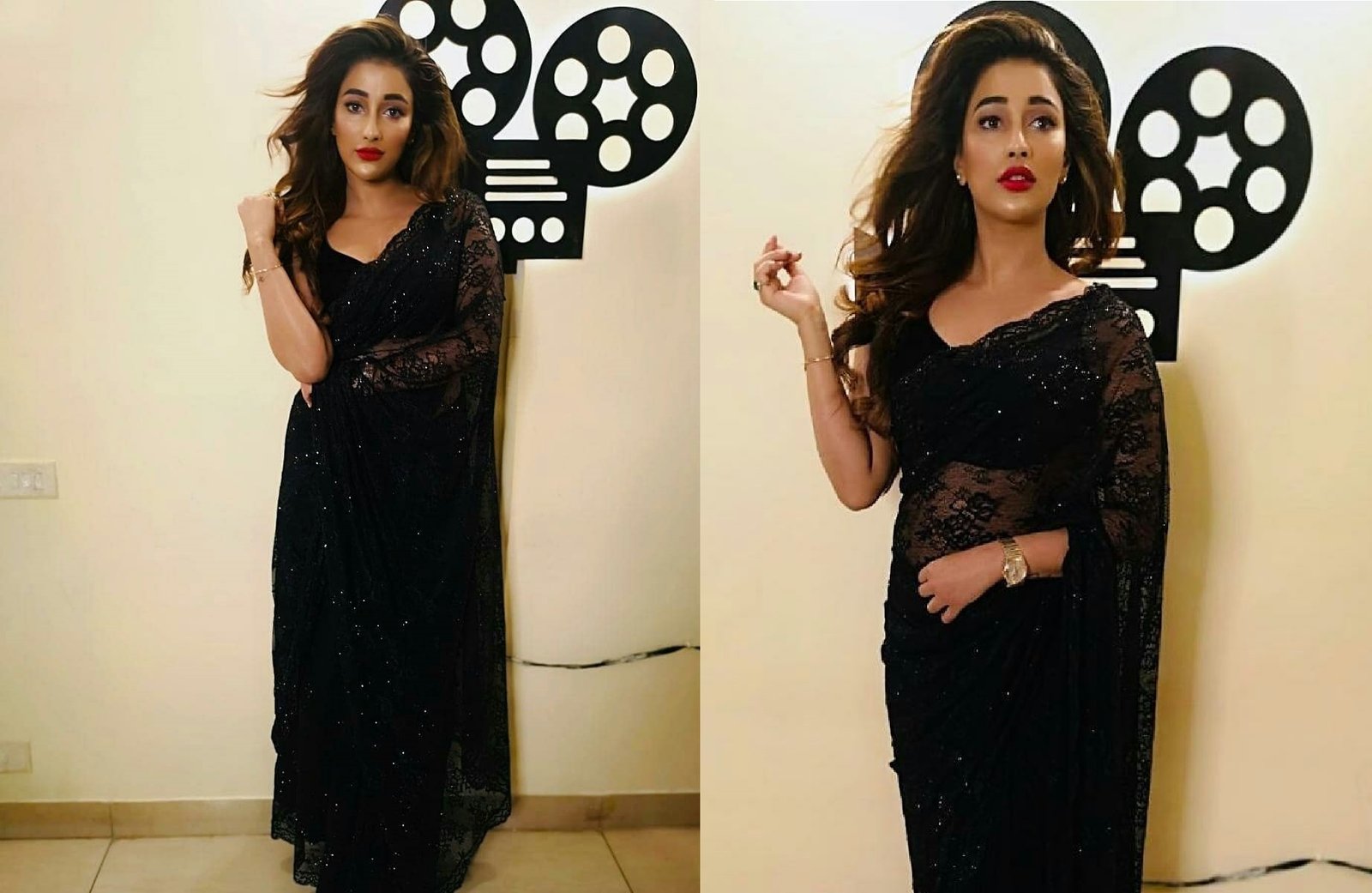 She wins the Bengal Youth Awards in 2012 for the Best Romantic Joy with Jodi category for the Mone Pore Ajo Sei Din film. Then for the 2nd time, she wins Youth Popular Star award in 2013 at Youth Popular Star for that Awara film. She wins Best Actress awards for the last time in 2018 for Ami Je Ke Tomar movie. 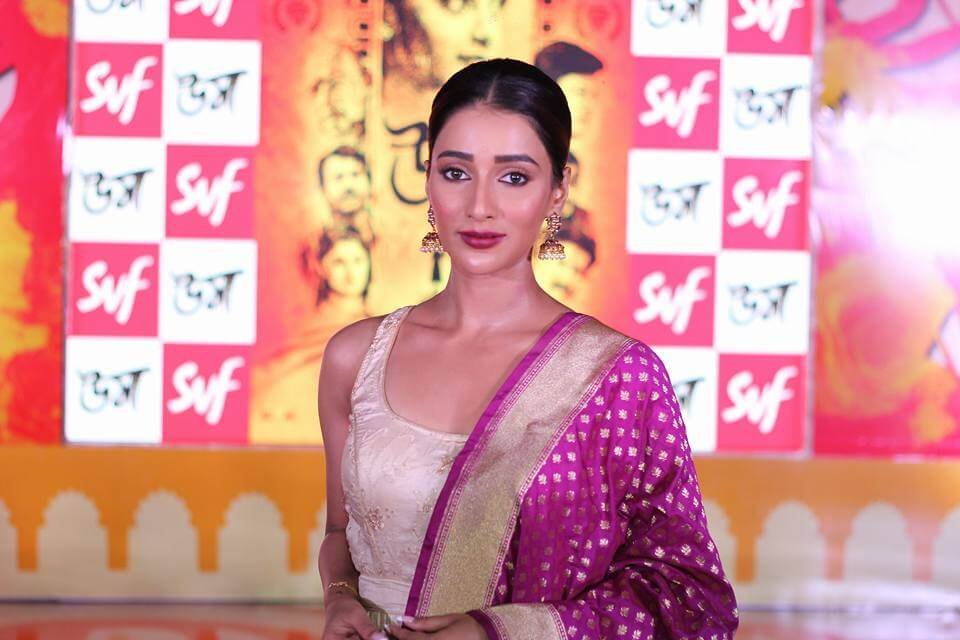 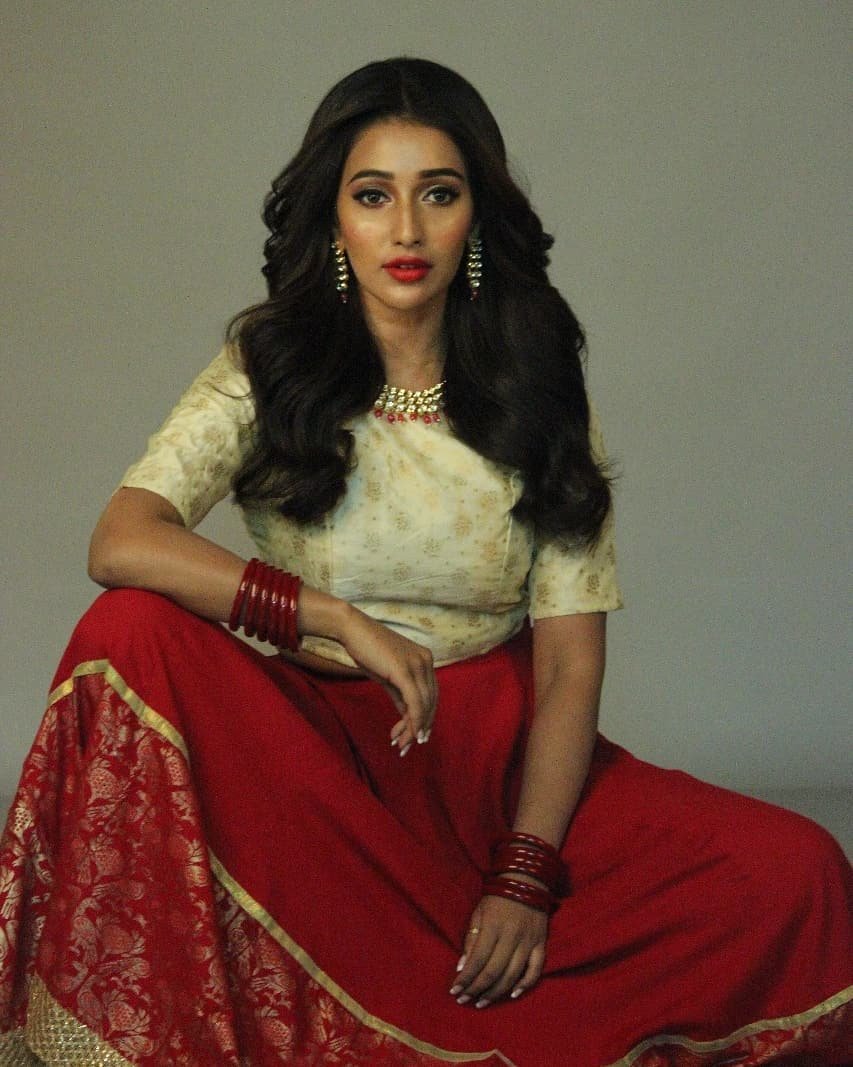 Sayantika Banerjee is one of the successful actresses. She is now working many Bengali movies at once and the running year that movies are released. Her age is now 33, but still, she is unmarried. She was working with Joy, Jeet, and dev in most films.