Shraddha Kapoor is an Indian film actress and singer. She is among the list of highly paid actresses in Bollywood. She is a very simple actress. She has a large number of followers on social media such as Facebook, Twitter, and Instagram. The reason for this is that she is adept at acting besides being beautiful. That’s why people like them a lot. Her biography and lifestyle are shown here. 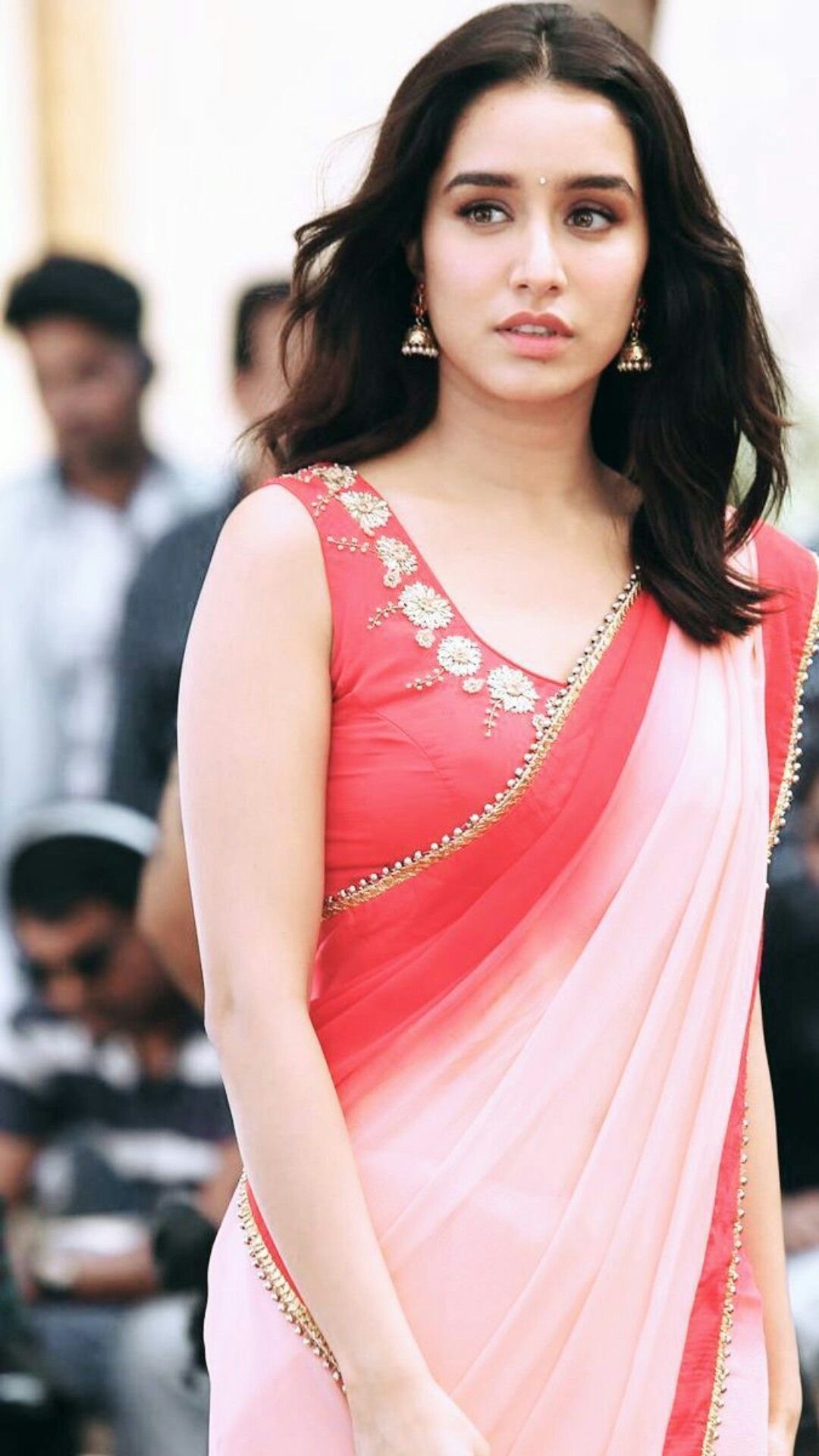 Shraddha Kapoor was born on 3 March 1987 in Mumbai, Maharashtra. She lived like Tom Boy in childhood. Shraddha wanted to act in films since childhood. She used to try acting in front of the mirror wearing the dress of her parents and used to dance along with speaking the dialogue. 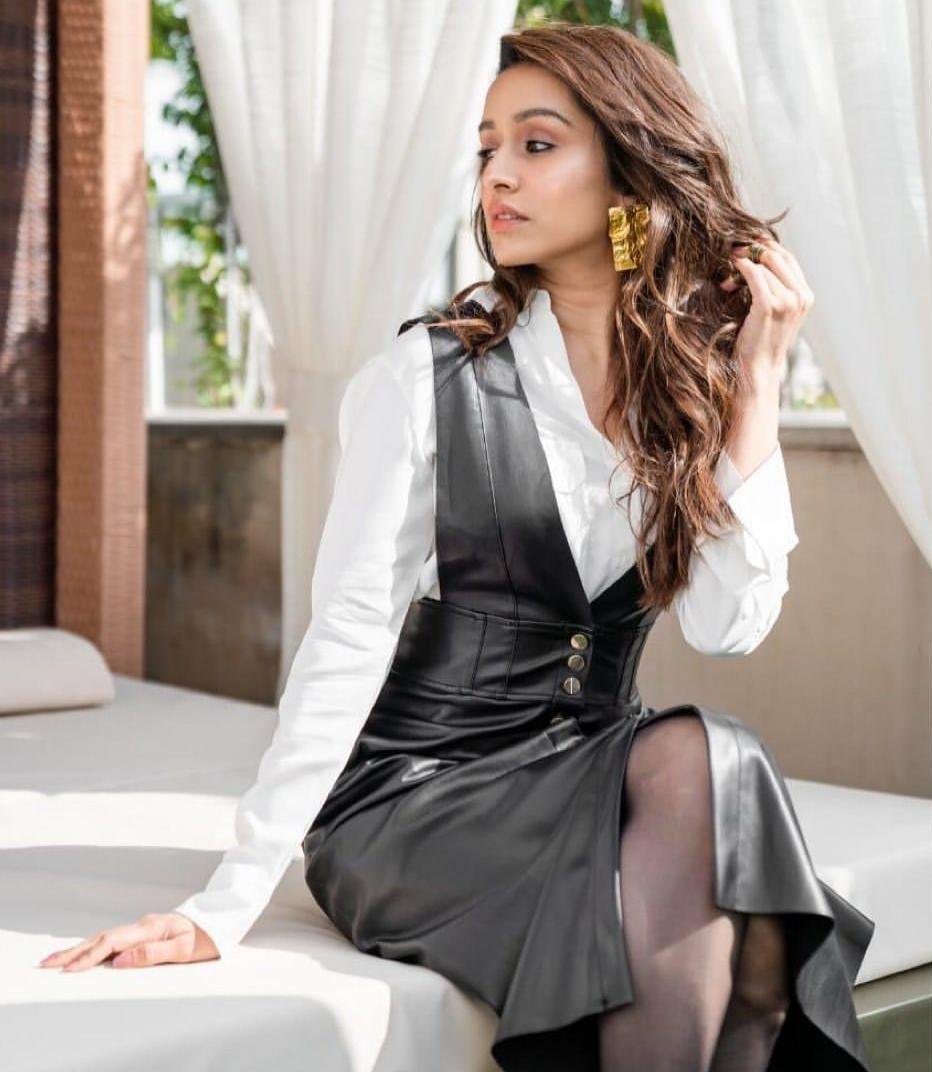 Shraddha Kapoor’s school education was initiated at Jamnabai Narsee School in Mumbai for 15 years. She then went to the American School from Mumbai. Her school friends were actress Athiya Shetty and actor Tiger Shroff. Athiya Shetty told in her interview in Times of India that she used to participate in the dance competition there.

Shraddha also played football and handball during her studies. After this, she went to Boston for her further studies, where she enrolled in Psychology. But due to the offers of films, she had to leave her studies in the middle. Shraddha Kapoor is also fond of singing, so she took arms education from Lata Mangeshkar’s cousin. Read Tiger Shroff’s life introduction here.

Shraddha Kapoor’s career has been told based on the following year. 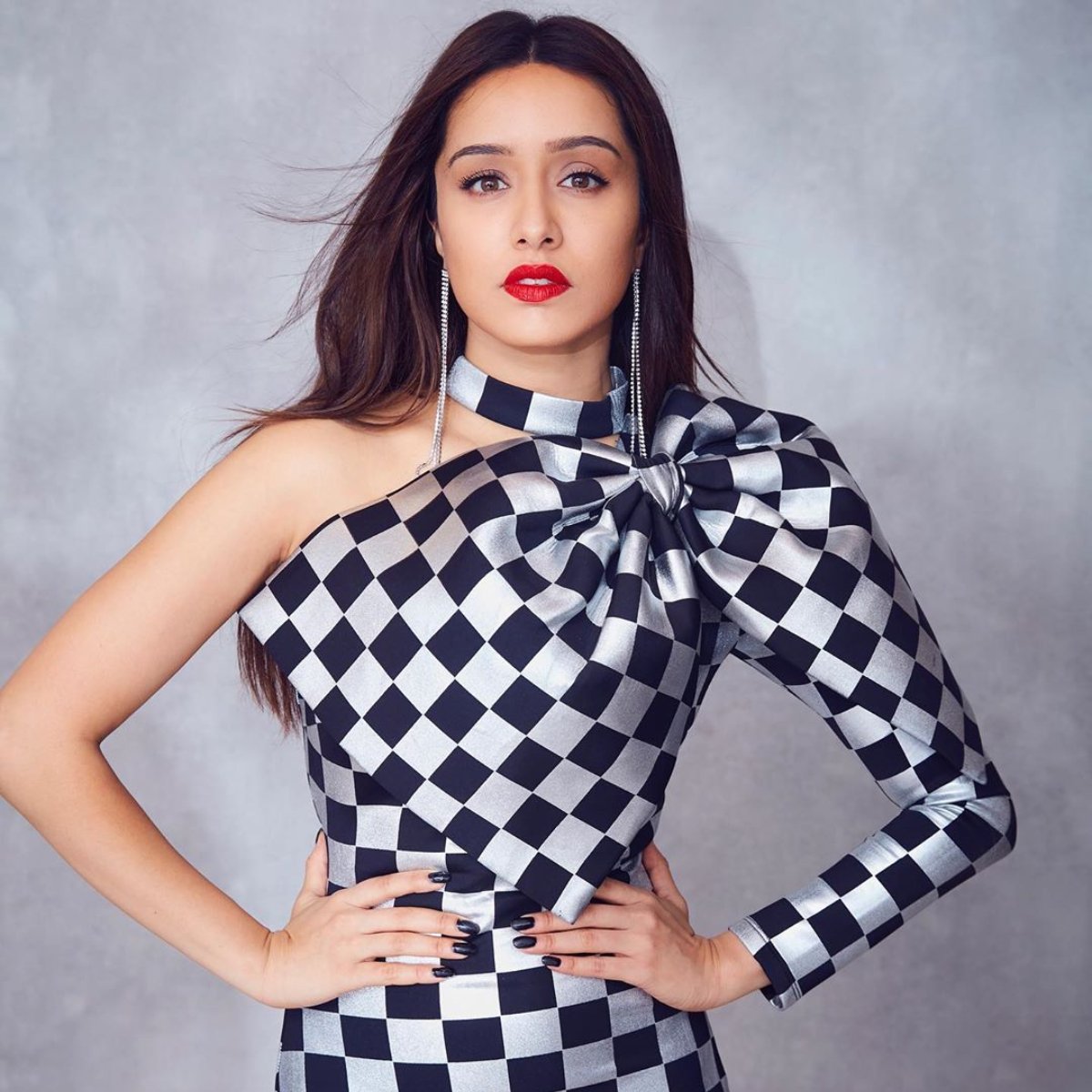 2010: Her career started with a film called ‘Teen Patti’, a character from a college-going girl. This film was offered to her by producer Ambika Hinduja on Facebook. Actors like Amitabh Bachchan, Ben Kingsley and R Madhavan also worked with her in this film. The film did not get much success, but Shraddha Kapoor’s performance in this film was praised. For this film, many critics submitted articles written by Readiff.com, one of which wrote that Shraddha Kapoor has an amazing ability to work in films. 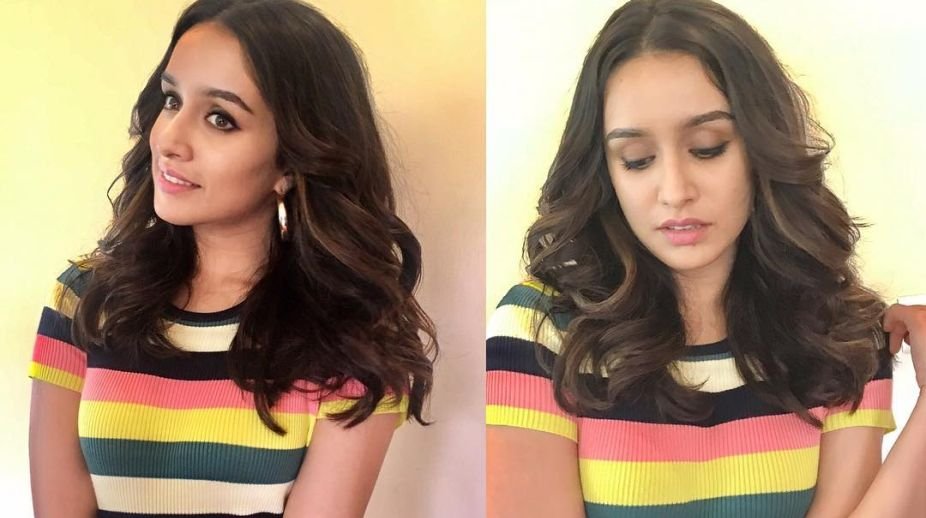 2011: After the debut of this film, she signed a contract with Yash Raj Films Production Company and agreed to work in her three films. Then she had a film with this production company called ‘Love’s the end’, in which she starred with Taha Shah. In this film, Shraddha played the character of a college young woman, in which her boyfriend cheats on her. The film received mixed reviews from critics. The film did well at the box office. 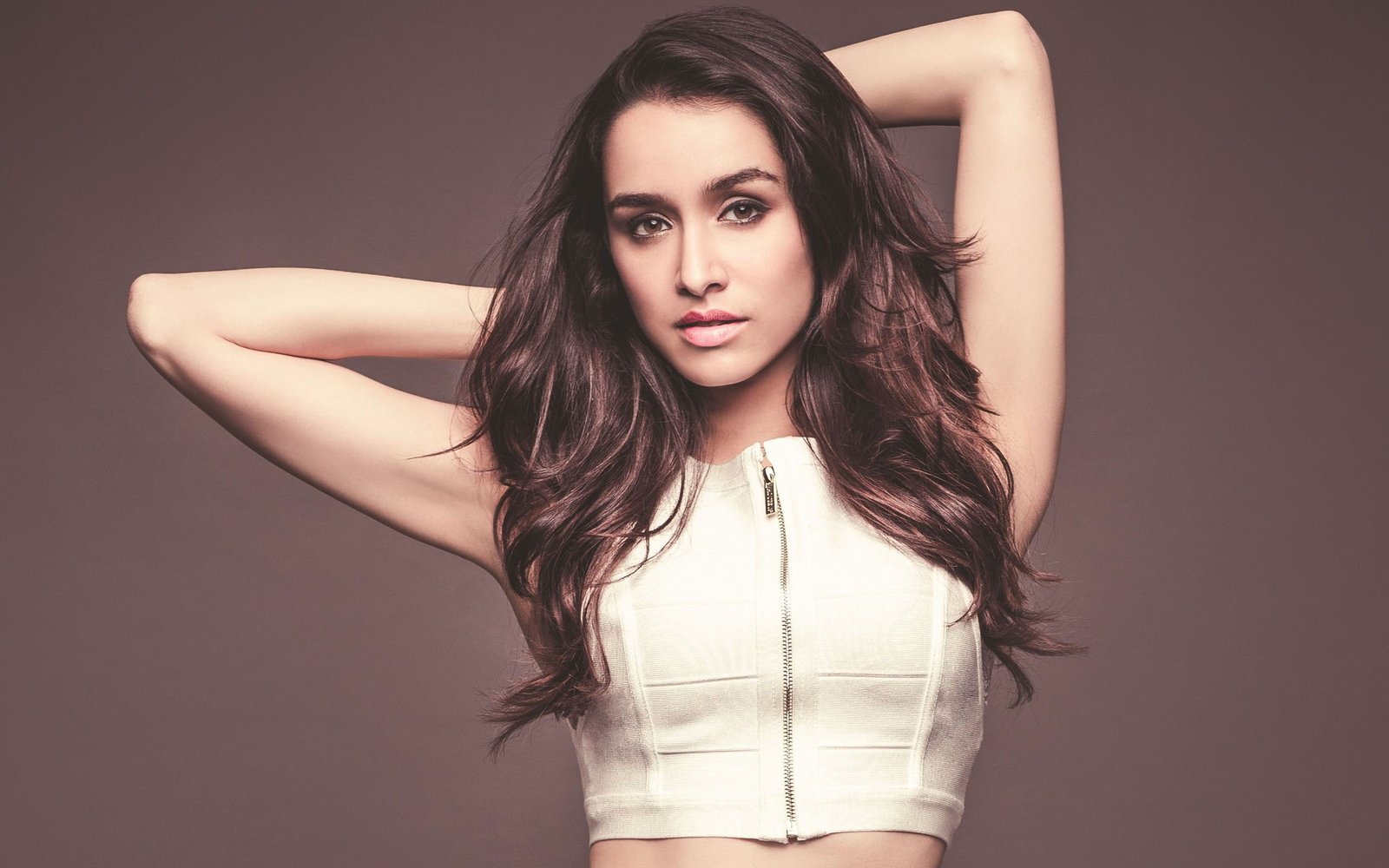 A critic for this film wrote that in this film, when Shraddha discovers her lover’s intentions, she is completely broken by the deception given to her, but when later she comes up firmly with a secret. Is, then you cannot live without appreciating them at that time. Then she got an offer to play the lead role in the film ‘Aurangzeb’, based on her performance in this film, which was of Yash Raj Productions, but she canceled her contract with the company and after that, she switched to another film. Signed for which was ‘Aashiqui 2’. 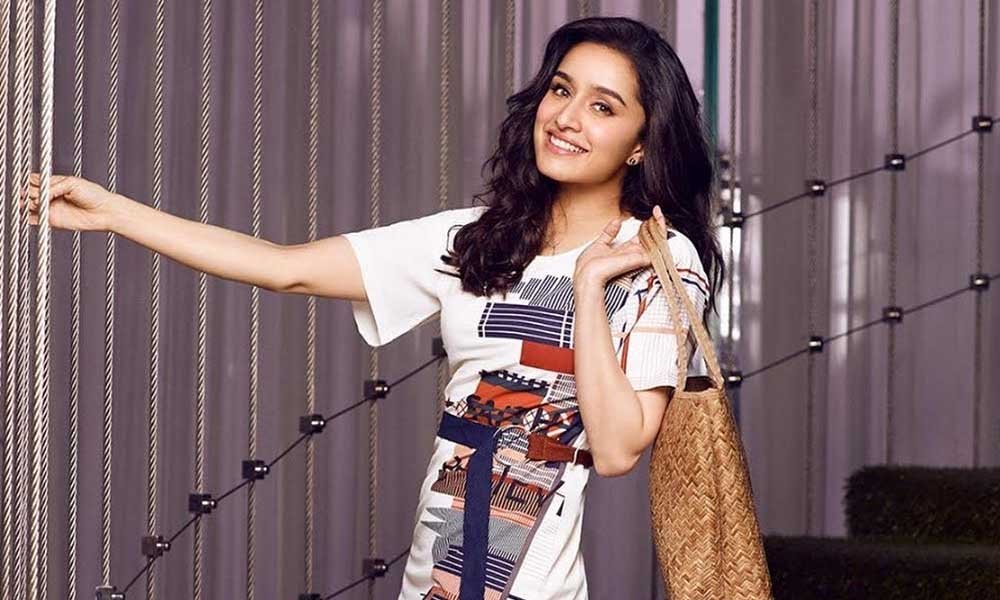 2013: A 1990 film Aashiqui, a sequel to the same film, saw Mohit Suri make a film in 2011 titled Aashiqui 2. It was a romantic drama film. In this film, her character was named Aarohi Keshav Shirke who sings in a small bar which later becomes a successful singer with the help of a famous male singer. Her hero in this film was Aditya Roy Kapoor. The film was quite successful at the box office. The film did revenue of 1.09 billion at the box office. 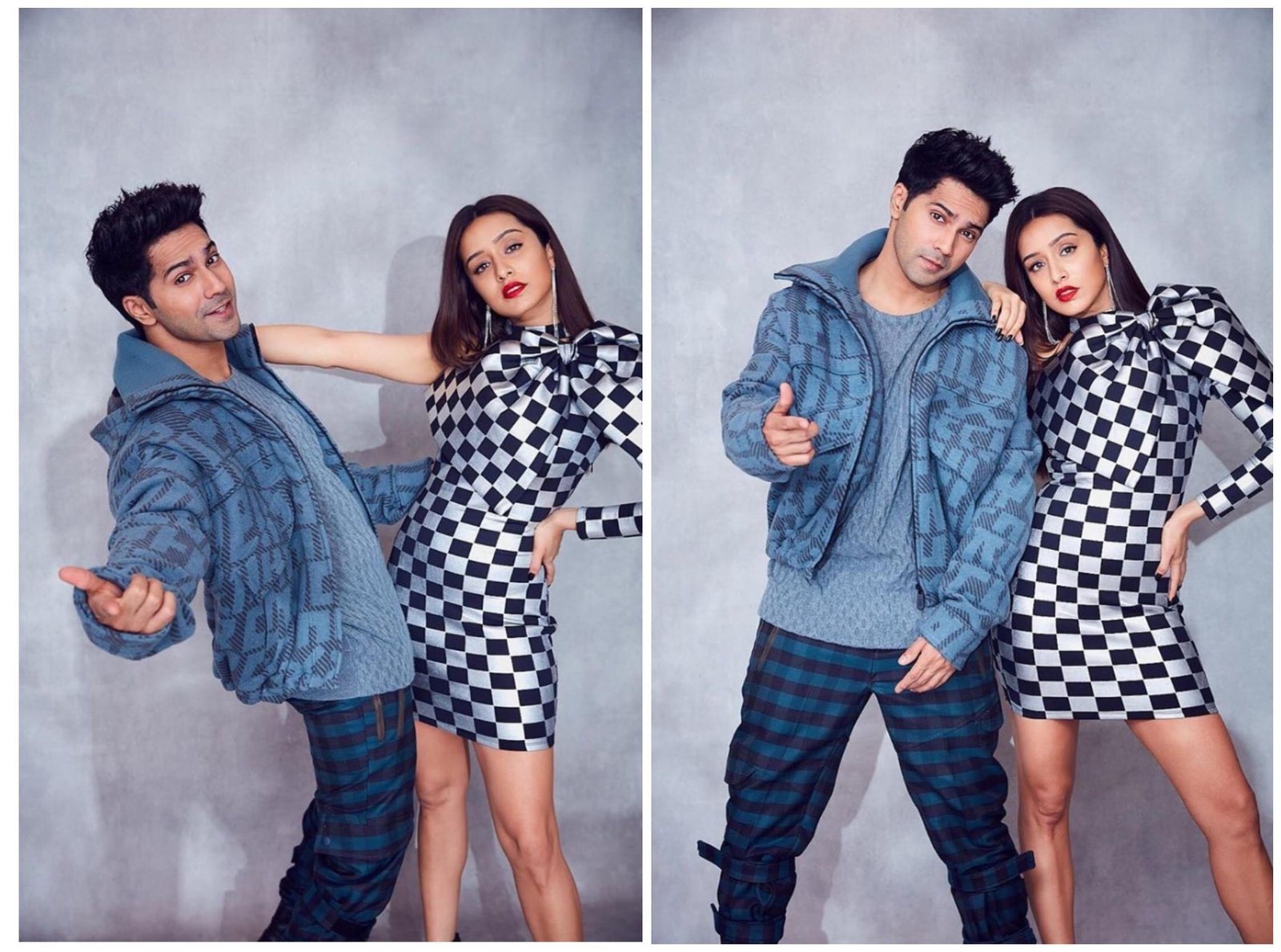 2014: Her film this year was titled ‘Ek Villain’, in which she played the character of the ailing wife of the film’s hero Siddharth Malhotra, whom a serial killer kills. In this film, Ritesh Deshmukh played the role of the serial killer. The film was very successful, the film grossed over 1 billion dollars at the box office and emerged as a major commercial success film. The film received positive reviews from critics. Shraddha Kapoor also sang a song for this film, whose lyrics were ‘Teri Galia’ which was very much liked by the people. 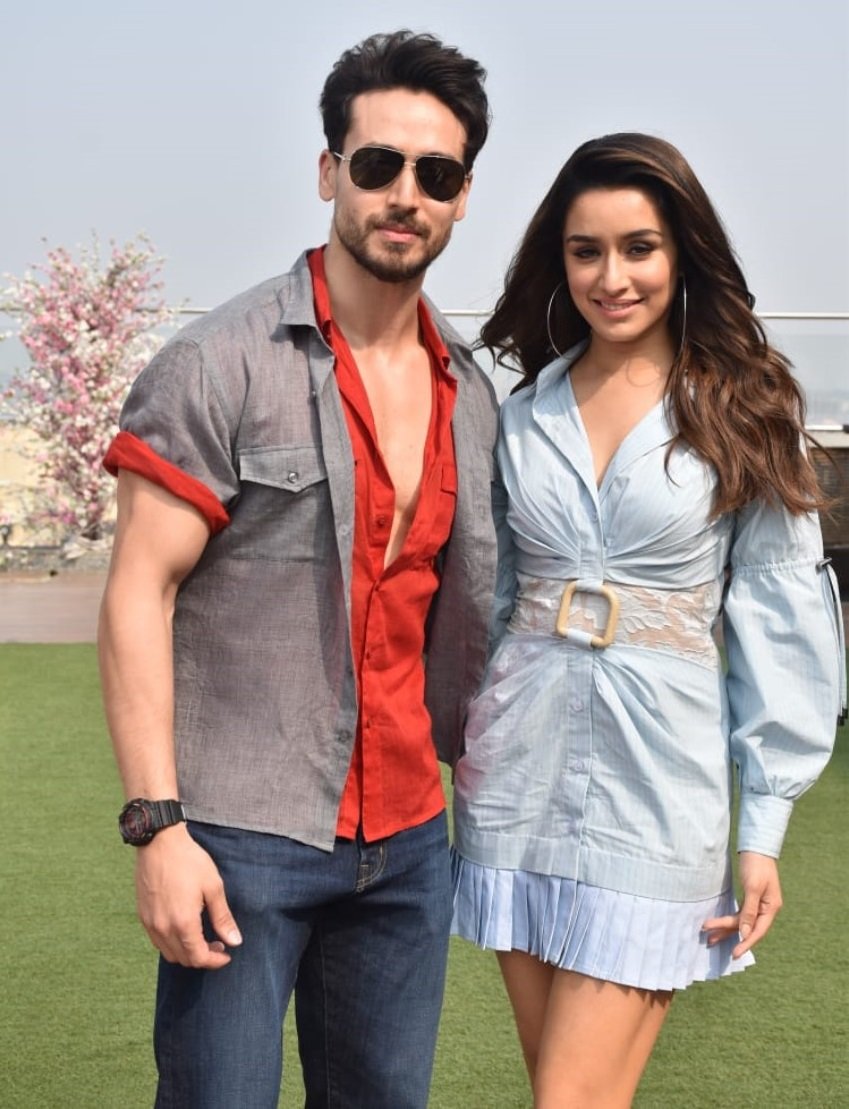 2015: Shraddha Kapoor revived the role of a hip hop dancer in the film ‘ABCD 2’, the second part of the film ‘ABCD: Any Body Can Dance’. Her hero in this film was Varun Dhawan. The film was produced by dance choreographers Remo D’Souza and Prabhu Deva under Walt Disney Pictures. Shraddha Kapoor worked very hard for her dance performed in this film. She also learned a lot of dance for this. The film grossed a lot at the box office, becoming a successful film with a revenue of 1.57 billion. In this film too, Shraddha Kapoor went to a song whose lyrics were ‘Bezubaan Phir Se’. 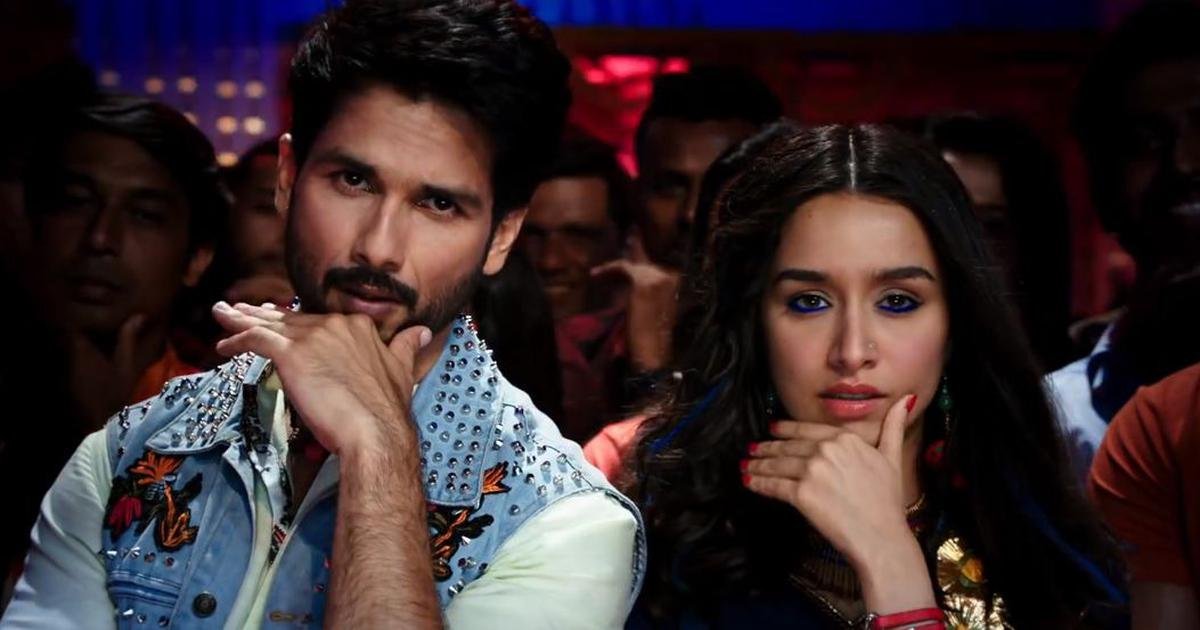 2016: Shraddha’s film this year was titled ‘Baaghi’. In this film, she also did playback singing, the lyrics of her songs were ‘Sab Tera’. Her hero in this film was Tiger Shroff. In this film, their pair was well-liked by the audience. In this film, she has done a character taking martial arts training. The film was very successful, the film grossed 1.26 billion at the box office. Reviewing this film, the reviewer of The Indian Express has said that the romantic scenes have been presented very well in this film. After this she did a cameo in Ekta Kapoor’s film ‘Flying Jat’, then she played the character of Jiya Sharma in ‘Rock on 2’, which hates her father. 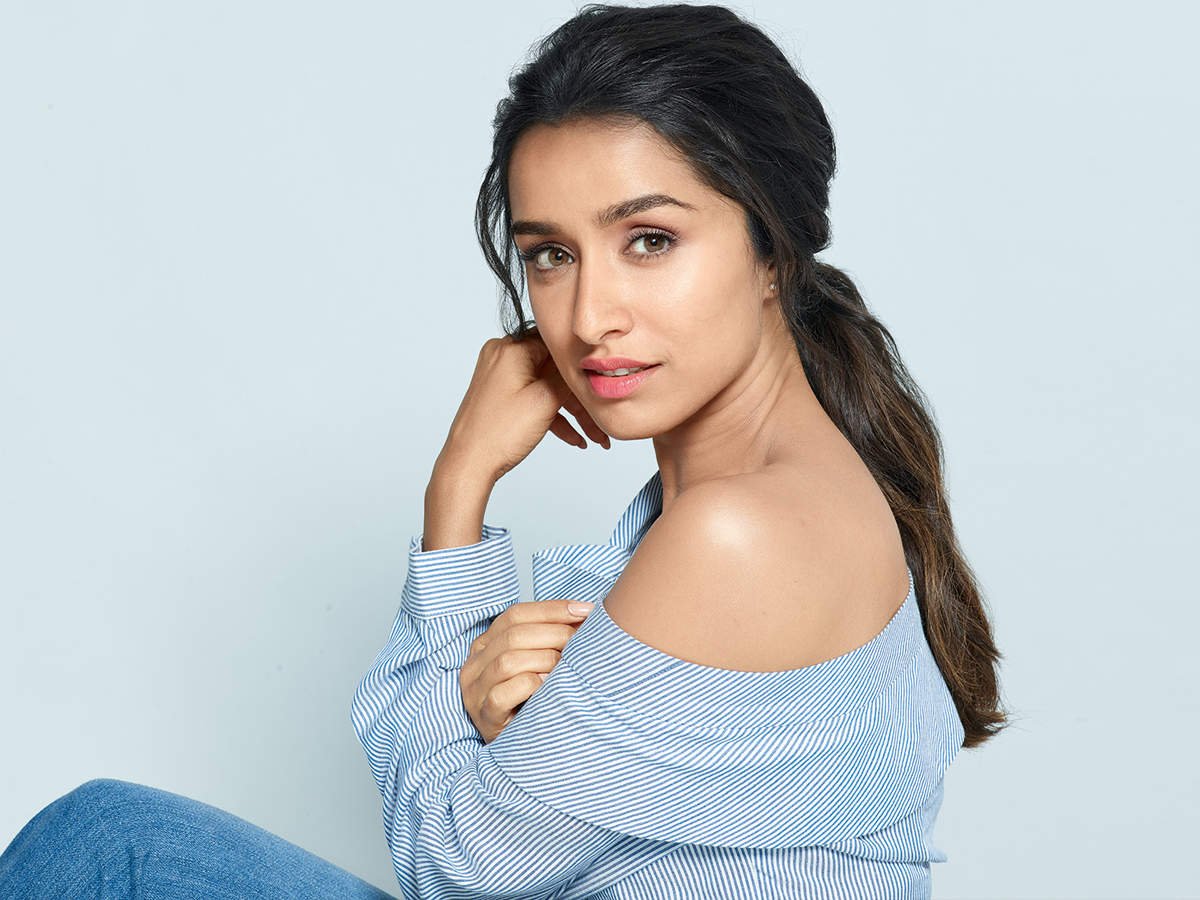 2017: This year came Shraddha Kapoor’s film titled ‘Ok Jaanu’, it was a romantic drama film. Her hero in this film was Aditya Roy Kapoor. She also did Mani Ratnam’s film ‘O Kadhi Kanmani’, which is made under Karan Johar’s Dharma Productions. Apart from this, Shraddha Kapoor has an upcoming film ‘Half Girlfriend’ in this year, i.e. 2017. In which her hero is Arjun Kapoor. The film is directed by director Mohit Suri. The film is inspired by Chetan Bhagat’s book Half Girl Friend. 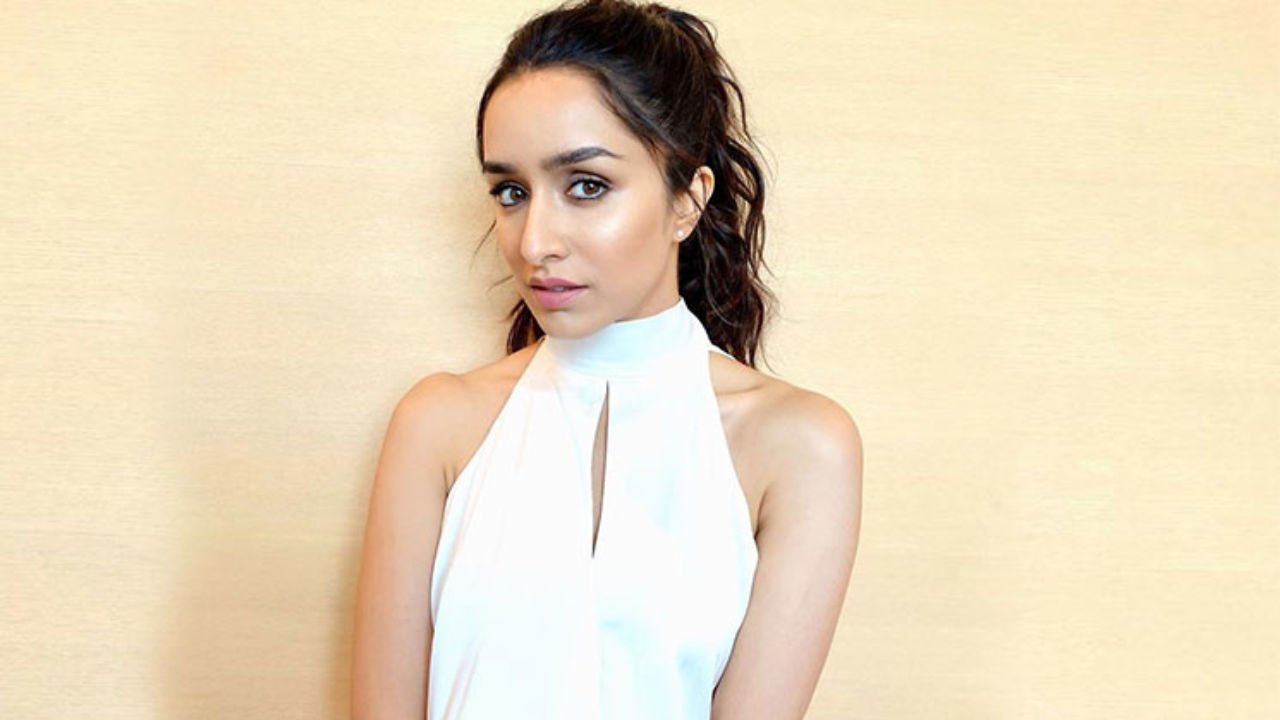 Apart from films, she also runs several charity organizations. She has done many stage shows on the songs of her films. In addition, she has walked the ramp wearing many fashion designers’ clothes at Lakme Fashion Week. She has appeared on the cover pages of many popular magazines such as Vogue, Cosmopolitan and Verve. Shraddha Kapoor has also been the brand ambassador of many popular brands including Lakme, Veet, Lipton, Marico Hair & Care and many other brands. 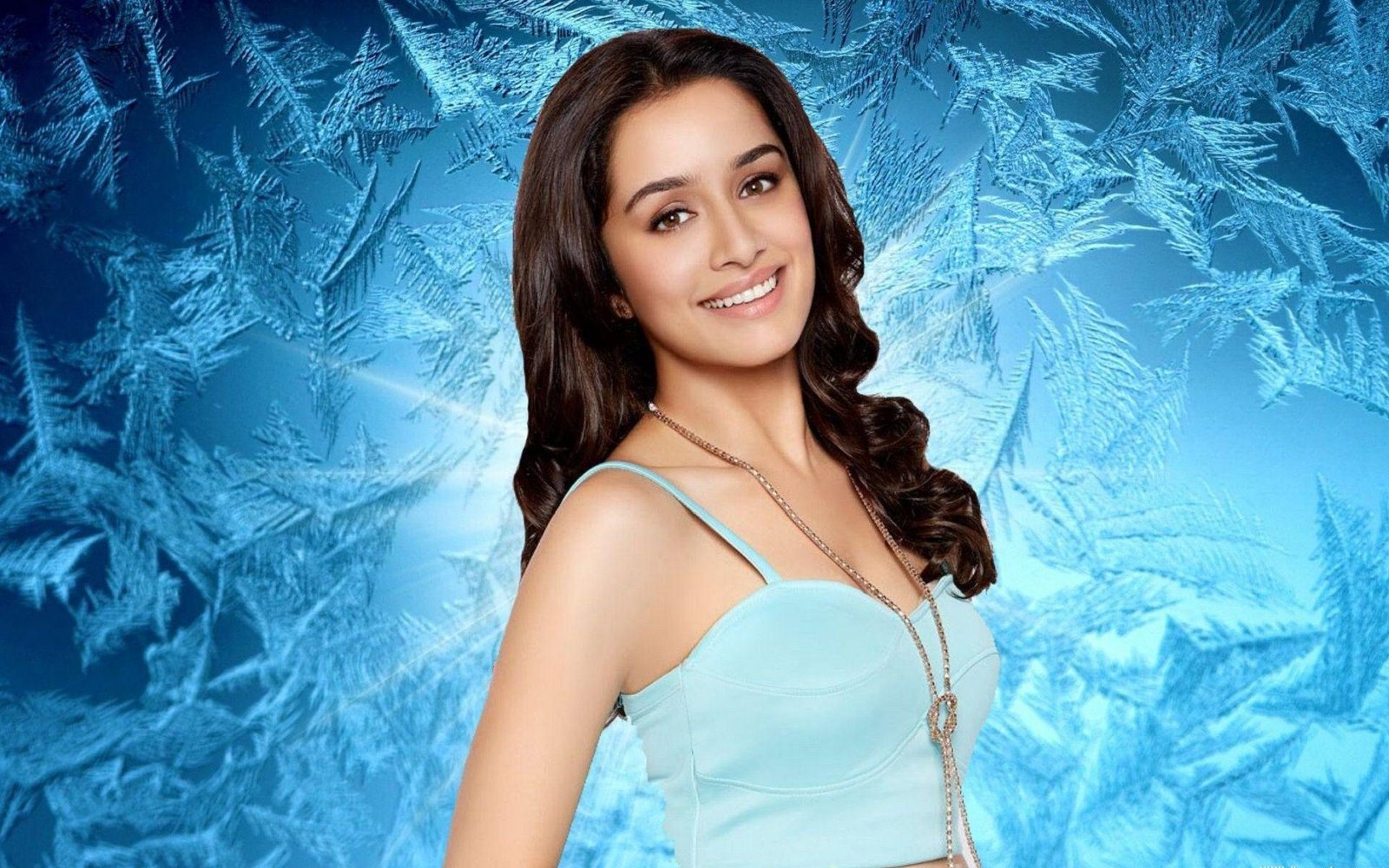 In 2013, Shraddha Kapoor became one of the most popular celebrities of India. In a survey, she is ranked 5th as the sexiest actress in the world. This list was released by FHM, an edition of India. In 2014, she reached the second position as the sexiest actress. It was also said in Google trends that from 2014 to 2015, she is the most searched actress. Readif.com has included her name among the 10 Bollywood celebrities in its 2014 list. 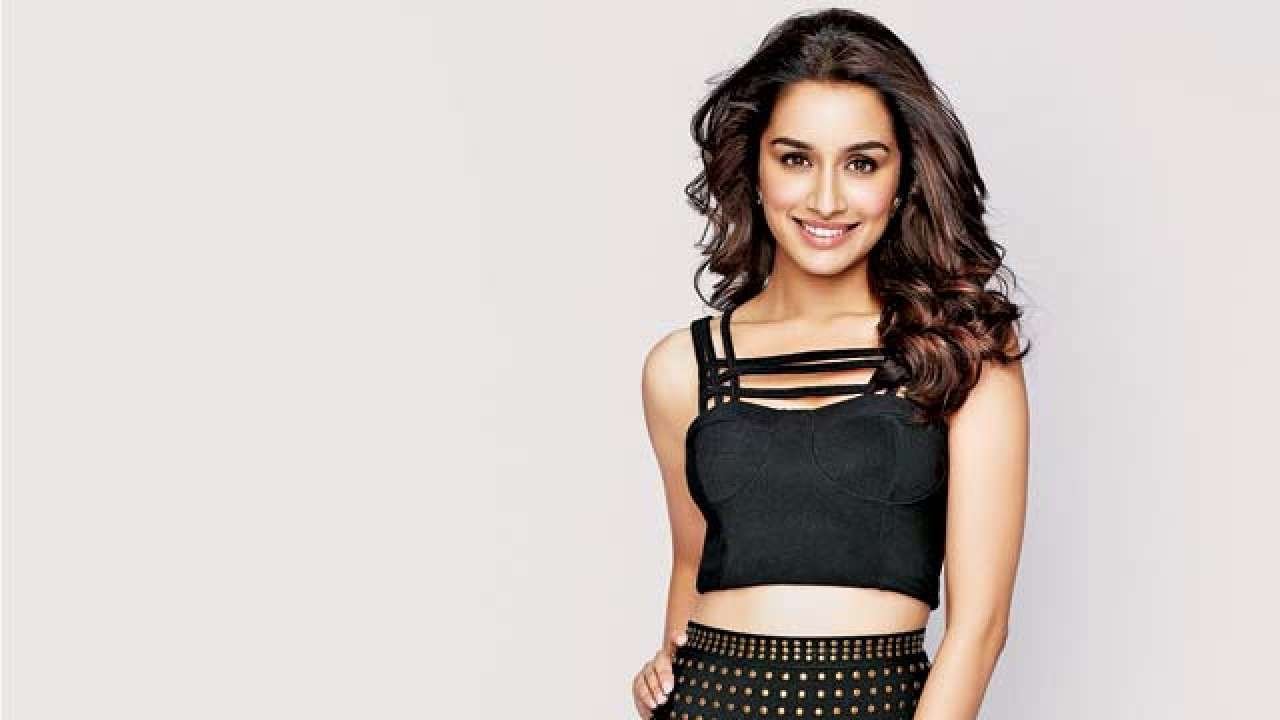 She was the most attractive female actress in The Times of India 2014 to 2015 list. She is a successful Asian under 30 in the Forbes list of 2016. She has been featured in the list of 100 famous people in the magazine of the Indian edition. All these achievements have been achieved in a very short time and have shown their hard workability.

Shraddha Kapoor got into controversies when she boycotted photographers for the success of her film Ek Villain, which was held in 2014. At the same time, the film was also disputed for misbehaving with the media during publicity. She has also been in controversy due to the discussion of the affair with film actor Aditya Roy Kapoor.