Tell me, what words you would like to use for Brad Pitt’s talent? Once in a lifetime or a constant talented performer or most impressive actor? Talks will be less to define Brad Pitt’s ability. Let me introduce him to you; Brad Pitt is 2 times Golden Globe winner, an Academy Award Winner for Best Picture category and cited for “Most Attractive Man” for several years by various media outlets; an American actor and film producer was born on December 18, 1963, Shawnee, Oklahoma.

He is well known for his humanitarian and development works in different countries under several associations. In personal life, Brad has 2 daughters and 1 son. He got married to Angelina Jolie in 2014 after dating from 2006, but unfortunately, they separated in 2019. At Pitt’s old age he moved to Springfield, Missouri, with his parents where Pitt started living with his 2 younger siblings Douglas Mitchell and Julie Neal. His family was a conservative Christian and raised as Southern Baptist. Hence, later he swung back between Agnosticism and Atheism. He stated Springfield city as “Mark Twain country and Jesse James country” as Springfield is full of a lot of hills and lakes. 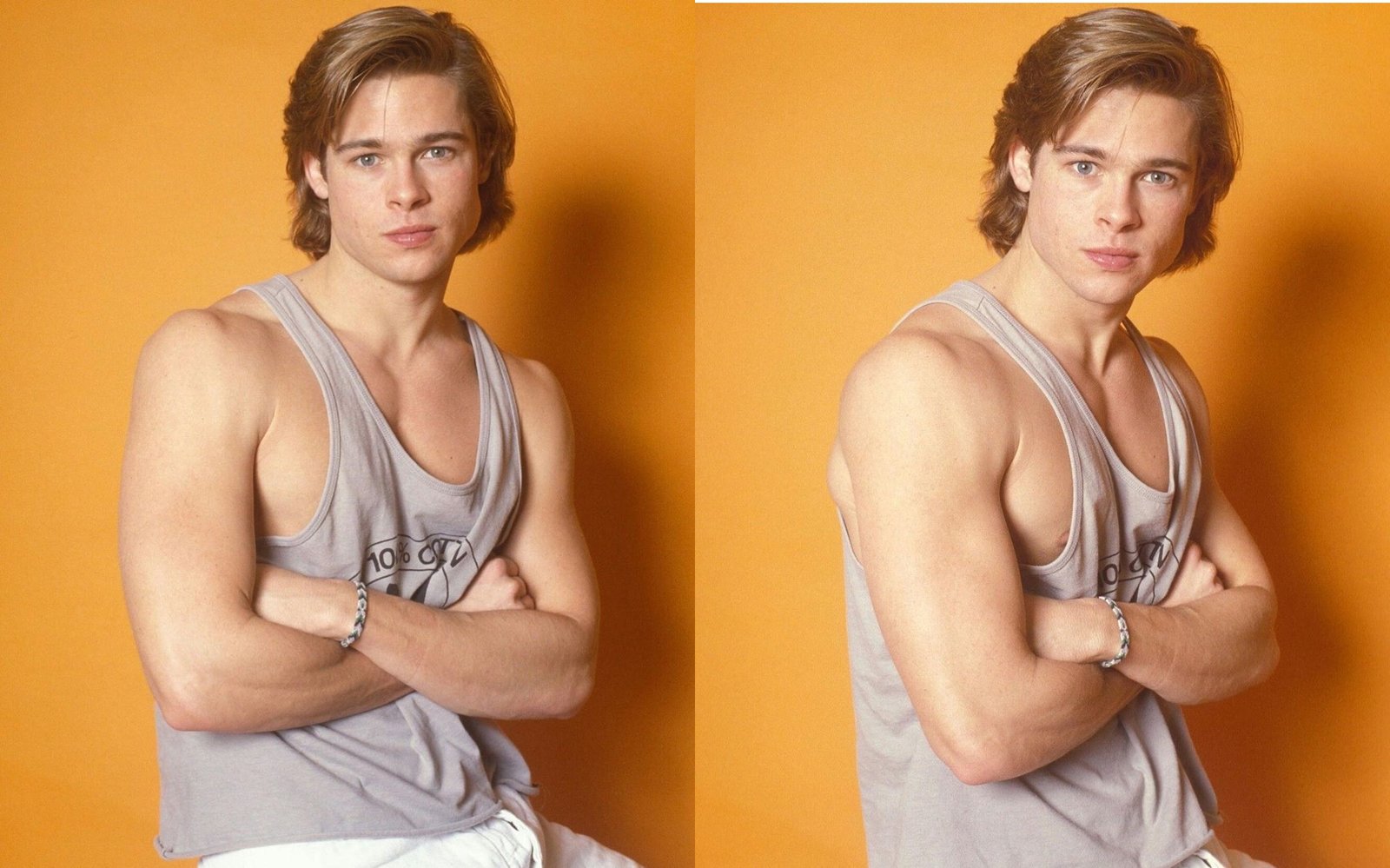 At school, Pitt was considerably sportive and played in golf, swimming and tennis team at Kickapoo High School. Pitt was one of the top performers in his school’s Key, Forensic, Debate and Musical club.

After completing his high school, in 1982, Pitt admitted to the University of Missouri. Pitt selected Journalism as his primary subject and showed interest in advertising. As graduation approached but he was unsettled. Missouri was not famous for the film, but Pitt loved movies. So he decided to go to where the film was made. 14 days before completing the course week of a degree, Pitt said bye-bye to his university and headed to Los Angeles. In the beginning, Pitt struggled a lot. Though, he never lost hope and continue his acting lessons with his coach Roy London. In 1987, Pitt worked in 3 films “No Way Out”; “No Man’s Land” and “Less Than Zero” in a row with uncredited parts. The same year, his debuted role at the television was in “Another World”, a soap opera of NBC. 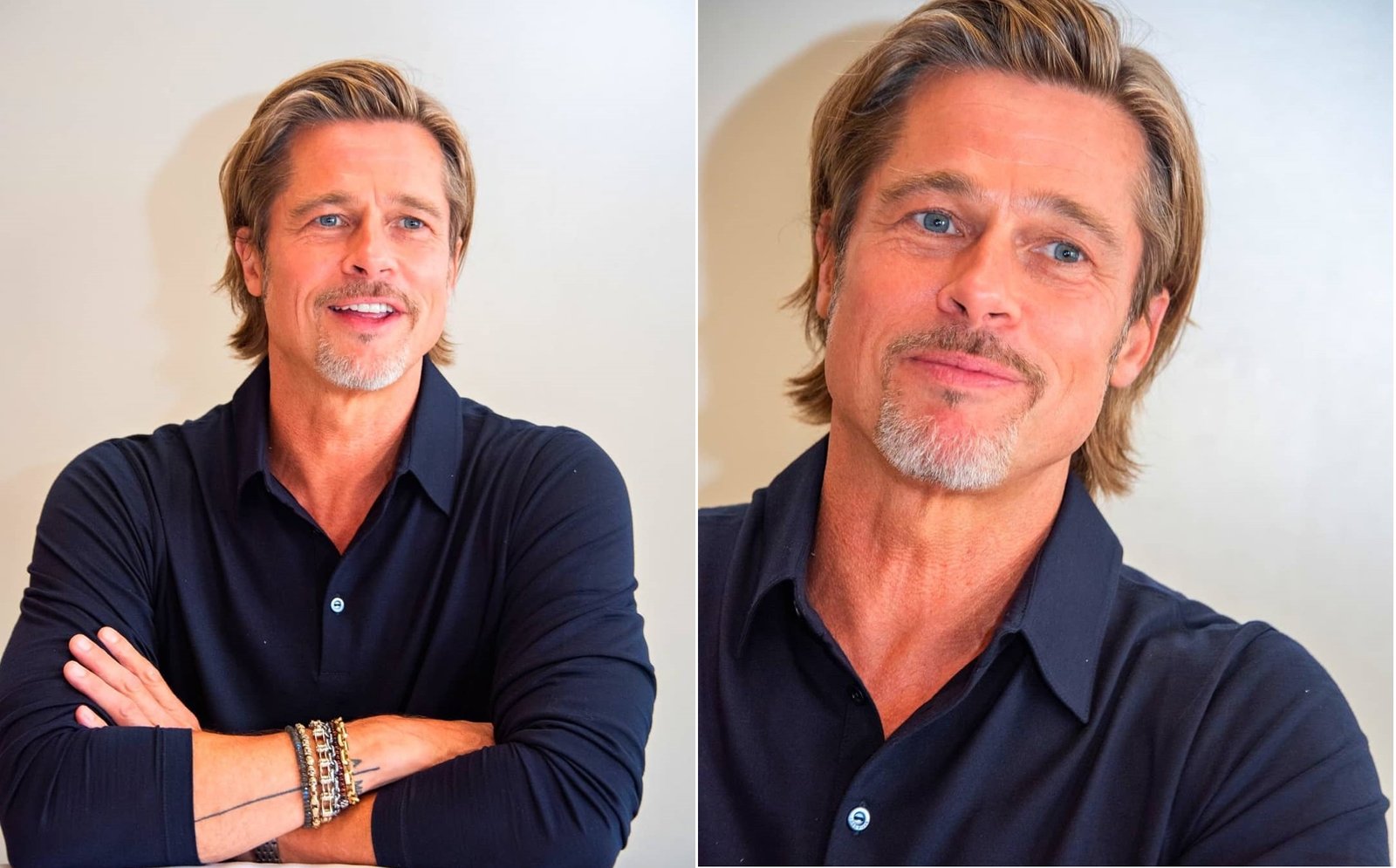 Pitt portrayed his big-screen debut in 1989, horror film “Cutting Class”, co-starred Donovan Leitch and performed in a teen track star Sandy Tung’s “Across the Star”. But both were as a supporting role. After playing in several supporting roles and guest appearances on television, he finally able to work with a big name, Ridley Scott’s “Thelma & Louise” (1991). His performance was outstanding in this film.

In the same year and following years, he appeared in “Johnny Suede” (1991) as an aspiring rock star, live-action and animated fantasy film “Cool World” (1992). Both films received poor reviews and commercially flopped. 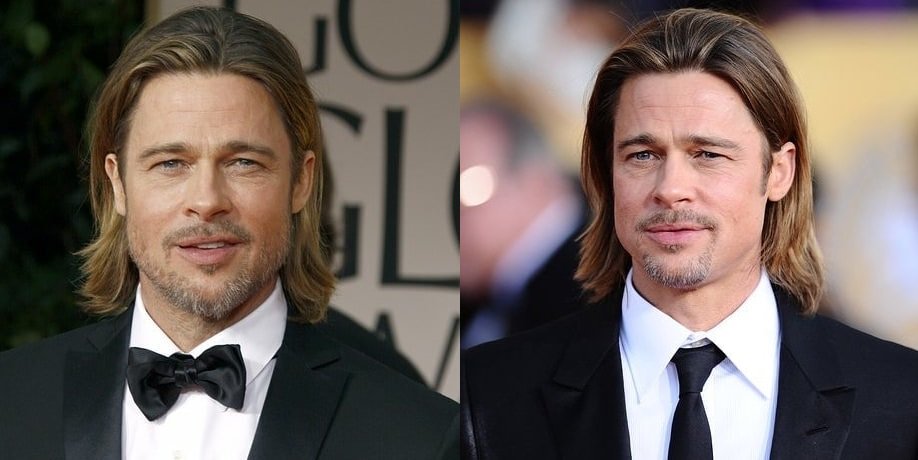 In 1992, Pitt took the challenge to perform in a bio-pic named “A River Runs Through It”, the role of Paul McLean. People’s magazine Janet Mock described it as a turning point in Pitt’s career. But later Pitt admitted that it was the weakest performance and feeling pressure while shooting the film also stated “weakest performances … It’s so weird that it ended up being the one that I got the most attention for.”

Pitt believed that working with this film cast and crew made him better than before. He thanked the director Robert Redford and stated: “when you play with somebody better than you, your game gets better.” From 1994 – 1998 was a significant turning point in Pitt’s career. He showed his skill in the horror film “Interview with the Vampire: The Vampire Chronicles” (1994), co-starred Tom Cruise, Antonio Banderas, Christian Slater and Kristen Dunst. In the same year, he received his first Golden Globe nomination in Best Actor category for his performance in “Legend of the Falls”.

Following year, Pitt came as a detective in “Seven”, ensemble cast that included Morgan Freeman and Gwyneth Paltrow. This movie earned $327 million worldwide. Pitt called it a great movie and declared the part would expand his acting horizons. Pitt’s success continued in 1995 also as he won a Golden Globe Award for Best Supporting Actor for the film “12 Monkeys”, a sci-fi movie, and received his first Academy Award nomination for Best Supporting Actor. He continued working in films named “Sleeper” (1996); “The Devil’s Own” (1997); “Seven Years in Tibet” (1997); “Meet Joe Black” (1998). Pitt received mixed critics acclaim for his performance in these movies. 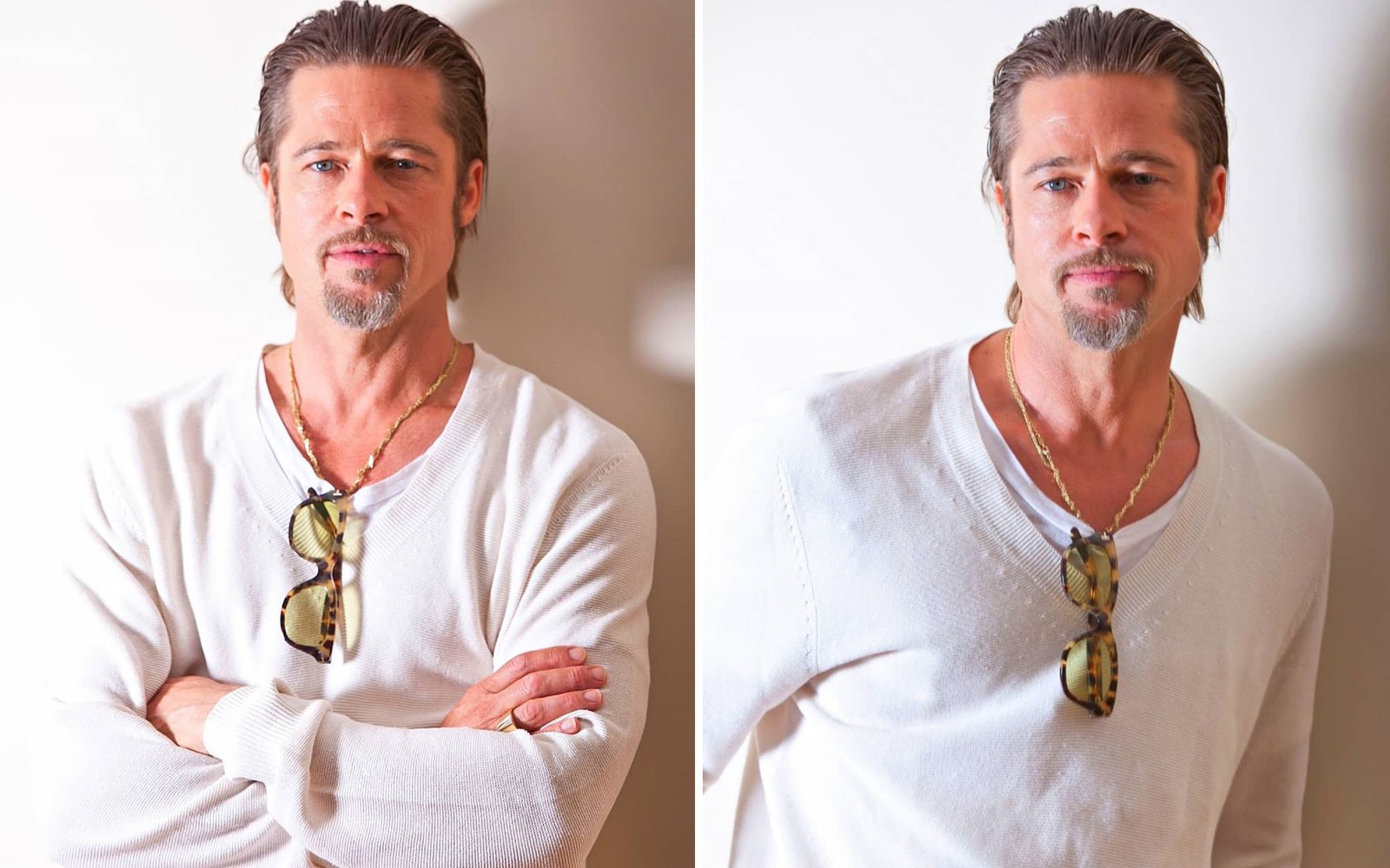 Pitt’s acting was widely praised in “Fight Club” as Tyler Durden in 1999. Pitt worked out a lot for this character and learned boxing, taekwondo and grappling. “Fight Club” also premiered in Venice International Film Festival. But box-office performance was weak during 1999, and this movie became an all-time Cult classic movie after releasing its DVD version in 2000.

At the time, in 2000 Pitt tied his knot with Jennifer Aniston and made a guest appearance at the 8th season in “Friends” television series. In 2001, he presented one of the most successful movies of that year “Ocean’s Eleven” a heist film, co-starred George Clooney, Matt Damon, Andy Garcia, and Julia Roberts and earned $450 million worldwide. Pitt starred in the most demanding character in 2004 as Achilles in “Troy”, one of the biggest blockbusters of all time. He learned sword training for 6 months. Then the same year, “Ocean’s Twelve” earned $363 million worldwide. CNN’s Paul Clinton stated Pitt and Clooney’s energetic performance as “the best male chemistry since Paul Newman and Robert Redford.” By this time Pitt and Jennifer got divorced.

In 2005, Pitt played in the action-comedy “Mr. & Mrs. Smith”, in which a bored married couple revealed that each is an assassin sent to kill the other. This movie earned $478 million worldwide, became one of the biggest hits of 2005. While acting in this movie, Pitt and Jolie started dating, and later they decided to get married. In 2013, Pitt performed in his highest-grossing film ever “World War Z” that earned $540 million worldwide. Without any fail, every year he provided commercially box office hit as well as great performances in “12 Years a Slave” (2013), nominated for 9 Academy Awards and won in Best Picture category; “Fury” (2014), earned $211 million worldwide; biographical comedy-drama

“The Big Short” (2015), the film was nominated for five Academy Awards, including Best Picture; romantic thriller “Allied” (2016). In 2017, he played in the Netflix satirical war comedy “War Machine.” In 2019, Pitt showed great partnership with Quentin Tarantino and Leonardo DiCaprio in “Once Upon a Time in Hollywood” and this movie also led him to Golden Globe nomination. Pitt works with ONE Campaign, an organization that is working to combat AIDS and reducing poverty from developing countries. In the Darfur region, a lot of refugees are passing crisis time in their life, Pitt and Jolie visited there in May 2007 and donated $1 million to three organizations. He had an organization named “Not On Our Watch” that is working to stop “mass atrocities”. George Clooney, Matt Damon, Don Cheadle, David Pressman, and Jerry Weintraub are partners of this organization. In September 2006, Pitt and Jolie formed a charitable organization, the Jolie-Pitt Foundation, to aid humanitarian causes across the world. The foundation made initial donations of $1 million each to Global Action for Children and Doctors Without Borders. In January 2010 the foundation donated $1 million to Doctors Without Borders for emergency medical aid to help victims of the Haiti earthquake.

From 1980 to 1997, Pitt involved himself in several relationships with his co-stars, Robin Givens (Head of the Class), Jill Schoelen (Cutting Class), and Juliette Lewis (Too Young to Die), Gwyneth Paltrow (Seven). In 2000, Pitt settled himself with Jennifer Anniston and got married in a private wedding ceremony in Malibu. They were under the same roof till 2005. Then Pitt and Jolie became intimate with each other in “Mr. & Mrs. Smith” set and started dating. Their relationship was “talk of the town” till they got married in 2014 and got divorced in 2019. Brad Pitt About and Angelina Jolie

Angelina Jolie and Brad Pitt got together back in 2004 on the set of Mr. & Mrs. Smith and were married in 2014. In 2016, Jolie filed for divorce, citing “irreconcilable differences,” and has said in multiple interviews that the separation was for the family’s “well-being.” 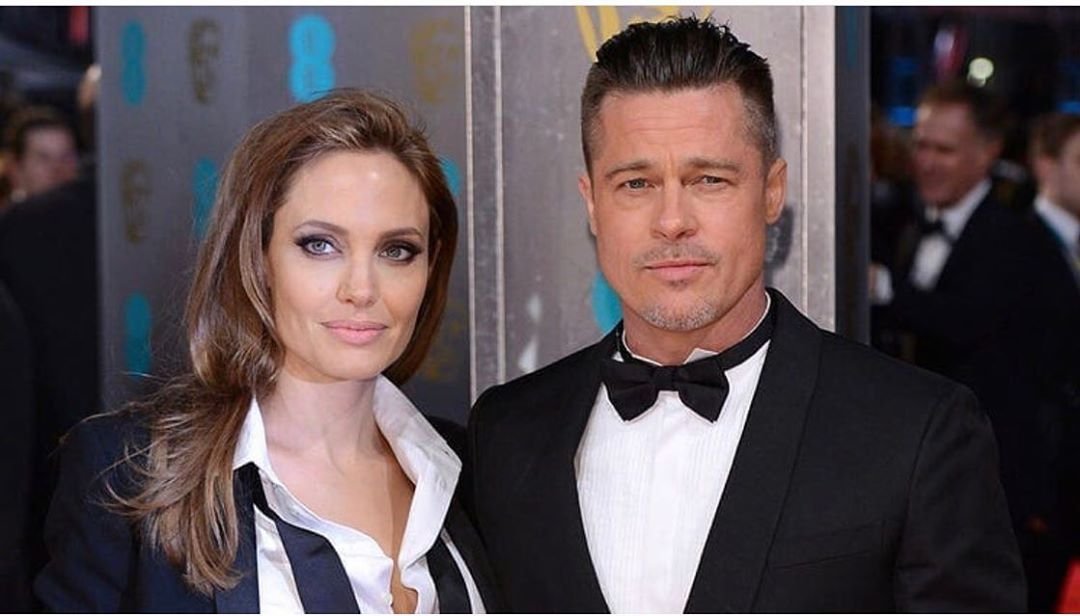 Brad Pitt and Angelina Jolie have 6 children. Their list is given below. 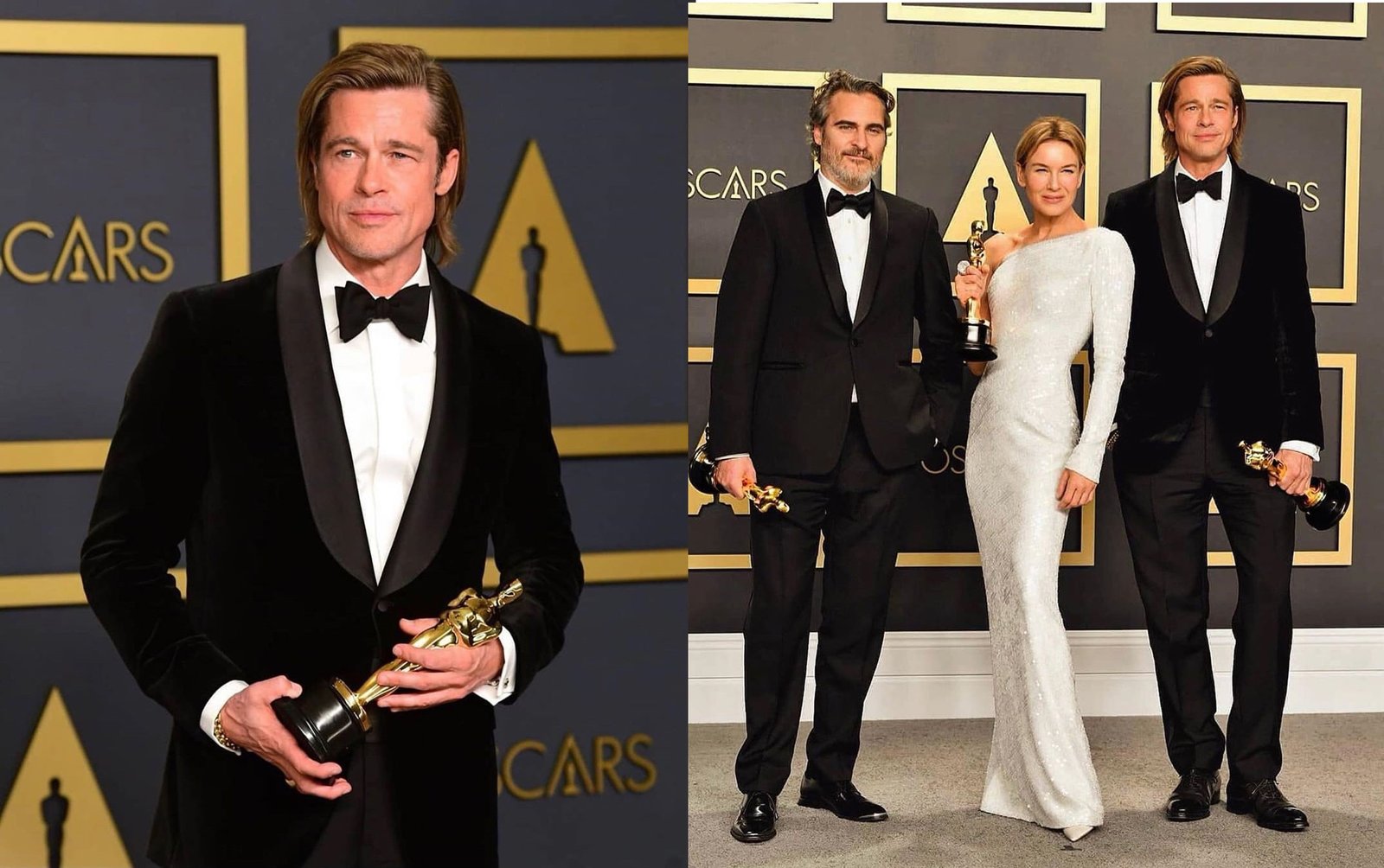