If I ask you, who is the pirate of Hollywood? No doubt, one name will come in your mind. None other than Johnny Depp, the great Captain Jack Sparrow, a role played in “Pirates of the Caribbean”. This famous American actor, John Christopher Depp II was born on June 9, 1969, Owensboro, Kentucky, United States. He presented several blockbuster movies with unforgettable characters. This is considered as one of the most impressive actors in the Hollywood industry. 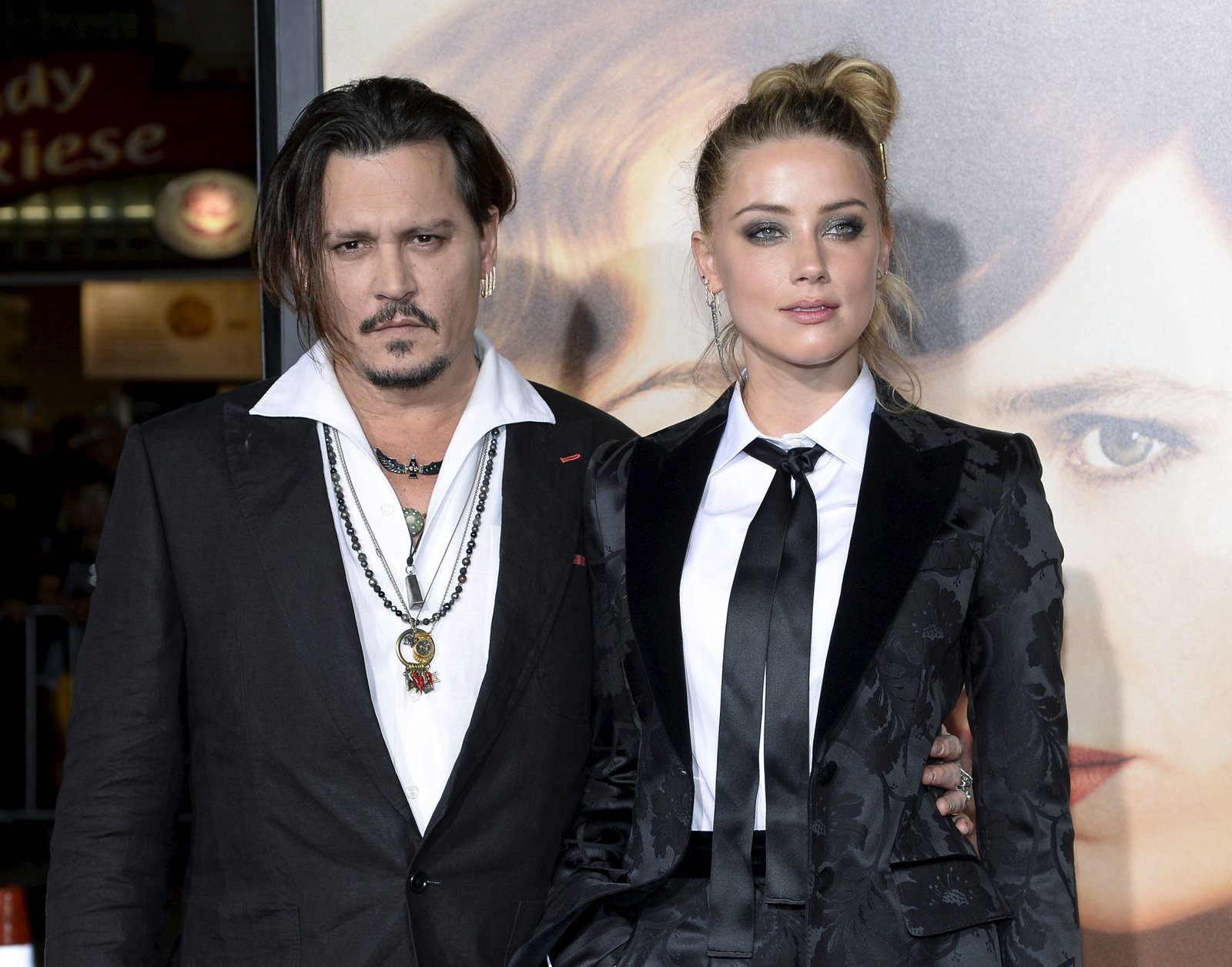 John Christopher Depp was the youngest child of his parents who was an admitted oddball during his childhood. He and his siblings lived in 20 different places and finally, his parents settled in Miramar, Florida in 1970. Johnny was very fond of music when he was a kid. His mother gave him a guitar and when he was only 12 and was playing with different bands. 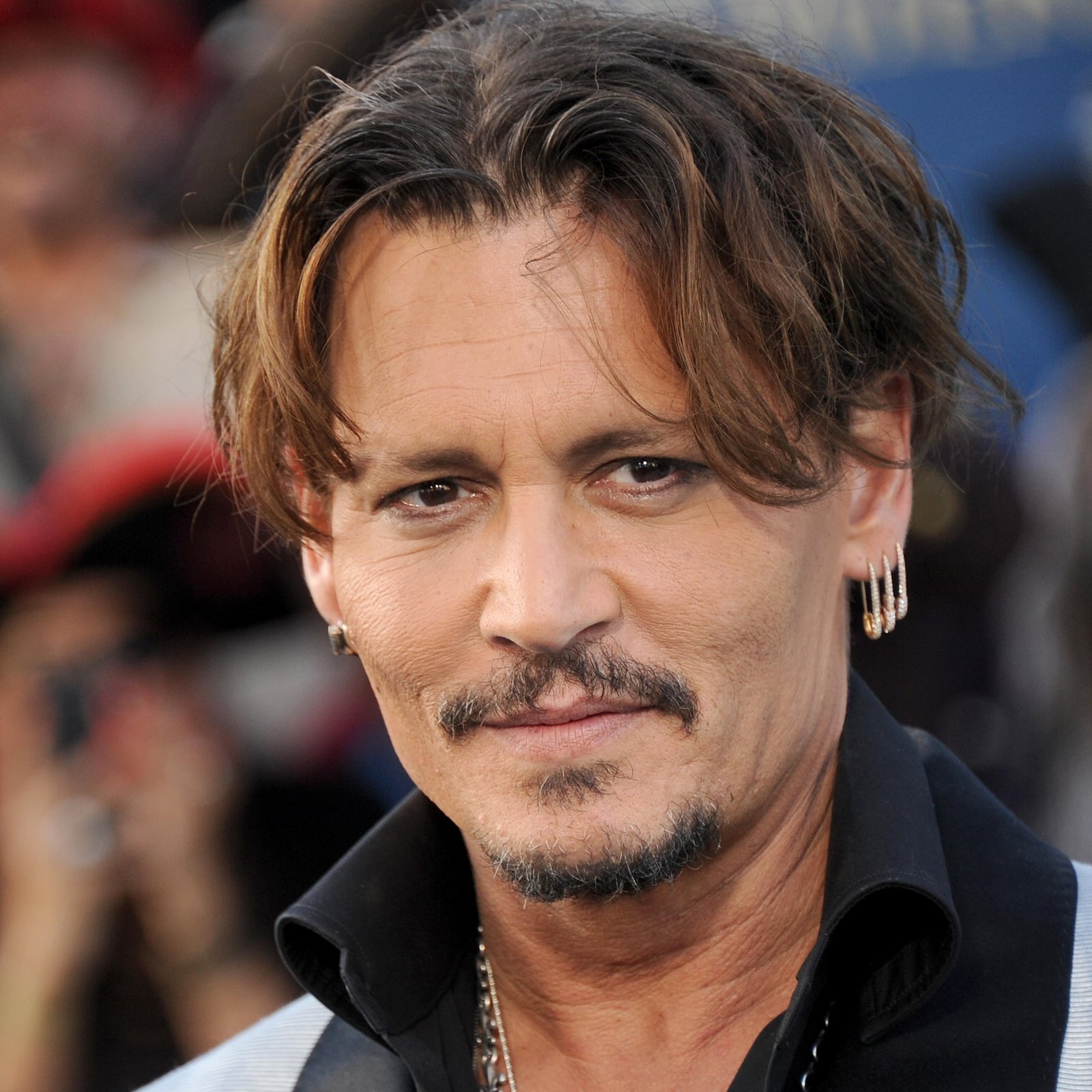 When Johnny was 15, his parents separated and in the following year, he dropped from Miramar High School. Colonel returned to school two weeks later but the principal refused him saying that” He should follow his dream.” So, he started playing with a band named “The Kids” and gaining local success. The Kids moved to Los Angeles in pursuit of a record deal and they changed their name to “Six Gun Method”. But very soon they broke up before signing a record deal.

Hence, Johnny continued as a musician with the band ‘Rock City Angels” where he wrote a song called “Mary” which was released on their debut album “Young Man’s Blues”. Johnny got married to his band’s bassist and singer’s sister Lori Anne Alisson in 1983. 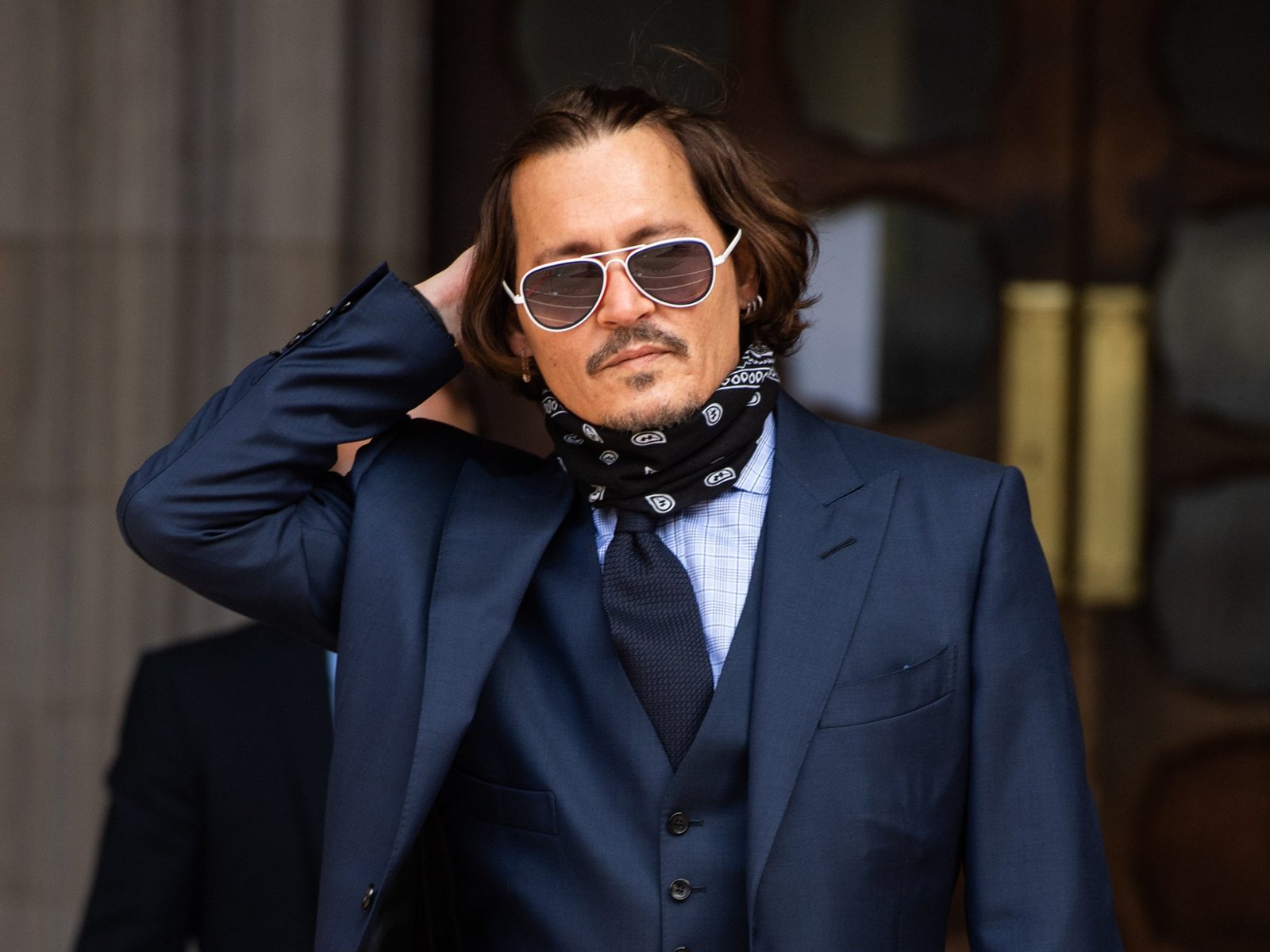 During their marriage life, Johnny was working as a telemarketer for a pen company. His wife introduced him to Nicolas Cage who advised him to come in Acting Profession. Depp and Allison divorced in 1985.

Nicolas Cage introduced Johnny with a Hollywood agent and he started his acting career as an extra. Finally, he got a chance in a horror film, “A Nightmare on Elm Street” in 1984. While playing a short film “Dummies” in 1985, Johnny falls in love with his co-actress Sherilyn Fenn. Hence, their love for each other was short-lived. He again proposed to actress Jennifer Grey but unfortunately, they broke up within a few months. 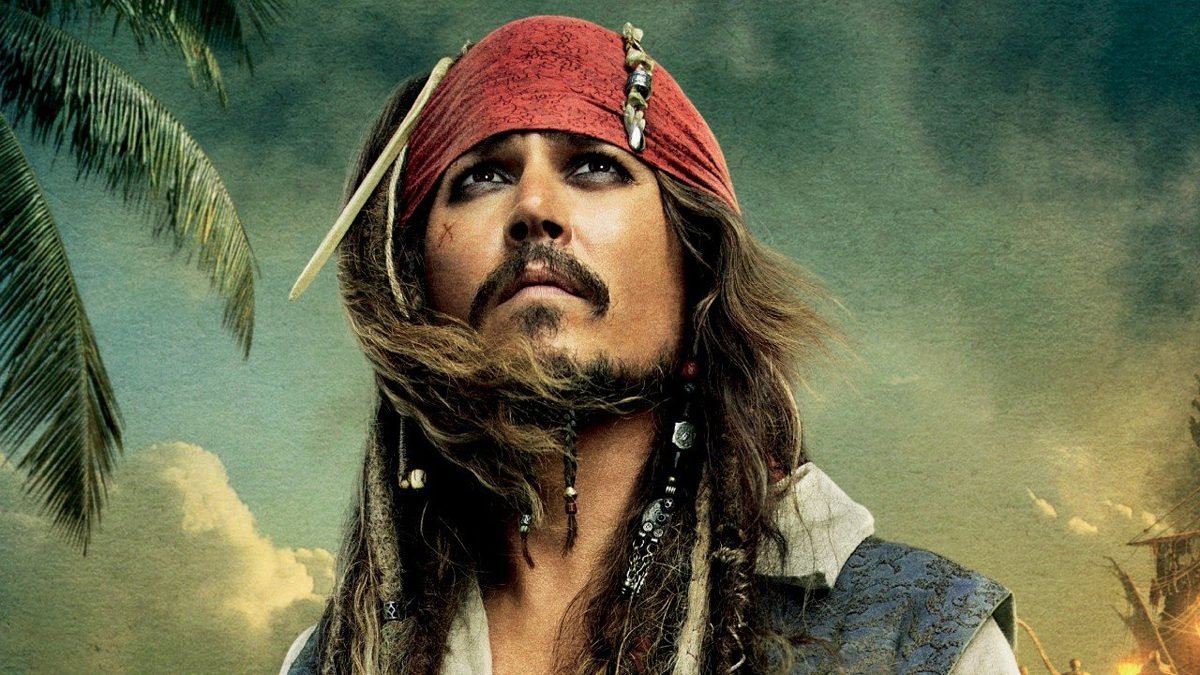 Johnny became successful after playing an important role in “21 Jump Street” with Frederic Forrest, who was his inspiration at an early age. Afterward, he decided to appear only in films which led him to work as the title character “Edward Scissorhands” (1990). The film was praised by critics and grabbed the box office hit title.

Following two years, Johnny did not involve himself in any project and in 1993 he appeared in three films, the romantic comedy “Benny and Joon”, What’s Eating Gilbert Grape”, comedy-drama “Arizona Dream”. At the box office, all movies were under the Parr. 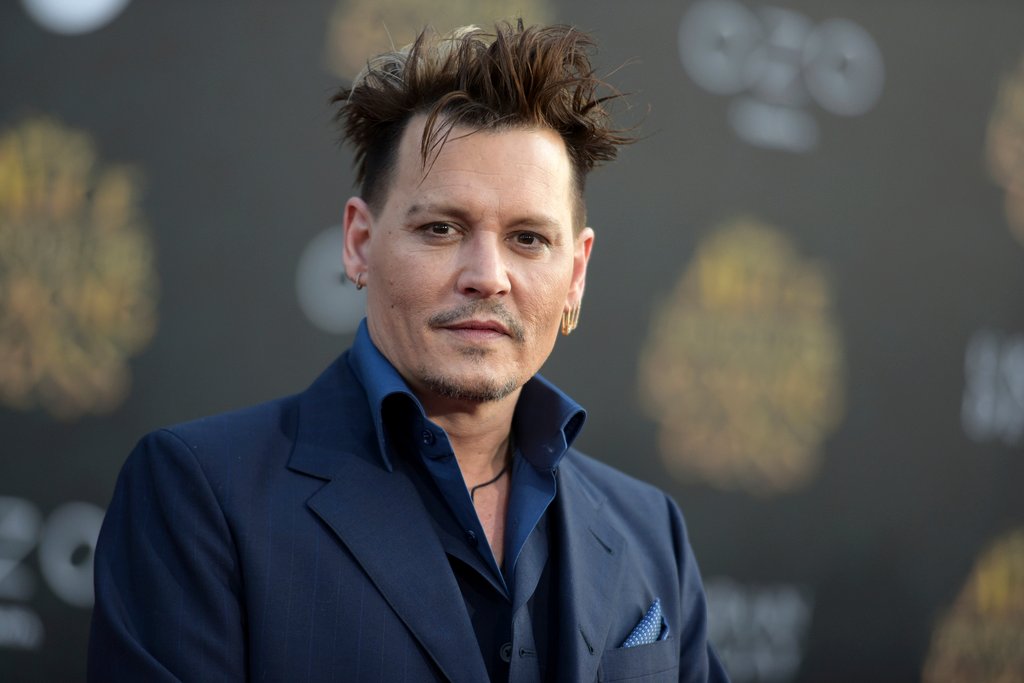 During these years, Johnny falls in love with several actresses but cycle time was very short. Even, he tattooed in his arm saying ‘Winona Forever” while he had a romance with Winona Ryder. But this love also ended in 1993. Despite his personal life, Johnny gained critics acclaim for his work.

In 1994, Johnny returned with “Ed Wood” movie, a biopic about one of history’s most clumsy film directors. Later he stated, after hearing about the project, he just made himself agreed to be a part of this project. Johnny got huge praise and critical acclaim from The New York Times saying that Johnny proved himself as an established and certified great actor. Depp was nominated for Golden Globe Award for Best Actor – Motion Picture Musical or Comedy for his impressive performance. 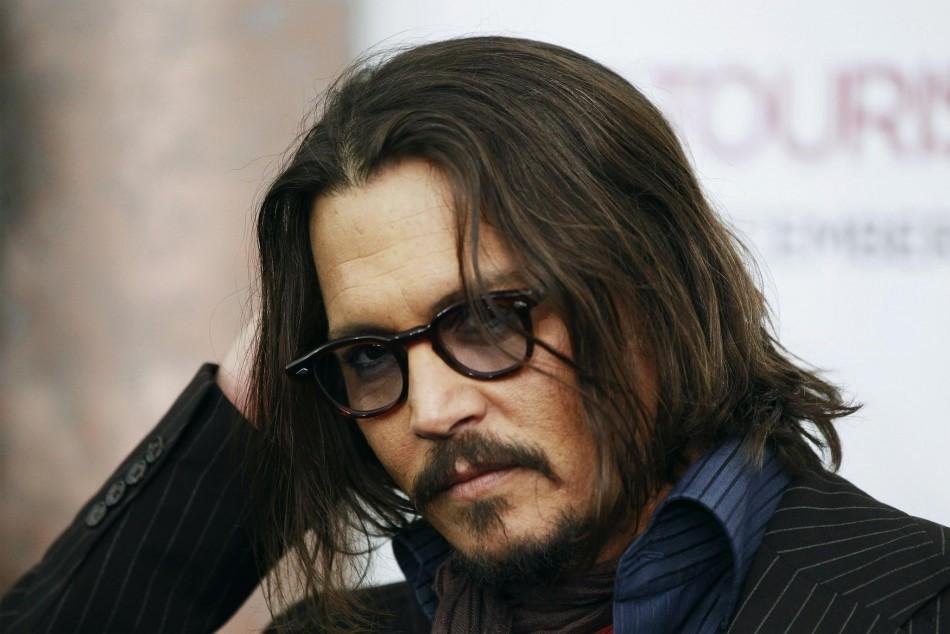 Next year, Johnny appeared in three films, crime drama “Don Huan DeMarco” as a man who believes he is Don Juan, “Dead Man” an entirely black and white movie, “Nick of Time” where he played the role as an accountant who is told to kill a politician to save his kidnapped daughter.

In 1999, Johnny appeared as a detective to investigate a series of murders committed by the Headless Horseman, “Sleepy Hollow” and a sci-fi horror named “The Astronaut’s Wife” He performed the next year in the short but popular romantic drama “Chocolat”, followed by a big-budget role as real-life cocaine kingpin George Jung in “Blow” in 2001. Johnny then starred in the terror drama “From Hell” in 2001 and Robert Rodriguez’s “Once Upon a Time in Mexico” in 2002. 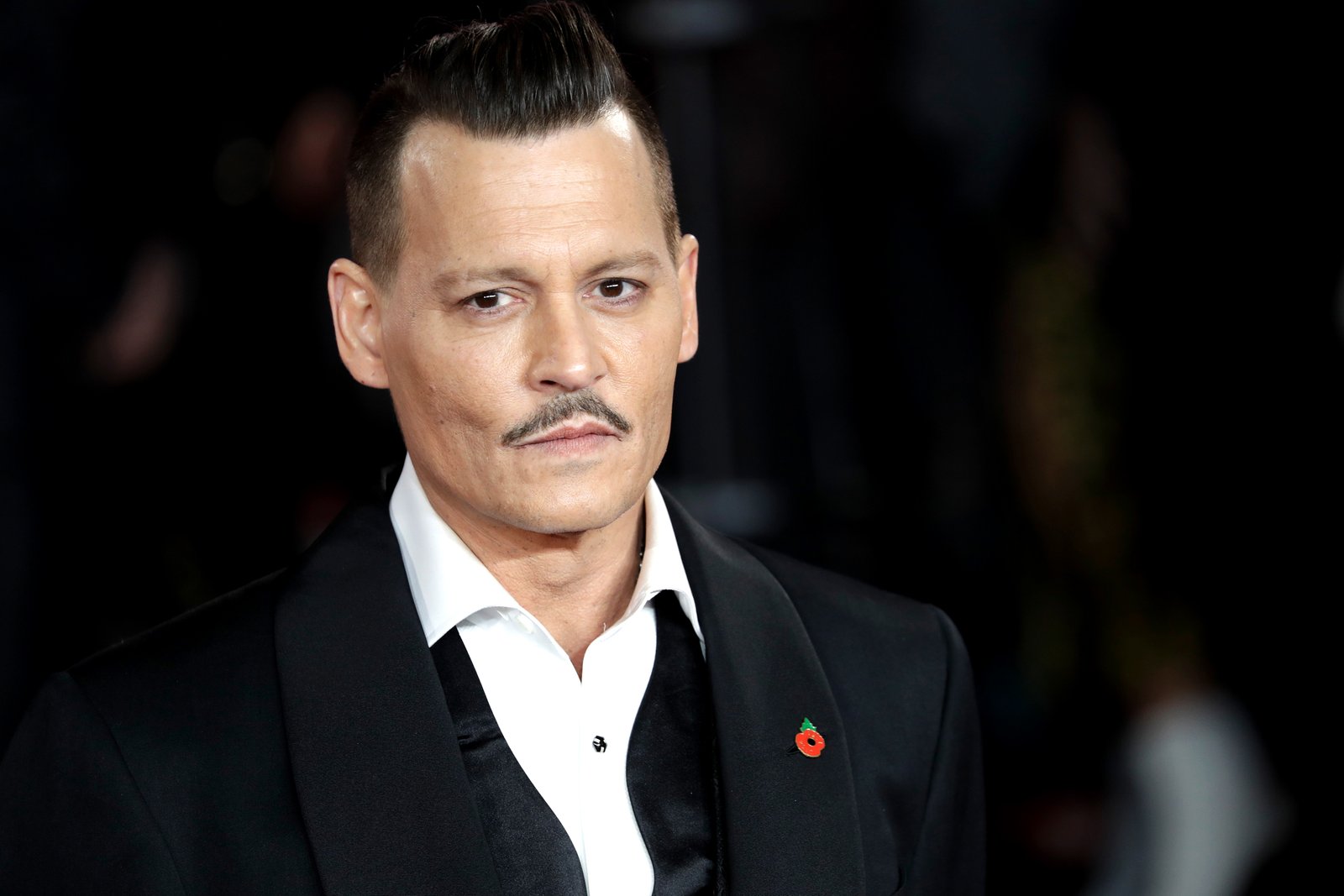 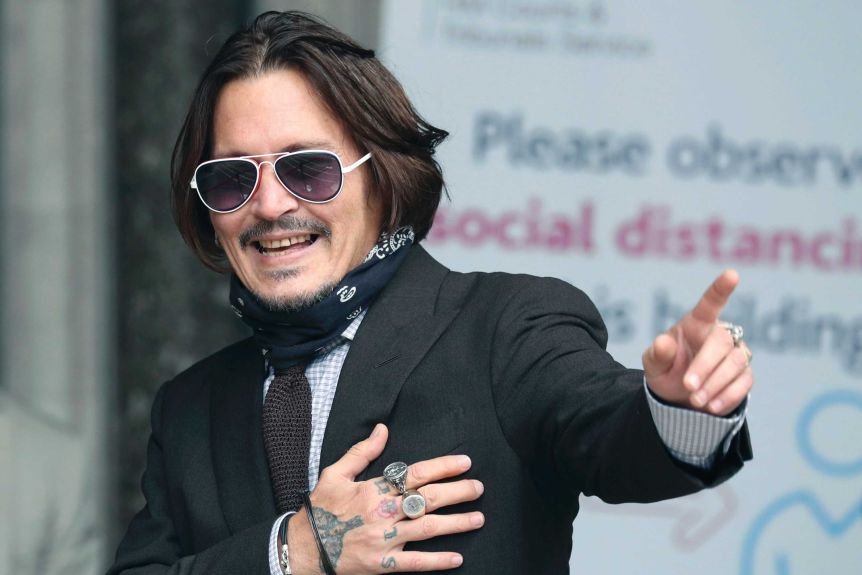 In 2018, Depp jumped into another major feature film franchise with the part of evil magician Gellert Grindelwald in “Fantastic Beasts: The Crimes of Grindelwald.”

Johnny Depp is the father of two beautiful children. While working in the sci-fi drama “The Ninth Gate” (1992) in France, he met with French Model Venessa Paradis. Venessa became pregnant and gave birth to their first baby girl Lily-Rose Melody Depp in May 1999. Three years later, they welcomed their second child, son Jack John Christopher Depp III. In 2012, a piece of news spreads that Depp and Paradis are not staying under the same roof. Initially, Depp denied this but later they confirmed their separation. 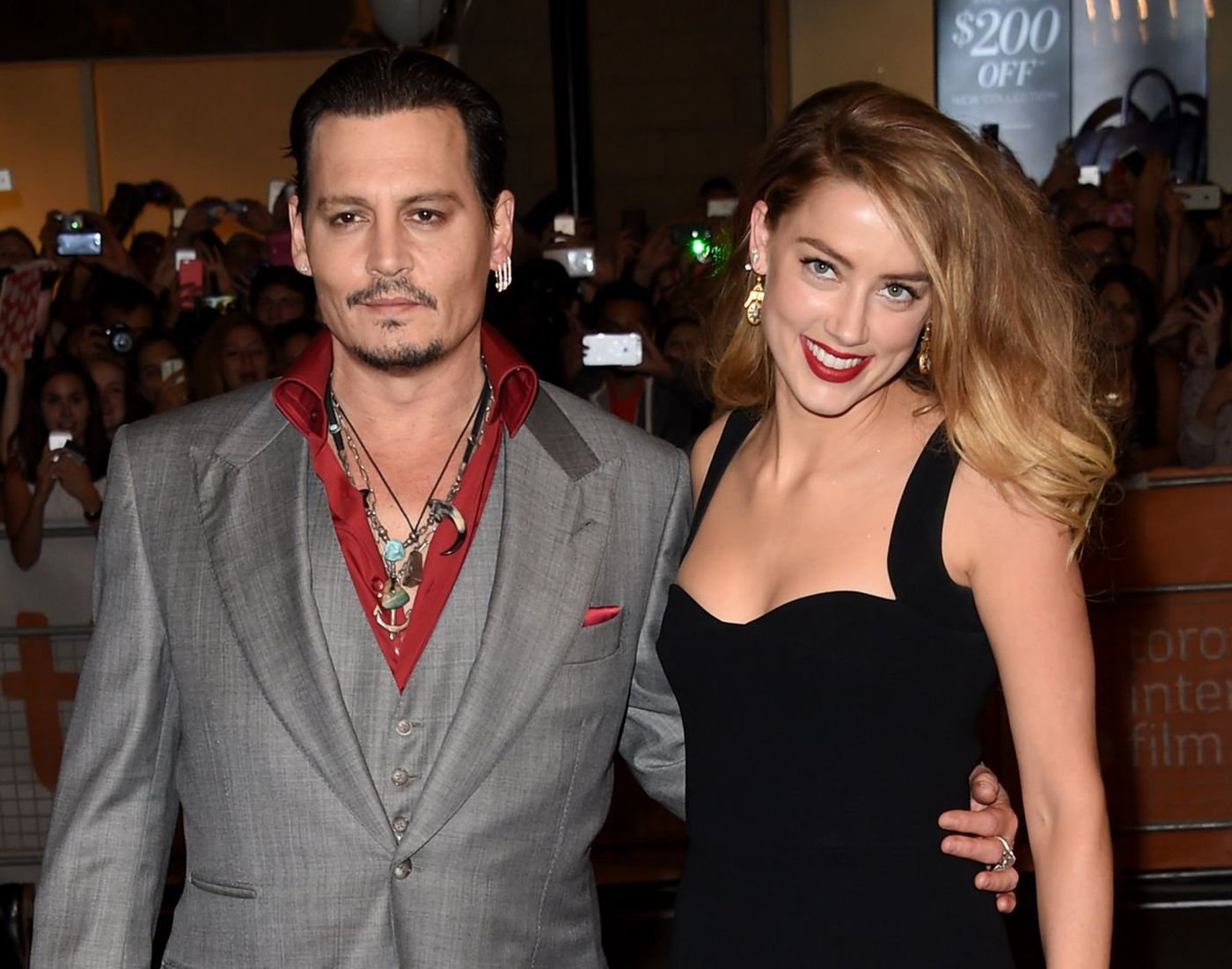 The same year, Depp engaged himself with the co-star of “The Rum Diary”, Amber Heard. The beautiful couple got promised on Christmas Eve in 2013 and tied the knot in February 2015. Unfortunately, Amber Heard filed a divorce notice in May 2016. She also filed a restraining order saying that Depp was both physically and verbally abusive. Finally, they reached an agreement and Depp paid Heard a settlement of $7 million. Amber Heard donated it to charity. Depp filed a $50 million offense lawsuit against his ex-wife a few months later claiming that Heard had physically abused him during the marriage rather than the other way around, a claim which Heard denies. 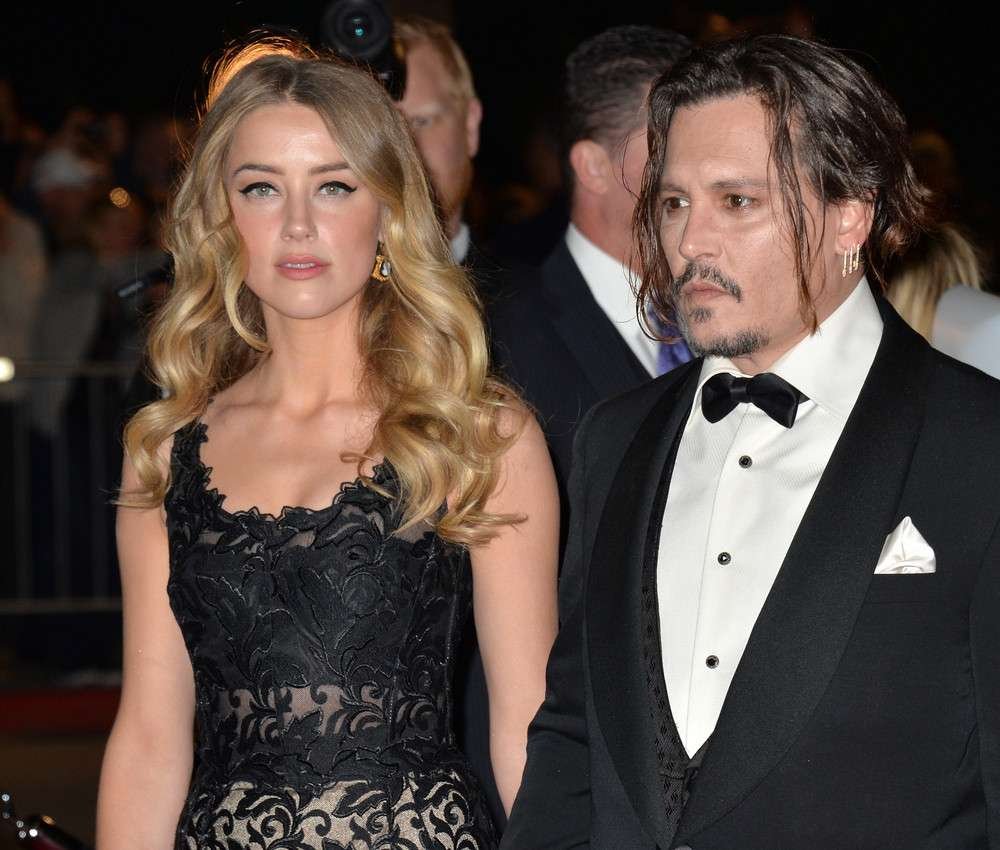 Despite this problem, Depp discontinued his management company in 2016 saying that, the company improperly managing his money. The Management Group later sued Depp for unpaid fees and countersued him for damages alleging that Depp was responsible for his fiscal mismanagement. In the end, they came on a settlement whereas details of the settlement were not released, both sides were reportedly satisfied with the result.

Johnny Depp’s net worth is $200 million. To date, Johnny Depp’s many successful films have grossed over $3.4 billion in America and $8.7 billion worldwide at the box office. 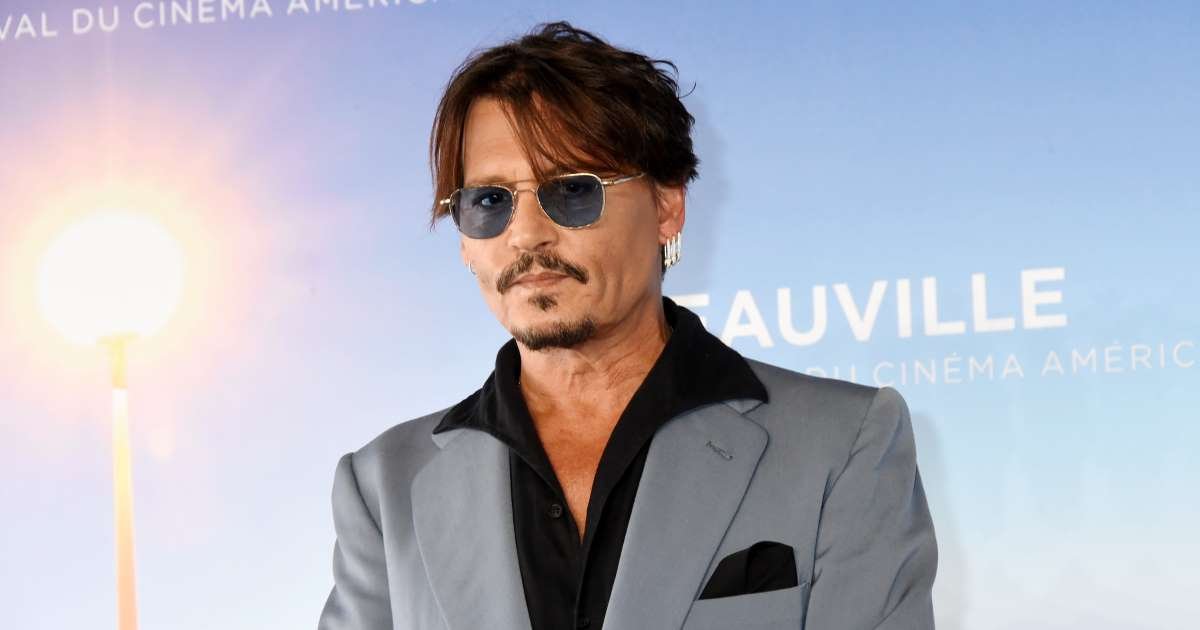 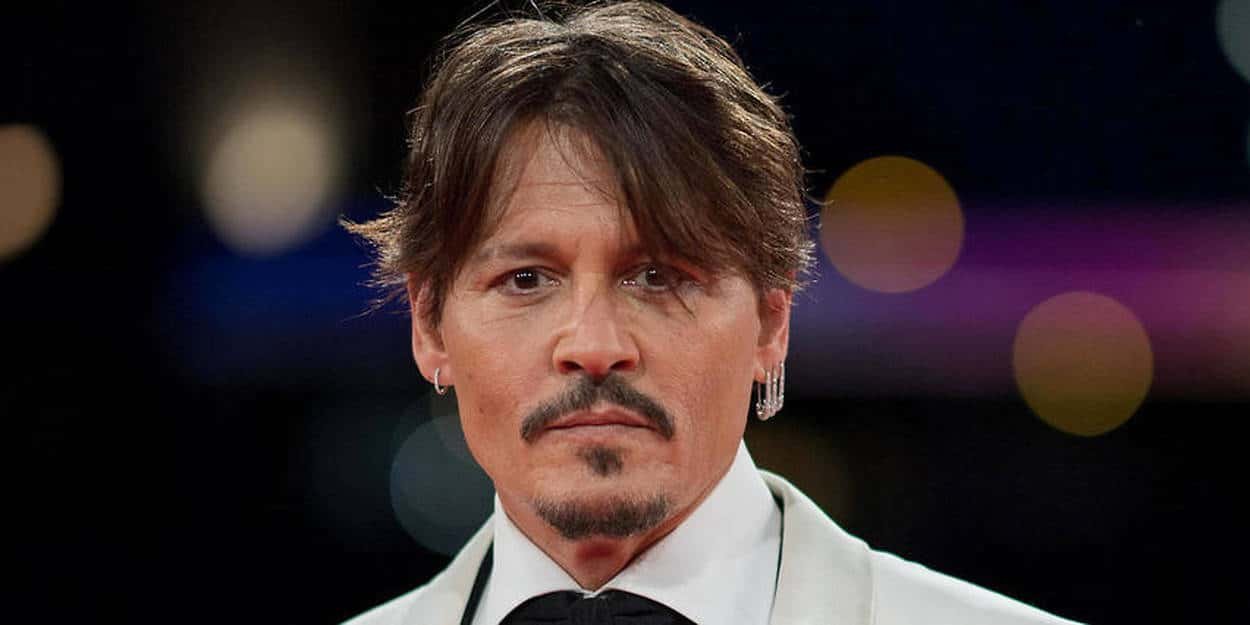 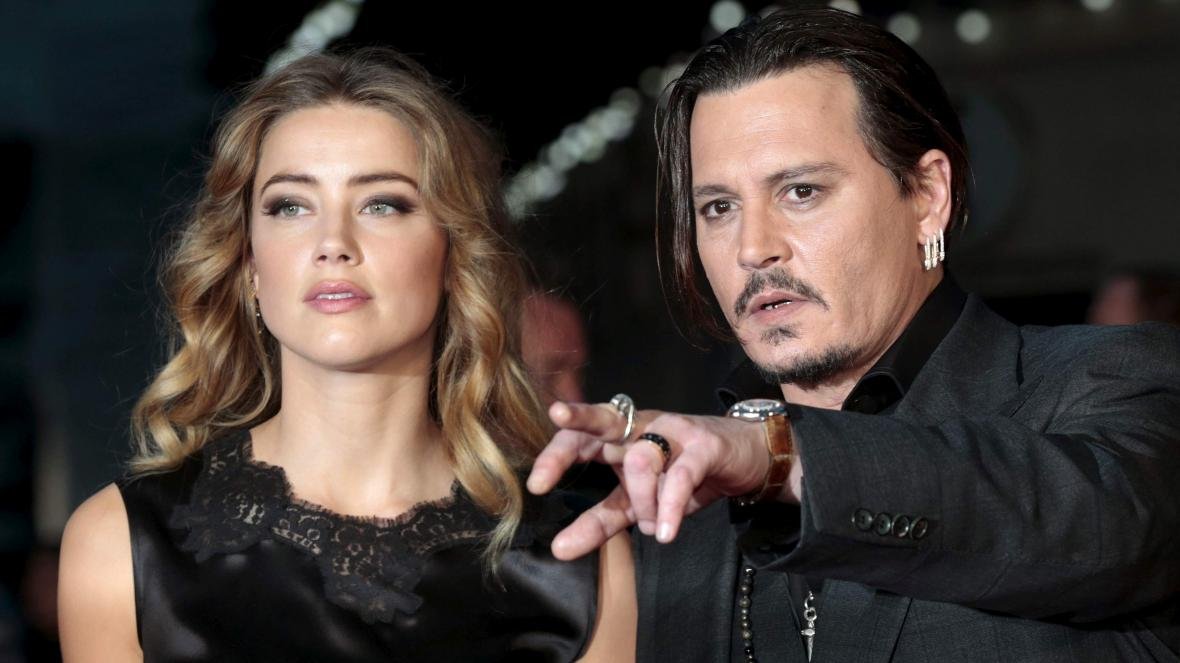